Jeff Hardy and Elias played a brutal tune as the two Superstars crushed guitars, drums, violins, and many more musical instruments in a Symphony of Destruction Match. The 24/7 mob added to the early chaos, as they chased R-Truth through the musical mayhem. After the interlude, Hardy went airborne hoping to take out his rival but Elias met him with a crushing guitar smash. The Charismatic Enigma eventually escaped to the outside, and a missed guitar strike resulted in an electric shock to the crooner. Hardy took to the skies one final time and this time connected on a Swanton Bomb through the instrument table for the final note.

Ricochet picked another fight with RETRIBUTION after falling to Mustafa Ali in his most recent effort. The high-flying Superstar battled back against the horde as Ali, MACE and T-BAR came to the aid of SLAPJACK. Dana Brooke added to the chaos when she confronted RETRIBUTION’s leader after RECKONING’s recent attack on her. The distractions ultimately proved too much as SLAPJACK caught Ricochet by surprise and secured the victory.

The Women’s Tag Team Champions had been destroying everything in their path, and then the Raw Women’s Champion teamed up with the red brand’s sole survivor. After dealing them their first defeat last week, Asuka & Lana teamed up once again to take on Nia Jax & Baszler. Jax & Baszler got creative with some synchronized slams of their opponents into the barricade, but the challengers tested their chemistry throughout. It appeared the champs were headed for victory as The Queen of Spades locked in the Kirifuda Clutch on Lana, but Asuka came charging in with a sliding kick to break up the hold. Lana made the most of her opportunity once again and sprung into the pin to get the win.

Cedric Alexander is out for some payback on behalf of The Hurt Business as he squares off against Raw Tag Team Champion Xavier Woods. Catch WWE action on WWE Network, FOX, USA Network, Sony India and more.

The Hurt Business hasn’t been able to get their hands on the Raw Tag Team Titles yet, but their war against The New Day is just getting started. Cedric Alexander and Xavier Woods went one-on-one in the rivalry’s latest installment in a battle of acrobatic Superstars. Alexander was on the offensive from the opening bell, but Woods responded to his intensity. In the final moments, Alexander struck quickly with a ferocious Lumbar Check and quickly burst into a fiery celebration. The solo post-match theatrics from Alexander seemed to catch the ire of MVP and Shelton Benjamin, as they looked on from the ring.

Keith Lee, AJ Styles and Riddle battle it out to determine who will challenge Drew McIntyre for the WWE Championship at WWE TLC. Catch WWE action on WWE Network, FOX, USA Network, Sony India and more.

A WWE Title opportunity was on the line, as AJ Styles, Keith Lee and Matt Riddle met in a “Sudden Death” Triple Threat Match. The big fella literally hurdled the early onslaught from Styles and Riddle, as Lee showed off his incredible mix of strength and agility. The action turned frenzy, as the three elite competitors traded blows with each looking for the opportunity to seize the match. It was the savvy veteran who seized the final opening who caught Riddle with a Phenomenal Forearm to book his ticket to face Drew McIntyre for the WWE Championship at WWE TLC.

Dana Brooke is out for some retribution of her own in a match against RECKONING. Catch WWE action on WWE Network, FOX, USA Network, Sony India and more.

After RECKONING’s recent attack sidelined her for Survivor Series, Dana Brooke rolled into Raw looking for payback. Brooke confronted Mustafa Ali earlier in the night, and then met her assailant in the ring. Fueled by her fury, Brooked scored a quick win, and the embarrassment prompted RETRIBUTION’s leader to lash out at RECKONING for her failure.

WWE Champion Drew McIntyre & Sheamus made their in-ring reunion against The Miz & John Morrison. The towering tandem threw their weight around against The Dirt Sheet duo early on, but the seasoning of Miz & Morrison helped them gain a temporary advantage. The King of Claymore Country put on a display, as he stormed into the ring off a tag and tossed Miz & Morrison from post to post. AJ Styles sought to tip the scales in his favor with a Phenomenal Forearm that disqualified Miz & Morrison, but took out McIntyre. Styles prompted The Miz to cash-in his Money in the Bank contract, but the WWE Champion would recover amid the chaos. Omos stepped in to carry The Phenomenal One from the ring, as McIntyre warned of what awaits at WWE TLC. 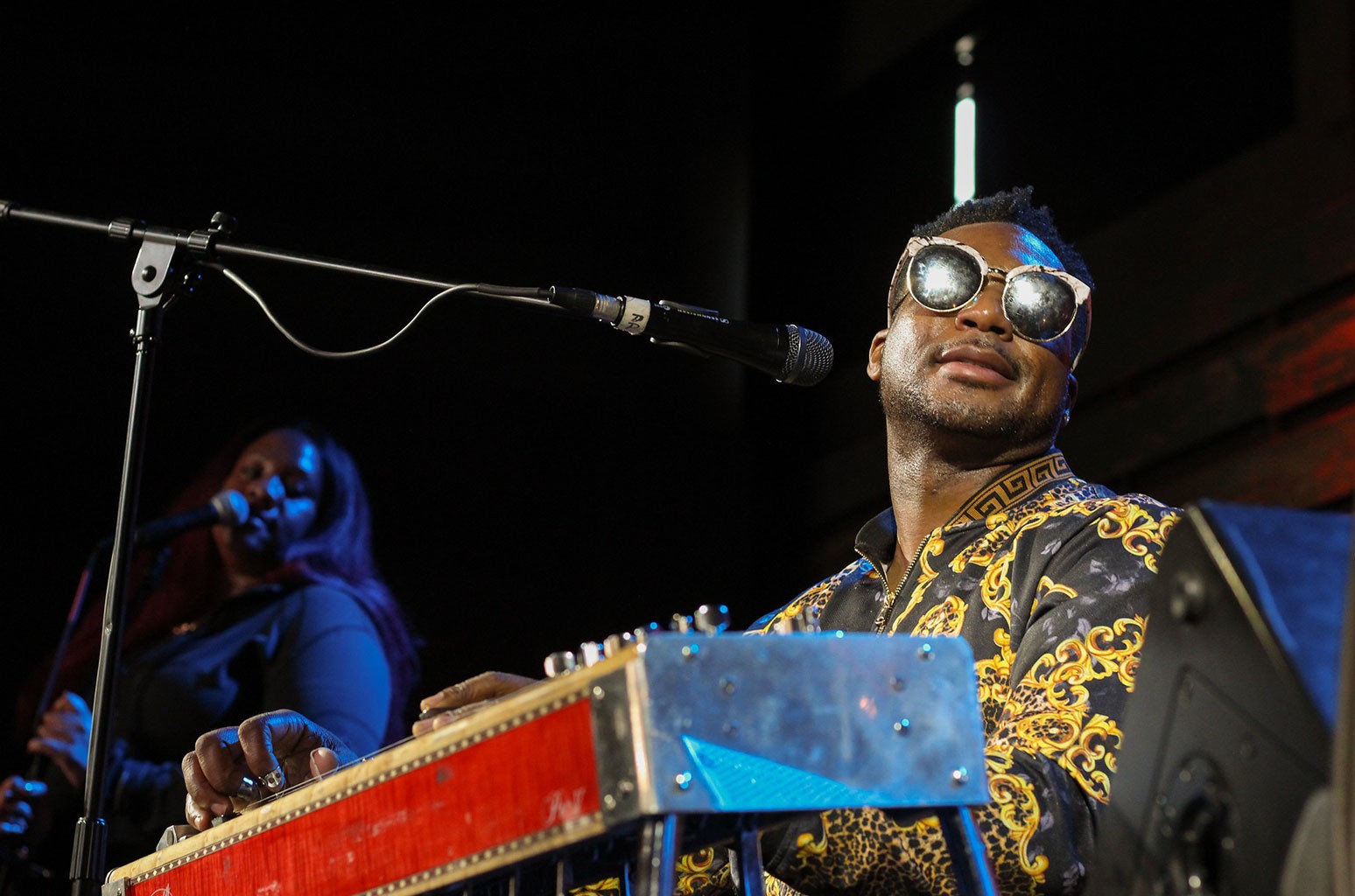 Robert Randolph, Nile Rodgers and More Kick Off Inaugural Juneteenth Unityfest: ‘We Finally Have Our Own Day’
2 mins ago 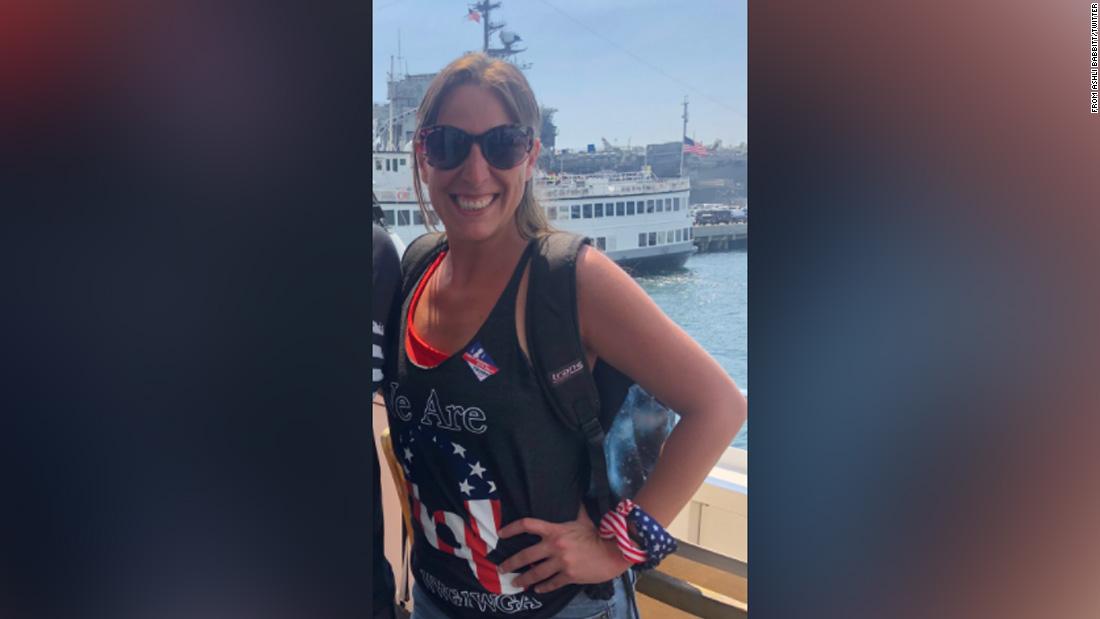 To some, she’s a martyr. To others, a terrorist
6 mins ago