The battle for control of the House is now the biggest unanswered question of this year’s midterm elections after Democrats kept their narrow Senate majority.

Victories in Arizona and Nevada, according to CNN projections, mean the party will enter 2023 with at least 50 Senate seats – and could add one more if Sen. Raphael Warnock defeats Republican challenger Herschel Walker in a Georgia runoff next month.

But there are other key races for other offices that are still outstanding.

Which party reaches the 218 seats necessary for a House majority will hinge on races in states with a large share of mail-in ballots – including California, where identifying winners in some races could take weeks, Oregon and Arizona.

Another high-profile contest remains too close to call: The Arizona governor’s race – where Republican Kari Lake, the Donald Trump-supported election denier, is facing Democratic secretary of state Katie Hobbs, a defender of the state’s election process.

The political world’s eyes are now on the battle for control of the House, where Republicans appear to be slowly inching toward a narrow majority but Democrats’ hopes have not yet fully faded.

Republicans have won 211 of the 218 seats they’d need to take the majority, according to CNN projections, while Democrats have won 204, with 20 undecided as of Saturday evening.

Her victory came largely as a result of Trump’s efforts to punish Republicans who voted to impeach him. Rep. Jaime Herrera Beutler, a moderate who was widely viewed as a lock for reelection, did not finish in one of the top two slots in the primary and therefore didn’t advance to the general election.

Regardless of the ultimate makeup of both chambers next year, Republicans’ lackluster midterm performance has prompted a backlash against House GOP Leader Kevin McCarthy.

In retaining their Senate majority, Democrats defied the historical trend of midterm elections breaking against parties in power and overcame anxiety about high inflation. Instead, voters punished Republicans who had opposed abortion rights and parroted Trump’s lies about election fraud.

The outcome is a huge boost to President Joe Biden over the remaining two years of his first term in the White House. It means Democrats will have the ability to confirm Biden’s judicial nominees – avoiding scenarios such as the one former President Barack Obama faced in 2016, when then-Senate Majority Leader Mitch McConnell refused to hold a vote on his Supreme Court nominee, Merrick Garland. It also means that Senate Democrats can reject bills passed by the House and can set their own agenda.

He said the Democratic Senate candidates “beat some very flawed challengers who had no faith in democracy, no fidelity to truth or honor. And even when the polls looked bleak, our candidates never gave up and never lost faith.”

He also touted Democrats’ ability to block any GOP measures that would ban abortion rights in the wake of the Supreme Court’s June decision to reverse Roe v. Wade.

“Because the American people turned out to elect Democrats in the Senate, there’s now a firewall against a nationwide abortion ban threat that so many Republicans have talked about,” he said.

Senate control already being settled will take some of the national spotlight – and the television advertising spending – away from the Senate runoff in Georgia.

But the December 6 race between Warnock and Walker is still important. A win would give Democrats a meaningful majority, rather than the power-sharing agreement currently in place with Vice President Kamala Harris serving as a tie-breaker in the 50-50 chamber. It would also give them a pad ahead of a 2024 Senate battle in which the party must defend several seats in states that typically back Republican presidential candidates.

“It’s just simply better. The bigger the number the better,” Biden, who is in the midst of an international trip, told reporters in Cambodia shortly after CNN and other news outlets projected Democrats would keep their Senate majority.

Warnock’s campaign had already launched a television advertisement laying out the stakes for the runoff.

“It’s about who has the competence and character to represent us; who’s willing to tell the truth; who has the knowledge needed for the job,” a narrator says in the spot.

It’s the second straight election in which overtime in Georgia, which is triggered when no candidate tops 50% of the vote in the general election, will be necessary.

In 2021, Democrats swept two Georgia Senate runoffs – Jon Ossoff’s race against then-Sen. David Perdue and Raphael Warnock’s match-up with then-Sen. Kelly Loeffler. Loeffler had been appointed to the Senate in 2019 when former Sen. Johnny Isakson resigned for health reasons. Warnock defeated her in the special election for the remainder of Isakson’s term.

Now, Warnock faces Walker, the former University of Georgia football star backed by Trump, in a race for a full six-year term.

The Arizona governor’s race between Lake, one of the most prominent election deniers on the ballot this year, and Hobbs, remains tight, with Hobbs clinging to a 34,000 vote lead as of late Saturday with an estimated 290,000 votes to be counted.

If she wins, Lake would be a rare Trump-supported election denier to win a competitive statewide race this year. Other Republicans who had parroted Trump’s falsehoods about widespread election frauds lost governor’s races in Michigan, Pennsylvania and Wisconsin and secretary of state races in Arizona, Michigan, Nevada, and more.

In an interview with CNN Saturday afternoon, Maricopa County Board of Supervisors Chairman Bill Gates said that about 190,000 votes remain to be counted in Maricopa County.

He said he was confident that about 95% to 99% of those votes will be recorded by Tuesday. He said the county will continue to report about 85,000 votes per night until they are done.

It’s perhaps the most closely watched race that’s too close to call. But several other key races are also undecided.

In Alaska, the state’s at-large House seat and one of its Senate seats will hinge on ranked-choice results. Democratic Rep. Mary Peltola, who won a special election this summer, is in a strong position to eclipse the 50% mark. But Republican Sen. Lisa Murkowski faces a stiffer challenge from Republican Kelly Tshibaka, who is backed by Trump as part of his bid for retribution against Murkowski and others who for his impeachment after the January 6, 2021, attack on the US Capitol.

And in Los Angeles, Rep. Karen Bass on Saturday widened her lead over developer Rick Caruso in the mayor’s race.

Officials in Arizona and Nevada continued to push back on election misinformation about the vote counting that was spread online by right-wing activists and by Trump on his Truth Social platform. Trump baselessly posted on Truth Social Friday night that Clark County, which is the most populous in Nevada, was “finding all sorts of ballots in Clark County” and “pulling out all stops to steal the Election from Adam Laxalt.”

Clark County Registrar of Voters Joe Gloria refuted Trump’s claim during a news conference on Saturday. In Nevada, ballots postmarked on Election Day could be counted as long as they arrived by Saturday.

“We’re taking ballots in that we’re required to take in according to the law, there’s no way that we can find ballots,” Gloria said. “They’re brought here by the United States Postal Service. As long as it’s postmarked [by Election Day], we process those ballots and put them in the count.”

Still, Laxalt acknowledged in a tweet Saturday morning that the mail-in ballots that had arrived over the past couple of days continued to break in higher Democratic margins than his team had calculated. “This has narrowed our victory window,” he tweeted. He said the race was coming down to the more than 20,000 Election Day Clark County drop-off ballots. “If they are GOP precincts or slightly DEM leaning then we can still win. If they continue to trend heavy DEM then she will overtake us.”

Underscoring the closeness of the race, Laxalt put out a series of tweets Saturday evening encouraging voters to “cure” their ballots to ensure that any ballots with technical errors with signature or other issues could be fixed to ensure they are counted. The deadline to cure ballots is 5 p.m. on Monday.

In Arizona, where CNN has projected that Sen. Mark Kelly will win reelection, GOP Senate nominee Blake Masters took a different approach – tweeting Saturday that all the votes should be counted before anyone predicts the outcome (even though Kelly continued to lead him by a significant margin).

“For my people who knocked doors in 115 degree heat, and for the million+ Arizonans who put their faith in me, we are going to make sure that every legal vote is counted,” Masters tweeted. “If, at the end, Senator Kelly has more of them than I do, then I will congratulate him on a hard-fought victory. But voters decide, not the media; let’s count the votes.”

Maricopa County Election officials pushed back on Masters’ earlier contention – one that Lake had also made – that the vote counting in Arizona was moving too slowly in Arizona’s most populous county.

“It’s really, really unfortunate that some candidates, some activists are deciding to spread this misinformation,” Gates told CNN’s Jim Acosta. “We have spent weeks at Maricopa County, getting that word out that people should not anticipate results on election night or even the next day. That it does take this long.”

Gates added that candidates and activists who were stating that the count was taking too long have not been “paying attention to the history of how we have counted votes here in Arizona for decades now. The average time over the last couple of decades to get through our count is 10 to 12 days.”

After a days-long search spanning 1,400kms, WA’s missing radioactive capsule has been found
6 mins ago 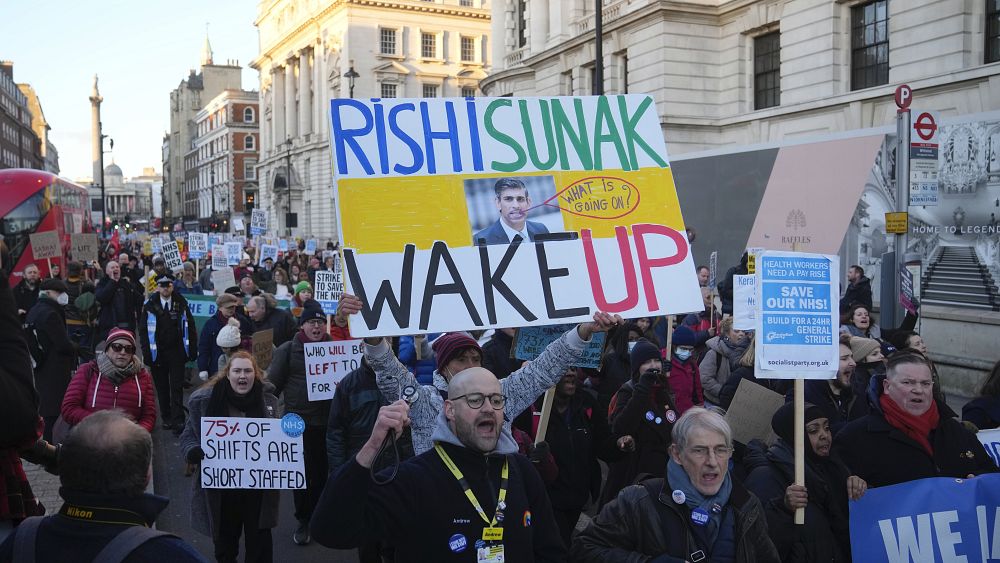 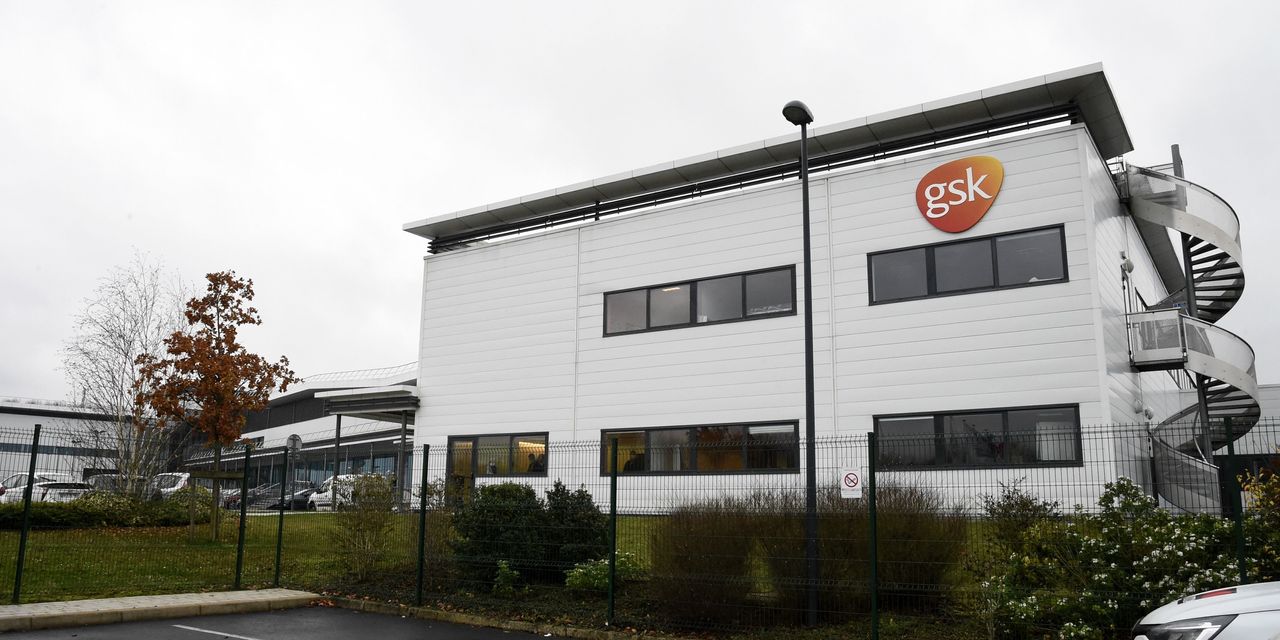