Trump, she said, put her, her husband, and their young daughter in danger of physical harm.

“He was scared,” Rachel Vindman said of Trump.

“He would do anything to discredit Alex, whatever it took, because Alex had heard the phone call, he was the main person to discredit,” she said. “We received some not-so-nice notes in the mail and some weird packages. We could see things online of people supporting him, and… it buoyed us.”

Alexander Vindman raised concerns about Trump’s July 25, 2019, phone call with the Ukrainian President to other officials on the National Security Council.
Trump fired him from his role as the top Ukraine expert at the White House in February, ultimately leading to his decision to retire from the Army this past summer.

According to Rachel Vindman, her husband believed raising his concerns about the phone call would lead to an internal course correction in the President’s approach to Ukraine, and he had no idea it would set in motion a whistleblower complaint that led to Trump’s impeachment.

She remembers the evening in September of 2018 that, in retrospect, was the last day of her old life as a military spouse. It was a Thursday and she was reading a book. Her husband got into bed.

“He was like, ‘So, there’s a whistleblower complaint that’s gone to Congress,'” she recalled. “And I was like, ‘Oh, yeah, I think I heard something about it, but I haven’t had a chance to read about it.'”

“And he said, ‘Well it was about a phone call to (Ukrainian) President (Volodymyr) Zelensky’. And I said, ‘Well, you heard the phone call, was it OK?’ And he just kind of stopped there and dropped off and asked me to check on his personal liability insurance the next day. Then he promptly fell asleep. And I stayed awake all night.”

Rachel Vindman was worried, but she had no idea the extent to which her husband was about to become embroiled in an historic presidential impeachment.

“The following week there was more information that came out. The more the President talked about it, the more I thought there was probably something to it,” she said.

Shortly after, a whistleblower complaint was made public detailing the call her husband, along with other aides, had heard.

She had watched as her husband read the complaint.

“He doesn’t really get nervous or ruffled,” she said, “but if I would say there’s one moment in all of this it was maybe reading that complaint that — you know, I could tell he was serious. And he’s not someone who takes things seriously that don’t deserve to be taken seriously, and I felt that.”

Eventually he was subpoenaed by Congress to testify in the President’s impeachment, behind closed doors at first, and then publicly.

Rachel Vindman helped her husband write his opening remarks that introduced him, for the first time, to millions of Americans.

“I wanted to talk about his service, about what brought him here,” she explained. “I knew probably on his own he would never introduce himself.”

A key part of the statement was about his immigration to the US as a refugee from then-Soviet Ukraine. Vindman and his twin brother, who also worked on the National Security Council, were only 3 years old when their father brought them and their older brother to New York City.

“We literally went word for word and considered every word that he would say,” Rachel Vindman explained.

What followed was a whirlwind. Lt. Col. Vindman was a decorated active duty military officer at the time. He received a Purple Heart for injuries he sustained from a roadside bomb during a 2004 deployment to Iraq. He had earned his Ranger tab and the Combat Infantryman Badge.

The Vindmans were not prepared to have his patriotism questioned, but that’s exactly what happened.

“It was the most gut-wrenching feeling. I never expected it. So it was just a suckerpunch to see someone accuse him of being a traitor,” Rachel Vindman said.

On Fox News, host Laura Ingraham accused Alexander Vindman of working to help the Ukrainian government, against the interests of Trump, noting the Lt. Col. sometimes spoke to them in Ukrainian, his native language.

Her guest, John Yoo, a former official in the George W. Bush administration best known for writing the legal rationale for the enhanced interrogation of suspected terrorists that was later determined to be torture, responded, “I found that astounding, and some people might call that espionage.”

“I have tremendous respect for a decorated officer of the US Army and a veteran of the Iraq War. I have no reason to question Vindman’s patriotism or loyalty to the United States,” he said.

But Yoo’s initial comments opened the gate for other criticism from the President’s allies and the damage was done.

Alexander Vindman would eventually be fired from his prestigious National Security Council position by Trump and escorted from the White House grounds.

This summer, he retired earlier than he had planned when it became apparent his career prospects in the military were limited. Even the insinuation that one’s loyalty to one’s country has been compromised is a liability for a foreign area officer like Vindman, who would normally be assigned to an embassy position in another country.

Rachel Vindman remembers watching her husband testify before Congress, filled with pride, even as she worried about the cost his honesty would exact on his career and their family.

After the testimony, Trump was asked if the Lt. Col. should face disciplinary charges from the military.

“That’s going to be up to the military,” the President responded at the time. “We’ll have to see.”

“The most powerful man in the world is — you know, a very veiled, like, ‘We’ll see about your spouse and your life.’ It’s — it is really intimidating,” Rachel Vindman recounted Friday.

It was becoming obvious that her husband — and her family — would forever be defined by his role in the President’s impeachment.

But even now, after her husband’s retirement from the Army, she hasn’t fully wrapped her head around it.

“I think we’re still processing that. I don’t think that that’s something we’re going to be able to put into context for a very long time,” Rachel Vindman said.

“What I’m most concerned about is our daughter, who’s nine and a half. She knows that her father did a good thing by telling the truth, and we’re pretty honest with her about that. She also is not immune to knowing there are people who don’t like him. She does understand, but, of course, on a 9-and-a-half-year-old level. Hopefully in time, she’ll see the whole thing.”

The last two years have been challenging for the Vindmans, but they’ve been through worse.

In January 2009, Rachel was pregnant with the couple’s first child, a girl. She delivered the baby, whom the Vindmans named Sarah, four months early.

“A week later she passed away, and we hadn’t been able to hold her during — because she was such a micro preemie. So… when they gave her to us, Alex held her because I had carried her, so he held her as she took her last breaths,” she said Friday.

“And then, Alex, after that, (had) a huge burden, Alex had to carry me for two years until I could be a normal person again. That was the hardest thing I think any couple will go through, to lose a child.”

In short succession, both of her parents passed away and she gave birth to their surviving daughter.

“I knew that whatever we went through with this wouldn’t hold a candle to that — those tough times,” she said. “And I also always knew that he would do the right thing. That’s something that we also want in a leader — in our leaders, leadership, to have leaders with values.”

The Vindmans have begun to speak out about their experience, hoping to sway voters ahead of the presidential election.

They appear in a new ad for The Lincoln Project, a conservative, anti-Trump organization.

Alexander Vindman agreed recently to an interview with Jeffrey Goldberg at The Atlantic, after reading an article he wrote about the President allegedly calling service members killed in war “suckers” and “losers.” Goldberg also described Trump at Arlington Cemetery on Memorial Day in 2017, saying, “I don’t get it. What was in it for them?”

Trump denies he ever made the comments even as multiple media outlets, including CNN, have confirmed various elements of the initial report.

In Rachel Vindman’s mind, there is no doubt the President said those things.

“I felt sorry for him, that he can’t understand the beauty of service to others, of serving something more than himself,” she said.

“It is the privilege of my lifetime to be married to a military service member … We have friends whose husbands have made the ultimate sacrifice, and to not understand why someone would do that, I feel sorry for him that he can’t understand that,” she said.

The Vindmans have received criticism for wading into politics, but Rachel Vindman seems unphased by it.

“I’m sure a lot of people are wondering why I’m speaking out now and why I’ve chosen such a visible role, and I will say that it’s not something that Alex finds — he’s not so excited about it,” she said.

“But to me, if I have a voice, even if it’s a small voice, I think everyone should do their part for this election, and this feels like something that I can do.”

Despite the hardships she and her family have endured the last two years, Rachel Vindman says she is optimistic about the future — both for her family and the country.

“I’m not worried about the future, because Alex’s father came here in his 40s, he didn’t speak English, he had $450 and three little boys and a mother-in-law who didn’t like him very much, and he learned English and was able to get a job and provide for his family,” she said.

“And that’s still the United States that I live in. That opportunity still exists, and I am not worried about the future, because I know no matter what, we’ll make it work.” 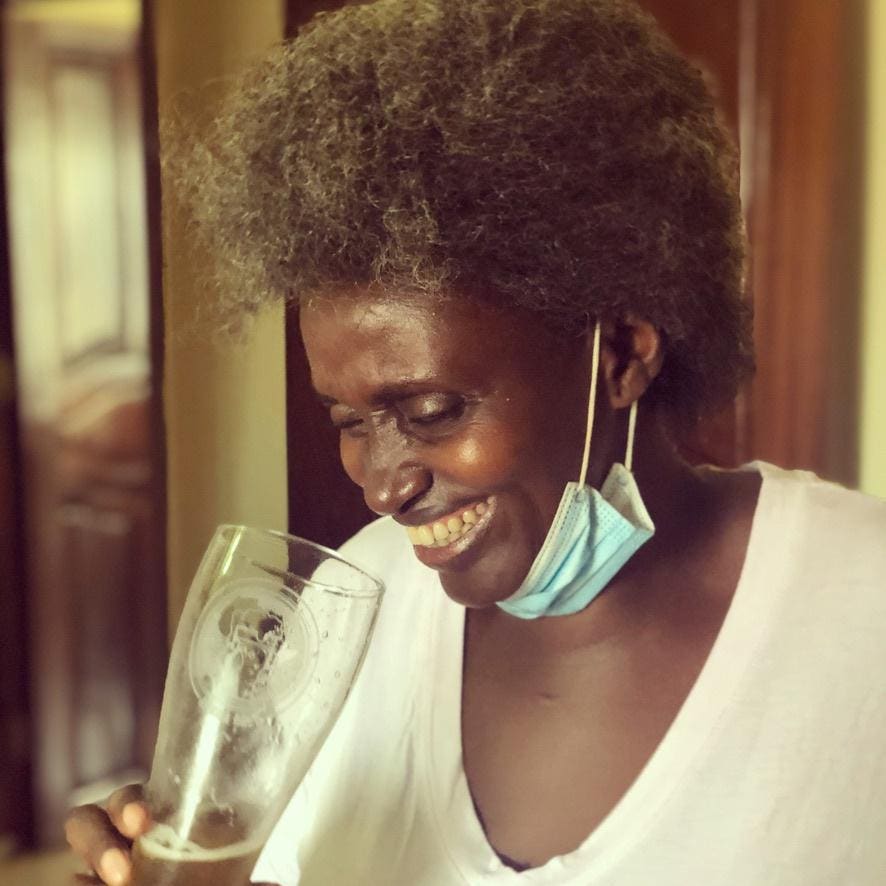 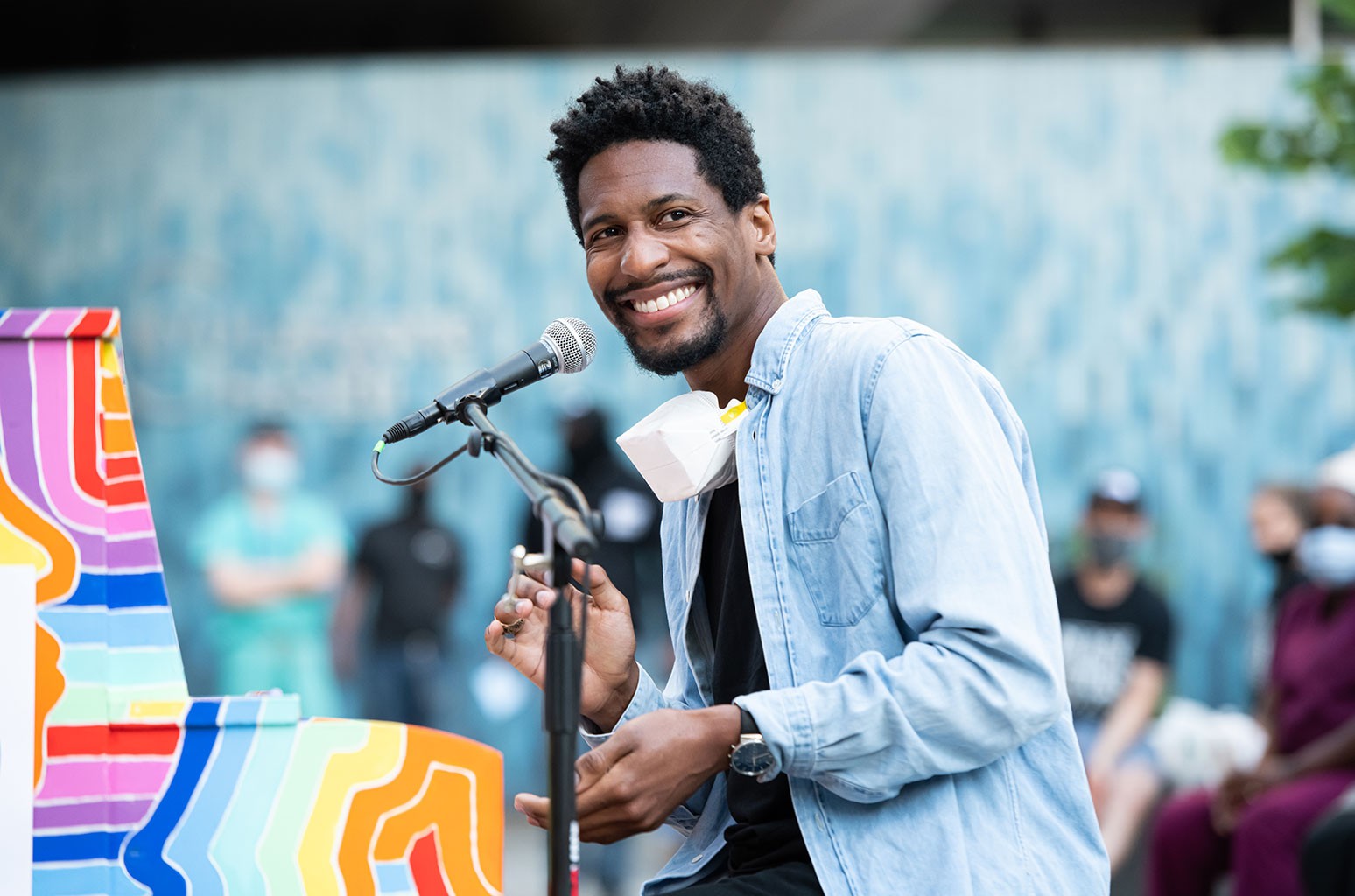 Are 2021 Golden Globe Music Winners Sure Bets for Oscars?
19 mins ago