Classes at Brigham Young University have just begun, and queer students are already being reminded of the complicated relationship they have with the private religious school.

When LGBTQ students, alumni and friends gathered off campus at a park in Provo, Utah, for a back-to-school event last weekend, they were met by dozens of protesters. Some openly carried handguns and others were carrying “God hates gays” signs and yelling, “There are no gays in heaven.”

But soon, 12 people wearing 3-feet long “angel” wings shielded the Pride event attendees from the hate and showed them that more people stood with LGBTQ students than against them.

“When I saw the angels, to me, it was more than just angels. It was this way to physically embody and refute the claims that God hates gay people,” said Maddison Tenney, a 23-year-old BYU student and one of the organizers of the event.

Tenney said the angel wings helped the “queens and kings” that were performing from seeing the protesters and kept the “queer kid safe.” Most of the protesters, she said, left before the show ended.

Organizers had expected crowds of protesters and for weeks and they made sure that everything from costumes to the music played during the event and drag show was family friendly and would not go against church policies, Tenney said.

“We wanted this experience for both those on our side and those who are against us to understand that it wasn’t that scary and that it was family friendly, and that just (as) they have their free speech, we have ours and both of us can coexist in the same space,” said Tenney, who created the nonprofit and off-campus group RaYnbow Collective to support LGBTQ+ students at the university.

Provo Police Department Sgt. Shad Lefevre said there were about 100 protesters, including members of the student group BYU Conservatives and at least one other conservative group, both of which are not affiliated with the university. Ahead of the event, Lefevre said BYU Conservatives urged community members to join them in protest and met with police to discuss local laws.

“Their messages were very, very far in contrast but they both had messages they wanted to share,” Lefevre said.

Lefevre, who was among the six police officers assigned to keep the event peaceful, said there was “some bumping and shoving” but confrontations deescalated and did not become violent.

LGBTQ students have long described their experience at the university owned by the Church of Jesus Christ of Latter-Day Saints as incredibly complex.

For years, queer students couldn’t be open about their identities for fear of violating the university’s student honor code, which is based on LDS principles. That changed in 2020 but the honor code still bans them from dating in public, holding hands and kissing their partners.

Last year, a student complaint prompted the US Department of Education’s Office for Civil Rights to launch an investigation into whether BYU treated queer students differently. But in January, the investigation was dismissed with federal officials citing a religious exemption that BYU and other religious colleges and universities are subject to.

In a survey sent to BYU students in Spring 2021, about 8% of the 13,451 students who completed the survey identified themselves as being gay or lesbian, bisexual or of another sexual orientation.

The survey showed 74% of all respondents said they have experienced or witnessed “derogatory remarks about LGBTQ+ people.”

Students and allies have found ways to support each other despite the university’s strict rules. Tenney said faculty and staff members advocate for queer students and stand up for them if someone says something homophobic in class.

While no clubs for queer students are allowed to meet on campus, a group of BYU students called USGA, also known as Understanding Sexuality, Gender, and Allyship, has held weekly meetings elsewhere to offer “a safe space for open, respectful conversation on LGBTQ & SSA topics.” The group is an “unofficial” group and “has never been an official club” at BYU, according to its website.

Late last month, the university removed pamphlets with off-campus resources for LGBTQ students from welcome bags intended to be distributed among new students.

Tenney said her organization paid and signed a contract with BYU’s newspaper the Daily Universe, which was distributing the welcome bags, to include 5,000 flyers promoting a back-to-school pride night and copies of a guide of LGBTQ+ resources in the community.

“All students deserve better. And BYU should lead all Christian education and kindness and love and inclusion,” Tenney says. “And if we’re following the example of Jesus Christ, then there’s nothing that should stop us from wanting to help educate and include other people.”

Todd Hollingshead, a BYU spokesperson, told CNN the university decided to remove some materials “from an organization outside of the university.”

“The decision to remove the materials by Student Life was based on the university’s commitment to providing support through the Office of Belonging and our counseling services and not to allow outside entities to imply affiliation with or endorsement from the university,” Hollingshead told CNN

Hollingshead says the Daily Universe is now “reviewing its approval process for advertising content,” and says the person involved in advertising the resources has been reimbursed.

When the number of protesters increased considerably at the pride event last weekend, 12 people including parents of queer BYU students, alumni and allies in the community dressed as “angels” with large wings and formed a barrier to keep the groups separate, said Logan Bushman, a recent BYU grad who built the wings.

Similar angel wings have been used a number of times since 1999 when Romaine Patterson created them as a peaceful sign to push back against hate and to honor Matthew Shepard, a gay college student who was beaten to death in Wyoming in an attack that sent waves throughout the nation.

For Bushman and Tenney, seeing people wearing the angel wings was emotional. It was a public and uncommon display of love for the many LGBTQ students at BYU often feel unsafe or like they belong, they said. 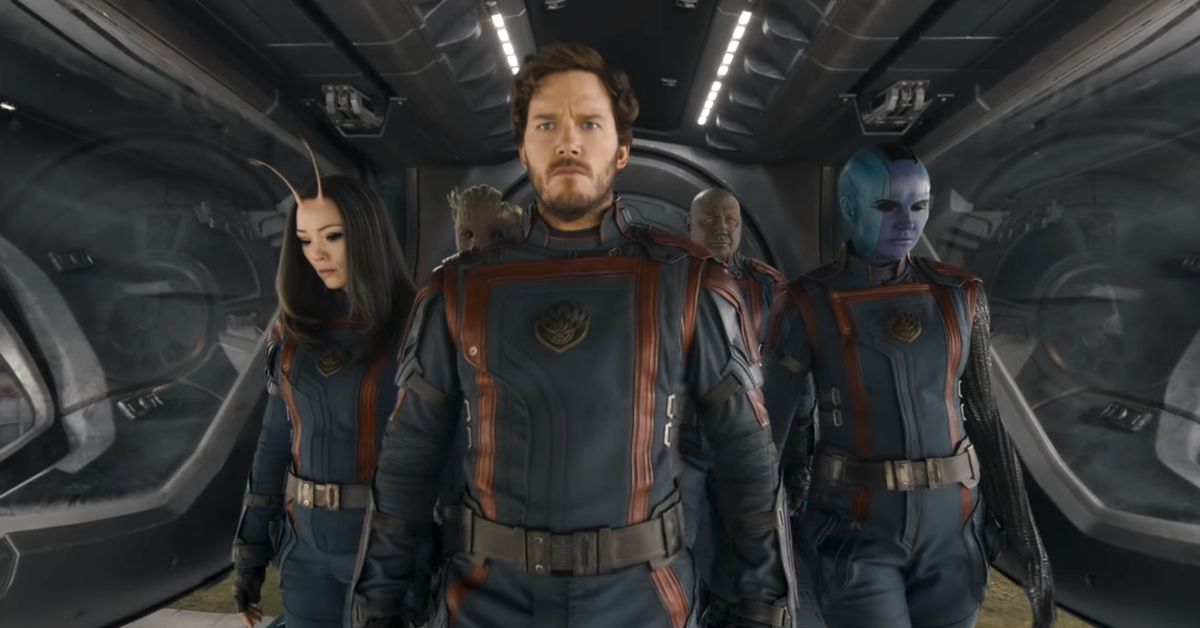 The Guardians of the Galaxy Vol. 3’s first trailer gets the whole gang back together – News Opener
1 second ago

The Guardians of the Galaxy Vol. 3’s first trailer gets the whole gang back together – News Opener

Parler's owner says it "has mutually agreed with Ye to terminate the intent of sale of Parler", after announcing the deal in October (Darrell Etherington/TechCrunch) – News Opener
2 mins ago

Parler's owner says it "has mutually agreed with Ye to terminate the intent of sale of Parler", after announcing the deal in October (Darrell Etherington/TechCrunch) – News Opener