It’s as if Seoul is infatuated. Stroll through the South Korean capital and amid the sea of traditional Hangul characters it’s hard not to notice the same four letters of the Latin alphabet cropping up again and again: MBTI.

Those four letters are emblazoned on ads, peppered into daily conversation, featured in computer games and even on Spotify playlists. Stop by a cafe and you may hear couples on their first date discussing them; visit a fortune-teller and they may be invoked as portents of your future; open a dating app and about a third of profiles will include them.

The MBTI is a personality test, known formally as the Myers-Briggs Type Indicator, that divides people into 16 “types” – each of which is assigned psychological traits and a four-letter code.

The test was created by two Americans who saw it as a way of matching women to jobs during World War II. It has drifted in and out of fashion ever since, gaining popularity in the 1990s as a career counseling tool in colleges and offices.

But its most recent surge in popularity is among hip young South Koreans, for whom knowing your MBTI type has become the latest craze – particularly when it comes to dating.

Rather than waste time with more traditional ways of finding a partner, some diehard believers of this younger generation, mostly in their 20s and 30s, are using the MBTI to cut to the chase – and rule out personalities deemed incompatible.

The MBTI approach to dating appeals to the practicality of the “MZ Generation” (a combination of Millennials and Gen Z), according to Lim Myoung-ho, a psychology professor at Dankook University.

“In this society, if you know the type that suits you well in advance, that is considered more efficient,” Lim said.

That’s why Lee Da-hyun, a 23-year-old university student in Seoul, always lets people know her MBTI type before meeting them for the first time.

“I don’t need to go on and explain about myself. I can save time by saying that I’m ENFP (“energetic and friendly”), and they can understand what kind of person I am,” Lee said. “Everyone knows one’s type and the personality of that type nowadays.”

Lee’s experiences have only strengthened her belief in the system. Her boyfriend’s type is supposedly compatible with hers – and “we’ve been together for over 1,000 days, so that’s proof these types are good for each other,” she said.

But not everybody is convinced. Some experts – some of whom may remember the MBTI from its previous incarnations – wonder if the younger crowd is overlooking swathes of eligible partners in the misguided hope of finding their happily-ever-after within an elusive four-letter combination.

The mother-daughter duo of Katharine Cook Briggs and Isabel Briggs Myers created their indicator – which they based on theories of the Swiss psychologist Carl Jung – in the 1940s, when women were for the first time being encouraged to take on industrial jobs vacated by a male workforce that had been sent to war.

Their test posits that each person leans toward either extroversion or introversion; sensing or intuition; thinking or feeling; and judging or perceiving.

Each of these “preferences” is represented by a letter, and the various combinations of these four letters make a total of 16 personality types.

The relative simplicity of the test is part of its enduring appeal. By the 1980s, the MBTI had become ubiquitous in the Western corporate world, where it was often used in hiring decisions and management development courses.

But since then, skepticism over the scientific merits of the test have seen its popularity in the workplace decline.

Many psychologists have questioned its methodology, saying there is insufficient evidence to support its claims and inconsistencies in its results. Take the test at two different times and you may get two different results, they say.

“It is easy to use … but there is also an error of over-generalization or fixation,” said psychology professor Lim.

Other critics point out that Briggs and Myers had no formal training in psychology; that human traits exist on a much more complex spectrum than the binaries the test draws; and that the assigned “type” might influence a person’s behavior and choices, making it a self-fulfilling prophecy.

“Although the test does appear to measure several common personality traits, the patterns of data do not suggest that there is reason to believe that there are 16 unique types of personality,” wrote David J. Pittenger, a psychology professor at Marshall University, in a 1993 paper.

“Taken as a whole, the MBTI makes few unique practical or theoretical contributions to the understanding of behavior.”

Still, young South Koreans appear willing to ignore the test’s perceived faults for now. After all, it’s not the first time they’ve gravitated toward this sort of thing.

In the early 2000s many South Koreans embraced a trend that claimed blood type was correlated to personality traits, and thus romantic compatibility – Type O individuals, for instance, were supposedly more outgoing.

And companies have been quick to cash in – racing to launch MBTI-themed products, from computer games to beer and vacations.

There’s the “MBTI Blind Date” computer game simulator, which allows players to chat with characters representing each of the 16 personality types to gauge their compatibility, and many similar games.

It launched in June, and was downloaded 1.2 million times in its first week, according to its developer Thinkflow.

“It’s like a simulation of a date so that one can reduce the probability of failure a little more, or make a relationship more efficient,” said Thinkflow CEO Lee Su-ji.

Then there’s the tourism company Paradise Group, offering holiday recommendations based on your MBTI type; or the Jeju Beer Company that released a series of cans decorated with the letter codes of the 16 personality types.

To the alarm of some, MBTI is even finding its way back into the workplace.

A scan of a Korean job recruitment website turns up dozens of listings seeking candidates of certain MBTI types; one marketing role, for instance, asks for ENFP types, who are believed to be “enthusiastic and innovative”.

It’s not just the scientific validity of the MBTI that has observers concerned, but what this sudden trend may suggest about the young people participating in it.

The rise of the MBTI over the past two to three years coincided with the Covid-19 pandemic, said Lim, the professor. Part of the appeal lay in group psychology, as people took comfort in being able to categorize themselves alongside others.

“People probably have become more anxious, so they need a place they can lean on psychologically,” Lim said. “Clearly, people feel less anxious when they are united in a group.”

Even without the coronavirus, young Koreans have plenty to be anxious about. A hyper-competitive job market, rising unemployment rates, skyrocketing housing prices, and toxic workplace cultures are often blamed for creating a generation of disaffected youth with a pessimistic view of their future.

In the early 2010s, the MZ Generation was popularly referred to as the “n-po” generation – a reference to how many were choosing to give up things to the nth degree, by foregoing marriage, children, home ownership and personal friendships.

Those who are willing to join the rat race often have too little time or patience for dating – which, for some, is where the MBTI comes in.

Yoon Ji-hye, a university student in Seoul, doesn’t see the “need to invest much time” in dating someone whose type is not a good match.

“I don’t feel that I’m compatible with a T type (“analytical and logical”), while I’m quite suitable with ESFP types (“friendly, playful and adaptable”),” said Yoon, a self-proclaimed ENFP.

However, many experts say it’s unhealthy to place too much emphasis on one’s MBTI result – whether that’s in dating, friendship or work.

Lim, the professor, warned that people can “give false answers easily in this test” and that using it as a tool to “avoid (or exclude) someone … is against the original creator’s intention.”

Myers and Briggs had hoped their work could help people better understand and appreciate their differences, Lim said.

Even The Myers-Briggs Company, publisher of the official MBTI test, sounded a note of caution.

Cameron Nott, a psychologist and the firm’s Asia-Pacific managing director, said the company is “very pleased” about the test’s popularity in South Korea – but added “it wouldn’t be appropriate to use it to try and identify a compatible partner.”

“While dating someone who has similar personality preferences can have its benefits, we have all heard of the expression ‘opposites attract.’ So to rule out a potential partner on account of having a different MBTI personality type might see someone miss out on an exciting relationship with a wonderful person,” Nott said.

Whether young South Koreans are ready to heed such advice is another matter.

“I consider personality more important than appearances (in a relationship),” said Yoon, the student. “I don’t think I’ll try meeting someone whose type is not compatible with mine.”

Russians have begun training on Iranian drones, US believes
9 mins ago 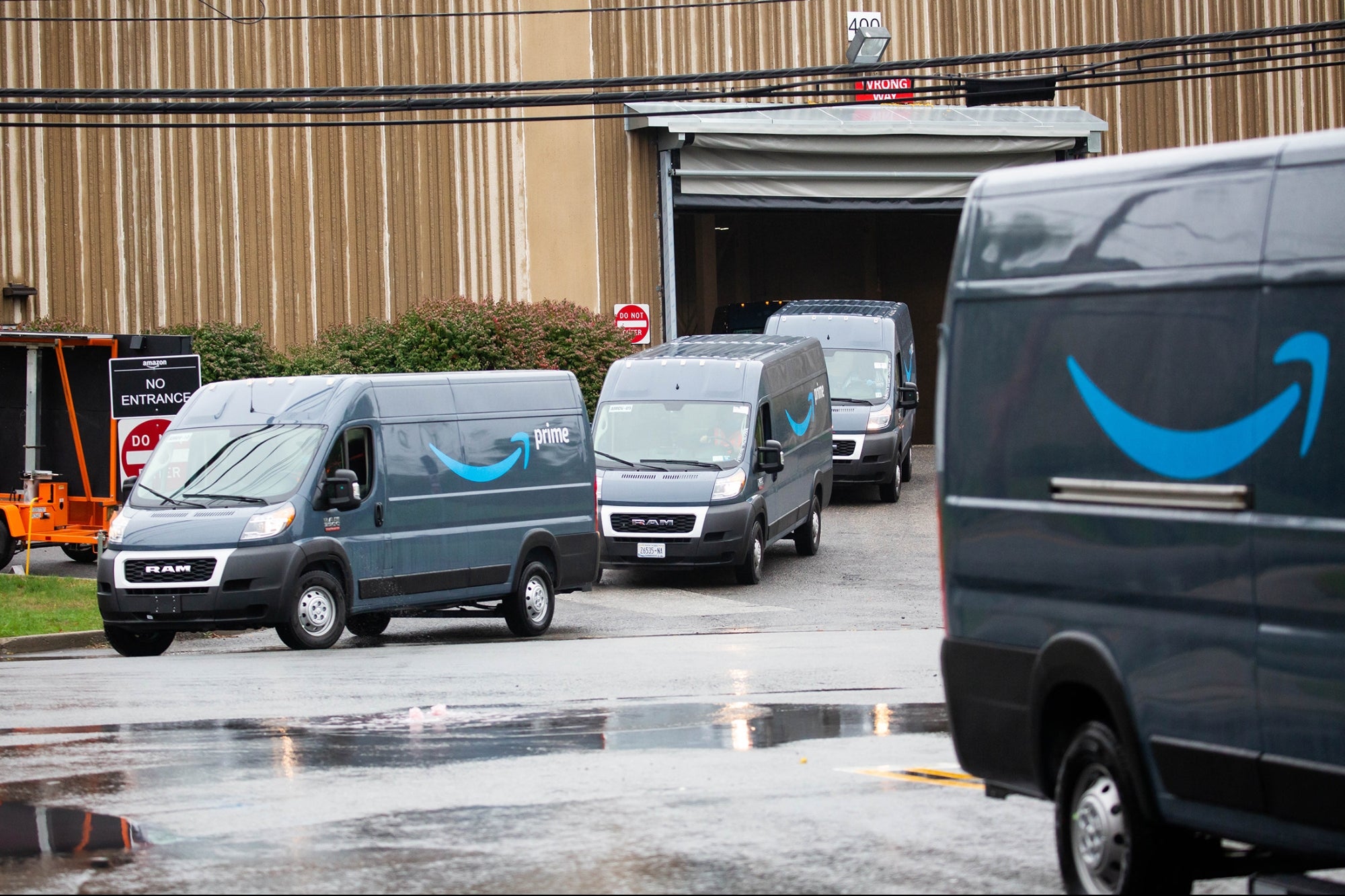