Some stories say that it was named after the founders’ family dog, Pickles, who kept running off with the ball.

Complete with its quirky name, this eccentric sport has begun to enter American mainstream culture and become the new thing.

Dubbed as America’s unofficial pandemic pastime, more than one million Americans have picked up a paddle in the last two years.

‘A sport for everybody’

The basic aim of pickleball, like with other racket sports, is to hit the ball over the net and prevent an opponent from hitting it back.

It can be played in singles or doubles, inside or outside on a 20-foot by 44-foot court — approximately the size of a badminton court — and lasts until one side reaches 11 points, with a two-point cushion.

Pickleball began life inauspiciously in 1965 when future US Congressman Joel Pritchard and his friend Bill Bell attempted to entertain their bored children on holiday.

Staying in a property on Bainbridge Island, Washington with an asphalted badminton court, they mustered together the available equipment — a wiffle ball, ping-pong paddles and a badminton net which they later lowered to 36 inches, closer to the height of a tennis net, once they found that the ball bounced well on the asphalt.

As the holiday progressed, they began to create rules for the game, with the help of another friend Barney McCallum.

The ping-pong paddles were deemed too small and substituted for larger plywood paddles they fashioned themselves and a non-volley zone seven feet from the net on either side was created to deter smashing.

The non-volley zone, or ‘kitchen’, is what gives pickleball much of its distinctiveness.

It minimizes running, allowing older players to be just as competitive as younger, fitter players and diminishes the role of power so that children can play alongside adults.

“It’s truly a sport for everybody,” Ben Johns, one of pickleball’s greatest professional players, told CNN Sport‘s Carolyn Manno as they played on freshly striped pickleball courts at Squibb Park in Brooklyn Heights.

On the adjacent courts, all oblivious to the presence of one of the sport’s superstars, a group of four middle-aged ‘picklers’ rallied together next to two women receiving a lesson and a child preparing his kit for a game.

“I’ve never really seen anybody not like it, and it spans a wide range of ages, and people with [different] backgrounds,” Johns added.

“So I’m surprised that it’s taken off quite so quickly, but I can understand why people love it so much.”

‘A ton of potential’

Pickleball’s popularity has skyrocketed in North America, partly driven by the Covid-19 pandemic as it offers a safe, socially distanced form of exercise.

It had originally found a solid base among retirement communities where it was beloved for its sociable aspect, moderate exercise, and for simply being fun.

Between 2018 and 2021, however, USA Pickleball Association (USAPA) membership nearly doubled and the organization estimates that 4.8 million Americans now play the sport.

Much of this expansion has been concentrated outside pickleball’s traditional demographic — the fastest rate of increase was among players under 24 from 2020 to 2021 driven by the height of lockdown when portable pickleball nets temporarily sold out as people set up the small courts in driveways and gardens.

Many celebrities and athletes are among the new players who have picked up paddles in the last few years.

“I think it’s kind of funny that the sport has caught on with celebrities, and athletes so much,” Johns said.

“It’s something that levels the playing field, so you might have an NFL player playing with an NBA player and they’re like, ‘Hey, we can’t compete with each other on our sports, but we certainly can in this sport.'”

‘The rest is history’

Johns first picked up a pickleball paddle after he grew up playing tennis and ping-pong, becoming a professional hitting partner for his older brother on the pro tennis tour.

“And basically, pickleball courts were built near the courts I practiced at [tennis], and I just saw it played and I thought it looked fun,” he said.

“So I gave it a try and like most people, I got hooked very quickly. I never stopped playing it after that, and the rest is history.”

In his already illustrious career, the 23-year-old has won over 50 titles on the Professional Pickleball Tour (PPA) and more Triple Crowns than any other male professional player — a Triple Crown refers to winning gold medals in all three divisions during a single tournament.

Johns is now sharing his expertise with TopCourt — a digital tennis teaching platform, which features players like Iga Swiatek, Venus Williams and Nick Kyrgios and now includes pickleball — to provide lessons to help grow the sport to a new audience.

“I think one of the biggest things with this sport is because a lot of people enjoy playing it, they really want to improve and it’s hard to improve when you don’t really know … how to get better.

“It’s a lot easier to get better with top quality instruction, and it’s essentially what TopCourt does. They bring the best players to you.”

Growing for an Olympic future?

Professional pickleball tournaments, such as the ones in which Johns plays, are now broadcast on several networks including Fox Sports, the Tennis Channel, CBS Sports and ESPN.

As well as featuring on TV, pickleball seems to be everywhere else in the USA too.

Around the world too, pickleball is growing, albeit at a slower rate. The International Federation of Pickleball currently has 60 member countries as it edges towards the criteria for becoming an Olympic sport.

“I think it has a ton of potential, not just in the US but in the entire world, just because it’s really a sport for everybody,” Johns said.

“I don’t think it’s caught on nearly enough yet in other parts of the world… but I think anywhere it does start is going to see a similar trend in the US, which is just rapid growth and once that happens in other areas I think it would be perfectly suited to the Olympics. It’s just you can’t rush growth.”

Why Biden’s a ‘great bet’ for 2024, according to this expert on political gambling – News Opener
39 seconds ago 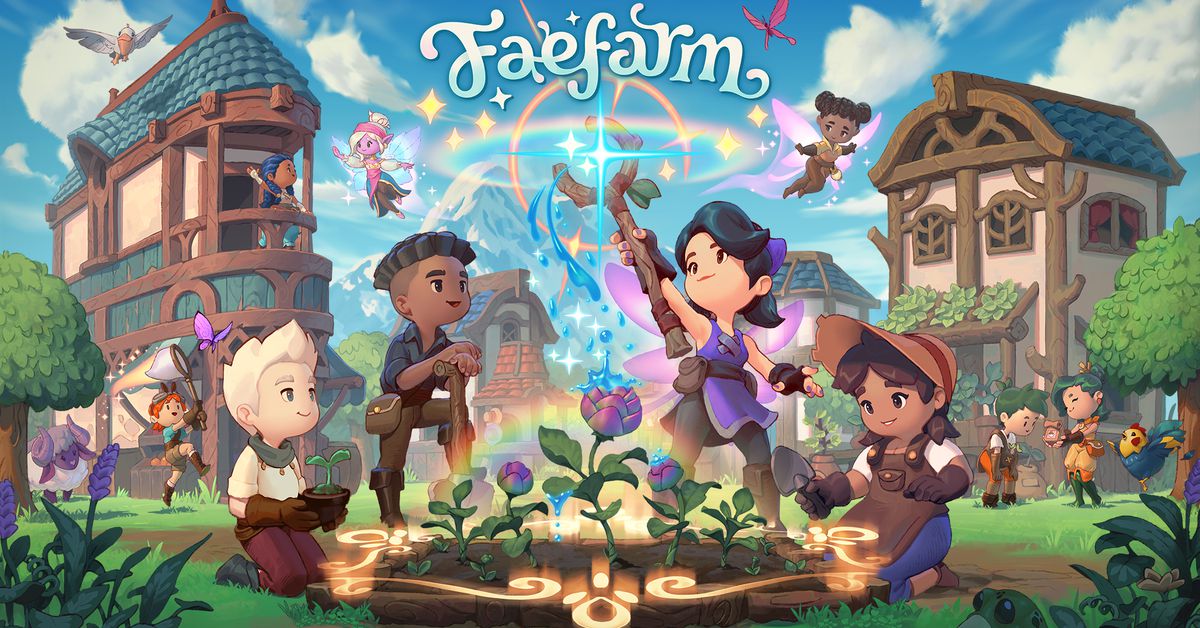