Universities in Sheffield and Manchester have become the first to scrap student accommodation fees during lockdown – after furious undergraduates threatened ‘rent strikes’ across the UK.

The National Union of Students (NUS) has insisted it is ‘unacceptable’ that little support has been made available for those who travelled home for the holidays and have since been told not to return to campus.

Thousands living in university accommodation have since pledged to withhold rent on rooms they cannot use during the latest Covid-19 lockdown in England, with organisers estimating 15,000 are involved.

They are calling for a rebate on rent, despite universities pointing out they only provide around 20 per cent of student housing, the BBC reported.

Universities UK added this means ‘many decisions on refunds will be made by private landlords and other providers.’

However, both the University of Sheffield and Manchester Metropolitan University have confirmed students will not be charged rent for rooms they are unable to use throughout January.

Universities in Sheffield and Manchester have become the first to scrap student accommodation fees during lockdown. Pictured: Firth Court at Sheffield University

Bosses in Sheffield said today that students who are ‘unable to make use of their University owned or managed accommodation between January 4 and February 22’ will not be charged rent.

‘Those students who are using their accommodation will continue to be charged rent as per their contract,’ a statement added.

‘We will contact students in our accommodation with more information in due course.’

The University added that it ‘cannot control the decision of private landlords,’ saying: ‘We will work with @SheffieldSU to support their lobbying on this issue and we would urge landlords to be as flexible as possible.’

A similar decision was made at Manchester Met, who previously stated it would refund rent between January 4 and each student’s return date.

A spokesman told MailOnline: ‘In light of the recent Government announcement, Manchester Metropolitan University will be introducing an additional rent reduction for students who have University-owned accommodation and are not using it.

‘This additional reduction is being given because of the Government’s request that students do not return to campus until the start of face-to-face activity, and therefore do not move back into their accommodation. Bosses in Sheffield said today that students who are ‘unable to make use of their University owned or managed accommodation between January 4 and February 22’ will not be charged rent. Pictured: Sheffield University The University added that it ‘cannot control the decision of private landlords.’ Pictured: University of Sheffield accommodation

‘For many students, this now means that, taken together with the rent reduction we previously announced before the national lockdown, we will be issuing a rent reduction to cover the period Monday 4 January until at least mid-February.

‘We will automatically extend this additional reduction in line with Government return to campus instructions, as these are announced.’

King’s College London also previously promised students would not be billed for rooms they aren’t able to use due to coronavirus restrictions.

Other universities have pledged to offer discounted accommodation, with the University of Manchester announcing in November that students would receive 30 per cent off.

This applied to the first half of the academic year, and is estimated to be worth £1,000 per student.

The University of Bristol has offered a 30 per cent rent reduction from December 19 for seven weeks, alongside an extra 10-day rent rebate last month. A similar decision was made at Manchester Metropolitan University (pictured), according to Money Saving Expert, who previously stated it would refund rent between January 4 and each student’s return date

Universities UK told the BBC that universities were ‘actively’ considering what support they could offer students throughout the lockdown.

‘Universities recognise the financial pressures the pandemic has placed on students and are providing increased financial and other support as a result,’ a statement said.

‘With government restrictions reducing the numbers of students returning in person to universities, now is the time for the government to seriously consider the financial implications for students and institutions and what support they will provide.’

It comes as students were today calling on private landlords to stop charging them rent for accommodation they can’t live in after being stranded at home by the latest Covid lockdown.

Saffron Headech, who studies professional policing at Birmingham City University, has been unable to come back to her studio flat in the city as a result of the new restrictions, but is still to be charged for rent, even though the property is laying empty. Saffron Headech, who studies professional policing at Birmingham City University, has been unable to come back to her studio flat in the city as a result of the new restrictions, but is still to be charged for rent, even though the property is laying empty

The 20-year-old said Nido Globe Works still expects her to pay £169-per-week from her student loan for the flat on Cliveland Street, in Newtown – leaving her with just £10-a-week to live on.

It is unlikely she will return to the student accommodation until mid-February at the earliest due to the pandemic and has made her feel she is effectively ‘throwing £1,000 into the fire’ over the next six weeks.

The second year student has urged Nido Globe Works to ‘please treat us like human beings and not just money machines’ – but she says her pleas for compassion and decency have fallen on deaf ears.

Lockdown in Wales has been extended for three weeks and will likely force schools to continue lessons online until at least the February half-term.

First Minister Mark Drakeford warned the pandemic is at a ‘significant point’ and said said measures will be tightened in ‘key areas’ to stem the spread of infection.

The squeeze could see supermarkets and offices told to step up efforts to make premises Covid-secure.

Mr Drakeford also warned that unless there was a ‘significant’ drop in cases before January 29 – when the next three-week review of the regulations is carried out – school and college students will continue remote learning until the February half-term.

‘The Government said in the summer that universities and private hall providers should be fair with their rent fees. I had signed my contract with them (Globe Works) in December 2019 before Covid was even a thing,’ Saffron told BirminghamLive.

‘We’re being forced to pay for empty rooms even though we want to be in our rooms we are legally not allowed to return.

‘Therefore how is it fair we are being forced to pay full price for these empty rooms?

‘We ask landlords to show some compassion, to show empathy and decency to understand that students are struggling mentally and financially now more than ever.

‘It’s so hard to be a university student at the moment let alone with added pressures of being forced to pay for a room we are not allowed to go back to. This money is needed by students, it’s important.

‘So I myself, among many other students, are asking our landlords to show compassion when it comes to rent fees. We want to be treated like human beings – not money machines.’

Saffron, who is currently living at home near Lowestoft in Suffolk, said for a lot of people student loans do not even cover their rent and they have to pay out of the pocket for the rest of it.

She said her student loan only just covers her rent and her accommodation contract lasts for 44-weeks.

‘It leaves with me with about £10 per week. When you take into account your food, laundry, travel – that is nothing,’ she said.

‘I know people are struggling with money. From when I’ve paid my rent to when we are supposed to go back in mid-February I will have basically thrown away £1,000 into the fire because I’m paying for an empty room.

‘They are still expecting us to pay for a room we are legally not allowed to go back. It’s not like we don’t want to go back.

‘We just don’t want to pay for an empty room. The six-weeks worth of money up to the point where we’re allowed back really is not going to put a dent in their pockets.

‘But with us it’s burning holes in our pockets. The difference is unbelievable. Landlords are earning a living – but students aren’t getting any money.’ The 20-year-old said Nido Globe Works still expects her to pay £169-per-week from her student loan for the flat on Cliveland Street, in Newtown – leaving her with just £10-a-week to live on

Saffron, who is looking to go into the probation service after university, had used the self-contained flat from September to mid-December last year.

The student was paying £169-per week, but has since had it reduced it to £136 after she lost her job due to Covid’s impact on the hospitality sector.

She had got a role working behind the bar at the O2 Academy in the city – but when the pandemic struck it was forced to close. As she had only just completed two shifts at the start of March she did not qualify for furlough.

‘It’s been really difficult. Students are just feeling so deflated. On top of the same workload, they are feeling like they are getting less teaching,’ said Saffron.

‘On top of that is stress about accommodation and financial stress. ‘Everyone knows students are poor but before coronavirus you could get a job fairly easily to tide yourself over. Now it’s just so difficult as everyone is in the same boat. Saffron’s concerns have been echoed by Hillary Gyebi-Ababio, NUS UK Vice President, who is calling for more support over the coming weeks and months

Her concerns have been echoed by the NUS, who is calling for more support over the coming weeks and months.

Hillary Gyebi-Ababio, NUS UK Vice President (Higher Education) said: ‘The government’s ‘student travel window’ told students to leave their term-time accommodation by 9 December 2020 and students are now being told not to return until at least mid-February and likely beyond.

‘It is simply unacceptable that students are being told to not live in housing they have paid for, on public health grounds, yet are receiving no government support.

‘All student renters must now be offered rent refunds and the option of leaving their tenancy early, if universities and landlords need financial support to make this happen then government must step-in. Scotland legislated to do this, Westminster must now follow.’

In an email to Saffron on January 5, Nido Globe Works told her the position remained unchanged.

‘Regrettably, we cannot waive or discount any accommodation licence fees,’ it said.

‘Consequently, the cancellation policy remains as agreed in the Licence agreement and the Licence fee payment is due.

‘We therefore would kindly request all students meet their obligations and pay any outstanding Accommodation Licence fees under the terms of the Licence agreement.’

A spokesperson for Nido Student told MailOnline: ‘As property managers of Nido residences, our role is crucial in maintaining the wellbeing of our students.

‘We of course sympathise with all students who have been impacted by Covid-19, however, unlike last year, we and many other student accommodation providers are simply not in a position to offer refunds or discounts this year.

‘Many of our students remain in their Nido private accommodation and we must continue doing everything we can on the ground to support them physically and mentally during this uncertain period.

‘For those that have not yet returned, we are maintaining frequent communication and look forward to their return when it is safe to do so.

‘The Universities Minister has also announced a £20 million fund to support students studying in England and we would urge any student struggling financially to contact the student services department at their respective universities to discuss potential support.’

President Biden, Please Don’t Get Into Carbon Farming
10 mins ago

How to Reboot Your Burnt-Out Brain
12 mins ago

How to Reboot Your Burnt-Out Brain

The Mega Millions jackpot is $970 million. What to know before you buy a ticket
15 mins ago

The Mega Millions jackpot is $970 million. What to know before you buy a ticket 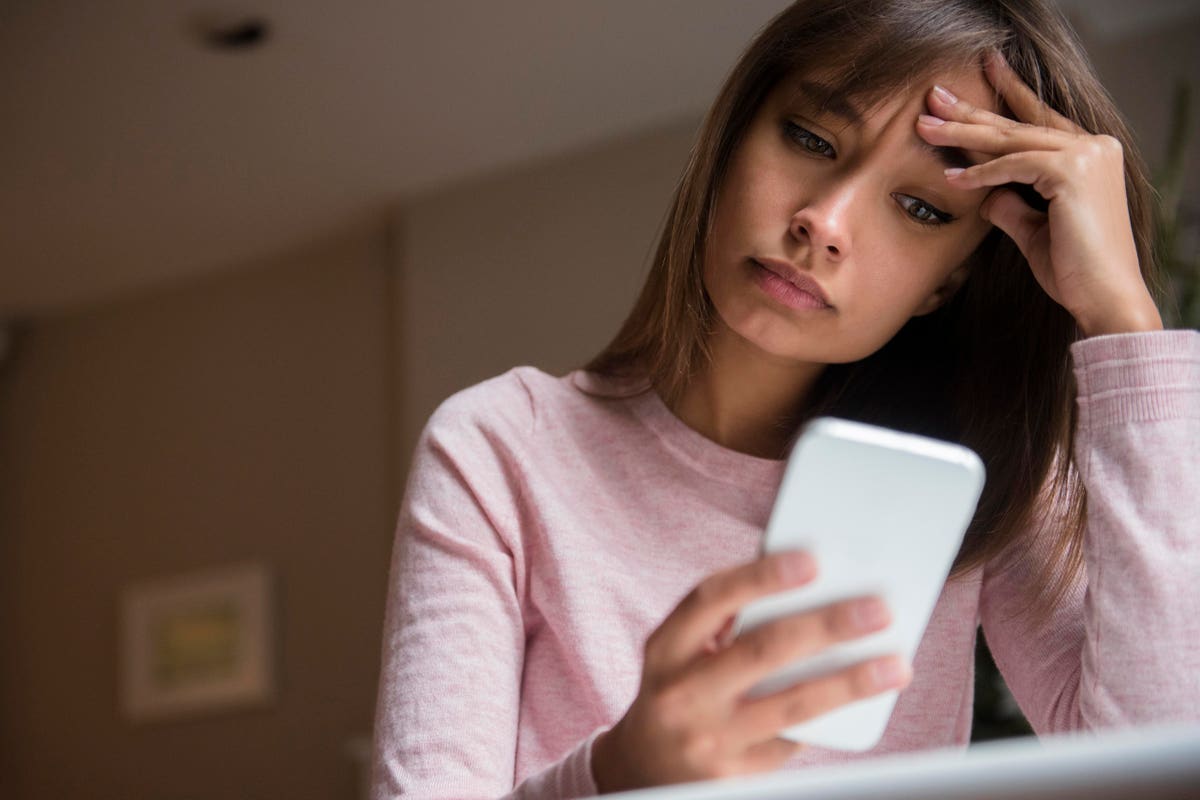