Now WALES joins Nicola Sturgeon in swiping at Royals: Prince William and Kate Middleton arrive at Cardiff Castle hours after Welsh health minister says their UK-tour should not be an ‘excuse’ to break Covid rules

The Duke and Duchess of Cambridge arrived at Cardiff Castle this morning as they continued their tour of Britain by royal train – thanking key and frontline workers and communities for their efforts during the pandemic.

Prince William and Kate were in the Welsh capital to highlight how the local tourism industry has coped in the pandemic and meet students to discuss how their mental health was supported during lockdown.

Details of the royal couple’s next stops on the royal train have not been released, but they are expected to end their travels with the Queen, and the Prince of Wales and Duchess of Cornwall.

But Welsh Health Minister Vaughan Gething criticised William and Kate’s decision to travel to Wales as Covid cases rise, saying he would prefer it if ‘no-one was having unnecessary visits’. The Duchess of Cambridge is dressed in a long, bright red Alexander McQueen coat as she arrives at Cardiff Castle today William and are undertaking a short tour of the UK ahead of the Christmas holidays, and stopped off in Cardiff this morning Mr Gething said he was not ‘particularly bothered or interested’ when asked during by BBC Radio 4’s Today programme if he thought the couple should still travel to Wales.

But he said William and Kate’s visit, part of a national tour by royal train, should not be used by people as an ‘excuse’ to say they are ‘confused’ about coronavirus regulations.

Mr Gething echoed the sentiment of Scotland’s First Nicola Sturgeon, who suggested the duke and duchess travelled to Edinburgh yesterday despite their office being made aware of restrictions for those wanting to cross the border.

Asked if it was the right moment for the royals to visit Wales, the Welsh Health Minister replied: ‘I’d rather that no-one was having unnecessary visits, and people always have divisive views about the monarchy, but their visit isn’t an excuse for people to say that they are confused about what they are being asked to do.’

When asked if they should still come, Mr Gething said: ‘I’m not particularly bothered or interested because I don’t think that is going to be an excuse for people to say: ‘I should go and behave in a different way and I should act as if the harm that is being seen in front of us in every part of our healthcare system is not taking place.” Royal sources said the visits were planned in consultation with the UK, Scottish and Welsh governments and stressed they were working, which permits travel across the border.

William gave a speech at FareShare, a national charity feeding almost one million people per week across the UK and up to 60,000 in Greater Manchester, to thank staff and volunteers for helping the most vulnerable during the coronavirus pandemic.

Speaking inside a Manchester warehouse named after the mother of England and Manchester United striker Marcus Rashford, who works closely with FareShare, William said: ‘Catherine and I felt that it was extremely important to visit just some of the heroes that have emerged this year to thank you for all that you have done.

‘Whether that’s transport workers, paramedics, school teachers or indeed staff and volunteers like those of you online across the FareShare network or here in Manchester tonight.’ 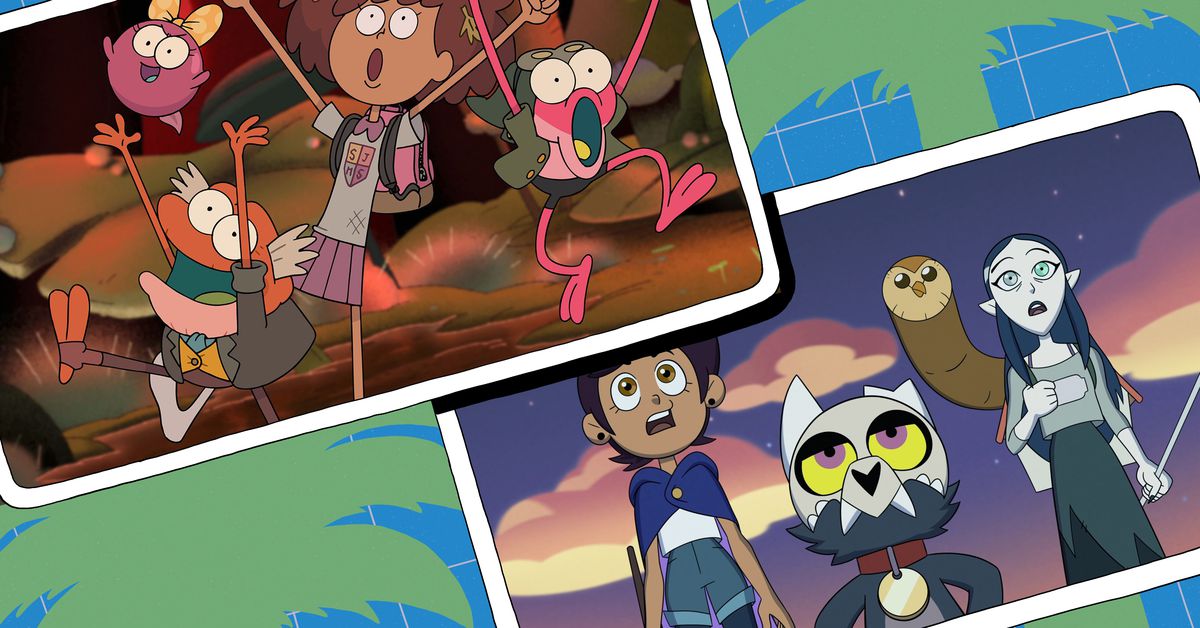 The Owl House, Amphibia cross over and tease the future at SDCC 2021
4 seconds ago

The Owl House, Amphibia cross over and tease the future at SDCC 2021

Trucks Move Past Cars on the Road to Autonomy

Hit the Road With These Travel-Planning Apps and Tricks