Ministers are facing a furious backlash from MPs and civil liberties campaigners after it emerged the Government has teamed up with two UK internet providers to track websites visited by customers.

It has been revealed that the Home Office and the National Crime Agency have been trialling controversial surveillance powers to log and store information about online activity.

The powers were enshrined in the Investigatory Powers Act 2016, legislation which critics slammed as a so-called ‘Snooper’s Charter’.

The test of the powers, which has reportedly been going on for months, has been shrouded in secrecy and the legislation dictates that the internet providers cannot identify themselves.

According to the BBC, the Home Office said the trial was small in scale and in its nascent stages.

But the emergence of the trial has reignited rumbling privacy concerns about the laws, with campaigners blasting the Government for a ‘staggering lack of transparency’.

Meanwhile, MPs expressed fears that this latest step could eventually lead to a mass invasion of privacy.

Social media users responded to the news by suggesting the move resembled something out of George Orwell’s dystopian novel ‘1984’.

The Investigatory Powers Act allows the Home Secretary, subject to a judge’s approval, to compel an internet provider to keep their records for up to a year.

These records can include which websites customers visit and how much data they download – but the data will not show the exact content which has been viewed.

However, even restricting the data to basic metadata could still reveal a lot about a person’s habits, including where they shop, their political views and if they use pornography.

First revealed in WIRED magazine, the trial of the powers was not formally announced or publicised, but was referenced in a 168-page report from the Investigatory Powers Commissioner’s Office (Ipco).

The report said the Judicial Commissioner had provided approval for a network operator to retain communication data ‘for the purposes of a trial’ back in 2019. Another request was approved later the same year.

A spokesman for the Investigatory Powers Commissioner’s Office said that the trial is ongoing and it is conducting regular reviews to ‘ensure that the data types collected remain necessary and proportionate’.

It added that once the trial has been fully assessed, a decision will be made on whether the system will be expanded nationally.

The passage of the Investigatory Powers Act was spearheaded by then-home secretary Theresa May who argued the updated surveillance powers were needed to keep the public safe and to help the police and security services combat crime and terrorism.

But privacy campaigners have long opposed the legislation and the emergence of the trial of the powers has prompted an immediate outcry. The act allows the secretary of state to make an internet provider keep their records for up to a year, with a judge’s approval. These records can include which websites their customers visit and how much data they download – but it will not show the exact content they looked at on the sites (stock photo)

What is the Investigatory Powers Act (aka the Snooper’s Charter)?

The act, officially called the Investigatory Powers Act 2016, forces electronic data to be stored by internet providers for 12 months, which can be subsequently collected by law enforcement.

It replaced the previous Regulation of Investigatory Powers Act, expanding some of the previous powers and enforcing new ones.

In practice, the law gives a Secretary of State the power to request a communication service provider (CSPs) to retain the Internet connection records of their customers, subject to a judge’s approval.

The records are kept for one year and show a user’s IP addresses, the websites they visited and the amount of data they downloaded. However it will not show the specific content the person looked at.

Several different agencies including government departments and police forces will be able to see the ICRs, as part of a targeted and filtered investigation, without a warrant.

‘We should have the right to not have every single click of what we do online hoovered up into a surveillance net on the assumption that there might be criminal activity taking place.’

Privacy International’s advocacy director, Edin Omanovic, echoed a similar sentiment and said: ‘Make no mistake, as warned, the Investigatory Powers Act (2016) gives authorities across the UK some of the most far-reaching and draconian surveillance powers found anywhere in the world.

‘When the Bill was proposed, we were promised the most transparent surveillance regime in the world. Yet, here we have a secret experiment where two secret internet companies have reportedly been collecting internet browsing data about individuals’ online activities.

‘When the Home Office first made its demands public, it was obvious that what it wanted was highly vague and likely to be technically impractical. Five years later, it looks like they’re still trying to bend technical reality around their demands.

‘When the IPA was being debated, Privacy International argued that the collection and retention of internet records was not necessary or proportionate. The Home Office’s justification for these powers did not consider the full impact on individuals’ privacy.

‘The Home Office should now come clean and reveal who is involved in this experiment, what exactly they are hoping to achieve, and how many innocent internet users’ histories will be swept up by this covert, indiscriminate, mass-surveillance system.’

Sir Ed Davey, the leader of the Liberal Democrats, said: ‘The Government hoovering up huge amounts of data on everyone’s internet use is not only an unacceptable invasion of our privacy, it’s also a very ineffective way of tackling crime and terrorism.

‘Yet again, Conservative ministers are trying to seem tough on crime, but failing to do what actually works to prevent crime and keep people safe.

‘They are eroding people’s civil liberties with draconian new powers, instead of giving our police and security services the resources they need to do their jobs properly and responsibly.

‘Liberal Democrats are fighting to build a free society where every person’s rights and liberties are protected. That’s why we opposed the Snooper’s Charter from the start and are calling on the Government to stop this bulk collection of people’s internet records now.’

The emergence of the trial prompted a similarly hostile reaction from some users on social media.

One user said: ‘Snooper’s charter is nothing to do with catching criminals it is all about identifying opposition to the government. They want to be just like China and crack down.’

Another added: ‘Everything’s getting rather 1984 ain’t it.’

It was reported that the National Crime Agency has spent around £130,000 on external contracts to build technical systems needed to run the trials.

‘We are supporting the Home Office sponsored trial of Internet Connection Record capability to determine the technical, operational, legal and policy considerations associated with delivery of this capability,’ a spokesman for the National Crime Agency said. 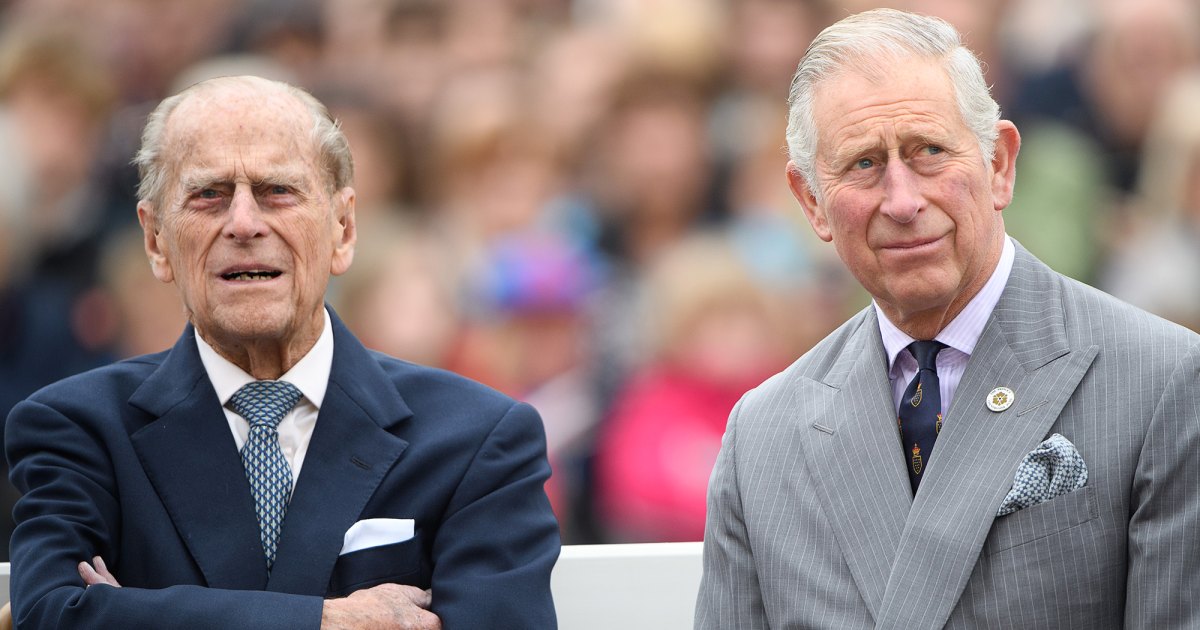 Prince Charles Honors Philip After His Death: I Miss Him ‘Enormously’
4 seconds ago 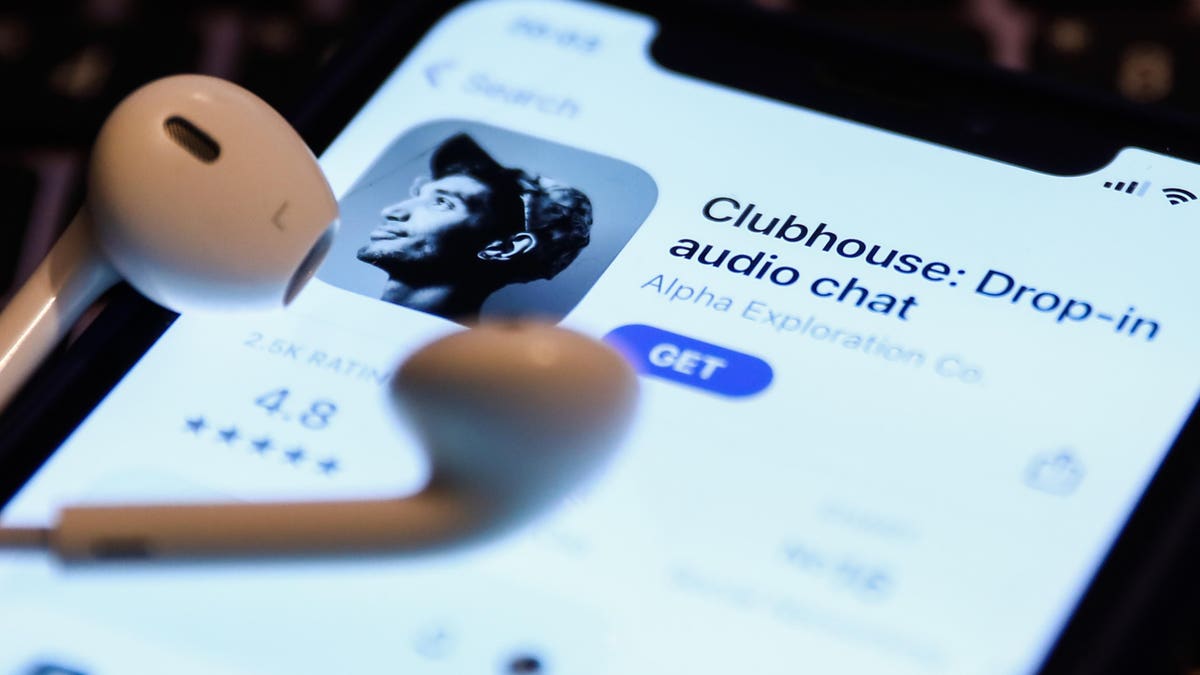 Clubhouse: Why Has It Taken Off?
31 mins ago