A former actress has been branded a ‘greedy liar’ by her millionaire mother after launching a High Court claim to a share of the family’s £3million country estate.

Tamara Lucas, 47, claims she was told from her childhood that one day she and her brother and sister would share the family’s 26-acre Grade-II listed Berkshire pile.

Relying on her mother Mel Gatward’s promise that ‘she would be rich anyway’, Ms Lucas said she put hopes of a highly-paid law career to one side.

She instead pursued her dream of becoming an actress but, despite appearing on TV and stage, her career failed to take off.

Her mother and father then decided to hand the keys of Sandleford Place, near Newbury, to her younger brother Alex Gatward.

Mrs Gatward chose to gift the estate to Alex alone because she feared that the ‘troublesome nature’ of her ‘intolerably messy’ daughter would make any sharing of the property impossible, the siblings’ lawyers say.

Mrs Gatward told a judge today: ‘My life has been completely ruined by my daughter’s greed and intransigence and her lies and insistence on claiming what she is not entitled to.’

The move has resulted in a ‘bitterly acrimonious’ High Court dispute which has already run up lawyers’ bills totaling over £800,000, with Tamara suing siblings Alex, 45, and Laura Gatward, 39, over what she says is her rightful share of the nine-bed house and grounds. Tamara Lucas, left, is suing her siblings over her share of the family’s 26-acre Grade-II listed Berkshire pile. Her mother has handed the keys of Sandleford Place, near Newbury, to her younger brother Alex Gatward, right Now worth around £3m, the estate comprises a nine-bedroom, seven-bathroom house with five reception rooms, 19 acres of paddock and pasture, and seven acres of ornamental gardens which open to visitors several times a year through the National Garden Scheme Tamara says her siblings conspired together to cut her out of her inheritance and that her mother giving the house to Alex was a way of covering up a plan to disinherit her of her share in a ‘great family wealth.’

But the siblings, backed by their parents Alan and Mel Gatward, deny doing anything wrong and say it was ‘financially irresponsible’ of Tamara to continue to pursue her acting dream for a decade.

She chose to become an actress and took the risk of ending up with a low income, they claim, but had also already been provided for generously by her parents, who bought her a flat when she was still a student at Edinburgh University.

Tamara had already received ‘very generous financial provision’ from her parents, who bought her a flat when she was a student and helped her with further property purchases afterwards, the court heard.

Climbing the housing ladder, she now owns properties worth about £2m, from which she receives a rental income.

Mrs Gatward says the family made its money when Alan Gatward turned his father’s paper company into a thriving international wallpaper supplier which turned over up to £28m a year before he sold up in the 1980s. Ms Lucas pursued her dream of becoming an actress but despite appearing on TV and stage (pictured), but was not a great success

The family home was bought through an offshore company controlled by his wife Thelma, who is known as Mel, and they moved there after the sale of the business.

Now worth between £2.65m and £3m, the estate comprises a nine-bedroom, seven-bathroom house with five reception rooms, 19 acres of paddock and pasture, and seven acres of ornamental gardens, which horticulturalist Mrs Gatward opens to visitors several times a year through the National Garden Scheme.

Tamara claims that it was always the family’s intention that the house, which was in her mother’s name, would eventually be handed to the three siblings in equal shares.

With that comfort, she focused on trying to become an actress, attending Mountview, one of the UK’s leading drama schools.

She relied on assurances that she would inherit part of a ‘considerable family wealth’ and would otherwise now be working for a ‘top City, US, international or at least regional law firm’.

But according to court papers filed ahead of a trial of the claim later this year, the married mother-of-one was ‘unsuccessful’ in her career choice and has in later years forged a new path in compliance and regulatory law.

Despite discussions about giving the house to three siblings, in 2018 Mrs Gatward handed the keys to her son, Alex, national account manager for a tech company, insisting that it was a ‘gift’ from mother to son.

Tamara’s barrister James Ballance said: ‘We say very simply that that is false. It is the way the family are presenting the transfer to the outside world because they consider Tamara to be endlessly argumentative.

‘My client believes her siblings have conspired against her to cut her out of her inheritance.’

The barrister said the dispute had been ‘bitterly acrimonious’, with both sides accusing the other of ‘lying or being fantasists about everything.’

Tamara had been branded a ‘Walter Mitty character’ who is ‘prone to fantasy and day dreaming,’ while a witness in the case had accused her of always being ‘different from the rest’ and suggested she might be autistic.

During a brief pre-trial hearing, Mrs Gatward told Judge Milwyn Jarman QC that Tamara had convinced herself that the family was sitting on a historic fortune passed down from previous generations.

She said no fortune existed and that her husband Alan, 89, had built their wealth through his hard work growing his father’s paper business – which started selling blackout blinds during the Second World War – after his death. Mrs Gatward, centre, found her  daughter ‘intolerably messy’ and said the ‘domestic chaos’ which ensued was ‘profoundly irritating’ to her

‘I am fed up with my daughter Tamara imagining that some kind of family wealth exists like some magical god from heaven has come down like Santa Claus and bestowed wealth on my family,’ Mrs Gatward told the judge.

Constance McDonnell QC, for Alex Gatward, said: ‘Mr and Mrs Gatward tried to instil in each of their children a sense of financial responsibility, including the preservation of capital, avoidance of debt and planning for their own pensions.

‘They encouraged each of their children to think about the financial implication of their respective career choices.

‘Mrs Gatward was concerned about the poor financial rewards which the claimant would receive as an actress and tried to dissuade her from embarking on such a career.

‘The claimant chose her career path in acting independently and of her own volition, accepting the risk of a low income, but with the security of already owning her own property from which she received a rental income.’

She said Tamara’s career in acting was ‘not a success’ and it had been ‘financially irresponsible’ of her to continue to pursue her dream for about ten years.

The truth was that Mrs Gatward had considered handing the house to all three children, but simply decided against it, said the QC.

‘Other reasons included Alex Gatward’s proximity to the property and Mrs Gatward’s view that he would be a responsible owner and manager of the property.’

Alex lived in the house for eight years up to 2012, whereas Tamara only lived there for 14 months after the birth of her son and intermittently after 2016.

Tamara, who claims to have lived there between 2016 and 2019, had ‘effectively invited herself’ to stay, but her mum found her ‘intolerably messy’ and the ‘domestic chaos’ which ensued was ‘profoundly irritating’ to her.

Tamara’s acting credits include the 2005 film, ‘Singing Stones’, directed by Kim Bour and appearing as a clubber in a 2000 commercial for VK Vodka Kick.

The case is due to go before a judge later this year. 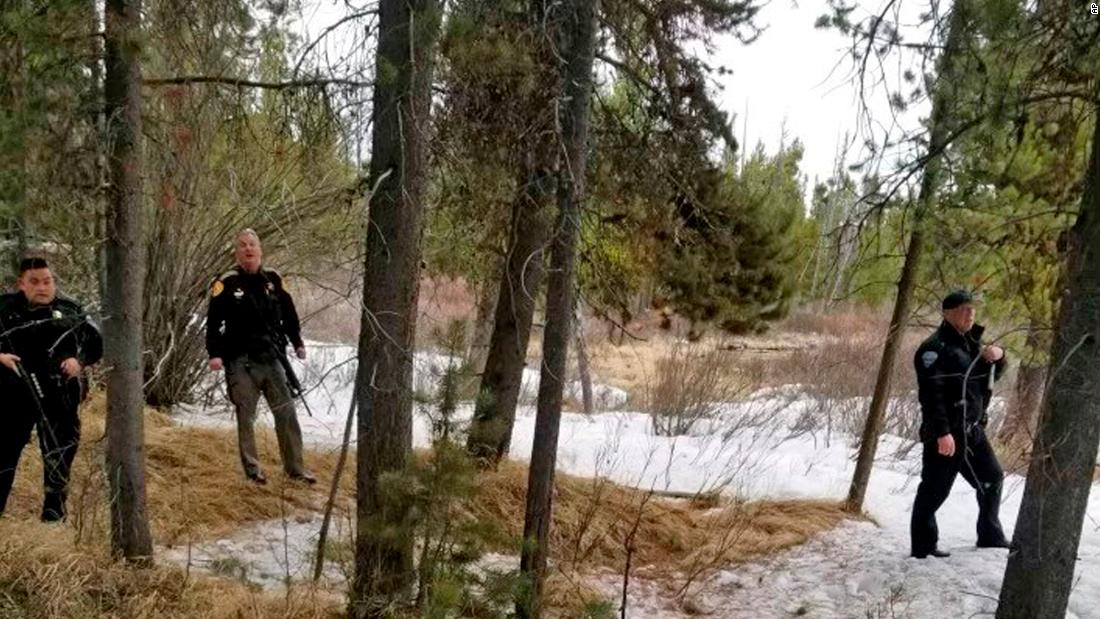 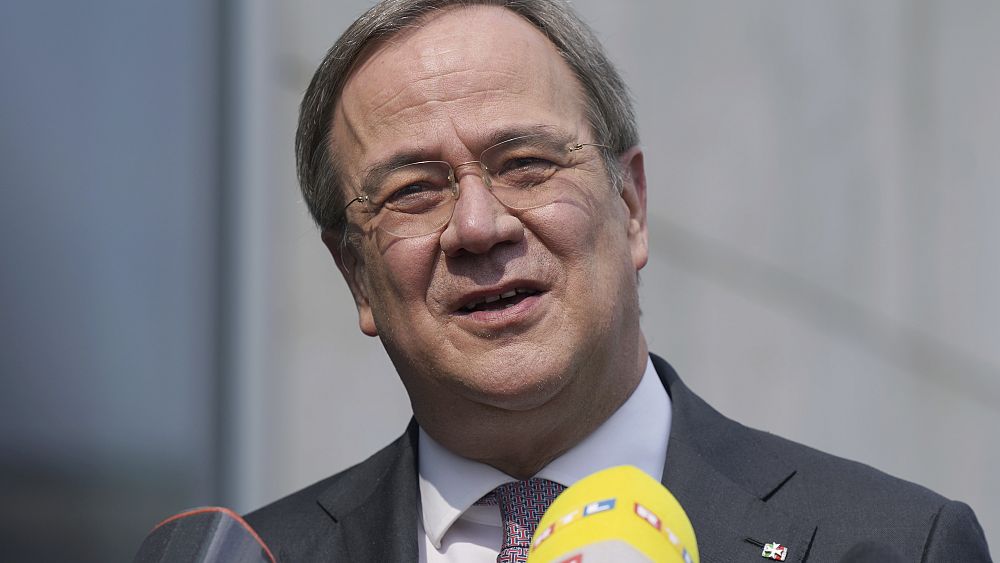 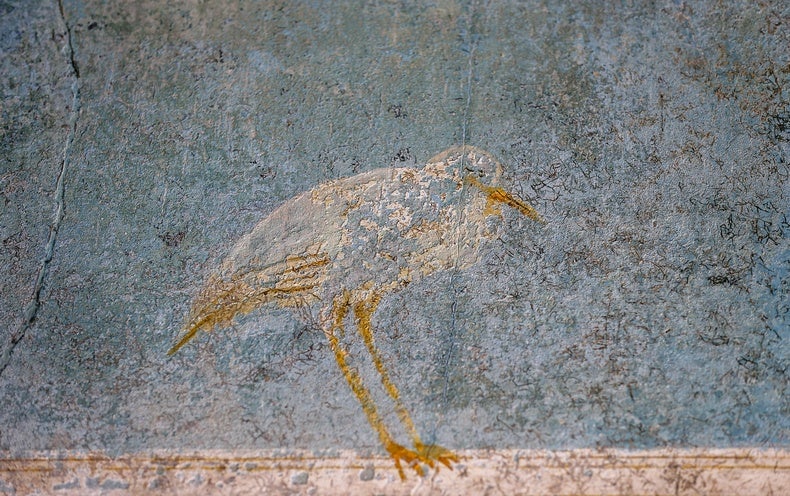