Oscar-nominated star Ellen Page has come out as a transgender male named Elliot, six years after he publicly revealed he was gay.

The 33-year-old Canadian actor, who has been married to dancer Emma Portner since 2018, took to Twitter on Tuesday morning to share an emotional statement with the revelation, writing: ‘Hi friends, I want to share with you that I am trans, my pronouns are he/they and my name is Elliot.

‘I feel lucky to be writing this. To have arrived at this place in my life.’

Elliot, who received an Oscar nod for their role in the hit 2008 movie Juno, asking his followers and fans for ‘patience’, admitting that he is ‘scared’ of the ‘invasiveness, the hate, the jokes, and of the violence’ that he may face moving forward.

‘My job is real, but it is also fragile,’ the actor said, adding: ‘The truth is, despite feeling profoundly happy right now and knowing how much privilege I carry, I am also scared.’ Changes: As well as releasing his statement, Elliot also updated his social media accounts, changing his usernames, and adding a new profile picture (above) to his Twitter and Instagram Emotional: Elliot’s wife Emma took to Instagram shortly after the actor shared his statement to offer public words of support, writing, ‘Shine on sweet E. Love you so much’

In his statement, Elliot did not reveal what stage of his transition process he is in, nor did he share whether he has, or plans to, undergo hormone therapy or top and bottom surgery.

The process of transitioning from female to male is different for every person, however many begin the process with hormone therapy, before deciding whether to undergo top surgery to remove the breasts and breast tissue, bottom surgery to construct a penis, and a hysterectomy to remove the female reproductive organs.

As well as his statement, the actor, who is currently preparing to film the third season of Netflix hit The Umbrella Academy, revealed changes to his official social media accounts, posting on Twitter under the username @TheElliotPage, and on Instagram as @elliotpage.

Elliot thanked his loved ones for their support through his journey, expressing his ‘overwhelming gratitude’ for helping him to reach a stage where he felt comfortable to ‘pursue his authentic self’.

Shortly after the actor posted his statement, his wife Emma voiced her public support for him on Instagram, while reiterating her partner’s plea for patience.

‘I am so proud of @elliotpage. Trans, queer and non-binary people are a gift to this world,’ Emma wrote.

‘I also ask for patience & privacy [and] that you join me in the fervent support of trans life every single day. Elliot’s existence is a gift in and of itself. Shine on sweet E. Love you so much.’ Speaking out: Elliot (pictured in November 2019) publicly came out as gay in 2014 while speaking at the Human Rights Campaign’s THRIVE conference for LGTBQ youth Breakthrough: Elliot first became a household name after starring as a pregnant teenager in the hit 2007 movie Juno, for which he earned an Oscar nomination

Elliot’s decision to publicly reveal he is transgender comes almost three years after the couple tied the knot in a secret ceremony, having only been dating publicly for six months.

Prior to their relationship, Juno star Elliot had been linked to several different partners, both male and female, including Big Little Lies star Alexander Skarsgård and actress Shailene Woodley – although their romance was never confirmed.

He also dated artist Samantha Thomas for 18 months, with the couple splitting just months before Elliot tied the knot with Emma.

Elliot came out publicly as gay in 2014 in an emotional speech at the Human Rights Campaign’s Time to Thrive conference for LGTBQ youth.

In the speech, the actor shared that he hoped his news would help others struggling with their sexuality, saying: ‘I’m here today because I am gay. And because maybe I can make a difference.’

Elliot’s latest statement was met with an outpouring of support from dozens of A-listers, including Miley Cyrus, who wrote: ‘Elliot rules!’

Anna Paquin – who starred alongside Elliot’s ex Alexander in True Blood – also commented, writing: ‘Sending you all the love and support Elliot!

‘And just to save some time to everyone who is being hateful/transphobic/homophobic you can all f*** off. Elliot is a f***ing warrior and treasure of a human being.’

The official Umbrella Academy account also shared some kind words, commenting: ‘So proud of our superhero!! WE LOVE YOU ELLIOT!!!’ Past: Before Elliot began dating his wife Emma, he was in a relationship with artist Samantha Thomas. The couple (seen in 2015) dated for around 18 months before splitting in 2017

Elliot is currently due to commence filming on the third season of the hit Netflix series, although it is unknown whether his personal news will be reflected in the show’s storyline.

The actor stars in the superhero series as female violinist Vanya Hargreeves, one of seven siblings with extraordinary abilities who are adopted by an eccentric billionaire and turned into a crime-fighting team.

In the second season of the show, Vanya falls in love with a woman, and Elliot praised the decision to explore the character’s queerness in an interview with Pride, saying: ‘…Getting to play her falling in love for the first time and the beauty of that and the joy of that and then hoping to be mindful and sensitive in terms of how to represent the other aspects and mostly, I’m just happy that a storyline like this is in a show that has the reach that it does.’

While sharing his latest statement, Elliot also gave credit to the trailblazers in transgender community who have already made the world a better place.

They wrote: ‘I feel overwhelming gratitude for the incredible people who have supported me along this journey. I can’t begin to express how remarkable it feels to finally love who I am enough to pursue my authentic self.

‘I’ve been endlessly inspired by so many in the trans community. Thank you for your courage, your generosity and ceaselessly working to make this world a more inclusive and compassionate place. I will offer whatever support I can and continue to strive for a more loving and equal society.’ Star: Elliot (seen in March 2014) thanked their loved ones for their support through his journey and gave credit to the trailblazers in transgender community

Why Jennifer Lopez, Ben Affleck and Her Ex Alex Rodriguez Were Purposely in the French Rivera at the Same Time
5 mins ago

Why Jennifer Lopez, Ben Affleck and Her Ex Alex Rodriguez Were Purposely in the French Rivera at the Same Time 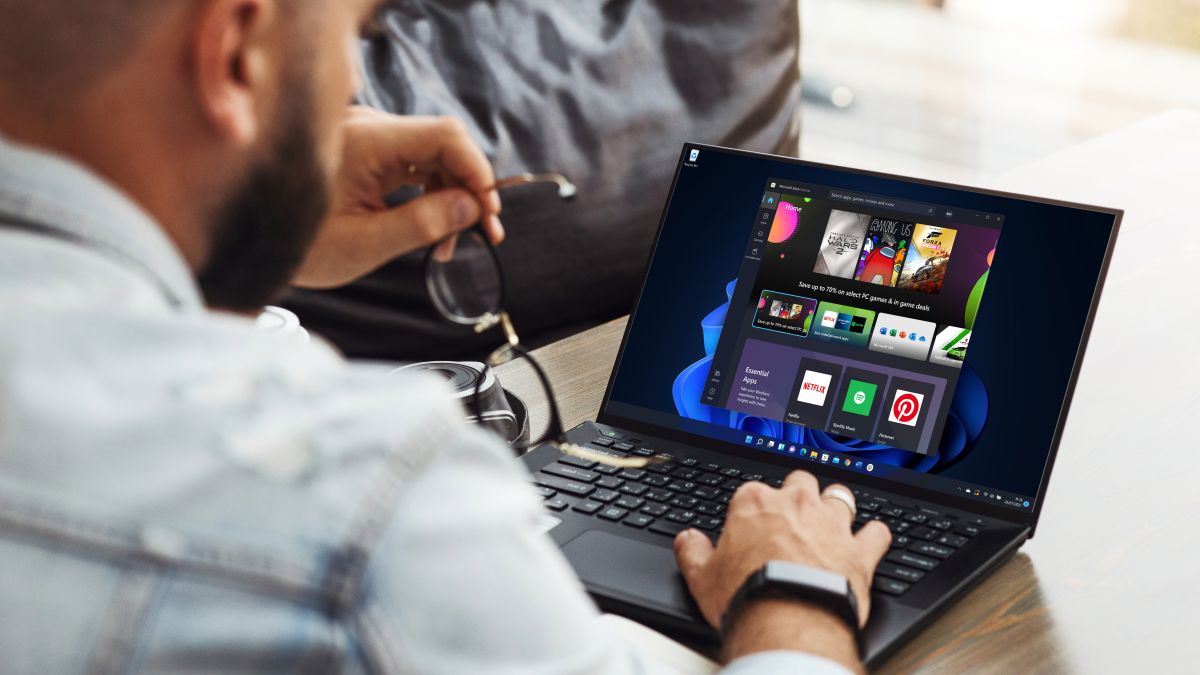 If Windows 11 really wants to compete with iOS and Android, it’s doing it wrong
10 mins ago

If Windows 11 really wants to compete with iOS and Android, it’s doing it wrong