When on a winning streak, you should make the most of it. And the British Government has hit the jackpot (again) with its Covid vaccination policy.

The Lancet has just published a study of 9,000 healthcare workers conducted by the Sheba Medical Centre in Israel (the country is the front runner in the global vaccination race). The study showed that just a single dose of the Pfizer vaccine had reduced the number of people developing symptomatic Covid-19 infection by 85 per cent.

This appears to vindicate our Government’s controversial decision in the New Year to break with Pfizer’s own recommendation that those who received a first jab should get a follow-up one three weeks later. Instead, it decided to maximise the numbers getting a first dose by delaying the second one until 12 weeks later.

The purpose: to save the maximum number of British lives.

As England’s Deputy Chief Medical Officer, Jonathan Van-Tam, put it last month: ‘Some people are questioning the UK policy of trying to give as many at-risk people as possible the first dose of the vaccine in the shortest possible time, inevitably extending the interval before the second dose is given.

‘But what none of these will tell me is: who on the at-risk list should suffer slower access to their first dose so that someone who’s already had one dose, and therefore most of the protection, can get a second?’

Van-Tam’s slightly aggressive tone was understandable, as the criticism of the policy was formidable. The British Medical Association, the ‘doctors’ trade union’, said it ‘urged the chief medical officer to review the UK’s current position of second doses after 12 weeks’.

As England’s Deputy Chief Medical Officer, Jonathan Van-Tam, put it last month: ‘Some people are questioning the UK policy of trying to give as many at-risk people as possible the first dose of the vaccine in the shortest possible time’

That national treasure Joan Bakewell, the 87-year-old broadcaster and Labour peer, instructed solicitors to start proceedings against the Government. In a letter, the firm said Bakewell was ‘concerned that . . . to delay the provision of the second dose of the Pfizer vaccine is potentially unlawful and unsafe.’

It was true many elderly people had been told, when they got their first jab, that they would get the follow-up three weeks later. They would have been disconcerted by being told they would now have to wait much longer. But something big had happened since the original Pfizer-approved policy had been drawn up. The Government had learnt just how extraordinarily infectious and rampant the new ‘Kent’ variant of the virus was. That national treasure Joan Bakewell (pictured), the 87-year-old broadcaster and Labour peer, instructed solicitors to start proceedings against the Government

This changed all calculations. It was an emergency, in terms of a much-increased threat to the most vulnerable. In such situations, you don’t play by the rule book: you go for broke.

This was in the spirit of the Government’s vaccine strategy overall. Unlike the EU, we gave early ’emergency use’ approval to the Pfizer vaccine (in contrast to Brussels, we did not quibble about liability if anything should go wrong).

Boris Johnson put a private equity biotech investor, Kate Bingham, in charge of our vaccine procurement programme, not some ex-politician or bureaucrat: again, the opposite of the EU. Bingham splashed out on a wider range of experimental vaccines, and more extravagantly, than did Brussels on behalf of its 27 states. That was also vindicated. When you consider the benefits of Covid immunity on a mass scale, both in terms of the economy and public confidence, paying a few euros more for each dose to guarantee maximum access is neither here nor there. Put another way: the EU had been cent-wise and euro-foolish.

Also now looking foolish is France’s Europe Minister, Clément Beaune, who said the EU had ‘nothing to envy’ from nations such as the UK and Israel, which had sped ahead on vaccination.

He criticised the ‘maximise first shot’ approach set out by Professor Van-Tam: ‘The British are taking many risks in this vaccination campaign.’ And only a week ago, his countryman, Jean Quatremer, wrote in the Guardian: ‘The UK’s ‘success’ is really an illusion: because to be fully effective, the vaccine requires two doses . . . and only 0.8 per cent of the UK population has received both shots, less than that of France (0.92 per cent).’ Also now looking foolish is France’s Europe Minister, Clément Beaune (pictured), who said the EU had ‘nothing to envy’ from nations such as the UK and Israel

We shall soon see which country’s success is an ‘illusion’ (with the UK now having given first doses to 26 per cent of the entire population, compared with little more than 5 per cent in France).

We shall see it in the death rates from Covid among the elderly in both countries over the next few weeks. It has plummeted in Israel, with the result that yesterday its government announced the re-opening of shopping malls, gyms, hotels and synagogues. Admittedly, to take advantage, a person must present a ‘green passport’, and this is given when someone has received both doses.

But Professor Arnon Afek, deputy director of the Sheba Medical Centre, said last week that his team’s research ‘supports the British Government’s decision’ to maximise the speed of first doses.

And his colleague Professor Eyal Leshem said: ‘These real-life findings certainly provide evidence that the UK’s policy on the delay between doses is justified.’

For those readers who have had the AstraZeneca vaccine, be reassured by the company’s own top scientist in the UK on the project, Sir Mene Pangalos, who says its latest research suggested that ‘efficacy appeared to increase up to 12 weeks after the initial shot’. For those readers who have had the AstraZeneca vaccine, be reassured by the company’s own top scientist in the UK on the project, Sir Mene Pangalos (pictured), who says its latest research suggested that ‘efficacy appeared to increase up to 12 weeks after the initial shot’

He was backed up yesterday by Sir David Spiegelhalter, chair of the Winton Centre for Risk at Cambridge University, who pointed out: ‘By February 17, there had been about 17 million vaccinations in the UK, with more than 16 million people having had a first dose. If a three-week gap had been used, only about 10 million would have had any vaccine.’

No wonder this has raised hopes that the UK will, by April, return to something like normal life — and normal economic activity. The markets have definitely noted this prospect. Last week, sterling climbed to $1.40 against the U.S. currency for the first time in almost three years: and it has risen more than 3 per cent against the euro since the start of 2021.

The money men have been betting on Britain. They are doing so because the British Government has itself been making winning bets on vaccination.

Still no life on Mars

‘Incredible pictures from Mars’ said almost every newspaper and broadcaster as the first images from NASA’s Perseverance rover came across after the craft had landed safely on the Red Planet.

In fact, the images were entirely credible. They looked just like the ones we saw — also in colour — after NASA’s Viking spacecraft did the same trip in 1976. Spot the difference! Images taken by NASA’s Perseverance, left, and by the Viking spacecraft in 1976, right

That was, now I come to think of it, the most extraordinary year, in terms of technological advances, of any in human history. Other novel developments in 1976 included: the first commercial flights of Concorde (which was also ahead of its time); the first laser printer; the incorporation of a company with the name of Microsoft; and the formation of Apple by Steve Jobs. Meanwhile, NASA, not content with its Martian exploits, also introduced the first space shuttle (the Enterprise).

For most Britons, though, the year will be remembered for record-shattering high temperatures in the summer. So much so that the Labour government created a minister for drought, in the form of a former Football Association referee named Denis Howell — who declared he would be setting an example of using depleted water supplies responsibly by sharing a bath with his wife, Brenda.

There were times that summer when parts of our traditionally green and pleasant land did, indeed, look more like the surface of Mars: arid and monochrome. Very dull, in other words.

Forty-five years after we first got a glimpse of its lifeless landscape, Mars seems no more exciting.

Imaginary Numbers May Be Essential for Describing Reality

New stimulus proposals look like a guaranteed income experiment. Early results show whether it will work
3 mins ago

New stimulus proposals look like a guaranteed income experiment. Early results show whether it will work Most Small Businesses Not Requiring Negative COVID Test
4 mins ago

Aly Raisman: A Day in My Life
7 mins ago

Aly Raisman: A Day in My Life 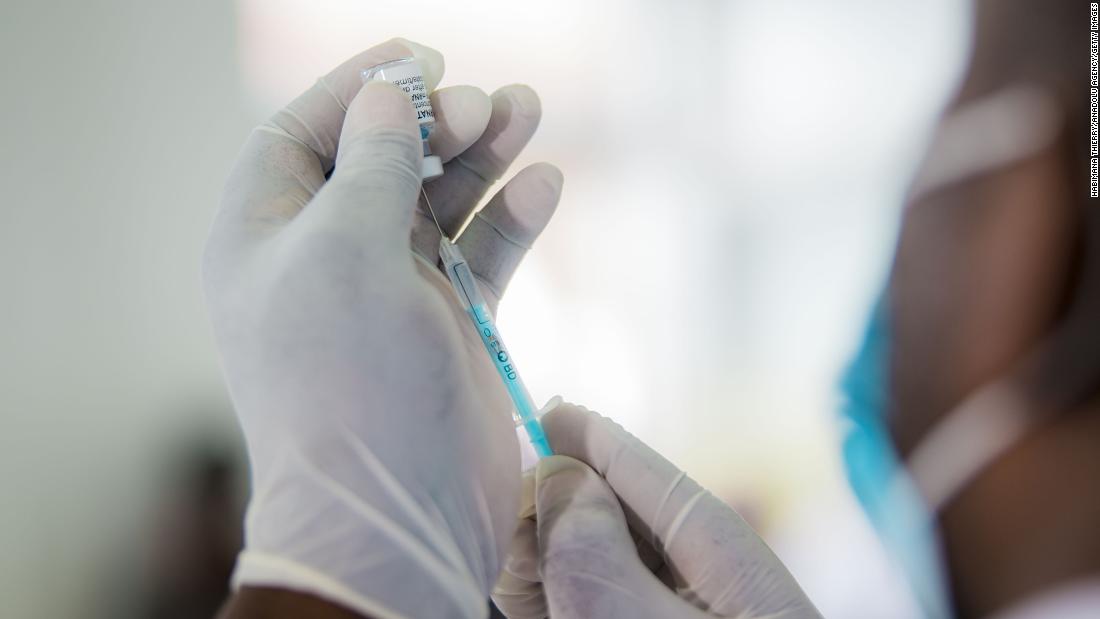 Opinion: The global economy won’t recover if we don’t get vaccines to developing countries, too
9 mins ago

Opinion: The global economy won’t recover if we don’t get vaccines to developing countries, too