One of her sons told TMZ that her daughter Dinah was with her when she passed away at her own house in Encinitas, California.

After becoming a star on The Mary Tyler Moore Show she earned an Academy Award and was tied with Julia Louis-Dreyfus for the most acting Emmys won by anyone.

She was nominated 22 times for the Emmy Award and won eight, including two for her turn as Phyllis on The Mary Tyler Moore Show in the 1970s.

Cloris went onto lead the cast of a short-lived spin-off series called Phyllis, which earned her yet another Emmy nomination.

Even in her later years she continued to be a major presence in TV comedy, winning a further two Emmys as Grandma Ida on Malcolm In The Middle.

Her Oscar came for Peter Bogdanovich’s 1971 coming of age movie The Last Picture Show, which also won her a BAFTA. She delivered a heartrending performance as an embittered housewife called Ruth whose secretly gay husband is the football coach at the local high school.

Ruth takes comfort in an affair with one of the students at the high school, Sonny, who was portrayed by a young Timothy Bottoms.

Born to a family that ran a lumber company in Des Moines, Cloris got the performing bug as a third grader when ‘my teacher asked me to read in front of the class.’

She told the Des Moines Register: ‘I was so touched because that really was the first acting I had ever done, just reading in front of the class. And I was so amazed with the fulfillment I got from being in front of people.’ Dramatic turn: Her Oscar came for Peter Bogdanovich’s 1971 coming of age movie The Last Picture Show, which also won her a BAFTA

At the age of 20 she competed in the Miss America pageant in 1946 and made it to finalist, getting a $1,000 grant for her trouble.

Her father then gave her enough money to be in New York ‘for three days including airfare,’ she said in an interview with blogger Vanessa McMahon.

Cloris quickly became a jobbing actress, landing an extra gig in the 1947 movie Carnegie Hall – the same year that the Actors Studio was co-founded by Elia Kazan and, as Cloris said: ‘I was in the first group.’ Versatile: She delivered a heartrending performance as an embittered housewife called Ruth whose secretly gay husband is the football coach at the local high school

During the 1950s she acted on TV shows like Lassie and Alfred Hitchcock Presents as well as in such movies as The Rack with Lee Marvin and Paul Newman.

In 1950 she starred alongside Katharine Hepburn in what become the longest-running Broadway production of Shakespeare’s As You Like It. Big screen: She also did three films with Mel Brooks starting with Young Frankenstein in which she is pictured with Marty Feldman, Gene Wilder and Teri Garr

Years later Cloris told TheaterMania that it was in fact Katharine who had ‘wanted me to read for As You Like It, which she was going to do on Broadway that fall.’

One year before she achieved full-on stardom she appeared in the 1969 film Butch Cassidy And The Sundance Kid led by Robert Redford and Paul.

She became a true showbiz juggernaut with her iconic role as the leading lady’s zany and meddlesome neighbor Phyllis Lindstrom on The Mary Tyler Moore Show.

The show ran from 1970 to 1977 and made stars of several members of its cast including the late Valerie Harper. During the 1970s Cloris became a comedy legend not just on television but in films, doing three movies with Mel Brooks.

She gave an unforgettable turn in Young Frankenstein as the forbidding Frau Blucher who sings the song He Vas My Boyfriend about Dr. Frankenstein.

Shortly thereafter she featured in Mel’s Hitchcock spoof High Anxiety as the evil Nurse Charlotte Diesel – and then in his send-up of period pieces History Of The World, Part 1 as Madame Defarge from A Tale Of Two Cities.

She recurred on such shows as The Facts Of Life and The Love Boat and to act in movies such as The Beverly Hillbillies. Showmanship: She recurred on such shows as The Facts Of Life (pictured) and The Love Boat and to act in movies such as The Beverly Hillbillies

Cloris retained a prominent acting career well into the 21st century including in Malcolm In The Middle which lasted until 2006.

Then in 2008 at the age of 82 she became the oldest ever contestant on Dancing With The Stars where she was teamed with ballroom dancer Corky Ballas.

‘I really loved it. I loved everybody associated with it. We just had a wonderful time. We were so cared for,’ she reflected afterwards.

‘Anything that happened was already premeditated and handled. There was never a problem. And I love dancing anyway, the world of dance.’ Acclaimed: Cloris is tied with Julia-Louis Dreyfus for most acting Emmys of all time; she won two of them for The Mary Tyler Moore Show (pictured)

Her film work did not stop either, as she appeared in such comedies as Bad Santa, Spanglish and The Longest Yard.

She was a scene-stealing presence in Bad Santa as an addled old lady whose grandson becomes friends with an alcoholic thief.

Just last year Cloris had a major role in the comedy movie Jump, Darling in which she played the grandmother of a drag queen. Legendary character: Cloris also starred on a spin=off of The Mary Tyler Moore Show called Phyllis which she is pictured on with Lisa Gerritson (left)

She remained so busy until the end that two of her movies are going to be released posthumously – High Holiday and Not To Forget.

A few years ago when The Hollywood Reporter asked her if she considered retirement she joked: ‘F*** you.’

In another interview the same year she expressed her delight that acting jobs are still offered to her ‘and it is the most amazing thing.’

Cloris confessed: ‘So many times I have been like: “Oh God, what were they thinking? How did they connect me to this part?” If you asked me, I wouldn’t have thought of myself for this role or this production, but they do and it comes to me and that means more to me than anything.’ Only the best: Her films include the classic 1969 buddy western Butch Cassidy And The Sundace Kid which she is pictured in with Paul Newman

Although she won laughs and love onscreen her personal life had its share of trials including her failed marriage to George Englund.

George, who came from a showbiz family and was close pals with Marlon Brando, married Cloris in 1953 when she was still a rising actress.

According to Cloris’ memoir she and George once acted as a buffer for Marlon when the hunk went on a date with the Italian movie star Anna Magnani.

Marlon apparently told Cloris and George: ‘I’ve got a date with Anna Magnani and I know she’s gonna try to f*** me. And that is truly the last thing in the world I want to happen, so can you two come along, give me some protection?’ There’s Robert Loggia: Even in her later years she continued to be a major presence in TV comedy, winning a further two Emmys as Grandma Ida on Malcolm In The Middle

The couple were hugely amused and agreed to help out their friend – but during the date when Anna started making advances toward Marlon, George and Cloris bailed and left him to rebuff her alone.

They had five children together – Dinah, Morgan, Bryan, George Jr. and Adam – but the marriage finally fell apart by 1979.

In the meantime he was unfaithful to her – Joan Collins has confessed that when she was in her 20s she had an affair with George during his marriage to Cloris. ‘I loved it’: Then in 2008 at the age of 82 she became the oldest ever contestant on Dancing With The Stars where she was teamed with ballroom dancer Corky Ballas

‘One dreadful afternoon when George was in my apartment, his wife, actress Cloris Leachman, arrived and started banging on the door and screaming that she knew he was there with me,’ Joan wrote in the MailOnline.

At his instruction Joan lied and said: ‘George isn’t here, Cloris’ – but Cloris was having none of it and bellowed: ‘I know he’s in there, you b****.’

However after the marriage fell apart Cloris and George managed to retain a close friendship and even eventually co-wrote her memoir. Bottoms up: She continued appearing movies into her later years as well including such comedies as Spanglish (pictured), Bad Santa and The Longest Yard Out for the count: Cloris was a scene-stealing presence in Bad Santa as an addled old lady whose grandson becomes friends with an alcoholic mall Santa

Their lives were scarred by tragedy in 1986 when Bryan was found dead at the age of just 30 of what the police suggested may have been an overdose.

In her memoir, which she co-wote with Bryan’s father, she wrote heartbreakingly bout her ‘hope addiction’ that Bryan would overcome his drug problem.

‘I feel Bryan’s presence always,’ she wrote. ‘I love him so, and I know how much he loved me, and I know he’d be with me every second if he could, just as when I die, I’m not going to be gone. I’ll be with my children. I’ll never be away from them.’ ‘We adore each other’: Cloris was married to George Englund from 1953 until 1979 but even after the divorce they remained friendly until his death in 2017 Spot the resemblance: Cloris and George had five children including a daughter called Dinah (left) who was with her when she died; pictured in 2013 ‘I feel Bryan’s presence always’: Cloris’ son Bryan (left) was found dead at the age of just 30 of what the police suggested may have been an overdose

Minimum Car Insurance Illinois: Everything You Need to Know
2 mins ago 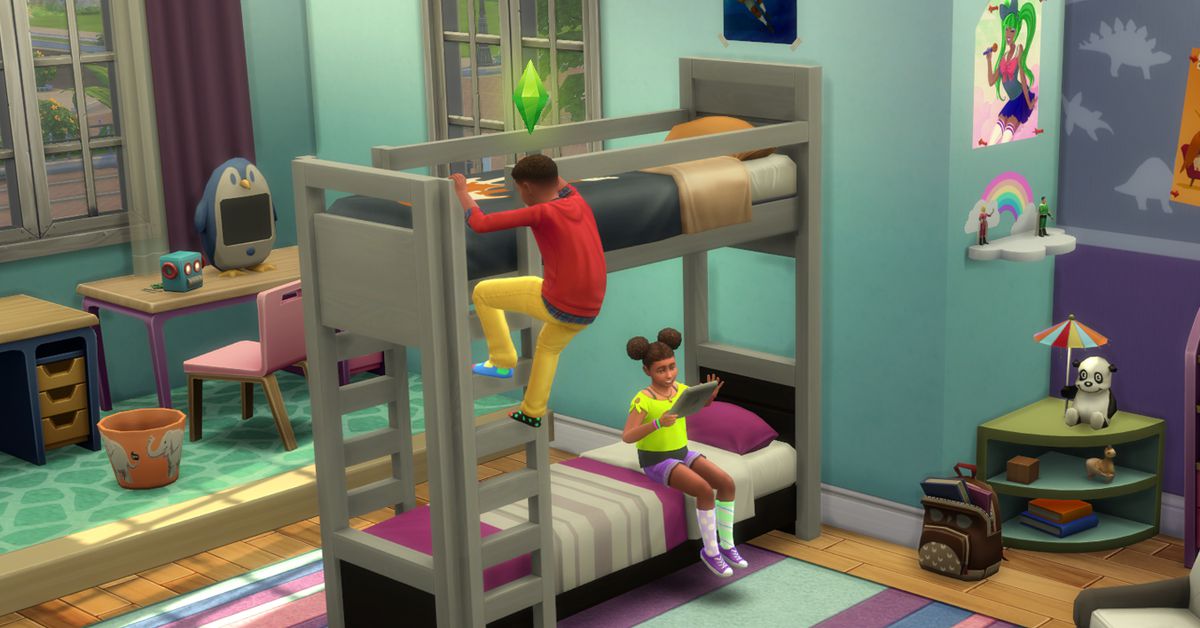 Google I/O: Google Workspace gets smarter with this major update
11 mins ago