Americans hoping to take advantage of the greenback’s historic strength with a vacation abroad should consider booking sooner rather than later. After a stunning rally over the past year, the dollar’s stint at multi-decade highs may finally have come to an end.

That is, if a handful of Wall Street strategists are to be believed.

One of them, UBS, told clients Wednesday that “the dollar’s best days may be behind us.”

Back in late April, the U.S. dollar reached its strongest level against the euro since late 2002, peaking at 1.05 euros to the dollar
EURUSD,
,
very near “parity” or the level at which one euro would be worth one dollar. Since then, the greenback has softened a bit. Still, one popular gauge of the greenback’s strength against its main rivals — the ICE U.S. dollar index — has gained more than 13%
DXY,

over the past year and more than 6% year to date.

These are massive moves for currency markets, where daily moves are typically measured in basis points, or fractions of a percentage point.

The greenback’s strength over the past year has been attributed to a number of factors, including:

Shifting interest rate expectations: The Federal Reserve has launched what markets expect will be the fastest pace of benchmark interest-rate hikes since 1994. Meanwhile, the Bank of Japan is standing by its monetary policy easing, while the European Central Bank has only recently signaled its intentions to start raising its benchmark rate later this summer for the first time in 11 years.

Record inflation: The highest inflation in four decades has helped spur the Fed to act more aggressively, while also driving up nominal yields (while weighing on real yields).

Safe-haven flows: While inflation has sapped the dollar’s buying power domestically, worries about slowing economic growth in Europe and China (which could see its GDP growth rate for the year lag that of the U.S. for the first time since the mid-1970s) have precipitated foreign buying of the greenback in what market experts have described as a “flight to safety.”

But over the past couple of weeks, strategists at investment banks in Europe and the U.S. have increasingly taken the view that the dollar’s rally has run its course.

UBS, the Swiss megabank, has officially taken the view that the dollar has reached a secular turning point, and will give back some of its gains in the coming months as the Fed hikes rates.

UBS isn’t the only investment bank to embrace this view: According to the median estimates from 44 brokers, Wall Street sees the euro-dollar pair strengthening into the end of 2022. The median estimate has the euro trading at $1.10 by year end, compared with $1.07 on Wednesday.

In making its bearish case for the dollar, the UBS analysts noted that the Fed’s favorite inflation gauge, the personal consumption expenditures index, rose just 0.2% on a month-over-month basis in April, marking the smallest increase since November 2020. This followed a 0.9% month-over-month increase in March.

This hint that inflationary pressures might be waning (at least in the U.S.) has spurred an improvement in long-term breakeven rates — a measure of the market’s expectations far out in the future. For example, the U.S. 10-year breakeven rate has dropped to 2.6% this week, compared with 3% one month ago, a sign that investor confidence in the Fed’s inflation-fighting abilities is improving, according to strategists from UBS.

In turn, this has caused expectations for the Fed’s rate-hike path to moderate: Fed funds futures — an interest-rate derivative used by traders to hedge against or bet on movements in the Fed’s benchmark rate target — are presently pricing in 266 basis points of rate hikes for 2022, compared with roughly 285 basis points in a forecast issued in early May.

The team at UBS added that the extent of the dollar’s gains over the past year has been surprising: “While we have guided for short-term USD strength since the start of the year on the back of the Fed’s tightening cycle, the magnitude of the appreciation has exceeded our expectations,” wrote the team, led by Mark Haefele, UBS’s global wealth management chief investment officer.

They now see risks to the greenback as being “more balanced.”

Since the dollar plays a special role in the global economy due to its status as the reserve currency (something we explored in more detail here), the dollar’s strength over the past year has created problems, particularly for the governments and corporations of developing economies, which often finance at least some of their debt in dollars and euros.

Last month, a team of currency strategists at Bank of America explored the possibility that continuing dollar strength could lead to Hong Kong abandoning the Hong Kong dollar’s peg to the greenback. Hong Kong isn’t the only economy that pegs its currency to the dollar (many Middle Eastern countries do so as well, including Saudi Arabia). The breaking of these pegs could trigger more upheaval across markets.

“We certainly don’t see a case now as the U.S. is driving a much-needed tightening of global financial conditions. But there is a danger that this could go too far and fall too heavily on emerging-market currencies,” wrote Barrow, the head of G-10 strategy, in a note to Standard Bank’s clients.

Finally, there’s the historical pattern. During the last four rate-hike cycles, the dollar typically weakened during the 12 months after the first Fed hike. It exhibited this pattern in 1994-1995, 1999-2000 and 2004-2005. The lone exception was the short-lived hiking cycle that began in late 2015, which saw the greenback strengthen over the following year.

To be sure, there’s also the possibility that more safe-haven flows and the continuing attractive yield differential (as U.S. rates rise more quickly than rates in Europe and Japan) help to keep the dollar elevated.

After all, just because a given asset or currency has historically traded in a certain pattern doesn’t mean that pattern is destined to repeat. 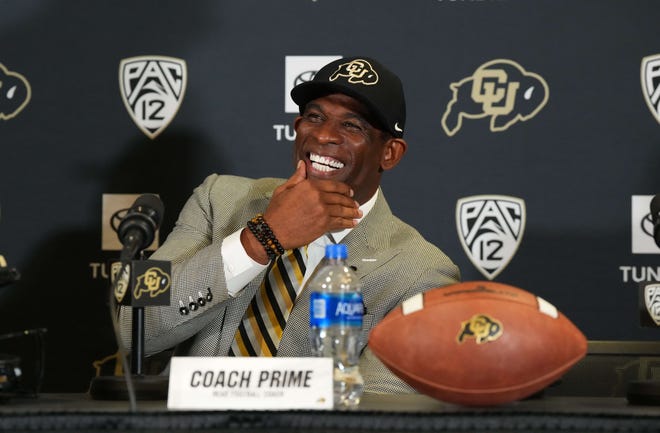 Bradley Beal says he had no viable landing spots in free agency, but that ignores the reality of star movement
39 mins ago