Craig Bernhard worked his tail off for 43 years. Twenty-six of them were in the Air Force, which included time as a fighter pilot — F-106 Delta Darts and later the F-15 Eagle — and then 17 at Boeing Corp. (BA), where he worked on various weapons programs. It was rewarding, fast-paced, well-compensated, but also intense, highly stressful, and never ending. By 2014, he was 64 and had had enough.

“I was burned out with commuting, deadlines, emails, pressure, 60-hour work weeks. There was no let up,” he said. “I wanted out, but didn’t know what I wanted, didn’t have time to sit down and self-examine.”

That’s where a retirement coach comes in. Think of a retirement coach as a listener, adviser, therapist and friend rolled into one. That’s what Dee Cascio, a Washington, D.C.-area coach is; she helps workers transition from careers into whatever it is they’d like to do — and be — next.

“Moving from work to retirement is one of the most important transitions in your life,” Cascio says, “because it involves making many personal decisions that reflect one’s career history, interests, temperament, family circumstances, needs, wants and desires. Failure to plan may lead to an aimless path of confusion, uncertainty, and misdirection.”

Before going further, let’s make this important distinction: “retirement coaching” is very different from “retirement planning,” which typically conjures up thoughts of money. Will there be enough? How should it be allocated? How and when should it be withdrawn? What about Social Security, Medicare and all the rest? Important as these matters are, that’s not what retirement coaches do.

For some of the 10,000 Americans who the U.S. Census Bureau estimates are retiring each day, a retirement coach could make a big difference and be the Best New Idea in Retirement. The entire Boomer cohort will be at least 65 years old by the end of the decade. Many simply need guidance on what is arguably the biggest turning point of their lives.

A good retirement coach generally can cost between $100 and $300 per hour. How to find one? The normal rules apply here: Ask for references and check them. It also wouldn’t hurt to ask for a sample session either before signing on for anything more extensive. You want to be comfortable with, and trusting of, whoever you decide to work with. I found Cascio via the Retirement Coaches Association. She’s an LPC (“licensed professional counselor,” LMFT (“licensed marriage and family therapist,”) and BCC (“board certified coach”). There are still other certifications for this profession.

Theoretically, a financial adviser could offer such skills, but generally doesn’t. Financial advisors — typically known as certified financial planners or chartered financial consultant — specialize in specific, financial-related topics such as creating a financial plan, helping you manage your investments in a way that reflects your age, investment expectations, tolerance for risk and so forth, along with everything from tax preparation, buying a home, wading through the complexities of Social Security, Medicare and more. Such client-advisor relationships can last for years, whereas relationships between retirement coaches and clients tend to deal with non-financial matters and last a shorter time.

Cascio emphasizes that coaches should be trained by a certified coaching organization and that all coaches should adhere to a code of ethics. “There are some coaches who say they’re coaches but they’re not coach trained,” she says. “That’s why a bio with credentials is so important.” It is these standards and ethics that enable coaches to work effectively, honesty and confidentiality with clients, she adds.

One of the more important things coaches try to convey to clients is that a happy and healthy retirement isn’t all about the Benjamins. “People can retire with plenty of money, but if they don’t have a quality of life experience, they could feel disillusioned,” says Cascio. “With coaching, you partner with your client and help reach the goals that they’ve defined for themselves.”

The problem is that many people work so hard for so long — like Bernhard — that their identity becomes deeply intertwined with their career, and they don’t know what they want or where to start.

“You go to a party or something, and you know how it is,” he says. “The first question people ask is ‘What do you do?’ Your career is your identity.” Even when you’re retired, he adds, people are still conditioned to answer in the past tense, as in “I flew fighter planes and then worked at Boeing.” This is our culture: In the eyes of others, what we did for a living is how we’re judged.

The focus on work and career is often so all-encompassing, so overwhelming, that it can lead to problems when workers finally do step away: a loss of self-worth, alcoholism, health issues, divorce (so-called “gray divorces” are soaring), and, for retirees on their own, isolation, a health issue in and of itself.

‘I had trouble letting go. I really loved my career’

Because “transitions cause anxiety,” Cascio says the ideal time to start planning for a post-work life — which, after all, can extend for decades — is about five years before you plan to stop working. Through a series of conversations, questions and forms, she learns what skills her clients have, what they liked and disliked about their work. “And then we talk about how to replace what work provides.” Starting early gives you more time to think and reflect, which can make the inevitable transition smoother and less stressful.

Such transitions can be dramatic. In the Air Force, Bernhard commanded units, dealt with generals on a regular basis (he retired as a colonel), and at Boeing briefed senior executives on defense and technology matters. He describes it as “a continual cycle of adrenaline rush.” And yet he knew all along that he was an introvert. “I like to be alone,” he says.

With Cascio’s coaching, Bernhard went through a process of elimination, shedding things he didn’t care for, while retaining those he did. It led to a post-work life that keeps him engaged and provides fulfillment. One thing the ex-fighter pilot does now is lead tours at the Smithsonian’s Air & Space Museum, showing off space capsules, World War II bombers, rockets and more.

As Bernhard was working with Cascio, he realized that easing into retirement — gradually cutting back at work — would have made for a much smoother transition. “Working 20 hours a week would have been perfect,” he says. But in 2014, Boeing’s all-in, hard-charging culture wouldn’t allow that — it was full time work or nothing. Today though, there are massive labor shortages in the United States — 11.2 million job openings as of February, the Labor Department says, twice as many as 2014. This translates into worker leverage over employers.

And older workers, often the first to be shed in “normal” times because of higher labor costs, are now desired for their skills, maturity and institutional knowledge. It’s a good time for anyone, say, 55 or older to have a conversation with the boss about transitioning away from work. Chances are pretty good that if you want to work say, three days a week, or remotely from your cabin by the lake, you’ll find a receptive ear.

The adjustment to retirement can be stressful — even traumatic — for anyone, says another experienced coach with several professional certifications and a master’s degree in education, Minnesota-based Karen Carr. During Carr’s two decades of coaching, it’s her observation that men need coaching more than women.

“Men are more associated with what they do than women,” claims Carr. “I often get calls from adult children who ask, ‘What can we do about Dad?’”

Carr — who, like Cascio, also emphasizes the certified training, adherence to ethics and high standards that coaches should have — has a process when working with clients. It involves a lot of listening to new clients, getting them to open up about their situation, and getting them to express where they would like to go. She took me through it. This involved drawing a circle, sliced up pizza-like into eight pieces. Each piece represents a slice of your life: Career, Money, Health, Significant Other, Friends & Family, Personal Growth, Fun & Recreation and finally, Environment (your home, city, etc.) Each slice is then assigned a number from one to ten, with one meaning dissatisfied and ten meaning perfect.

All of my numbers were high and pretty much the same number (I gave my worst category, “Fun & Recreation,” a seven out of ten, which means I need to have more fun).

“Now imagine if this circle was a bicycle wheel,” Carr says. “If your numbers were uneven, if some were low and some were high, it would be a pretty bumpy ride. With a client’s permission and willingness, we would work together on any of those parts of their life that they would like to work on.”

One of Carr’s clients is 64-year old Linda Jorn, who retired in February 2020 after a long career as a university executive and, before that, intensive care nurse. Like Bernhard, Jorn felt ready to step away from her career, but realized she needed some guidance.

“I had trouble letting go,” she says. “I really loved my career, I was passionate about it.”

Carr gave her the tools and framework that enabled her to think things through. “She made me focus on my core principles; what is it that drives me on a daily basis?” Part of the process involved keeping a journal, and from this, Jorn distilled her thoughts to a few simple lines that motivate her and keep her focused daily.

But while Bernhard and Jorn left their careers willingly, another Carr client, 67-year old Jeff Helgerson of Minneapolis, didn’t. He was laid off from an engineering job in the medical devices industry in both 2013 and 2019, and took it hard.

“When you’re laid off there’s a mental thing where you don’t have a lot of self-worth.  You think ‘Gee, I got laid off, I must not be worth much.’ But Karen helped me through that; she reminded me that I do have value and do have skills.” Helgerson soon found another job, and each time, the coaching he received from Carr was invaluable.

“I felt it was worth it. And she’s (Carr) worth it. She was someone worth talking to; she has no bias, which was very helpful. I could talk to my wife, or friends. But they might have some sort of bias. Karen is independent. It really helps to have someone like that who can put things in perspective and think about the next stage in a better way.”

That’s really the key here: getting older workers to think about the next stage in life. What’s that going to look like? What’s your plan? How will you get there?

And keep this in mind: We’re not talking instant solutions here. Retirement is a huge part of your life. A deliberate, thoughtful approach, with an independent, qualified coach who can work with you in confidence and guide you along as you find your way is a process that can play out over many months, perhaps even years as you age and your situation and desires change.

“Most people are defined by work,” Cascio says, “and the idea of leaving that all behind is scary.” But it doesn’t have to be. And that’s where a retirement coach can help. 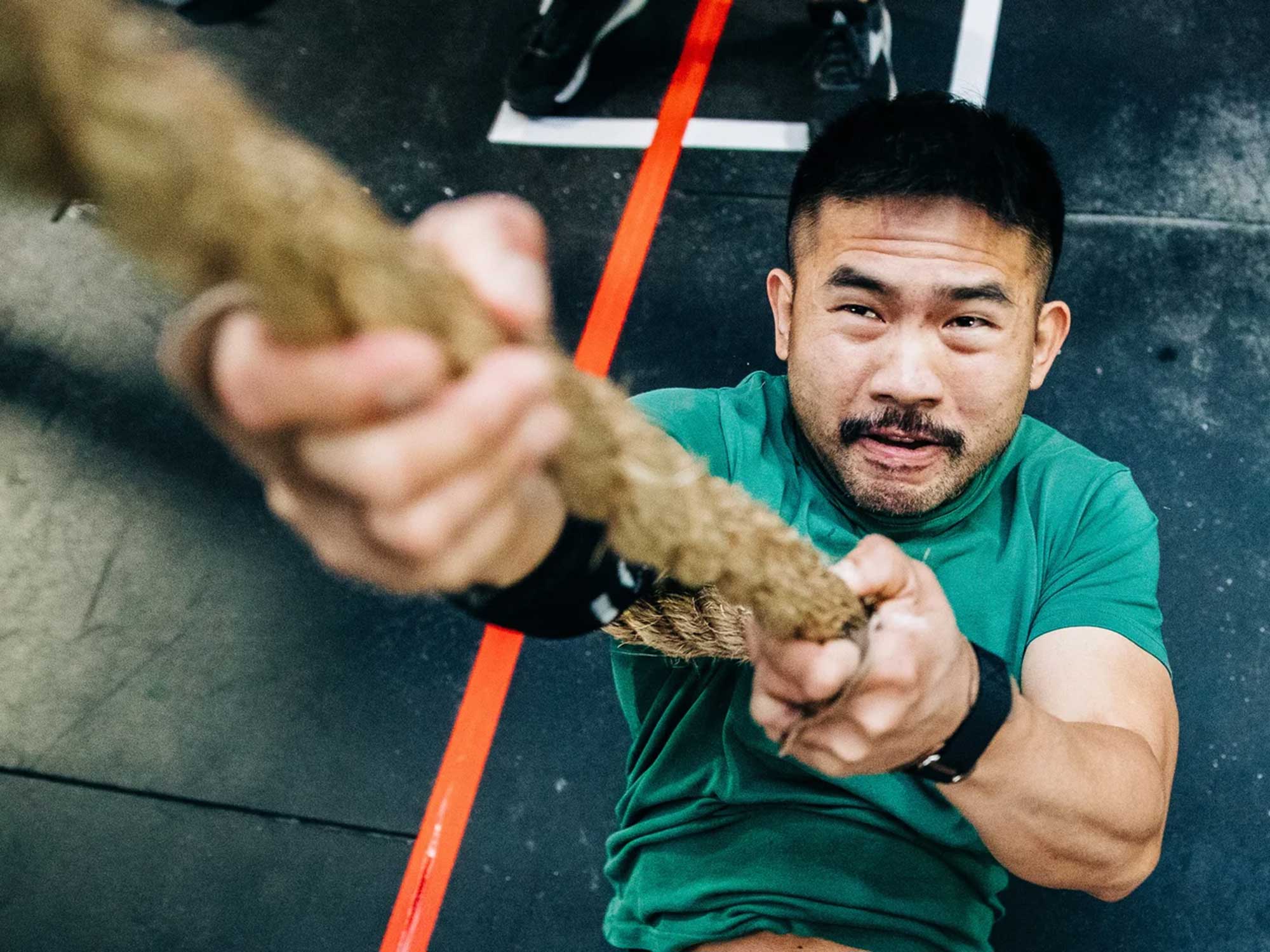