Whether or not you’re a fan of electric cars and trucks, Ford’s
F,

F-150 Lightning is bound to win converts for years to come. Among the biggest selling points is the “frunk.”

Frunk, a made-up word combining the words “front” and “trunk,” is not new. Many rear-engine cars like the Porsche 911
POAHY,
,
original VW Beetle
VWAGY,
,
and Chevrolet Corvair use or have used the area under the hood for storage. With the F-150 Lightning, the truck uses no engine because it’s powered entirely by electricity.

Ford could have lined the space with plastic and called it a day. Like everything else on the all-electric F-150, Ford goes way beyond conventional. We’ll tell you about the ultrapractical features of the frunk and the things you can fit inside.

And that’s just the start. Read on to see what other features you will find.

Also see: Why buyers are snapping up this new Jeep—and paying quite a bit for it

Inside, there you’ll find other cool features. For example, there’s a cargo net and grocery bag hooks to keep things like eggs, bread, and bottles from rolling around and breaking or destroying other food items. Smart.

The truck comes with a lighting system that turns on automatically when you open the frunk, but there’s also a button that operates two small banks of LED lights. Those lights aim downward to make working in the dark that much easier.

A glow-in-the-dark button inside the storage area also comes in handy for any just-in-case situation. For example, if a person gets closed inside the frunk, they can hit this emergency release and pop open the frunk (we tested — it works).

In addition, you’ll find other useful touches inside the frunk, such as a removable panel that reveals another storage area. If you need to keep food or other items cold for a long trip, the Lightning’s frunk has a built-in drain that allows it to be used as an ice chest or for carrying other messy things.

The frunk has four household-style electrical outlets and two USB ports, including one USB-C. Ford describes it like this: “Cleverly designed with bumper-height clearance for easy access, this water-resistant space comes equipped with four electrical outlets, two USB chargers, and a drainable floor that can double as a food and beverage container. It can easily power a mobile work site or an epic tailgate. With 2.4 kilowatts of power, there’s enough capability to plug in power tools, TVs, laptops, speakers, slow cookers, and more.”

See: Does driving an electric car really save you money? A cheapskate runs the numbers

Capacity: Can the frunk hold two sets of golf clubs?

The Lightning offers ample payload. It can hold 400 pounds.

While most of these are helpful and valuable consumer-oriented features, the fact that the frunk is power-operated, lockable, and watertight means for some that it might be able to replace those large pickup bed-mounted tool boxes professionals often use. For many, this translates to more useable bed space. And that truck bed offers some pretty compelling features of its own.

Check out: Which electric SUVs have the most cargo space? Here’s a full list

Finally, there is a hidden access door to the small “starter” battery in case your Lightning needs a jump or if the small battery needs replacing. You can find that hidden panel behind the cargo net.

Ford engineers got so excited about the Lightning’s features they resorted to puns.

According to Linda Zhang, F-150 Lightning chief program engineer, “The F-150 Lightning pickup’s Mega Power Frunk is one of those features that reshape what vehicles can provide for customers. Its sheer size, ample power supply, drainable floor, and open-and-close system that opens with the touch of a button make it frunking awesome!” Yes, she said that.

This story originally ran on Autotrader.com. 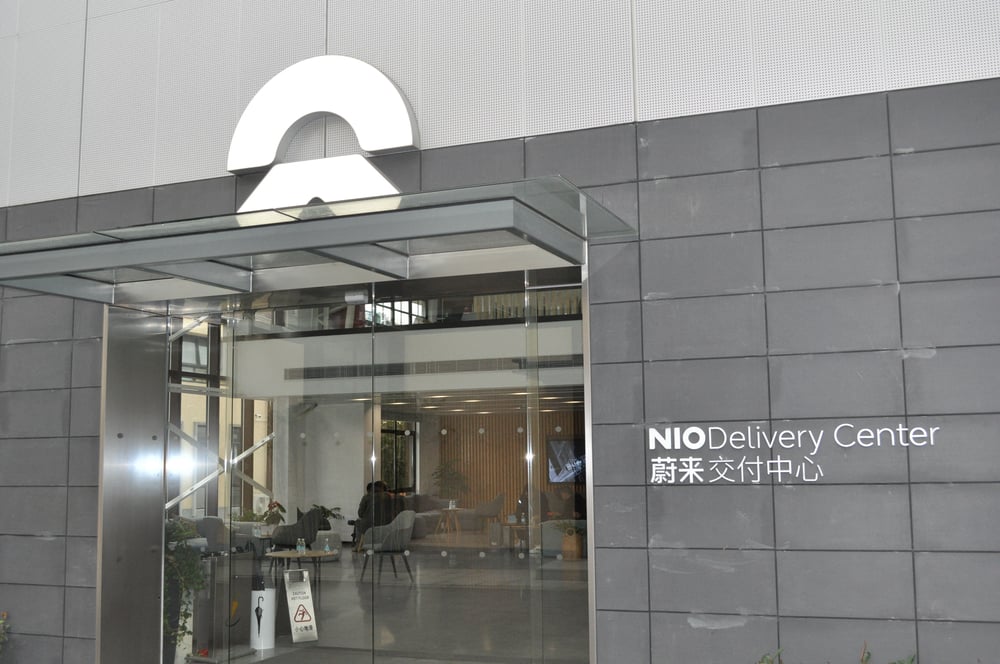