LONDON — Raheem Sterling’s second-minute goal was enough for Manchester City to secure their 18th straight win in all competitions as a spirited Arsenal fell to a 1-0 defeat at the Emirates Stadium. City were overwhelming early in his contest, Sterling netting one of three excellent chances that came his way in the first five minutes when he ghosted into space between Hector Bellerin and Rob Holding to head home. For much of the 20 minutes that followed, Arsenal struggled to get out of their box as their visitors probed for weaknesses.

However as the contest wore on Arsenal grew into a more serious opponent, Bukayo Saka particularly menacing even if the Gunners struggled to carve out many good quality shooting chances. Still, City looked the more likely to score and should have killed the game off in the 81st minute when Joao Cancelo drove wide when well placed in the box.

In the end City had only needed their early opener as they restored their 10-point lead at the top of the Premier League table. Here’s how the players fared at the Emirates Stadium.

Bernd Leno: Could do nothing about City’s opener but saved well from Ilkay Gundogan in the second half on what was a surprisingly quiet afternoon for Arsenal’s goalkeeper. Rating: 5

Hector Bellerin: Though he was certainly not the chief culprit for City’s opener, Bellerin did not cover himself in glory with his sedentary defense. That set the tone for a disappointing performance by the Spaniard in admittedly tough circumstances, one where his transition play left a lot to be desired and he allowed too many runners to exploit the inside channel behind him. Rating: 3

Rob Holding: That Sterling beat him to a header was unforgivable and it was apparent he would impose himself on City forwards if they came his way again. He did well to get out to the No. 7 on the numerous occasions. In possession the center-back was skittish and a little slow to release the ball early on, an all too familiar facet to Arsenal’s play, but in the second half was prepared to step into midfield and even take on an opponent. Rating: 5

Pablo Mari: With City not playing a natural center forward, Mari had what amounted to license to roam without possession, chasing the likes of Gundogan right into the City half if necessary. He may not be the quickest but the Spaniard is very well organized and rarely gets caught unaware. Rating: 5

Kieran Tierney: There were some impressive crosses early in this game but having just returned from injury the Scot tired swiftly as the second half wore on. Rating: 5

Mohamed Elneny: Simply put, Elneny was out of his depth against this level of opposition. He needed too much time on the ball before picking out a pass and all too often his instinct was to go backward. Rating: 4

Granit Xhaka: When Arsenal did manage to break with speed the move could often be traced back to a Xhaka pass. The Swiss midfielder was impressive in his positioning, constantly moving to offer an option for his center-backs to get the ball forward. Rating: 6

Nicolas Pepe: So many of Pepe’s best moments were the sort of invisible effort plays that were all too infrequent in his first season at Arsenal. No one chased harder to win the ball back, to get in position to block the pass. That that lessened his effectiveness with the ball was no great surprise, he had worked so hard without it. Rating: 6

Martin Odegaard: You could see there were moments when Odegaard was able to pick apart the gaps in the City armor and perhaps with a few more weeks in an Arsenal shirt he would do so with more regularity.  Rating: 6

Bukayo Saka: Even in Arsenal’s most trying moments Saka stood out as the one player who did not look overawed by his opposition. Whenever the ball came his way he would look to commit opponents and force a chance. If anyone was going to get the Gunners back into this contest you sensed it was him. Rating: 7

Pierre-Emerick Aubameyang: A frustrating and lonely game for Aubameyang, so often asked to chase balls in the channel and compete for aerials. It did not suit his qualities in the slightest. Rating: 5

Manager – Mikel Arteta: His constant pleas from the touchline served to emphasize how outmatched his players were against the league leaders, though you also wondered if on occasion his micromanagement might be taking things a little too far and inhibiting his players from expressing themselves. Rating: 4

Ederson: It was perhaps no wonder he shanked a clearance in the 70th minute, he had had so little else to do he was probably getting rusty on a night where he probably should have brought a book. Rating: 5

Joao Cancelo: As intriguing a player as there is in the City team, he had a welcome habit of popping up just where Arsenal did not see him. One moment he would be drifting into midfield to allow Gundogan or Bernardo Silva to bomb on, the next overlapping beyond Mahrez. Wherever he was needed you could be sure Cancelo would soon be there. Rating: 8

John Stones: One moment where Arsenal looked to release Aubameyang into the space behind Stones typified his excellence today as the No. 5 not only kept pace with his forward but used his strength to quell any danger. It is easy to see on this evidence why Aymeric Laporte can’t get a look in. Rating: 7

Ruben Dias: The Portuguese relished his tussles with Aubameyang and at times stretched beyond the limits of the laws to impose himself on Arsenal’s danger man. It worked rather effectively on a quiet night for Dias. Rating: 6

Oleksandr Zinchenko: Slightly more withdrawn than Cancelo on the opposite flank, Zinchenko was neat in possession and his crosses invariably asked difficult questions of the Arsenal defense. Rating: 6

Fernandinho: You would not have imagined he was 35 such was the speed with which he darted toward the ball when an interception was on. After 80 minutes he alone had won three tackles in a game where his teammates had won two, Fernandinho proving himself to be a vital weapon in suppressing opposition counters. Rating: 7

Bernardo Silva: As hard for Arsenal to defend as any player because he kept picking up awkward positions from which to attack, at times partnering De Bruyne in a front two and on other occasions filling in at right wing-back so Cancelo could drive forward.  Rating: 7

Ilkay Gundogan: His runs in behind stretched the game but after his free scoring exploits of late the chances that had fallen his way previously did not present themselves with such regularity as he settled into a more facilitative role. Rating: 6

Riyad Mahrez: No one else on the pitch seemed to be having quite as much fun as Mahrez, who demanded the ball whenever it went down the right flank, all the better to drive at Tierney. More often than not, the Algerian got his way, never more so than with his brilliant cross for Sterling’s goal. Rating: 8

Kevin De Bruyne: In his first start for a month it was natural that the Emirates Stadium would not see the full De Bruyne show but what he offered was still thoroughly impressive, including an impudent chip early in the second half that might have been one of the goals of the season if it had been a few inches to the left. For all that he might not have been at his best he still created more chances than any other player on either side. Rating: 8

Raheem Sterling: He could have had a hat trick within the first five minutes as Bellerin struggled to offer any real resistance and throughout this match he seemed to relish driving at what was Arsenal’s soft underbelly. It took increasingly impressive defending from Holding to deny him more goals. Rating: 8

Gabriel Jesus (sub, De Bruyne, 63′): Offered a more direct threat when he came on at the hour but spurned a late chance to kill off the contest. Rating: 5

Manager – Pep Guardiola: In contrast to his counterpart, Guardiola was simply able to leave this winning machine ticking away, rarely intervening having set his team up perfectly to win this game early. Rating: 7

How algorithms are used to hurt consumers and competition 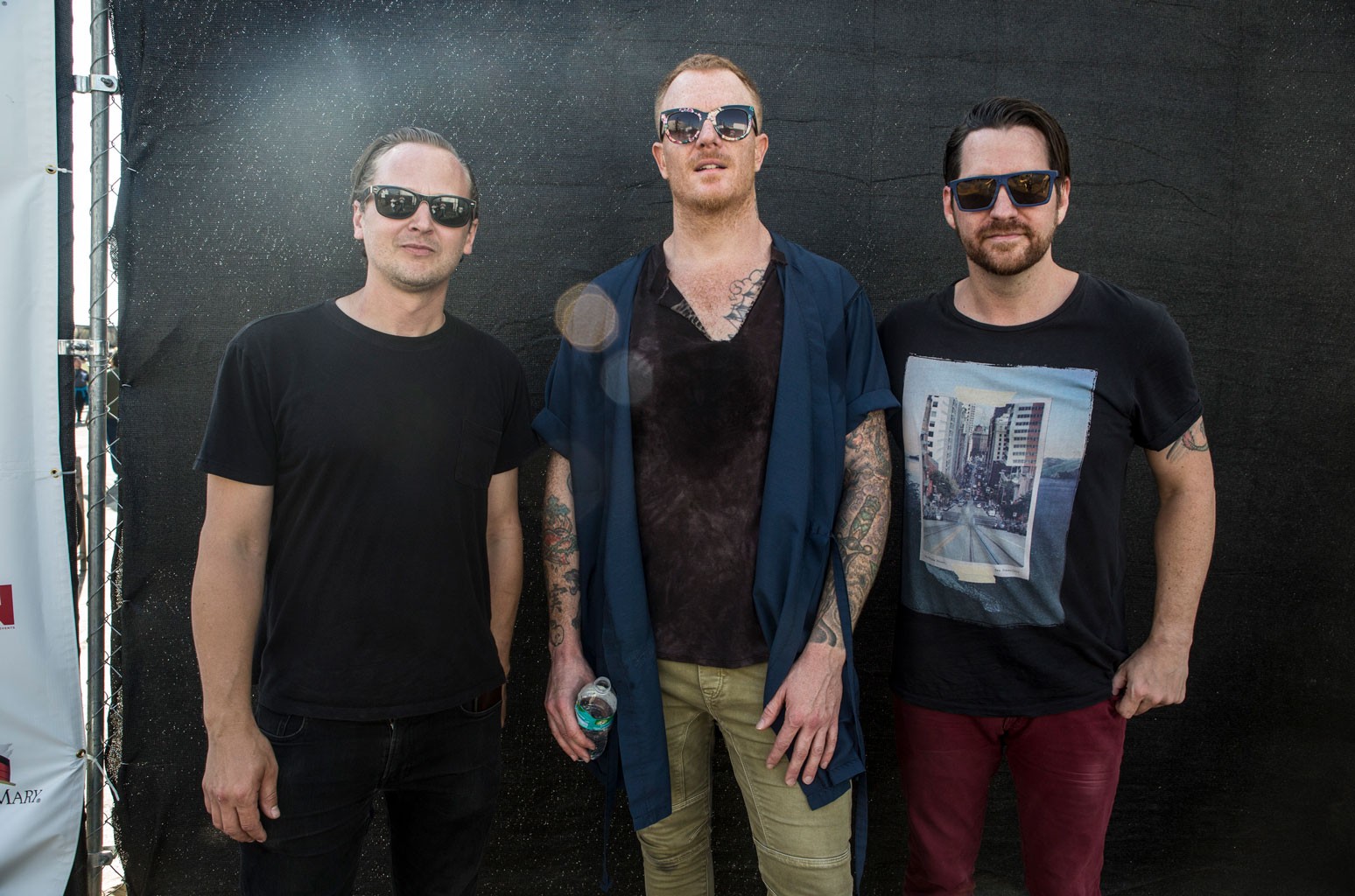 Eve 6’s Max Collins Plays ‘Is It Better Than the ‘Heart in a Blender’ Song or Not?’
9 mins ago