Mark Selapack could probably use a break. Stranded for a time aboard the Grand Princess cruise ship in March while he worked to transfer COVID patients, deployed to wildfires up and down California, and sent to skilled nursing facilities to provide badly needed patient care, the San Diego–based paramedic was not home for 160 days in 2020. Then the calendar turned over—and the pace, and need, only accelerated.

“It’s a little bit exhausting, but definitely rewarding for those we do help out” Selapack said during a recent shift in Imperial County, where staffing shortages had created a mini-emergency of its own. Of his fellow medics, he said, “You can see it’s taking its toll on them. They’re tired. They’re also getting sick, so they’ll be taken off shifts. But overall, everyone is doing a good job. They’ve adjusted and they’re handling this.”

“It won’t always be like this,” Selapack added—and then his pager went off. He was quickly gone, the sirens on his ambulance blaring as he headed out to answer another 911 call. It was two in the afternoon.

There is nothing poetic about what is happening. Across the country, and especially in Southern California, emergency medical personnel have been pushed to their limits. Besieged by emergent COVID cases, they race to hospitals only to find themselves sitting in ambulance lines that may be hours long, waiting to drop off their patients, some pale and sweating as they labor to breathe, tied to oxygen tanks that hiss as they run low. Understaffed, the workers are sometimes placed into “forced rehire” status, meaning that as they complete one shift, they are shortly turned into another.

“There are a lot of worries, especially for the safety of yourself, your family and your patients,” says Elizabeth Salerno, a 20-year critical care transport nurse. “It’s loud [in the ambulance] with the exhaust fan venting out, and hard to hear with the muffled voices from wearing masks and shields. You want to talk with the patient, but want them to conserve what lung capacity they have, so instead you just hold their hand.”

Increasingly, they are being asked to make more challenging decisions, including such things as which patients actually merit an ambulance ride to a facility, and which might fare just as well at home. And as cases of the virus spike to record levels, there is no relief on the horizon.

“Will we have a surge on a surge, or is this the peak?” asks Clayton Kazan, medical director of the Los Angeles Fire Department. “We have managed to hold it together—but it was by the skin of our teeth.”

As one who has been on the receiving end of “lights and sirens” for 25 years as an emergency medicine physician, I can attest that the work emergency medical service (EMS) providers do for our community and our hospitals is critical. A good medic sets the tone for the rest of the resuscitation that occurs in the emergency department. Arriving from the scene of accidents, overdoses, parking-lot births, cliff rescues and everything else imaginable, a calm medic who conveys clear, accurate information to the ED staff — and who treated the patient appropriately in the prehospital setting, is pure gold.

And those medics are stretched to whatever level lies beyond “thin.” Many of Kazan’s EMS providers were deployed as strike teams to fight the wildfires raging across much of California just a few months ago. Now, they are back to battling the COVID-19 fire, which too appears to be burning out of control, fueled by holiday gatherings and a public fatigued by an unending series of lockdowns and mitigation.

“The last two weeks have just been absolutely horrific,” says Kazan, who runs one of the largest EMS services in the country, overseeing 3,000 paramedics and emergency medical technicians. Los Angeles is the first county to hit one million coronavirus cases and, according to public health data, a county resident dies of this virus there every six minutes.

Not only has the volume of emergency calls spiked in both L.A. and San Diego, but so has the acuity of those calls. Marianne Gausche-Hill, medical director for Los Angeles County’s EMS Agency, says that at the outset of the pandemic, emergency calls were actually down by 20 to 25 percent, “but now we’re up about 20 percent versus 2019 levels, which was a record year.”

In the first two weeks of 2021, EMS responses in Los Angeles County averaged around 3,000 per day, a 23 percent increase from the same time last year. Jeff Lucia, director of communications for Care Ambulance, a private provider of ambulance service, says requests were running some 40 percent higher than what the company has come to consider “pandemic normal,” and that wait times of eight to 10 hours for drivers to offload patients at hospitals have not been uncommon.

Gausche-Hill says cardiac arrests in the field have skyrocketed, too, shooting up 40 percent in December compared with any other month on record with her department. San Diego County, meanwhile, set a record last week for the number of cardiac arrests in the field recorded in a single day—21, according to EMS medical director Kristi Koenig. Although no single cause may explain it, some EMS officials suspect that patients have postponed hospital care during the COVID crisis, leading to more emergency situations.

“I keep hearing ‘cardiac arrest, cardiac arrest, cardiac arrest’ on the radio,” Kazan says. His emergency personnel are seeing more grim results and more deaths, “and it is really weighing heavily on them.” And providers have been instructed by the county not to transport to the hospital those whose hearts have stopped, if resuscitation failed in the field. While this is not radically different from the county’s previous protocol, allowing for death pronouncements on scene, Gausche-Hill says some medics have transported patients without a pulse in a last-ditch effort to save them despite the dismal prognosis. In already-packed EDs, that’s no longer possible.

“It’s hard to deal with seeing desperately ill patients every shift,” says Chris Kahn, director of EMS for the city of San Diego. “Our personnel are awesome, but they’re human, and the human psyche doesn’t always deal well with overwhelming, ongoing disasters like this.” Indeed, depression has been a constant threat to emergency personnel, and suicidality among the ranks already have been recorded.

“I have become a recluse,” said Salerno. “I avoid family and friends, and because of my job, I think they avoid me as well.” The transport nurse wears a mask around her husband, who is older than she, and has not visited her sons. She has seen her one-year-old grandson twice.

On top of it all, EMS agencies in Southern California have had a good number of medics out sick. Kazan says that on January 13, L.A. County Fire had 969 total confirmed positive COVID cases among 4,000 EMS workers and staff—about 25 percent of the workforce. In order to keep up with staffing issues, he says, the department had to implement “forced rehire,” in which some medics are asked to stay and work another shift the next day, or multiple shifts in a row, “without having time to come home, see their families and decompress.”

Mindful of the toll this is taking, officials have focused heavily on making mental health resources available to these emergency workers and better attending to their needs. Supervisor units at Care Ambulance, for example, check in on crews making sure providers are doing okay, that they are “well hydrated (and) have the nutrition they need, and we resupply them with oxygen,” says Lucia. Koenig says, the notion of clear communication is critical—“making sure everybody understands they are part of a team, understands what the mission is, what the goals are and what we are doing. We support them and we appreciate them. And, we’re also trying to focus on the positive things — with the vaccines, there’s a light at the end of the tunnel.”

Paramedics and EMTs are part of that process, too, administering COVID testing and vaccinations in skilled nursing facilities. They will shortly begin to assist in vaccinating law enforcement and the general community.

But some things aren’t going to be changing soon. Los Angeles County’s hospitals are simply overwhelmed, and sicker patients are sometimes kept waiting in ambulances for hours before they can be brought into a facility. “It’s freezing cold in the middle of the night and you have an elderly patient who’s hypoxic [with low oxygen levels] in the ambulance for hours,” says Koenig. L.A. medics, Kazan says, are experiencing unfathomable delays — anywhere from several hours to up to 24 hours in two cases.

Put simply, a system that lacks surge capacity has been overrun by cases, and is dealing with patients who are often too sick to move. Intensive care units are beyond capacity at many facilities, emergency departments are stacked full, often treating the sick in hallways, and ambulance crews are left with their patients, waiting.

One attempt to deal with the shortage in Los Angelesis “ambulance consolidation,” in which the Fire Department, ambulance companies and the Los Angeles County EMS Agency all pool their resources. Rather than have five ambulances queued up to deliver five patients, for example, the model permits one ambulance and two personnel to stay and watch the five patients, while four other ambulances are put back into service to respond to 911 calls.

Keeping  emergency workers safe from COVID’s ravages has been a large-scale task. L.A. County Fire received COVID-19 vaccines for distribution on December 23, and within 24 hours it had vaccinated 1,300 of its own personnel. Positive COVID tests among EMS providers were on a steep ascent in December, peaking at almost 180 cases per week on December. 27, but by January 3, just 10 days after the beginning of vaccinations, total positive cases per week sharply reversed course, plummeting to fewer than 60. In a sea of trouble, this is important and exciting news.

Incident management teams have been activated in L.A. County, with five vaccination megasites opening this week. Under an emergency state order, paramedics and EMTs will be vaccinating people, from law enforcement to the general public. But the larger truth still holds: This pandemic is nowhere near under control, and our critical emergency personnel often struggle to hold the line.

I am constantly humbled by and grateful for the extraordinary service EMS personnel provide our community. As Kahn says, “These are the people we call when we are literally scared for our lives or the lives of our loved ones, and they rush to the rescue every time, every day, everywhere.” So, what can we do to lighten their load?

It sounds simple—but if the past year has taught us anything, it’s that nothing is simple in the time of COVID-19. Still, these small steps, implemented consistently, can lead us to a point at which our emergency workers can catch their own breath before they are asked to jump back in the rig and save ours. 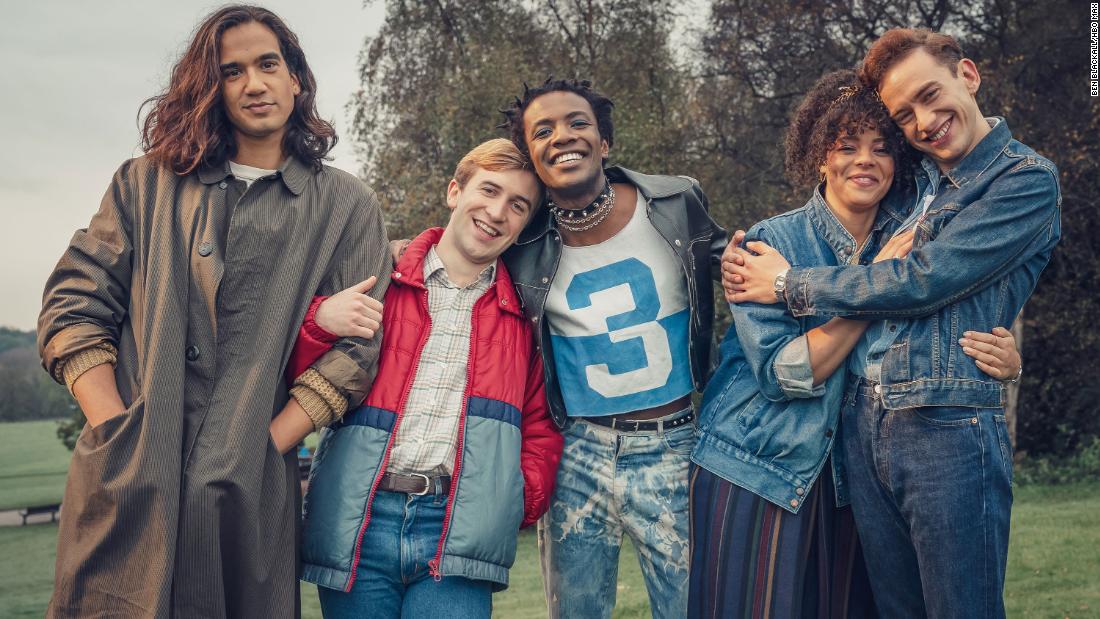 Analysis: In ‘It’s a Sin,’ the music is its own language
6 seconds ago

Analysis: In ‘It’s a Sin,’ the music is its own language 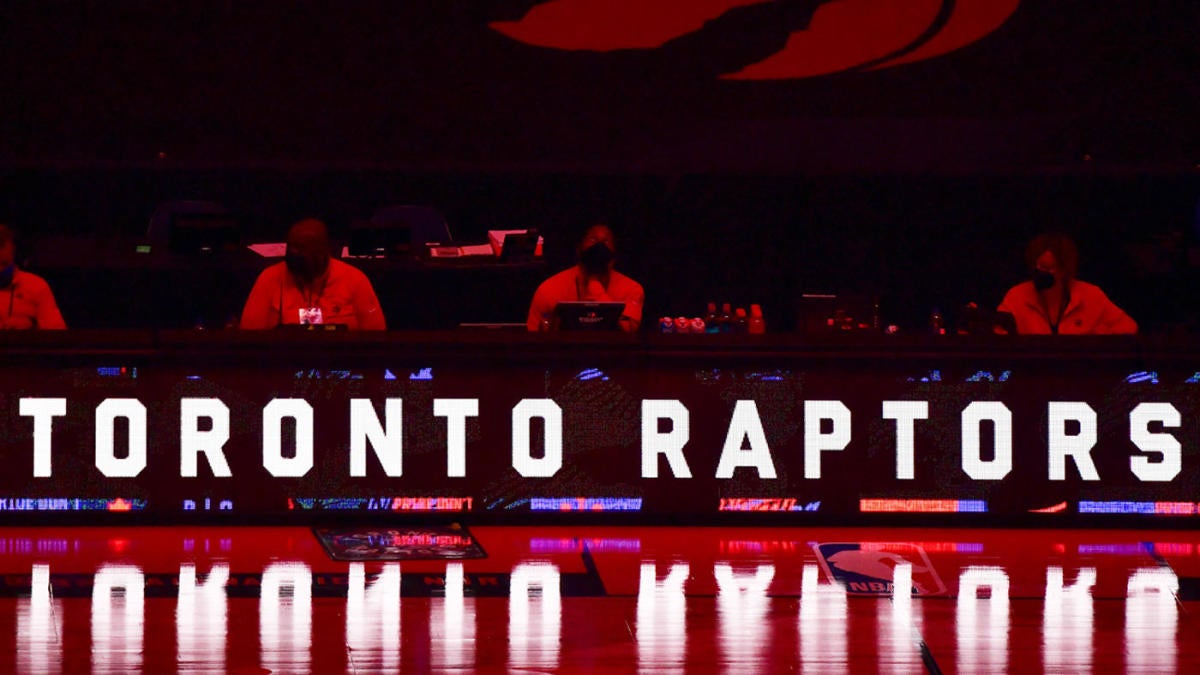 What Dakota Johnson and Chris Martin’s Relationship is Like, 3 Years Into Dating: A Shared Malibu Home and Dinners With Gwyneth Paltrow
19 mins ago 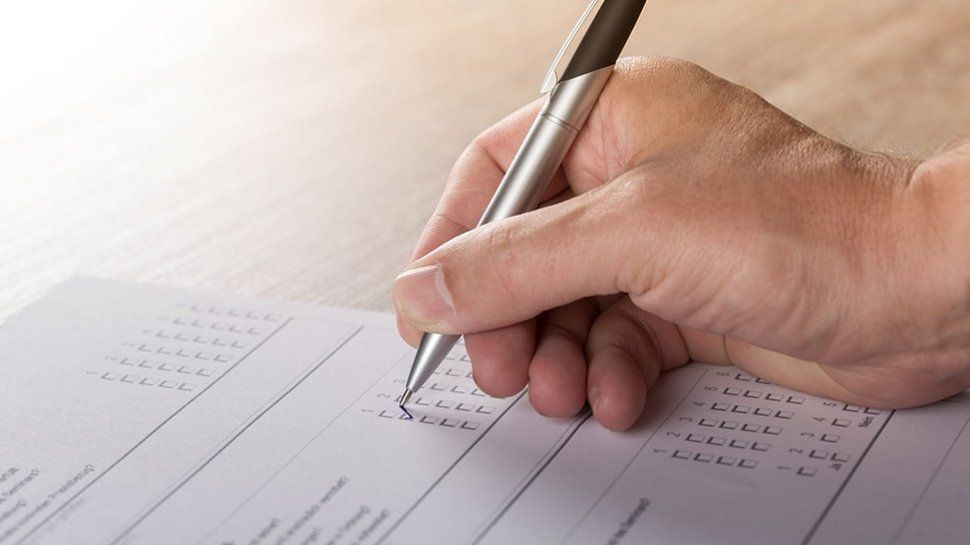