So many choices when it comes to television. It starts with the size and resolution, but there are competing backlight technologies to consider as well. So before you plunk down serious cash, make sure you’re getting the lighting style you want by understanding the differences in QLED vs. OLED vs. Mini LED.

LED is an acronym for light-emitting diode. You likely interact with LED tech in some form multiple times per day, including the screen in your phone, light bulbs, and many other sources of illumination. LEDs are the small elements of a television screen that light up in order to produce an entire image on the screen.

Basically, when an electrical signal runs through these cells, they emit light, and the television controls the electrical impulses in order to produce the image it wants to show. QLED, OLED, and Mini LED are all variations of this basic technology, which was used in electronic devices as early as the 1960s and became popular in TV technology thanks to refinement and eventual adoption by Samsung in 2007.

LED replaced CCFL (cold-cathode fluorescent lighting), which typically illuminated the screen from the edges. Some LED TVs use this edge-lit formation, others have moved on to more sophisticated setups. LED arrays with many points of light behind the screen now offer manufacturers more meticulous control over how each segment of the screen is lit. In some cases, like with OLED, the black areas of the screen can go completely dark to give the picture more contrast and dynamic range.

What is QLED TV?

QLED is a Samsung technology that builds on the typical LCD (liquid crystal display) television with LED backlighting. This is the same tech, many iterations over, which Samsung introduced in 2015. The Q in QLED stands for “Quantum Dot.” They are embedded directly into the stack of materials that make up the LCD display. When light hits them from the LED backlight, these dots emit their own light to enhance the image on-screen. The goal is to lessen one of the main weaknesses of LED technology, which is the “blooming” effect of brighter parts of an image slightly lighting the areas around the image, and color bleeding.

While QLED offers some improvement over traditional LED, it doesn’t always mitigate this blooming, and the contrasts between light and dark are not as stark as with some other technologies.

When it comes to color, QLED is excellent. There is a tremendous amount of color variety available in QLED screens, with good color contrasts. QLED also tends to be cheaper at larger sizes than other backlighting techs, meaning that QLED is the best budget-conscious choice when it comes to a new higher-end TV. QLED also tends to result in screens that can reach a higher level of overall brightness, which may be desirable depending on your screen needs.

If you want to experience this type of screen, a strong budget 4K UHD option is Samsung’s 43-inch TU-8000 series from 2020. This Samsung QLED TV is a very cost-conscious choice that delivers 4K and is great for a dorm room, a child’s room, or as a second/third display. At only $379.99 MSRP, it’s about as cheap as you want to go. But if you’re looking to build a home theater set-up, or care about getting the best picture quality and options, this is not the television for you. QLED TVs can climb into the higher-end, but they face stiff competition from OLED and now Mini LED.

What is OLED TV?

LCD TVs rely on a backlight to shine through a stack of display materials to create an image. This puts them in a category called transmissive screens. OLEDs, however, are different. OLED screens consist of many tiny diodes that emit their own light, which lands them in a category called emissive displays. When an OLED display wants an area of the screen to show black, it simply turns off the pixels in that area, which creates much darker tones without concern for light bleeding through from brighter surrounding areas.

When it comes to color, OLED can have some lifespan issues. While red and green OLED pixels have a pretty long lifespan (over 45,000 hours), blue OLED pixels tend to have one-third of that lifespan. This means that long-term, an OLED display may have issues with color accuracy as the blues start to die off. Displays inside businesses experience this even more often than sets in homes. Of course, for the average home user, the 15,000-hour lifespan of a blue OLED pixel may never become an issue.

QLED vs. OLED: Other drawbacks

OLEDs are more expensive than QLEDs and are much more difficult to scale at size. The larger an OLED screen gets, the more you end up paying for the tech. OLED qualifies as a more “premium” technology and is featured in high-end products, such as the iPhone 12 Pro and iPhone 12 Pro Max.

Another drawback is power use. OLEDs display dark areas very easily, white or very light images can require up to three times the power that a traditional LED would consume. This often leads to OLED displays being overall more power-hungry.

If that price tag turns you off, consider VIZIO’s OLED H1 televisions, available in 55-inch and 65-inch models, which are about half the price but don’t offer quite the level of picture. It’s an acceptable compromise for a picture quality that can still be considered stunning.

What is Mini LED TV?

Mini LED is similar to QLED, but the backlights get even smaller. These LEDs are so small they can be almost as small as a single pixel. QLEDs are significantly larger than one pixel, while OLEDs are the size of a single pixel.

Mini LED represents the halfway point between QLED and OLED, taking the older tech and trying to approximate what the newer tech can do. Mini LED offers noticeably better than QLED or typical LCD and it may be hard to discern a difference between the contrast on Mini LED and OLED, as the Mini LED diodes can get almost to the pixel level. The deep blacks that OLED promises are essentially available with Mini LED.

You won’t be able to get the same pixel-level control over black levels as you would with OLED, but some Mini LED TVs promise up to 3,000 backlight zones. It’s likely this difference is barely noticeable to the average consumer. Mini-LED scales to cost at a more expensive clip than QLED, and is essentially the “premium” version of that same base technology, at least for now until it becomes more widespread.

Being the newest technology of the three, you’d think Mini LED would have the highest price tag, but there’s actually an option that is a “best of both worlds” solution between price and quality. TCL’s 6-series Mini-LED televisions (available in 55-inch, 65-inch, 75-inch, and, at some point, 85-inch variants) offer image quality that far surpasses the expectations for their price. The 55-inch 4K R635 slides in at just under $1,000 MSRP but has all the features even high-end users would look for. While it’s not the best television on the market overall, it may be the best television on the market dollar-for-dollar.

Expect to see some large variations in Mini LED prices here at the beginning of its run in the TV world as companies try to nail down the sweet spot between price and performance when it comes to determining the number and type of backlight zones.

What does this mean for streaming, movies, and gaming?

Backlight tech is just one of several things to consider when buying a TV. On the whole, OLED and Mini LED TVs will produce attractive pictures, but there are some variables within the segments.

Contrast is important for deep black and low levels of light bleed, giving images a much more sharp and film-like image. When it comes to movies, where light is very important to set moods, contrast is extremely important. For gaming, certain genres (like horror games and games inspired by the “Dark Souls” series) really improve with great contrast, as you can get light and show without the “foggy” greys that you’d need to settle for on worse displays.

Brightness will matter depending on how much light pollution you have in your room. Mini LED can produce a brighter picture than OLED, which comes into play if you get a lot of ambient light on your screen during the day. OLEDs really shine when you can control the environmental illumination. Anyone who buys a high-end screen wants rich colors in everything they watch, but to truly get rich colors you need media with rich colors. OLED excels in this arena, but Mini LED has made the contest surprisingly close already.

QLED vs. OLED: What kind of TV technology should I buy?

For now, OLED and Mini LED are premium technologies that will deliver the kind of images you want with a high-end system. OLED promises slightly better contrast, with the drawback of a possibly shorter lifespan. Mini LED sits just below in terms of performance, but the technology itself is a little more reliable. In effect, they are both good choices. If you’re looking to get value, I’d recommend the TCL 6-series. If money is no object, go with the A90J Sony OLED.

But before you simply take those recommendations, it’s really going to come down to see for yourself. Even if you plan to buy online, you should visit some stores and look at OLED and Mini LED displays to determine which one looks better to your eye. Don’t be afraid to ask at the store to fire up some different demos on the screen, so you can get a sense of what different media looks like. While I stand by the suggestions above, a price drop or sale could make the difference, as could an aesthetic that you enjoy more in your room when the television is turned off. Don’t be afraid to sleep on a decision like this, especially if you’re going to shell out a grand or more for the higher-end models.

Keep in mind that TV prices tend to fluctuate a bit more widely than a lot of other electronics, with the best deals coming around Black Friday in late November. Another great time to pick up a television is late January and early February, when the upcoming Super Bowl, combined with stores starting to try to open up shelf space for new models that get released in June.

The future is soon

A new iteration of Mini LED, called Micro LED, is available on some ultra-high-end models. Micro LED miniaturizes LED technology even further. Micro LED is considered by many to be even better than OLED, but it comes with a price tag that reflects that assessment, with televisions whose MSRPs start to match those of low-end cars.

No matter what technology you choose, know that, eventually, even the most advanced television will not hold that title for long. Today’s high-end is tomorrow’s standard model, and further in the future is a budget model. If you always want the biggest and the best, expect to replace your television within three to five years. That may be a consideration when it comes to how “futureproof” you want your purchase to be. 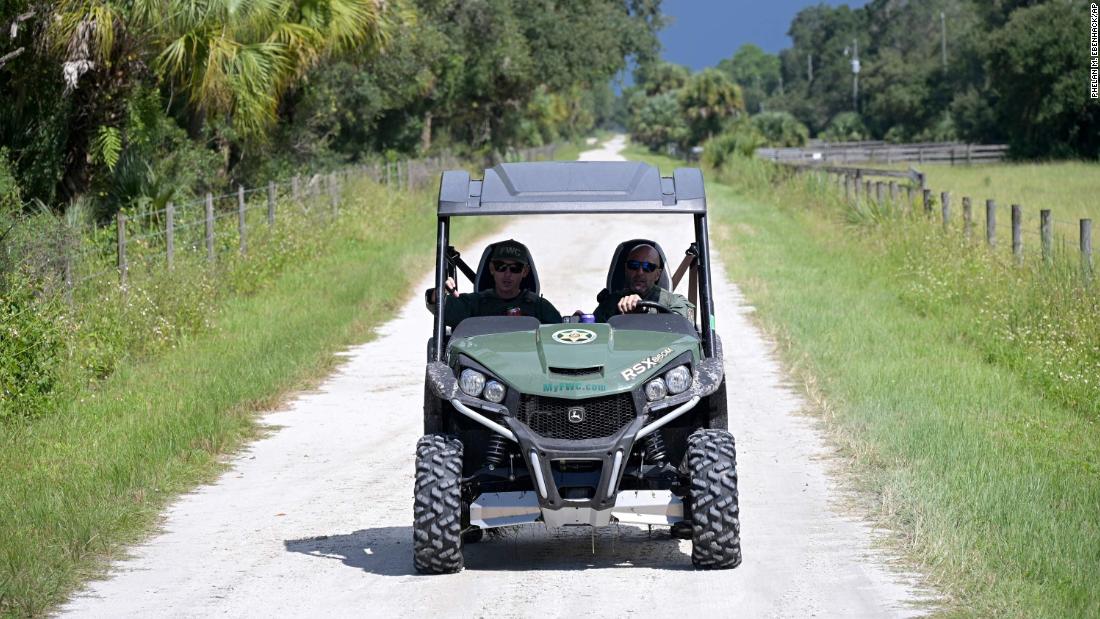