Being a parent is stressful in normal circumstances, but the rise in remote learning has added new wrinkles to what we deal with (and to our faces as we deal with things). As a father of two children under 4, I already had anxiety about my kids’ mental well-being, social skills, and healthy habits before having them attend class virtually added a previously unforeseen circumstance: noise-induced hearing loss. And while hearing loss may sound benign compared to other ailments, the consequences can be severe, including difficulties like learning problems, delayed speech, communication struggles, and social isolation. Because online learning looks to be part of our lives for the foreseeable future, and headphones seem an unavoidable tool to let families “go to work” while kids attend classes in the same home, hearing loss has been on my mind while the ONANOFF BuddyPhones School+ Wireless headphones have been on my child’s head. Designed specifically to protect hearing by capping decibels, these headphones for kids have offered safety without leaving fun, handy features behind. Here are my thoughts on helping kids up their focus without upping the volume.

If you’re looking for ways to improve your child’s at-home learning, these headphones are perfect for the hear and now. Andrew Waite

What are the BuddyPhones School+ Wireless headphones?

The BuddyPhones School+ Wireless headphones are some of the latest kids’ headphones developed by ONANOFF, a company founded in Iceland that has been making purposeful kid-friendly products since 2010. Organizations such as the Journal of Pediatrics, World Health Organization, and American Osteopathic Association, among many others, have reported a rise in hearing loss in children and teens as a result of prolonged headphone/earphone use. BuddyPhones are designed specifically to keep kids entertained and parents at ease by offering volume-limited listening.

The BuddyPhones School+ Wireless headphones are built from durable, BPA- and phthalate-free plastics. ONANOFF says its school headphones are kid-proof and the company backs registered pairs with a two-year warranty. My daughter certainly wasn’t overly gentle with them, casting them aside onto the coffee table and floor, and I can report they survived. Inside that plastic are 40mm drivers—the same size as many adult pairs—with a frequency range of 20 Hz to 20 kHz and distortion of 3dB at 1mW 1kHz.

While the headband and earcups are white, the detachable, bendable boom microphone, headband interior, and the replaceable ear cushions (foam covered with hypo-allergenic and sweat-resistant fabric) come in four colors: blue, pink, yellow, or green. If you’ve watched a coach standing on the sidelines of an NFL game, you know the look. Except most coaches don’t have colorful decorative stickers personalizing the exterior of their headsets (their loss). Also, the instructions coaches are sharing are probably not the snack ideas that my daughter broadcast loud and clear thanks to the beamforming mic that focused on her voice when she called my wife’s phone. I hope at least those football headsets are as comfortable as the BuddyPhones. Truth be told, my daughter continually wanted to pull the headphones off. But this is a kid who intentionally drops her mittens when playing in the snow. Personally, I found the padding of these on-ear headphones—yes, they fit me thanks to 1.5-inch extenders built into the sides of the headpiece—to be sufficiently dense and perfectly comfortable. I actually wore them for the length of a weightlifting workout (no sweaty cardio exercises). All of that weighs in at just 147g.

On the rear of the left earcup is a switch to turn “StudyMode” on or off and on the rear of the right (the ear where the mic attaches) are three control buttons. It’s worth noting that there’s a built-in mic, so the boom is optional but optimal to help focus on your child’s voice during online lessons (or during treat requests).

Also included is a detachable 4-foot auxiliary cable featuring “BuddyLink”—an inline 3.5mm output that lets a second pair of headphones connect and share one device—which comes in handy when using devices without Bluetooth or when the battery, rated at an ample 20 hours, runs out. In addition, you get a 9.5-inch USB-C for charging said battery, as well as a cinchable, soft travel bag for compact storage when the BuddyPhones are folded.

Setting up the BuddyPhones

The BuddyPhones are no different than other wireless headphones when it comes to connecting: hold down the center button on the right earcup until you find the headphones listed in your smartphone’s Bluetooth panel, then select them. The range is rated at 20 meters (65 feet) and I only started to hear the feed interruption when I walked out the front door with my phone in the back of the family room. Once connected, that same center button controls play/pause as well as answering phone calls, and the plus/minus buttons above and below it handle volume or changing tracks if held longer. The center button also turns the headphones on/off when held five seconds or longer. But that’s not the setup your kids will care most about. Stickers help put the “fun” in functions. The headphones come with dedicated space on the earcups and four designs—my daughter went with pink stickers featuring rulers and staples, a nice fit for a pair of classroom headphones.

An ambulance rushing by blares its siren at a dangerous 120dB. By contrast, a whisper conversation caps at about 30dB. Most of our day happens in between, but we can’t always control where in that range environmental sounds hit. With the BuddyPhones, however, at least you can select between three sensitivity modes, 75/85/94 decibels, so long days of school instruction, and any loud unexpected interruptions, don’t take a toll.

The SafeAudio feature lets you select the BuddyPhones’ maximum output by pressing and holding the “plus” and “minus” buttons together for two seconds. Three LED lights on the right earpiece signify your selected level.

“ToddlerMode” is the one that tops out at 75dB—a level that’s easily safe for the entire school day, assuming lunch and recess breaks are included. Surprisingly, even in this mode the BuddyPhones deliver an acceptable sound that doesn’t require straining to hear––so long as you’re in a fairly quiet space. I tested them by listening to “The Daily” podcast and a New York State Writers Institute webinar, figuring journalists and authors discussing their work was probably even quieter than teachers addressing a class. My daughter also reported no trouble hearing a silly YouTube video.

The 85dB “KidsMode,” meanwhile, adds some energy, while still remaining at a level safe for an hour or two of listening. And the top, 94dB “TravelMode” makes your child’s favorite music listening as rich and detailed as they could want in a starter pair of on-ear wireless headphones. For curiosity’s sake, I put the BuddyPhones in TravelMode, pumped up the volume, and blasted some pop tunes. The beats in Katy Perry’s “Birthday” were punchy, the horns hit the right notes at the higher end, and Katy’s vocals were clear throughout. All-in-all, the sound wasn’t as immersive as a pair of adult ANC wireless headphones, but it’s an unfair comparison. A pair of adult noise-canceling headphones like the Skullcandy Hesh ANC can pump out more than 99dB, while models like the Sony WH-1000XM4 can reach 105dB.

The BuddyPhones also has a function called “StudyMode,” which is designed to isolate voices during playback to make them sound clearer than other noises. Truthfully, I couldn’t detect a huge difference between regular and StudyMode, but I’m supportive of anything meant to help kids focus—no matter how minute. And a sliding button on the right earcup of the headphones makes switching in and out of the mode very easy.

Music to our ears

Beyond using these headphones to listen to or watch school lessons and/or Mom-and-Dad-approved content, the BuddyPhones comes with a two-month subscription to Mussila. Designed by professional music teachers, the app is a great introduction to reading and playing music. Similar to the popular ABCMouse learning app, Mussila has a learning path that guides you through its curriculum with a mix of lessons and games. But it’s way more fun than that makes it sound. The games have kids doing everything from playing notes on a small piano on the screen to identifying which instrument makes what sound. I haven’t read sheet music since my days playing second fiddle (I played viola poorly through high school), and I found the games asking me to identify which notes correspond to the music being played an engaging refresher. Though my daughter was technically too young for the app—while the headphones are 3+, the Mussila app is for kids in elementary school—she was able to play the musical instrument memory game and tap the screen when the musical notes scrolled by at slow tempos. In addition to the music lessons, the app also lets you play music by tapping the notes on the scrolling sheet music (similar to “Guitar Hero,” though this app uses real music staff). We played “Mary Had a Little Lamb” and an Icelandic folk song. You can also create your own music by dragging letter notes and quarter, half, and whole notes into a colorful grid.

So, who should buy the BuddyPhones School+ Wireless headphones?

If you’re looking for a pair of homeschool/study/smartdevice headphones for your child, or are hoping to get them interested in music lessons, the BuddyPhones School+ Wireless headphones are absolutely a sound choice. Of course, there are many other options when shopping for the best headphones for kids spending their days in the virtual classroom. For budding audiophiles, you could consider something like the Puro Sound Labs JuniorJams, which cap output at 85dB while delivering a balanced sound. Meanwhile, for a cheap pair of SPL limited kids’ headphones, the Mee Audio KidJamz 3 wired headphones sell for less than $20, while the JLab JBuddies Pro Wireless offers cordless listening for less than $30.

Still, for a set of kids’ headphones with mic truly geared toward hearing safety, the BuddyPhones are some of the best headphones tailored for kids’ educational and entertainment needs. Creating child-safety-conscious technology isn’t just a marketing ploy for ONANOFF—it’s built into the Icelandic company’s mission statement. Buying from a socially responsible company, which has won awards for its safe sound and has donated learning tools to underprivileged kids, provides great peace of mind. Getting the BuddyPhones School+ Wireless headphones for a child staring at screens for learning and leisure allows parents to check off at least one thing from their overwhelming list of anxieties. 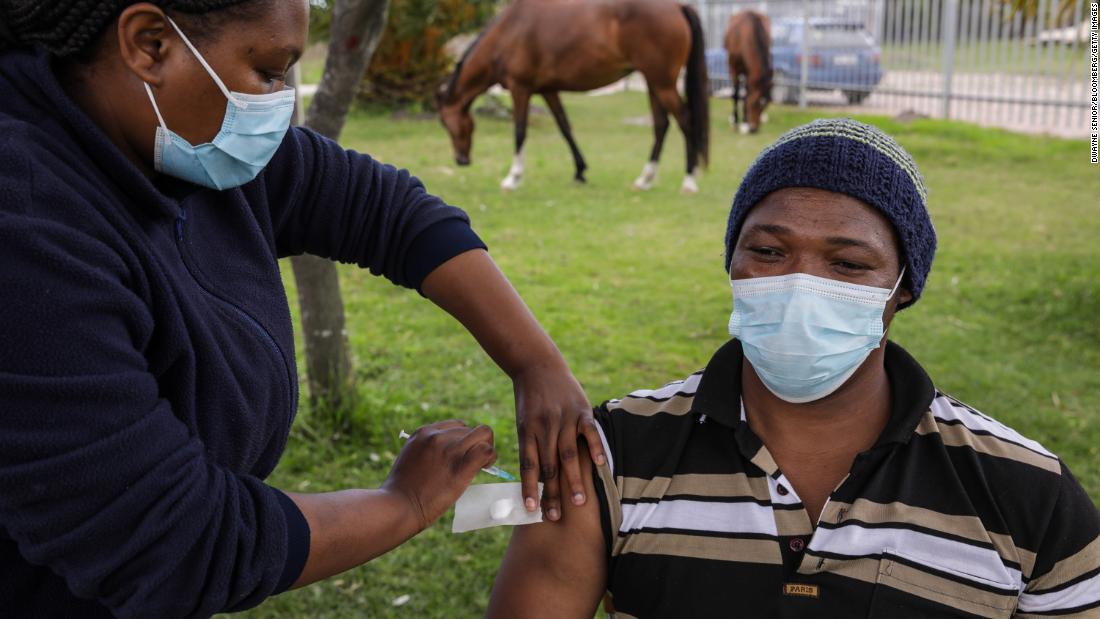 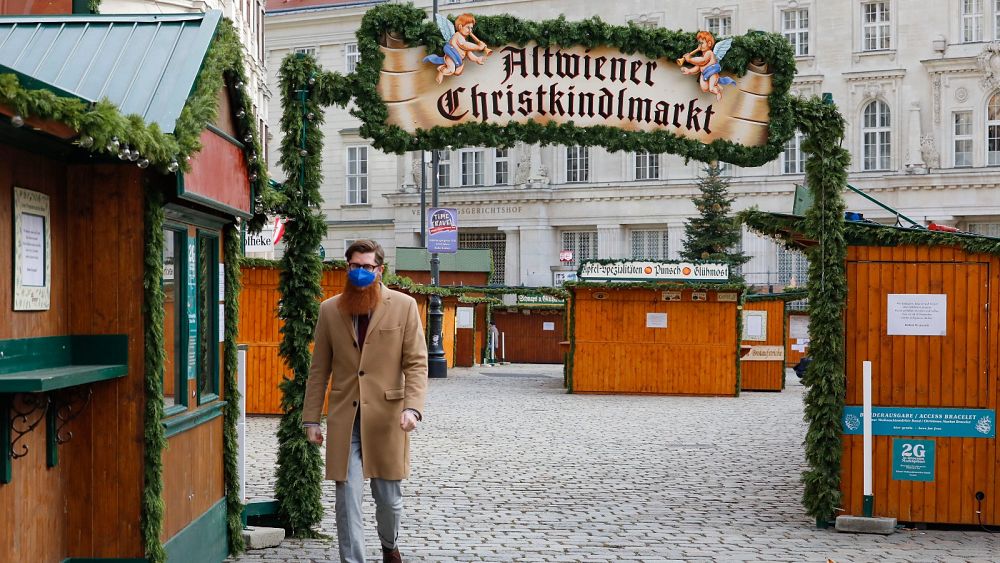