Play better—and win more—with one of these sweet keyboards. (Christian Wiediger via Unsplash /)

Gaming keyboards are the literal way that a gamer connects with a PC; they’re the physical interface between player and action. That makes them extremely important for gaming quality. The best gaming keyboard can improve your game by ensuring that each key you press is correctly identified and passed through to the PC, that there’s as little lag as possible, and that you can comfortably game for as long as you want.

Most gaming keyboards have a few things in common. In general, they’re mechanical keyboards, meaning that underneath each key is a switch. This is actually an older style of keyboard; you won’t find them in, say, laptops, or even in most non-gaming keyboards because they’re a little bit more expensive and take up more space. But for gamers, this is the only way to ensure maximum performance.

Mechanical keyboards allow you to customize the exact feel, sound, and size of your keyboard. There’s also a very specific point at which the switch is depressed, which you can feel and hear, making them extremely precise. Mechanical keyboards aren’t for everyone; they can be very loud and feel a little odd if you’re coming from a non-mechanical one. But for gaming, they’ve become essential computer accessories.

Another aspect of a gaming keyboard is the aesthetics. Over the past couple of decades, a certain kind of cyberpunk, neon design has become associated with gaming, and most gaming keyboards stick to that. You’ll find bright flashing multicolored LED lights, angular designs, and aggressive naming schemes. That said, you can avoid the gamer aesthetic if you want to, as there are plenty of perfectly acceptable gaming keyboards that are more subtle.

Luckily, gaming keyboards come in at a range of prices, ensuring there’s something for everyone. If you want to spend several hundred dollars on a top-of-the-line aluminum model with individual lighting and a built-in magnetic wrist rest? Sure, you can do that. If you want something that’ll feel pretty good, work pretty well, and cost less than $50, those are out there, too.

What to consider when shopping for the best gaming keyboard

Gaming keyboards can seem like they have an infinite number of choices, all of which are really hard to parse. Wireless is good, right? Or is it? What are all these switch names? Heck, how many keys does it need to have? We’ve got the answers on the best gaming keyboard for you.

In general, gamers prefer wired keyboards to wireless. This is the opposite for pretty much everyone else; non-gamers appreciate the freedom of movement and decrease in clutter that a wireless keyboard brings. But for gamers, none of that is particularly important. What is important is latency—the time between when you press a key and when that press is registered on-screen. This is measured in milliseconds, but that can be the difference between life and death, at least in the virtual world. That said, wireless keyboards have come a long way, and for casual gamers, you can certainly get by without a hard-wired connection.

The Logitech G613 has a long battery life, mechanical switches, comes in at an affordable price—and it’s subtly designed. (Amazon/)

If you’re not a full-time gamer and don’t necessarily want a garish blinking keyboard, the Logitech G613 wireless gaming keyboard might be right for you. It has some gamer features, like mechanical key switches, an integrated palm rest, and six customizable keys. But it’s also a soothing grey, includes quick media controls, and it’s wireless. Frankly, it doesn’t look like a gaming keyboard, but Logitech has worked hard to ensure low latency. Hardcore FPS gamers might scoff at wireless, but for more casual gamers, this could be perfect.

There’s always going to be an element of personal choice with something like a keyboard, which you’ll use for so many hours. But it’s hard to argue that this Corsair gaming keyboard isn’t one of the best on the market. It’s got a choice of either the Cherry MX Brown or MX Speed switches, which are beloved and easy to replace. It also boasts a sturdy aluminum frame, a step up from typical plastic. It has six programmable keys and a full gamer aesthetic, with cyberpunk fonts. This wired keyboard is big, bad, and bold. It’s also a little pricey, but look, you get what you pay for.

Does design matter to you?

Gaming keyboards come in a wide variety of designs, both in their aesthetics and in their actual layout. For aesthetics, you’ll most often see a particular kind of style featuring neon LED lighting, retro-futuristic fonts, black or steel-colored frames, and sharply angled layouts. This style tends to match all the other computer accessories a gamer uses, like headphones and mice, and even matches a gaming PC itself.

With a minimalist aluminum frame, the LEDs really pop. (Amazon/)

It might sound strange to say about a keyboard that offers a truly insane 16.8 million colors of LED lighting per key, but the SteelSeries Apex Pro is pleasantly subdued. It’s got classic fonts on the keys, an aluminum alloy frame, and three-way cable routing to ensure that you can keep your cords under control. It also has a cool little OLED display at the top of the keyboard, which can be used to adjust media controls.

Upgrade your atmosphere with a gaming keyboard with lights

LED lights underneath the keys are a fundamental part of a gaming keyboard, but you might wonder why. Generally, they serve the same purpose as under-keyboard lighting in any other keyboard, allowing you to see the keys.

One difference is that for gaming, the keys often serve a different purpose than you might think; they’re mapped to specific actions within the game. So it’s important to see the keys, especially in dim lighting, because a gamer has to know what they’re pressing, and touch-typing is more difficult when a button press changes behavior depending on what game you’re playing. That said, all the fanciness—individually customizable LEDs for each key, say—are just that.

This is just a great keyboard, featuring a light-based actuation that the company says is faster than regular switches.

If you want the absolute best in LED lighting, opt for a keyboard with Razer’s Chroma technology. Chroma is an insanely customizable system, where you can use one of the many built-in patterns or build one of your own. You can have an audio visualizer right on your keyboard, where lights react to sound. You can connect them to smart home systems like Hue and Amazon Alexa. The level of personalization in this Razer gaming keyboard is unmatched.

How important is a wrist rest?

Mechanical keyboards are significantly taller than other types of keyboards, so you’ll definitely want a wrist rest to reduce stress on your wrists during long gaming sessions. Some gaming keyboards come with wrist rests included, which is great, because you know they’re already just the right height for your specific product.

The mid-priced Razer BlackWidow Elite offers Razer’s fun Chroma lighting system, plus a variety of switches to suit your preference. If you like a clicky-er switch, a silent switch, one that’s easy to press or one with a lot of resistance, there’s an option for you. But it also comes with an ergonomic wrist rest made of plush leatherette. This wrist rest attaches via magnets, which keeps it in place when you want it. This is a great option when it comes to an ergonomic gaming keyboard.

Do you want to be able to customize your controls?

Customizable or programmable keys—called macro keys—are super useful whether you’re gaming or not. Essentially, there’s a blank key on the keyboard (or ideally several). You use software to map complex key combinations onto that single key, so instead of pressing a whole bunch of keys, you can just press the one.

This is really useful for gamers, who may have to perform a big series of key presses to take actions in games. Instead of having to enter menus and fiddle around with different keys every time to execute an attack, you can just press a single key.

This affordable option is also a tenkeyless design, which refers to the smaller number of keys—and also the smaller overall size. (Amazon/)

The Redragon K588 has a custom-made switch system that Redragon says is much like the popular (and more expensive) Cherry MX Blue switches, it has RGB lighting, and it includes a magnetic, removable wrist rest. It also has a whopping nine programmable keys, which is a lot for a smaller-than-full-size keyboard like this. It also has media keys and a volume scroll wheel, which is great for quickly changing the volume.

Best budget gaming keyboard: What you can get for under $50

While the top-of-the-line gaming keyboards will run you somewhere north of $150—and that’s not even getting into the crazy artisanal ones you can find—there’s great performance under $50, too. You’ll likely be getting a plastic rather than aluminum frame, and you probably won’t have quite as many lighting options. For gamers, the most important might be that you probably won’t be getting the more expensive Cherry lines of mechanical switches; it’s more likely that you’ll get some kind of non-brand-name equivalent. But many of these can work perfectly well—this is the best budget gaming keyboard we’ve found.

This cheap gaming keyboard has keycaps that lean forward and backward for easy reach, plus fold-out legs to let you adjust the height and reduce wrist strain. There are 27 different lighting modes, in addition to an option that lets you customize your own.

What is the fastest gaming keyboard?

Corsair gaming keyboards are known for how fast they are, thanks to their Cherry MX mechanical key switches and a multitude of macro keys to create easy shortcuts.

What keyboards do pro gamers use?

The smaller and more ergonomic a keyboard is, the more pro-worthy it becomes. Many of the Logitech gaming keyboards feature low-profile designs with keys that actuate quickly and can be manipulated to create custom controls.

What makes a gaming keyboard ergonomic?

Look for a wrist rest to reduce strain, and compact size so your fingers can easily reach every key. Again, macro keys are essential to creating shortcuts and keeping you from having to reach for a combination of several different keystrokes at once.

The bottom line on the best gaming keyboards

Gaming keyboards may look intimidating, and that’s sort of the point, at least in part. But there’s a method to the madness: mechanical switches reduce latency, LED lighting helps you see your programmable keys in the dark, and detachable wrist rests help reduce physical strain during long gaming sessions. Hopefully, our guide helps you pick out the best gaming keyboard for you, or the gamer you know.

Why Does Meghan Markle Call the Royal Family ‘The Firm’?

Here’s what’s we know about the Senate stimulus plan 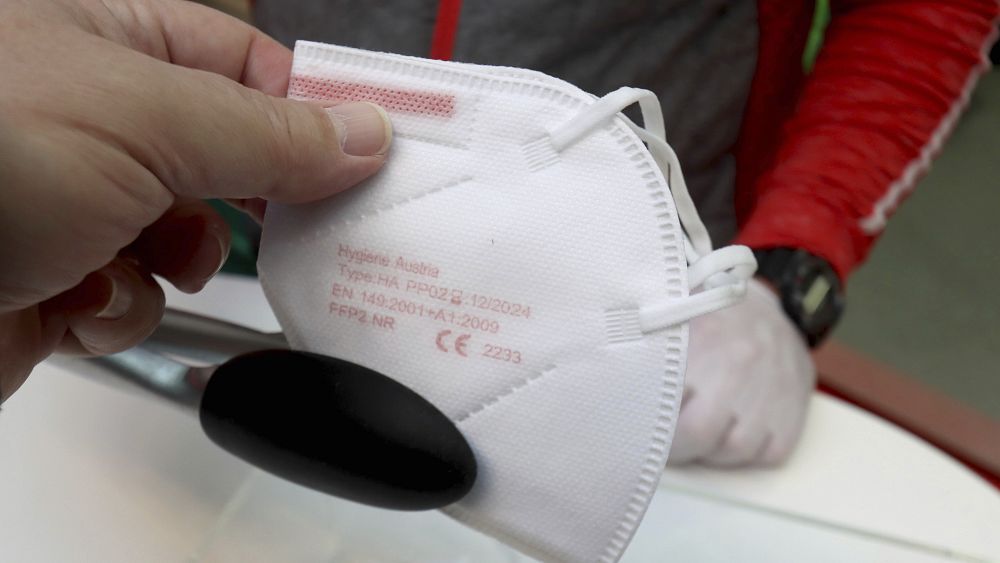 Probe launched into Chinese facemasks labelled ‘Made in Austria’ 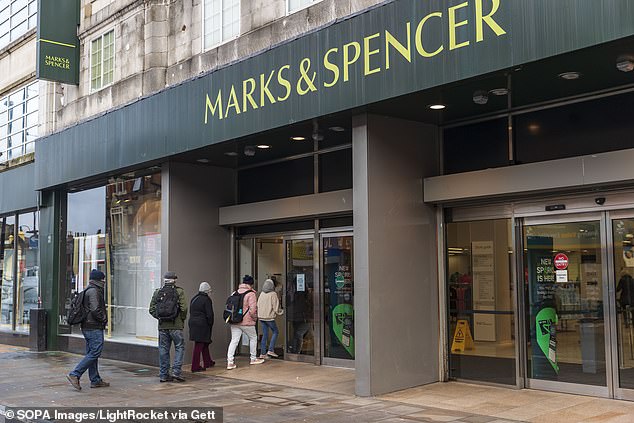 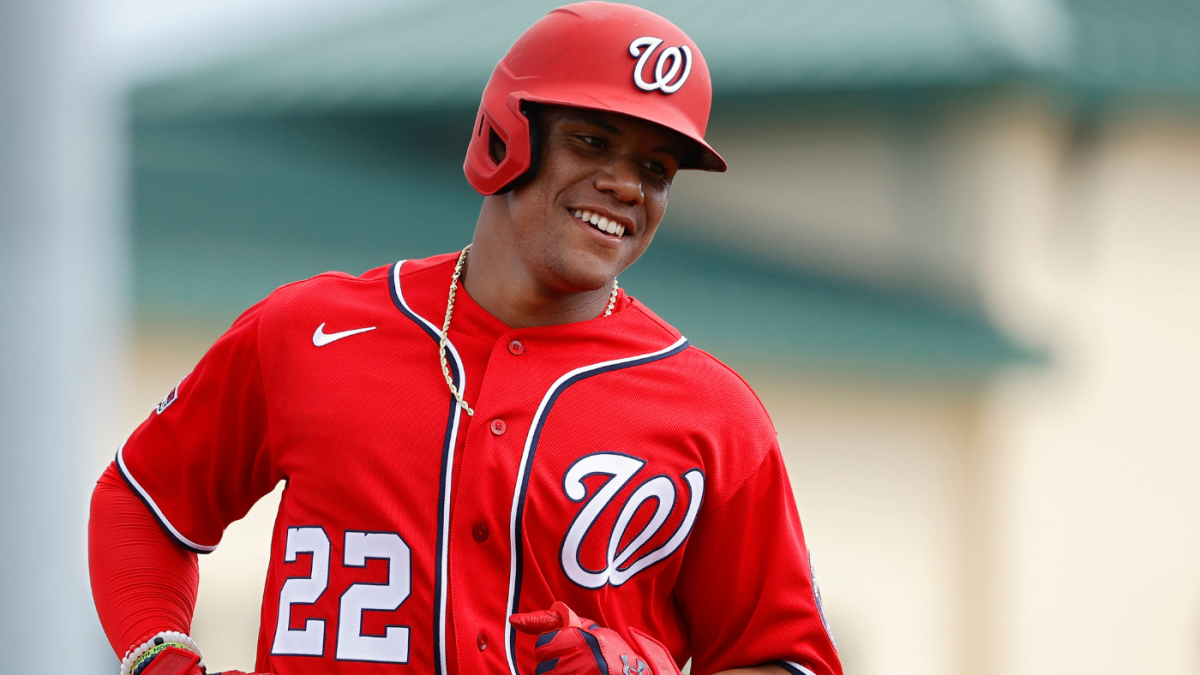 MLB roundtable: Who will be the next young star to sign long-term contract extension?
12 mins ago