Despite nationwide efforts to foreground measures to prevent bullying—including annual campaigns like National Bullying Prevention month—bullying remains a serious public health issue. Tech developers have responded to this crisis with, predictably, more technology. From apps that assist parents in educating their children about bullying, to technology that purports to record and track incidents in the moment, there is no dearth of downloadable solutions for anyone seeking a response to this problem.

I had already graduated high school in New York City by the time the first bullying prevention law was enacted in 1999. In the near quarter-century since the state of Georgia took the lead in criminalizing bullying, all 50 states have, in one form or another, taken action to address this problem. While I’m glad to see progress made on this front, it’s too little too late for those who moved through school with targets on their backs, as I had. It’s because of my own experiences that I follow discussions about anti-bullying efforts with great interest—and also a healthy dose of skepticism.

The Tech-Based Elephant in the Room

As an educator, I’ve seen firsthand how school administrators often talk a good game when it comes to their school’s “no-nonsense” or “zero-tolerance” bullying policies. Walk into any school, and you’re likely to see at least one anti-bullying poster hanging up in the halls, some even created by students themselves. But as a teacher and a survivor of extreme abuse at the hands of several of my former peers, I know firsthand that modern-day anti-bullying laws, policies, and apps are only as effective as the adults willing to enforce them.

It remains true that not all school officials take bullying complaints seriously, as was the case with one school district in California that was recently found complicit in the digital bullying campaign against one of its students. The district was ordered to pay out 1 million dollars in damages to the teenage victim. According to NBC News, “The gross negligence by School, Teachers, Principal, and District resulted in significant physical and psychological trauma to Claimant.”

As I encounter such stories, I can’t help but wonder whether and how anti-bullying technology could make a difference for victims, but also their aggressors. According to Kati Morton, licensed marriage and family therapist, media personality, and author of the book Traumatized: Identify, Understand, and Cope with PTSD and Emotional Stress, in relying on technology to address the problem of bullying, we’re looking outward for solutions that might be inward. “I don’t really see technology being effective. We need to have more conversations, and this needs to be face-to-face with parents. We also need teacher intervention,” she said. With cyberbullying defining so much of how children now experience bullying, Morton believes that “we need to take solutions offline.”

It would seem, also, that some technology has placed the onus of finding a solution squarely in the hands of the targets. Requiring victims to do more work to achieve safety in spaces where safety should be a given (such as schools) doesn’t seem right to some mental health experts. “We’re putting this responsibility on the person being hurt to download an app and take these extra steps. We need to deal with the people who are bullying. There need to be consequences,” Morton says. 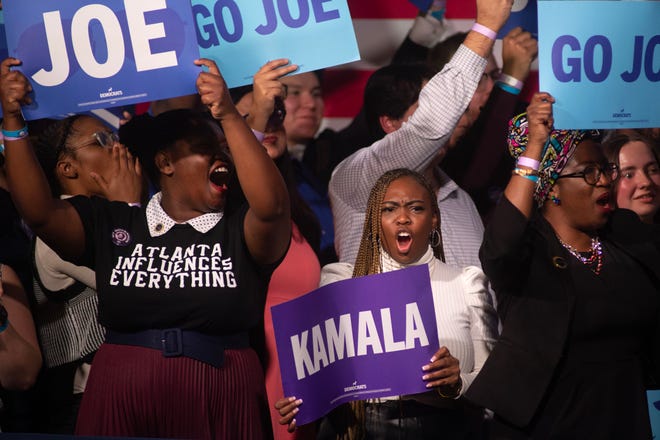 Biden hints at 2024 White House run as he rallies Democrats