David S. Goyer is something of a titan amongst cinematic comic book adaptations. The writer-producer has helped to bring Blade, The Dark Knight, Man of Steel, Constantine, and The Sandman to screens — a proven track record in understanding how to find the cinematic sculpture inside the marble block of comics continuity.

Goyer had made an understandable mistake of judging a book by its cover (although maybe not so understandable for one of Hollywood’s foremost superhero experts). Everyone knows, after all, that female superheroes have the most exaggerated of bodies and the skimpiest of costumes.

He was wrong, and the internet told him was wrong, and now the only people who remember it are nerds like me who were there when the Deep Magic was written. But why he was wrong is the story of She-Hulk, from her copyright-squatting invention to her origin story as Bruce Banner’s cousin to her modern Marvel Comics niche as a metaphor for the transgressive power of marrying everything considered unfeminine — loudness, bigness, comedicness, confidence, strength, and intelligence — to a high femme package.

There is so much more to She-Hulk than a Spirit Halloween “Sexy Hulk” costume.

How Shulkie got her Hulk

The secret origins of Marvel’s distaff counterpart of the Hulk begin in a booming era for sci-fi action cinema featuring superpowered heroes — the 1970s. Shows like Wonder Woman and The Six Million Dollar Man climbed ratings charts to cultural saturation, and Marvel was not left out of the glut. The Incredible Hulk, licensed from Marvel Comics by CBS and starring Bill Bixby and Lou Ferrigno, was having a real moment.

But as legend would have it, that success was only making Stan Lee nervous. ABC had recently spun off The Bionic Woman from its smash hit The Six Million Dollar Man, and while the show hadn’t been a home run à la Wonder Woman, the possibility that CBS might follow suit with a women-led Hulk spinoff wasn’t far-fetched. Especially since any female version of the Hulk would be a completely original character that CBS could own outright.

But if Marvel were to preemptively create a female Hulk (Lee was no stranger to trademark and copyright squatting), then CBS would be forced to license that character for any distaff spinoff. Jennifer Walters, the slight, mild-mannered criminal defense attorney who transformed into the Amazonian-proportioned (and scantily clad) She-Hulk when she got angry, would be the last new Marvel Comics superhero Lee would create for over a decade.

Her origin — and first solo book, The Savage She-Hulk (issue 1 by Stan Lee and John Buscema, all other issues by David Anthony Kraft and Mike Vosburg) — was classic Marvel. A crime boss with a vendetta, an attempted murder that just so happened to coincide with a visit from Jen’s cousin Bruce, and it just so happened that Jen needed a blood transfusion, and it just so happened that her cousin was the only one around with the right blood type. In a swirl of comic book coincidence, Jennifer Walters got a dose of Bruce Banner’s gamma-irradiated blood and developed a milder version of his powers.

From the jump, Jen’s “Hulk story” was distinctly different than Bruce’s. You could chalk it up to a distaste for the genuinely monstrous feminine, but if nothing else, 20 years of superhero history and shifting reader tastes had elapsed since the invention of the Hulk. Why re-create the wheel?

Jen battled weird villains, tried to clear her clients’ names, and struggled to keep her transformations secret from her loved ones. Within a year, she’d learned to swap between Jen and She-Hulk at will. And when she eventually became trapped in her Hulk form, she considered it a bonus. Unlike her cousin, who had become Marvel’s metaphor for managing the monster within, Jen was just an average superhero, one who’d lucked into awesome power and decided to use it for good.

Savage ran from 1980 to 1982 before cancellation, and from there the character bounced around team books like the Avengers and the Fantastic Four. But in 1989, something would happen to her that would cement Jennifer Walters into the fundament of Marvel Comics forever.

The fall of the Berlin Wall

Just kidding, it was the fourth wall. 1989 was the year that writer-artist John Byrne turned She-Hulk into Marvel’s self-satire book.

Byrne’s tenure in American comics was already lengthy and noted, having illustrated the Dark Phoenix Saga and crafted DC’s Post-Crisis revamp of none other than Superman, and he’d already played around with She-Hulk in a 1985 graphic novel. But 1989’s Sensational She-Hulk, largely written and illustrated by Byrne, made her into anything but the average Marvel Comics superhero.

Two years before Deadpool was even created (and nearly a decade before he’d actually start addressing the reader) Byrne’s She-Hulk didn’t simply break the fourth wall, but used it to her advantage. She tore holes in pages to skip parts of the plot and get to the bad guy faster. When villains had the upper hand, she’d call to cut away to the issue’s subplot so that she could skip over her own beat down. She interacted on the page with Byrne and Marvel editors, and complained when guest artists didn’t get her hair right.

Scenes from Sensational She-Hulk. Clockwise from top left: She-Hulk explains why her clothes never get completely destroyed in a fight. She-Hulk uses comic panels to speed up trying on clothes. She-Hulk rips a supervillain out of her comic, balls up the page, and stuffs it in a trash can. On the losing end of a fight with Titania, She-Hulk requests an immediate cut to the issue’s subplot.

Bryne didn’t work on every issue of the series, but his sensibilities set the book’s visual tone as well as textual. Not all comics artists are invested in everyday costume design, but Byrne certainly is. His She-Hulk didn’t have a costume, she had a true wardrobe of up-to-the-moment fashion. To be fair, she also ruined a lot of her wardrobe, often winding up in the equivalent of a unitard the moment a fight scene commenced, but that was another part of the enduring appeal of Sensational She-Hulk: All of its fourth wall silliness came with a significant dose of sexiness.

Then Sensational She-Hulk editor Renée Witterstaetter stepped in to put a stop to things, revealing that Jen had been wearing a bikini all along. “Anybody who was dopey enough to think you could really be skipping rope in the nude,” Witterstaetter told She-Hulk in the scene, “deserves to have wasted his money anyway!”

Byrne’s She-Hulk — the winking adventurer — became the definitive version of the character, even when her book came to an end and she returned to the Avengers for more everyday superhero antics. It would be the mid-2000s before another writer would come along and give her a new dominant mode: The superhero world’s foremost legal mind.

In a post-Ally McBeal world (when the first arc was collected it was under the name “Single Green Female”), Dan Slott made She-Hulk into a fantastical legal procedural when Jen became the newest star lawyer at a firm specializing in superhero law. Her first case was to prove that a corporation owed damages to an employee who was given superpowers in a laboratory accident. Her second was a murder trial in which Doctor Strange summoned the ghost of the victim to identify his killer from the stand. You get the idea.

But the series also moved Jen’s gaze from the reader to herself, questioning why she preferred her She-Hulk form to her human one — even in the office and the courtroom. Slott’s series wasn’t exactly about the different ways women move through the world based on physical appearance or fame, but it was about Jen learning to feel proud of herself even when she wasn’t 7 feet tall and bench pressing a truck.

Slott’s She-Hulk has also produced some of Marvel’s most memorably memetic moments, like that time Spider-Man told everyone J.J. Jameson hated him because he was Black. It fleshed out her most consistent rival, Titania, into a more than paper-thin character. And while it wasn’t a story in which Jen talked to the reader or smashed through panels, Slott kept the theme of metatextuality, establishing a bunch of lore about the comic book publisher called Marvel Comics that exists within the Marvel Comics universe.

Both sides of the law

Breaking the fourth wall may have put She-Hulk on the map, but her status as Marvel Comics’ most dedicated lawyer (sorry, Daredevil, but your whole thing is that you can’t stop fighting crime long enough to fight for your clients) made her the character she is today. And it’s the mixture of these two modes that the creators of She-Hulk: Attorney at Law chose for their series.

Head writer Jessica Gao told Polygon that “the fourth-wall-breaking, the meta-commentary, the self-awareness, the fact that she knew she was in a comic” was “essential and foundational” to the character. But that a legal-focused show provided an obvious framework.

“The premise of her getting hired at GLK&H lends itself to being a great comedy engine for story,” Gao said. “What was great about her working in private practice for a law firm [instead of prosecuting criminal cases] is that it could be any type of law. It really just opened up possibilities of different characters that we could bring in.” 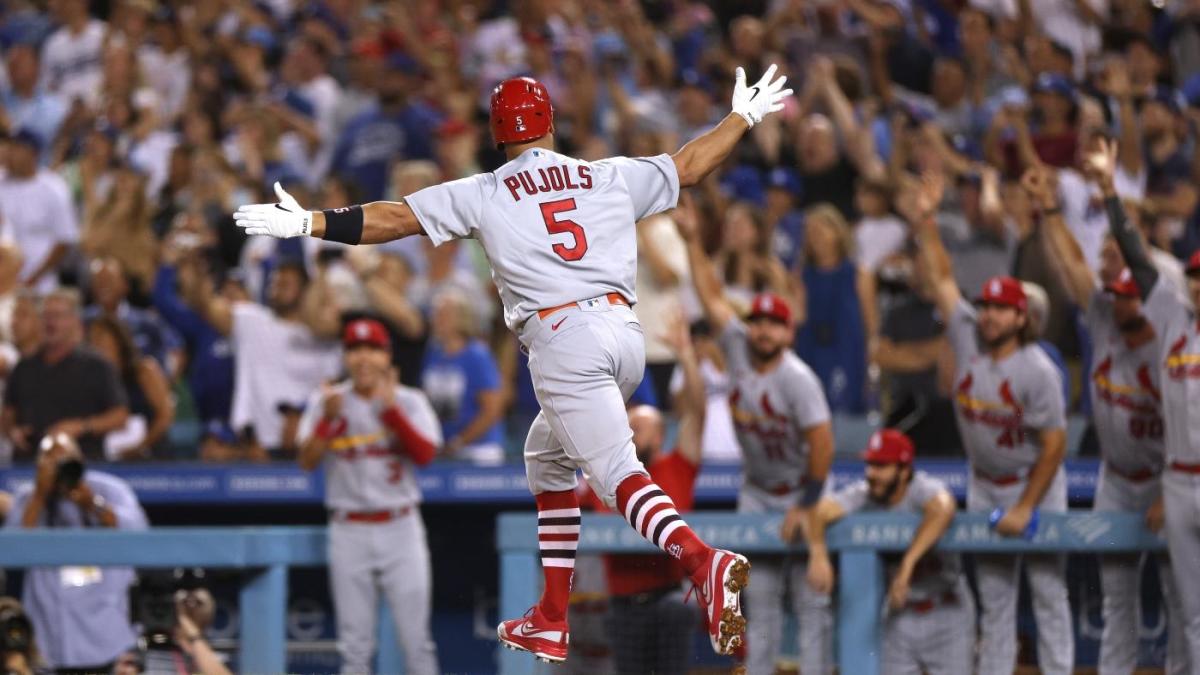 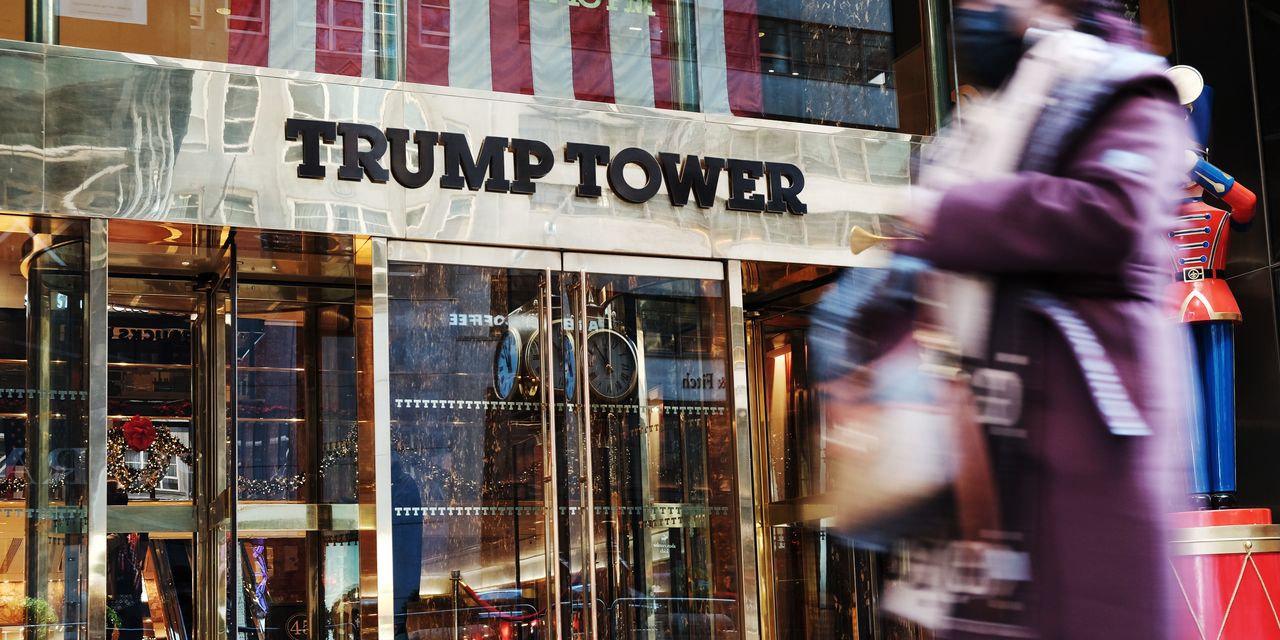 Exaggerations, overvaluations and out-and-out lies: the 6 most egregious examples of Donald Trump’s alleged inflation of his wealth – News Opener
15 mins ago 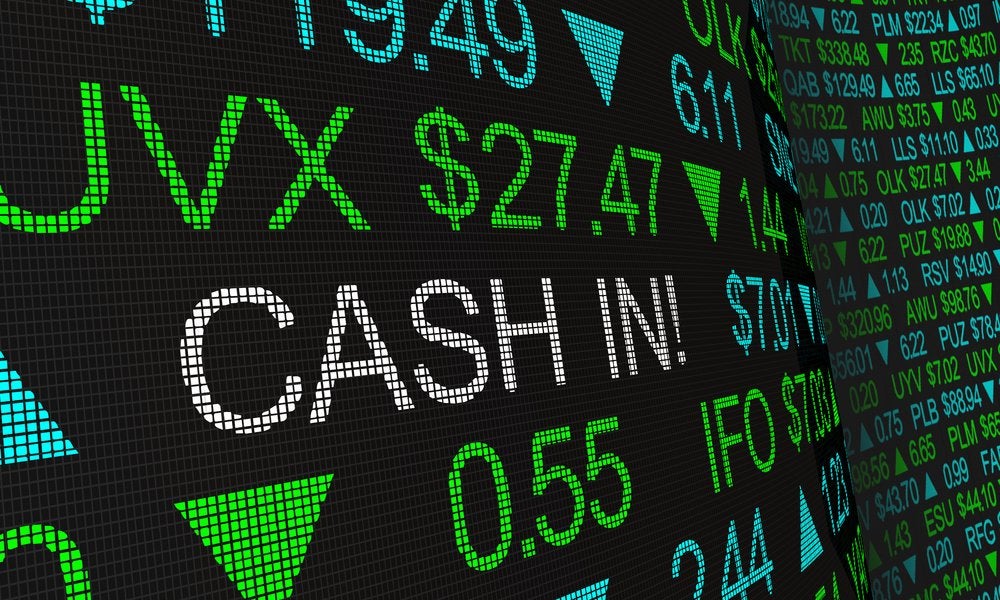 Will Wall Street’s Enthusiasm About Datadog Lead To Big Gains?
18 mins ago

Khloe Kardashian Thanks Fans for Support After Tearfully Recalling Baby No. 2 Journey on Show – E! Online
18 mins ago