Sworn statements from a Donald Trump campaign lawsuit alleging vote fraud include complaints about military ballots going for Biden despite one GOP poll watcher saying he thought those who serve are ‘conservative.’

The same poll watcher also said under oath that he believed independent poll watchers were in fact left-wing radicals.

Among the the things that tipped off the GOP poll watcher: the independents said they wanted to work in Brooklyn or expressed sympathy with protesters who declared an autonomous zone in Seattle.

‘As a final note, I did find it odd that, throughout the day/night, I saw a few dozen military ballots be counted,’ according to one affidavit accompanying the suit.

‘Although I cannot provide specific numbers or names, I can estimate that at least 80% of the military ballots I saw were straight ticket democrat or simply had Joe Biden’s name filled in on them. I had always been told that military personnel tended to be more conservative, so this stuck out to me as the day went on,’ GOP poll watcher Braden Giacobazzi wrote.

The affidavit one of dozens contained in 234 pages of ‘evidence’ released by the Trump campaign and submitted to federal court in Michigan.

The 234 pages were brandished by Kayleigh McEnany on Fox News on Tuesday then filed in full Wednesday.

It is a central plank in her boss Donald Trump’s attempt to overturn the result of the election in Michigan, where he is 148,645 votes behind. Braden Giacobazzi, a GOP poll watcher from Michigan, swore in an affidavit that he thought military personnel ‘tended to be more conservative’ but noticed military ballots going Joe Biden’s way. He is a tango dancer and engineer

What he said: This is Braden Giacobazzi, a GOP poll watcher from Michigan’s affidavit

An anonymous whistleblower claimed to Fox News host Laura Ingraham that she too witnessed voter fraud in Clark County, Vegas, which was one of the most watched counties in the country when it came to the election. But where she claimed she witnessed it was redacted.

The poll worker appeared in silhouette with her voice disguised on the show.

She claims she saw white envelopes being passed around and ripped open near a ‘Biden-Harris van.’ She claimed she saw people there marking ballots.

‘As I got closer, I thought ‘those are ballots’. I walked by four or five times. On the next time I walked by, they were putting them in envelopes.

‘They were putting them in a white and pink envelope,’ she said. They were apparently using the vans as a surface to mark the ballots.

Ingraham said: ‘But you didn’t say anything?’

‘I kind of gave them a wide berth. We were told not to interact with people out there.’

The woman says five or people then formed a ‘human wall’ to block her view of what they were doing. ‘One of them looks at me and the while line moves as I walk by them and it scares me.’

But she did not apparently report it to any supervisor.

She has signed an affidavit and given it to the Trump campaign testifying about what she claims she saw.

But the campaign has not released it except for a page which was shown on screen on Fox News.

‘We keep hearing the drum beat of where is the evidence but right here 234 pages of sworn affidavits, from real people, real allegations, signed with notaries,’ McEnany said on Sean Hannity’s show on Tuesday.

‘In one county, Wayne County, Michigan, in one batch of ballots, 60 percent had the same signatures, 35 had no voter record but were counted anyway, 50 ballots were run multiple times through a machine.

‘One woman said her son was deceased but still voted,’ she added. None of those claims can be verified and the affidavits have not been released.

‘This is one county where our poll watchers were threatened with racial harassment, pushed out of the way, and Democratic challengers were handing out documents saying how to distract GOP challengers.’

Those claims too are unverified.

‘The president wants justice for the 72 million plus forgotten men and women of this country,’ McEnany concluded.

The files as released in the court documents include repeated complaints that poll watchers were not allowed close enough to see ballots, because of the six-foot social distancing rules.

They include claims that workers at the polls were hostile to Republicans, and reveal that many of the GOP’s poll watchers saw an appeal on Facebook to come to the count to ‘challenge’ ballots.

One said that he had 10 minutes training.

Other affidavits include complaints about poll staff wearing ‘BLM and Biden’ clothing.

One says that vehicles with out of state license plates delivered people who were ‘brought in the DNC to control ballot counting activities.’

There are claims of actual irregularities in the files, including lack of signature verification, ballots being counted more than once and birthdays being entered as 1/1/1900.

Election officials have previously said that 1/1/1900 is used as a holding date of birth.

Poll watchers were a frequent source of complaint. Election rules provide for observers from each party and independents, and there are repeated complaints from GOP observers that they were kept too far from the action.

Giacobazzi in particular wasn’t satisfied that the independents were truly independent.

‘I talked with several of these ‘independent’ lawyers/law students at length in casual, friendly conversation and, based upon their answers to basic questions about the news, it was evident that EVERY single one of the lawyers/law students that I talked to was ideologically far-left, supported things like CHAZ/CHOP in Seattle and condoning the crime skyrocketing around the country or wanting to work in Brooklyn because they support ‘progressive’ changes to law to ‘not prosecute rioters,’ etc.’ according to an affidavit.

Although Brooklyn has developed a national reputation as a hipster enclave, it is a diverse borough of New York, a city that has nearly 3 million registered Republicans. Independents recently surpassed registered Republicans there, NY1 reported, with Democrats still the dominant force to the tune of about 6 million.

‘Always very slow. But the soft serve and food here is good as far as fast food goes and the staff is friendly But oh so slow.’ A LinkedIn page identifies Giacobazzi as an engineer at Ford Motor Company. One poll watcher claimed to have been called a ‘bigot’ and a ‘c***,’ but said the person who said it had their name tag covered ‘Yet, they all claimed to be independent. Anyway, every time a GOP staffer was removed from the room, most of the entire room would erupt in cheers and laughter and oftentimes derogatory insults as GOP Challengers were walked out by police,’ the person wrote.

Another said Democratic volunteers were ‘aggressive’ and accused the GOP poll watchers of being part of a ‘cult’ for supporting Trump.

Another, Alexandra Seely, claimed she was called a ‘bigot’ and a ‘c***’ But the person who said it was unclear.

‘She covered her name tag,’ Seely wrote. She also swore there were ‘backpacks and suitcases that were saran-wrapped’ in the back of the counting room.

‘I had a man scream in my face to back up and be 6 ft away when I already was or he’d throw me out,’ she wrote in her hand-written affidavit.

The suit comes as President Donald Trump continues to say he will ‘win’ the election and attacks the election he lost as rigged and filled with fraud. Trump on Wednesday lashed out at a Republican election commissioner in Philadelphia who had denied claims of fraud, calling him a ‘RINO’ who was being ‘used’ by the media. ‘

He refuses to look at a mountain of corruption & dishonesty. We win!’ Trump wrote.

However, his team has not had much success in getting judges to accept claims of fraud in states where Joe Biden won or is leading. Many of the Trump camp’s complaints amount to individual charges which, even if true, would not be sufficient to throw out the thousands of votes where Biden is ahead.

A New York Times canvass of top election officials in every state failed to turn up accusations of fraud.

The challenges in court have suffered setbacks too.

During a Pennsylvania court hearing this week on one of the many election lawsuits brought by President Donald Trump, a judge asked a campaign lawyer whether he had found any signs of fraud found among the 592 ballots challenged.

The answer was no.

‘Accusing people of fraud is a pretty big step,’ said the lawyer, Jonathan Goldstein. ‘We’re all just trying to get an election done.’

Trump has not been so cautious, insisting without evidence that the election was stolen from him even when election officials nationwide from both parties say there has been no conspiracy.

On Wednesday, Trump took aim at Philadelphia, the Democratic stronghold that helped push President-elect Joe Biden over the 270 Electoral College votes needed to win the race. The president accused a local Republican election official Al Schmidt, of ignoring ‘a mountain of corruption & dishonesty.’ Twitter added a label that said the election fraud claim is disputed.

Trump loyalists have filed at least 15 legal challenges in Pennsylvania alone in an effort to reclaim the state´s 20 electoral votes. There is action, too, in Georgia, Arizona, Nevada and Michigan.

In court, his lawyers must walk a precarious line between advocating for their client and upholding their professional oath.

Legal ethicists and pro-democracy activists have questioned the participation of lawyers in this quest, as Trump clings to power and President-elect Joe Biden rolls out his agenda.

‘This may be an attempt to appease the ego in chief, but there are real world consequences for real people that come out of that,’ said Loyola Law School professor Justin Levitt, a former Justice Department elections official. ‘The attempt to soothe the president´s ego is not a victimless crime. 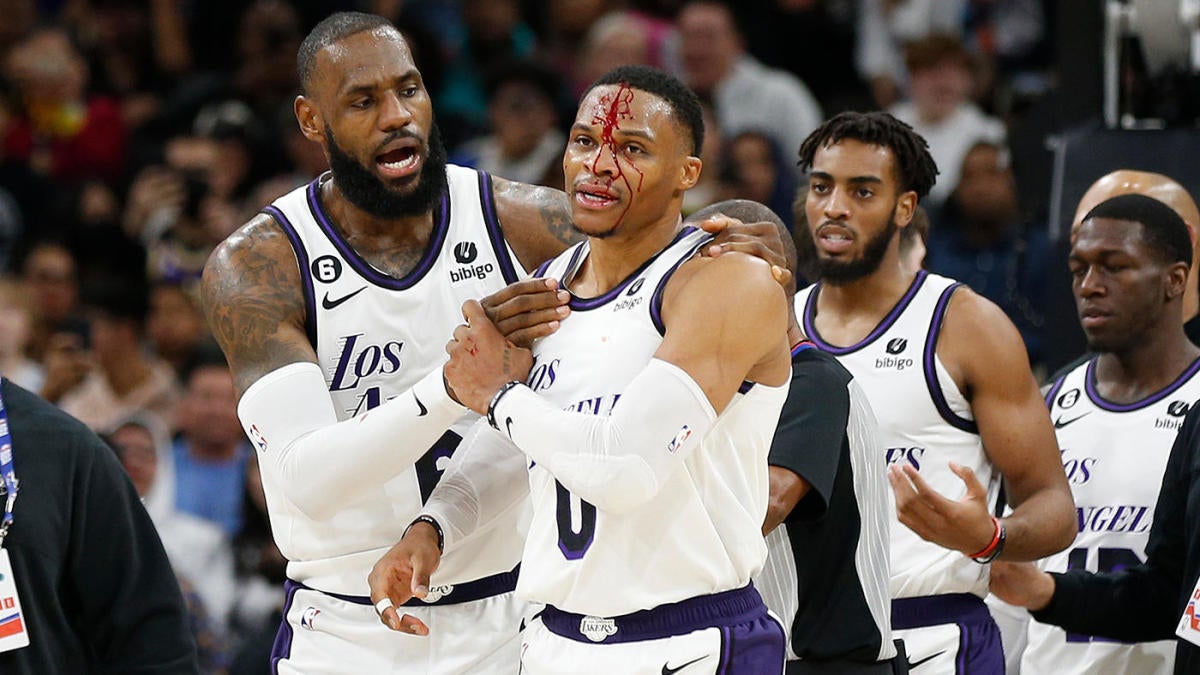 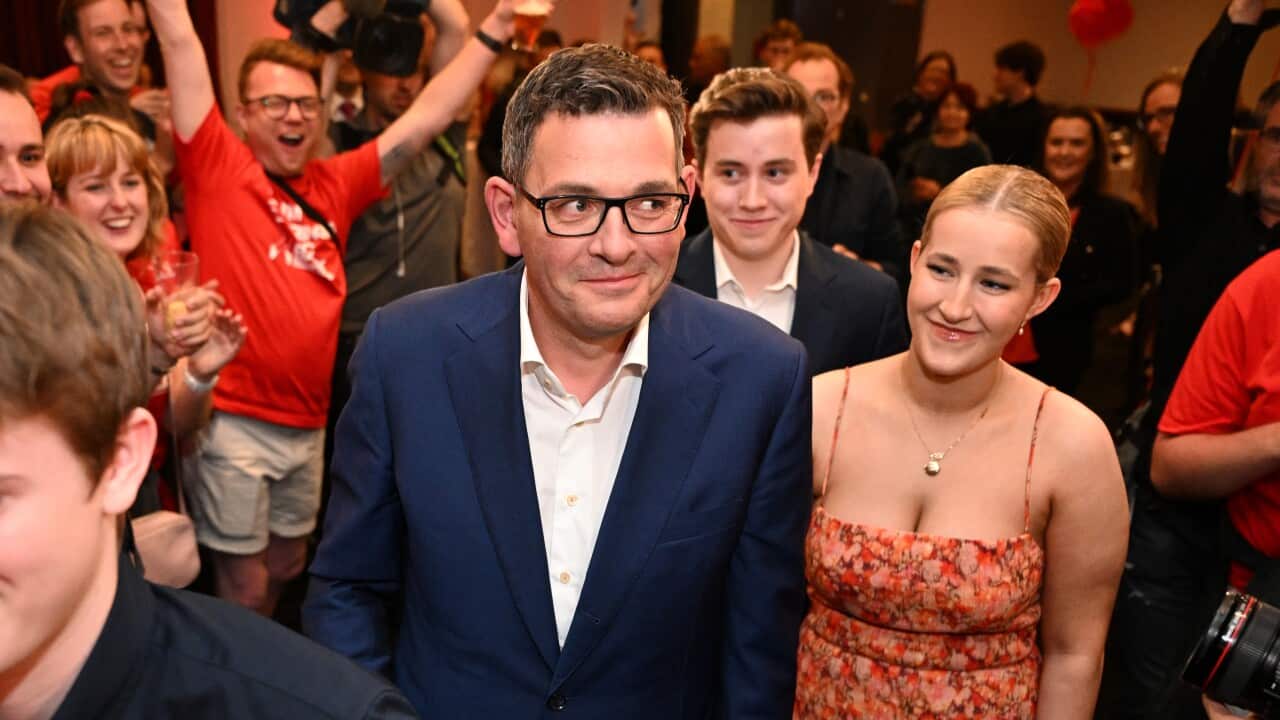 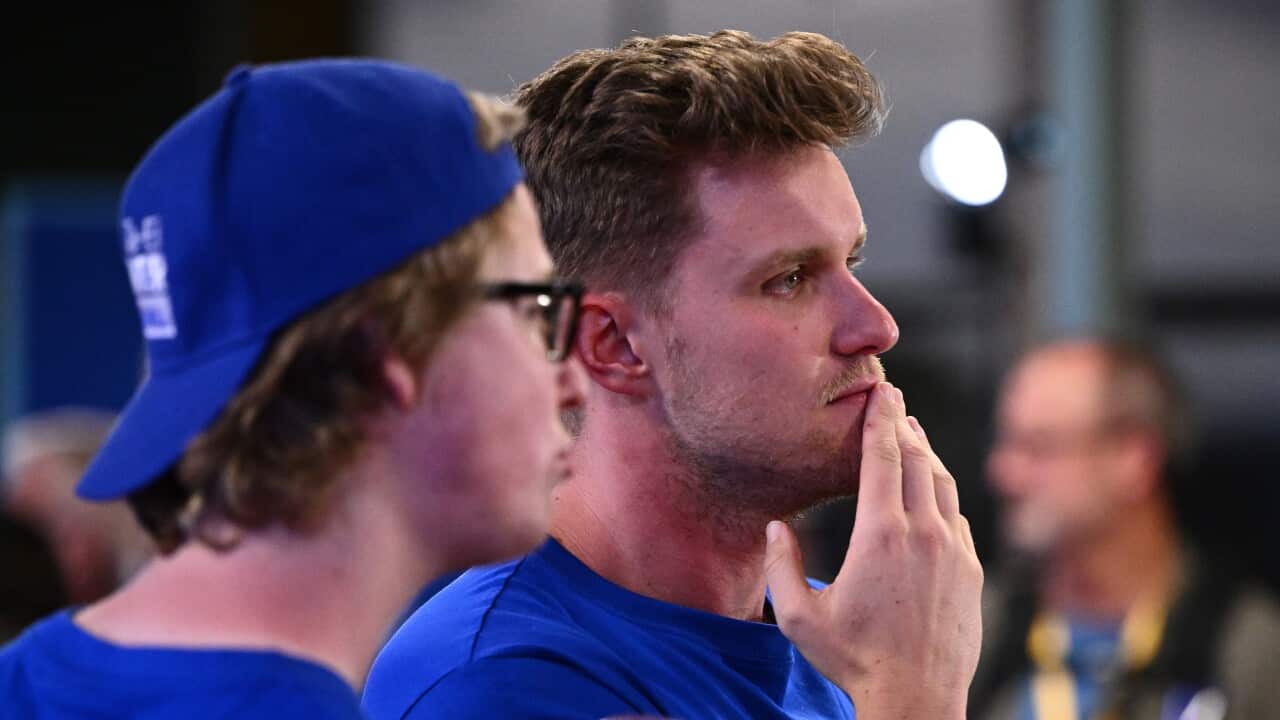 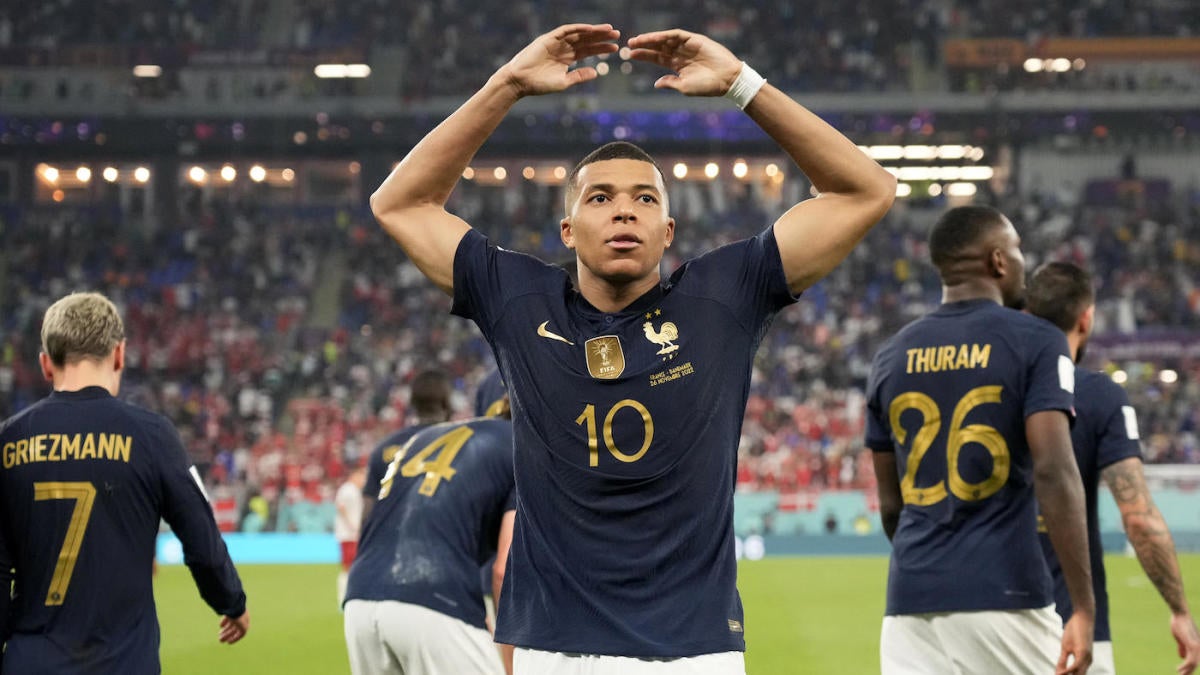 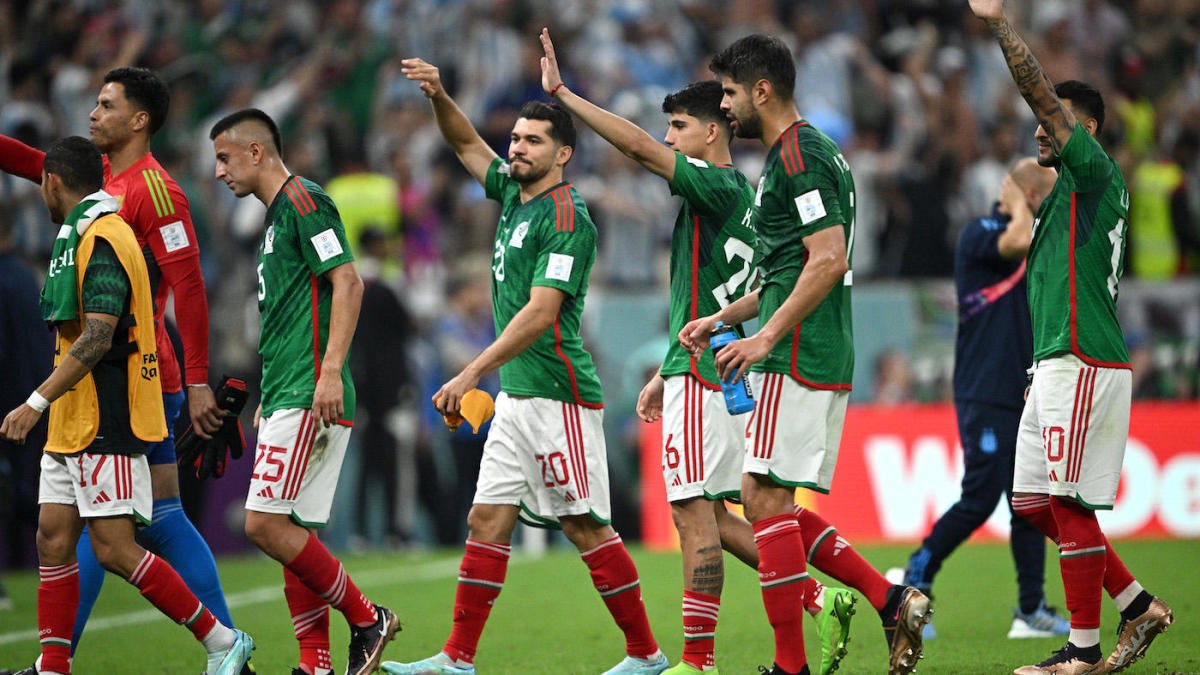