The Trump family have lost their attempt to gag the president’s niece Mary Trump from writing a tell-all book about them.

A judge at the Queen’s Surrogate’s Court in New York ruled that their application to stop Mary was ‘fatally defective’ and dismissed it.

Judge Peter J. Kelly said that his court was the wrong jurisdiction and that any attempt to block her book, titled Too Much and Never Enough: How My Family Created the World’s Most Dangerous Man, has to be done through the Supreme Court instead.

The decision is another embarrassing blow to the Trumps after they had to refile their application because they didn’t pay the $45 fee.

President Donald Trump’s niece Mary Trump is writing a tell-all book which promises to blow the lid off all the family’s most closely guarded secrets Pictured: Mary in Long Island on Friday before her road trip to Cape Cod Mary  is the daughter of the president’s brother Fred Jr. (pictured), who died in 1981 from alcoholism

In his four page ruling, Judge Kelly said: ‘At the outset, the court finds that the submissions suffer from several improprieties’.

Judge Kelly wrote that a preliminary injunction is an order obtained in a pending action and as the probate for Fred Trump Sr’s estate was resolved in 2001 it is ‘non-existent’.

The judge said: ‘To the extent the accompanying petition is supposed to provide the jurisdictional basis for said motion (the injunction), it cannot do so as that petition is fatally defective’.

Judge Kelly said that the Trump family filing their motion in his court was ‘improper’ and ‘outside the parameters’ of the Surrogate’s Court.

Instead it should go through the Supreme Court, which handles civil matters.

Judge Kelly said he would have accepted jurisdiction if the application affected Fred Sr’s probate matters.

But he wrote: ‘It cannot be successfully argued that this dispute affects the administration of the decedent’s estate.

‘The irrefutable conclusion is, regardless of the outcome of the matter, the administration of this estate will not be impacted one iota’.

Judge Kelly wrote that the agreement Mary and the Trump family signed backs up his point.

He cited a paragraph which stated that in the event of a breach, an injunction may be obtained by ‘any court of competition jurisdiction’.

Theodore Boutrous, the lawyer for Mary and her publishers Simon & Schuster, said: ‘The court has promptly and correctly held that it lacks jurisdiction to grant the Trump family’s baseless request to suppress a book of utmost public importance.

‘We hope this decision will end the matter. Democracy thrives on the free exchange of ideas, and neither this court nor any other has authority to violate the Constitution by imposing a prior restraint on core political speech’.

The Trump family lawyer Charles Harder said: ‘Robert Trump, Mary Trump and the other family members who settled in 2001, agreed to jurisdiction of future disputes in the Surrogate’s Court of Queens County, New York.

‘This matter therefore was filed in that court. Today, the Surrogate’s Court ruled that it does not have jurisdiction over the dispute. Therefore, Robert Trump will proceed with filing a new lawsuit in the New York State Supreme Court’. Meanwhile her brother, Fred Trump III said Mary is still bound by a nondisclosure agreement with the Trump family and should not have written the blockbuster book that she is planning to publish next month.

In a statement issued exclusively to DailyMail.com by the president’s son Eric Trump, Fred said: ‘At the time that our lawsuit with the family was resolved, Mary and I had each received a generous financial settlement from the family and were more than willing to agree to execute non-disclosure provisions, all of which had been approved and recommended by our attorneys and advisors at that time.’

‘In my opinion, those provisions of the 2001 settlement agreement are still in effect and binding today and I have continued to honor them.’ Mary’s book — titled Too Much and Never Enough: How My Family Created the World’s Most Dangerous Man — is scheduled to be released in July

In his statement Fred said he and his family ‘have a strong relationship with our extended family and have had no involvement or interest in the preparation of this book.’

And he said that Mary’s claim that his son William — who suffers from cerebral palsy — has been cut off by the president and his three surviving siblings is false.

‘As is also known by Mary, our son William has been very well provided for financially for many years through the William Trump Medical Fund by my aunts and uncles, Maryanne, Donald, Elizabeth, and Robert; for which we are very appreciative.’

One estimate says that William, who turns 21 next week, receives up to three-quarters of a million dollars a year for his condition.

Just last week, when news of the proposed book first broke, Donald Trump said he had a good relationship with Fred III.

The president and his siblings say they would suffer ‘irreparable harm’ if Mary’s book is published.

In an application for a temporary restraining order, they say: ‘No amount of monetary damages can ameliorate the loss that will be suffered if Mary Trump is allowed to violate the settlement agreement and publish’.

They argued that Mary agreed not to write a memoir back in 2001 under the terms of a settlement which resolved a bitter family dispute over the estate of family patriarch Fred Trump Sr.

The agreement said that due to Donald Trump being famous and his sister Maryanne being a federal judge ‘the family made the decision collectively to enter into an agreement that would maintain the confidentiality of the family’s private matters’.

The application sets up a First Amendment clash with Mary and her publishers Simon & Schuster.

Their lawyer Theodore Boutrous has said that the Trumps are ‘pursuing this unlawful prior restraint because they do not want the public to know the truth’.

He said: ‘The courts will not tolerate this brazen violation of the First Amendment’.

The blurb says that Mary, 55, a psychologist, describes a ‘nightmare of traumas, destructive relationships, and a tragic combination of neglect and abuse’.

Mary is one of two children by Fred Trump Jr, the President’s older brother who died in 1982 aged 42 after battling alcoholism.

When Fred Sr died in 1999, Mary and her brother Fred Trump III challenged his will because they claimed that the Trump family exerted undue influence to cut them out.

Mary claimed in a lawsuit that in retaliation the Trumps ended the healthcare for her side of the family. Mary’s brother Fred Trump III tells DailyMail.com that Mary is still bound by a nondisclosure agreement and should not have written the book DalyMail.com spotted Mary in Long Island on Friday (pictured) but she left over the weekend for Cape Cod where her condo is 56 steep steps above a sandy beach on Cape Cod Bay

DailyMail.com tracked her down to the second-floor condo in the town of Brewster, where she was spotted wearing the same outfit and buying a six-pack of Bass Ale on Tuesday (left and right). Despite wanting to tell all about her uncle, Mary was less forthcoming when it came to talking to us. ‘There will be a time and a place,’ she said. ‘Have a great day. Enjoy. It’s a beautiful spot’

In the application for the restraining order, which oversaw Fred Sr’s probate, the Trumps say that everything was resolved in 2001 under a ‘global’ agreement.

The application states: ‘Confidentiality was at the essence of the settlement agreement.

‘Fred’s daughter, Judge Barry, was a judge for the United States Court of Appeals for the Third Circuit.

‘The court cases involving Fred Trump Sr’s will had received extensive publicity and the family made the decision collectively to enter into an agreement that would maintain the confidentiality of the family’s private matters’.

The financial terms have been blacked out and there are nine pages including sections on ground leases, a Trump-owned company and trusts set up in 1976.

The application does however note that Mary received a ‘substantial’ amount of money.

As part of the agreement Mary agreed to not ‘directly or indirectly publish or cause to be published any diary, memoir, letter, story, photograph, interview, article, essay, account or description or deficient of any kind whatsoever, whether fictionalized or not, concerning their litigation with (the Trumps) or assist or provide information to others in connection therewith’, the application states.

The only exception would be if Donald, Maryanne and their brother Robert gave consent.

Yet in an affidavit Robert Trump says that he ‘never consented’ to let Mary write her book. In an affidavit Mary claimed at that point, she discovered that in September 1991 Fred Sr rewrote his will so it ‘virtually disinherited’ her and Fred III. The new will divided the bulk of the inheritance among his living children, meaning Mary and Fred III only got $200,000 each because their father was dead. Pictured l-r: Robert, Elizabeth, Fred, Donald and Maryanne

The Trumps argue that an emergency injunction is needed because books are often sent to book stores weeks ahead of publication.

They appear to have learned the lessons from the book by Donald’s former national security adviser John Bolton, which was hugely embarrassing for the President.

They went to court to stop ‘The Room Where It Happened’ from being published but a judge refused because much of it had already been made public through leaks.

The last time Mary spoke publicly about her family was 20 years ago in an article for the New York Daily News in which she said Donald and his siblings ‘should be ashamed of themselves’.

She was reportedly the source for a New York Times investigation into the President in 2018 which demolished his image as a self made man.

In fact Donald received at least $413million from his father and was a millionaire by the time he was eight.

Mary’s Twitter feed is an indication of what the tone of her book will be like and she called her uncle’s election victory in 2016 the ‘worst night of my life’.

The 55-year-old left her home on New York’s Long Island over the weekend after news of her heavily contested tome broke. She drove her black Audi 270 miles to the condo on Cape Cod in Massachusetts that she bought in 2004 for $1.15 million, but is now worth nearly double that.

TIMELINE OF FALLOUT BETWEEN TRUMP SIBLINGS AND THEIR NIECE AND NEPHEW

1982: Fred Jr dies aged 42 after a lifetime of battling alcohol addiction. Fred Sr agrees to cover Lisa’s medical expenses and those of her children, the lawsuit states.

September 18, 1991: Fred Sr changes his will. Mary and Fred III allege he did so under the undue influence of Donald and the rest of the family.

Early 2000: Mary and Fred III challenge Fred Sr’s will because they claim he was manipulated into cutting them out by Donald, Robert and Maryanne.

March 30, 2000: Trump family informs Mary, Fred III and their mother that their health insurance benefits, which they had all their lives, would be terminated on May 1 that year. Fred III’s son William’s benefits would terminate on April 1 – just two days later.

April 27, 2000: Fred III, his wife, Mary and their mother sue the Trump family, claiming they are cutting off their health insurance in retaliation for challenging Fred Sr’s will.

Later in 2000: The case is eventually settled and the terms are not in the court file. 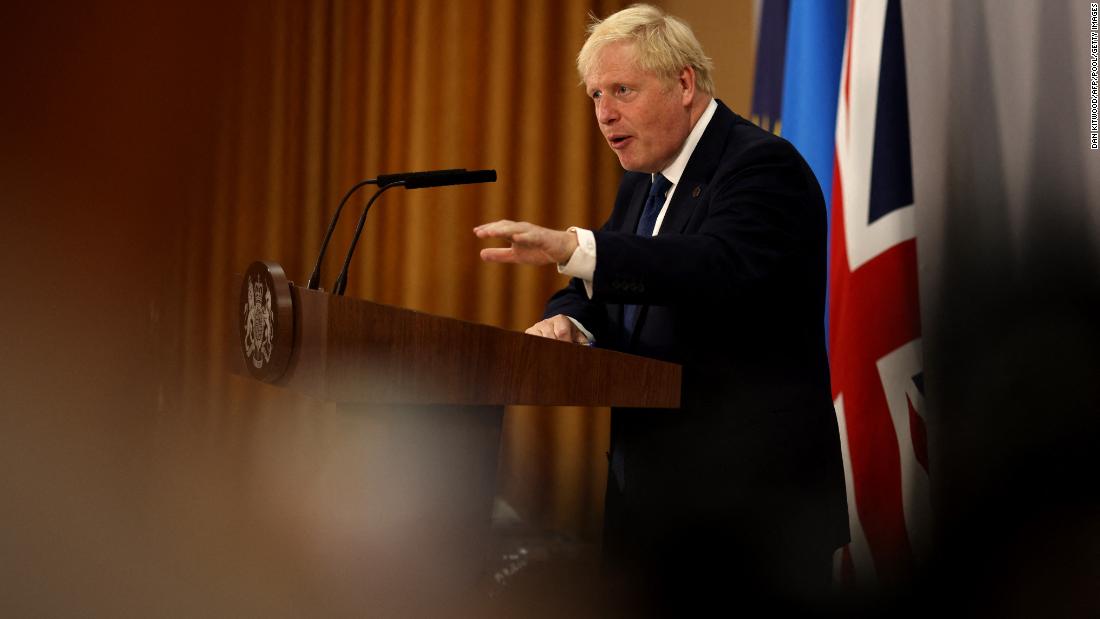 Boris Johnson is deep in another crisis. This time, it really could be game over
2 seconds ago 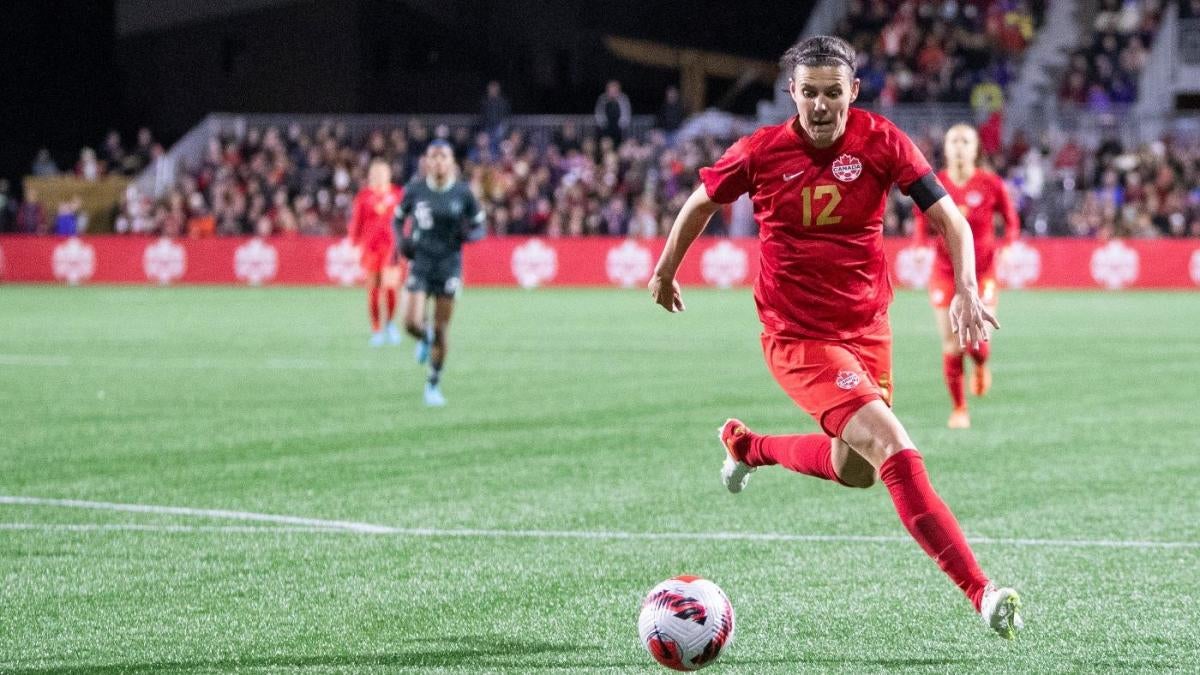 On-chain data: Celsius paid down $183M of its debt to DeFi exchange Maker, freeing up $40M in wrapped bitcoin tokens posted as collateral against the loans (Krisztian Sandor/CoinDesk) – News Opener
21 mins ago 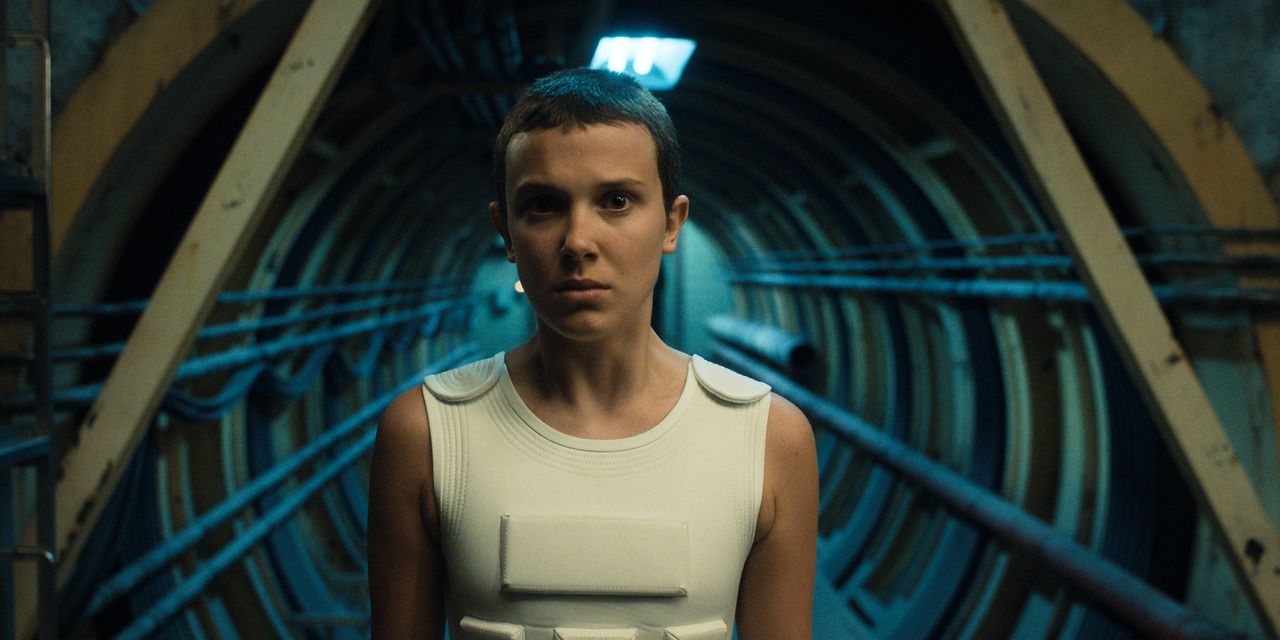 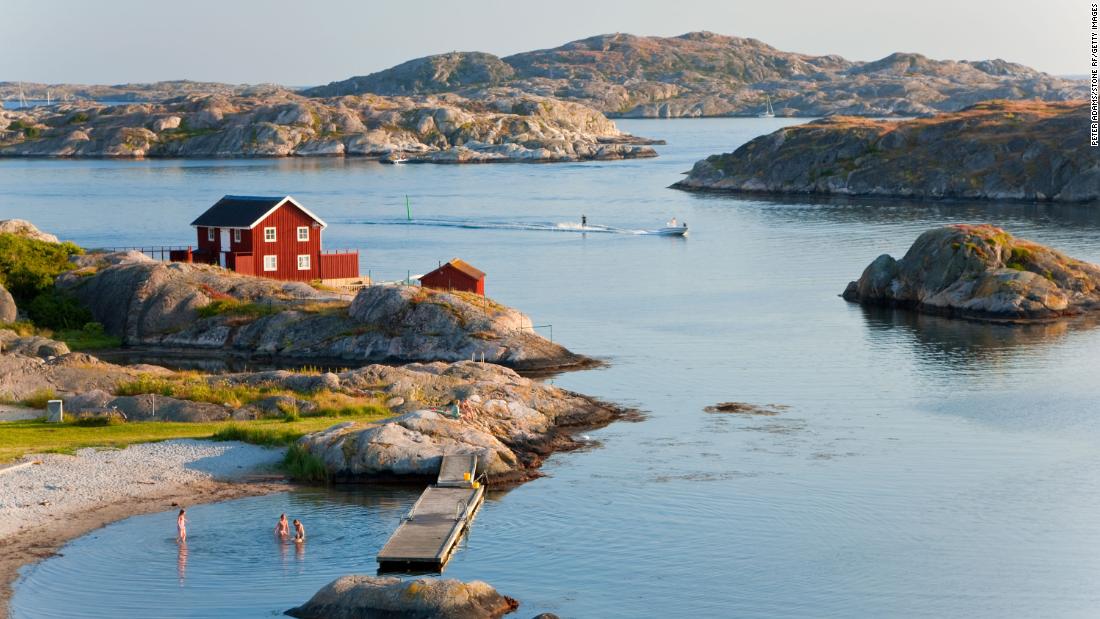