Media day is typically an easy time for an NBA team to present a united front. This is less true, however, when the team’s best player has requested a trade, then asked the owner to fire the president and coach, only for all of them to return.

So on Monday, when the Brooklyn Nets finally had to talk about their chaotic offseason, was there anything Kevin Durant could say to ease the tension?

Actually, yes: Asked if he was surprised the Nets didn’t trade him, Durant said, “No. I know I’m that good that you’re just not going to give me away. So that’s one thing I did appreciate about Sean (Marks) and Joe (Tsai). Just like, ‘You’re too great for us to give you away just that easy, that simple.’ So I get that. I know who I am.”

Durant explained why he asked out and how he came around. The team, meanwhile, tried to fold the rescinded trade request into its previous message about changing the culture.

In August 2021, Durant signed a four-year extension with Brooklyn worth almost $200 million. He made that commitment, however, “with the idea that we were going to play with that group that we went on that little run, went to the second round with,” Durant said. He thought he was building something with James Harden and Kyrie Irving, both of whom were expected to sign similar extensions before last year’s training camp, according to Marks.

Neither did so, and when the season started Irving was unavailable because he refused to get vaccinated. Harden started slowly, Joe Harris got hurt, Irving came back as a part-time player, Durant got hurt and Harden asked for a trade. In a six-week stretch, the Nets lost 17 of 20 games.

“As the season went on, you seen what happened with our season: guys in and out of the lineup, injuries, just a lot of uncertainty, which built some doubt in my mind about the next four years of my career. I mean, I’m getting older. I want to be in a place that’s stable and try to build a championship culture. So I had some doubts about that. And I voiced them to Joe.”

Brooklyn finished 44-38, No. 7 in the East, and were swept by the Boston Celtics in the first round after winning a play-in game. What bothered Durant, though, was not so much “the result,” he said, but “how we get to that point.” Championship teams push through adversity and get stronger, but when he was injured, he sensed a different vibe. A when KD comes back… vibe.

“My whole thing was I wanted everybody to be held accountable for their habits as a basketball player every day,” Durant said. “And I think a lot of stuff was getting swept under the rug because we’re injured or this guy’s not around or just the circumstances. I thought we could’ve fought through that a little bit more and focused on the guys that were here a little bit more.”

Durant said that the Nets’ approach didn’t only cost them wins; it cost them respect around the league.

“What I want for us is respect amongst the NBA community, as a team, how we play, on both ends of the floor, from GM all the way down to the equipment manager,” Durant said. “I want that respect. And I think you do that by how you work every single day. And we skipped some steps in how we worked throughout that year last year because of the circumstances. Vaccine mandates, people disgruntled, injuries. I felt like we could’ve just kept pressing forward.”

But there’s good news, according to Durant: “Steve (Nash) agreed with me,” he said.  “So the stuff that I was saying wasn’t like we were all on different pages with it. We all agreed that we should be doing the same stuff.”

The rescinding of the request

Weeks after telling Tsai to choose between him and the Marks-Nash tandem, Durant rescinded his request to be traded and the Nets announced that they’d all agreed to move forward together.

Nash said that “families go through things like this,” and that “we cleared the air, we spoke, we got on the same page,” adding that he’s “glad we got it behind us” and that Durant has “been outstanding since we had our chat.”

More broadly, Nash and Marks both talked about learning from what went wrong last season. When Marks talked about getting past Durant trying to get him fired, he directly referenced earlier comments about reflecting on the Nets’ day-to-day processes.

“Everybody is entitled to their opinions,” Marks said. “And I think, for us, it’s not to hold a grudge against what Kevin said, but it’s a little bit of saying, ‘All right, if that’s the way he feels, what’s going on here?’ Like, what do we need to change? Is it personnel-driven? Again, is it logistics? Processes? What is it? What can we do to get back to that?”

Asked if he felt blindsided when Durant asked for a trade, Marks said: “I would have hoped it would have never have got there, but, at the same time, I’m glad it did in one way because it forced us to reflect on this and get back to what’s important.”

Marks said that the Nets were “relatively close” to trading Durant, but that “it’s pretty difficult to get like for like.” He said they weren’t concerned about Durant potentially asking for a trade again if the season is rocky.

“If he wanted out and still wanted out, he wouldn’t be here,” Marks said.

Durant himself endorsed Brooklyn’s offseason moves and said that he, Nash and Marks are “professionals” who “know how to adapt and move forward.” He even echoed the sentiment that the team can grow as a result of last year’s failings and his near-exit.

“It was a year of growth,” Durant said. “And a year of us looking in the mirror of, like, we f—ed up. As a team. And that only makes you better. So I’m banking on that.”

Moving forward, Durant said, he has faith that “we all want the same things. Especially after a summer of us basically having a standoff. That’s only going to make us better and make us more competitive and want to go out there and show what we can do.”

And what about Nets fans that want assurance that he won’t make the same request down the road?

“Nets fans should know me after three years,” he said. “And the work I put in. We’ve been through a lot as a team and I still go out there and do my job. So I don’t feel like I have to prove anything to Net fans after three years. I’m committed to moving forward with this team. So if they’ve got doubts, then I can’t control that, that’s on you.”

Before Durant’s trade request, Kyrie Irving failed to come to an agreement on a new contract with the Nets, so he picked up his $36.5 million player option and will be a free agent next summer. Asked if he was close to going somewhere else, he said, “Yeah,” then laughed. “There were options. But not many, I tell you that.”

Irving said he understood and respected the Nets’ position in negotiations, but also said that he “didn’t appreciate how me being unvaccinated all of a sudden came to be a stigma within my career that I don’t want to play.” He said that not getting a contract extension done before the 2020-21 season was “a tough pill to swallow,” and that he “gave up four years, 100-something million, deciding to be unvaccinated.”

Irving said that it was “awkward” to hear that Durant requested a trade shortly after he’d opted in. “You’re watching your best friend go through now the other side of the media storm that comes with this trade request,” he said, “and being in the middle was kind of like a clusterf—.”  Irving also said, though, that it spurred Marks, Tsai and “our whole entire family” to have “some honest conversations.”

Marks said that, while Irving and the Nets couldn’t find a middle ground, they’re happy to have him back. He said they’re “happy to support him in any possible way throughout this season to make sure that he’s healthy and committed and ready to go,” and that “we’re going to see a very determined Kyrie Irving — we’ve already seen it this summer.”

Despite everything that made this offseason highly irregular, Irving offered some normal media-day optimism. He said he was embarrassed by the sweep against Boston, and that it was easy to return “because I knew I wasn’t willing to give up on something that I hadn’t seen all the way through.” He said Brooklyn has “a long journey ahead,” which will require health and synergy.

“The sky is the limit,” Irving said. “I don’t want to say that as a cliche, but it really is because we don’t know what this team is going to paint on this canvas this year as of yet. But we have the drive, we have the motivation, we’re saying all the right things.” 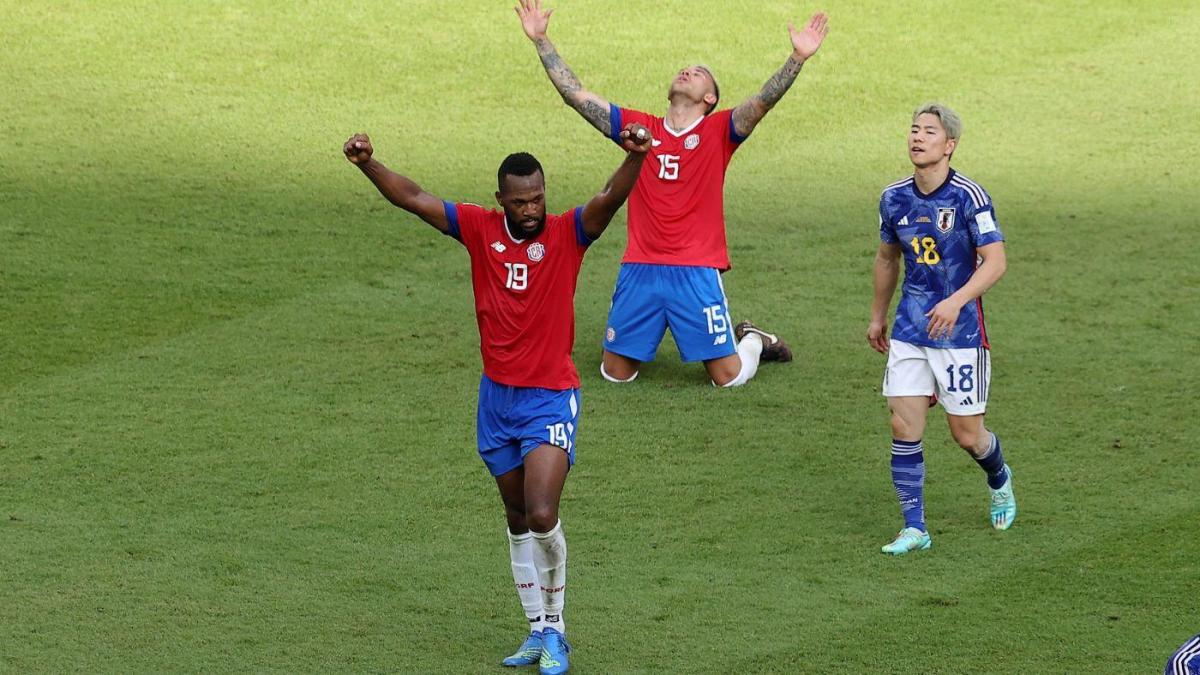 The High-Temperature Superconductivity Mystery Is Finally Solved
17 mins ago