CAMDEN, N.J. — The seasons officially changed from summer to fall last week, which means that the start of the NBA season is right around the corner. The Philadelphia 76ers kicked things off on Monday with media day, which was held at the team’s training complex in Camden, N.J. The team will hold its training camp in Charleston, South Carolina starting on Tuesday.

With the Ben Simmons saga now far behind them, the Sixers entered media day and camp with far less drama surrounding the team than there was last season, and that was reflected in the exchanges between players and media members. Instead of consistent questions about how big of a distraction Simmons’ absence was to the team, the bulk of the questions were about how individual players improved over the offseason, and how the team can build off of last season.

Speaking of last season, last time we saw Sixers star Joel Embiid out on the court, he was playing through a broken bone in his face and a torn ligament in his thumb. The big man made it clear that those issues are now well in the rearview mirror, and that he’s feeling great physically after “being in bed all summer.” (While Embiid may have put some miles on his mattress, he also assuredly spent plenty of time in the gym).

In addition to Embiid feeling refreshed and ready to go, here are a few other takeaways from Philadelphia’s media day.

Immediately after the Sixers were eliminated by the Heat in the conference semifinals in May, James Harden spoke about how he was excited to enter an offseason fully healthy — something that hadn’t happened the previous two years. Here’s what he said at the time:

“I’ve been trying to get right through the course of a basketball season for two years straight, And it’s like, that’s not it. You know what I mean? All last summer I was rehabbing. It was a little frustrating because I’m not used to going through something like that, but it is what it is. I’m just happy to be healthy now. I’ve got a full summer to be straight and do the things necessary to come back even better next year.”

It appears as though Harden took full advantage of his healthy summer, as he appeared to be in very solid shape at media day. He joked that he lost “100 pounds” over the summer, and while he was obviously exaggerating, he was clearly svelte. By all accounts, Harden really got after it over the offseason, and he even organized team-wide runs in L.A. “James put in just a ton of work this summer,” Doc Rivers said of his star guard.

Harden credited his productive summer to dieting, rest and just being healthy enough to put in the necessary work.

“It’s dieting,” said Harden. “It’s proper rest and then it’s just, for me, I think it’s strengthening my muscles and gaining more muscle mass, which I always had. It’s just this last year and a half, I wasn’t healthy enough to put the proper work in like I’m used to. This summer was huge for me in that aspect. The hill runs and the weight lifting were important and adding the skill on the court as well.”

It will be extremely interesting to see how Harden’s offseason training manifests on the court throughout the season. Despite dealing with a lingering hamstring injury and getting traded from Brooklyn to Philadelphia in the middle of the campaign, Harden was the only player in the entire NBA to average over 20 points and 10 assists per game last season.

A focus on defense

Adding two-way players and guys capable of getting it done on the defensive end of the floor was clearly a priority over the offseason, so it’s not surprising that Sixers star center Joel Embiid was preaching the importance of defense in order for the team to be successful.

“Our focus is on defense,” Embiid said. “We aim to be the best defensive team in the league. That’s going to take all of us. I got to get back to not waiting until the fourth [quarter] to be that guy, and then doing it all game… For me, coming into this year we just want to focus on that. Because if you get stops, you’re able to run, you’re able to get in transition, you’re able to get Tyrese [Maxey] going.”

The Sixers had the 12th-best defense in the NBA last season, so with the additions they made over the offseason and an increased focus on that end, they should be able to climb back into the top ten. Two years ago — Doc Rivers’ first season in Philadelphia — the Sixers finished the season with the league’s second-best defense. Getting back close to that should be the goal.

Sixers third-year guard Tyrese Maxey probably had the line of media day when he was asked about his individual goals for the upcoming campaign.

“Coach Doc said something in the locker room recently: This is a ‘we’ season, not a ‘me’ season. This season is going to be all about us as a group, as an organization, and I just want us to be the best we can possibly be… I’m not really worried about the individual accolades, I just want to help my team as much as possible.”

For a team with as much talent and lofty expectations as the Sixers, the “we” not “me” philosophy is a sound one. We saw it at the start of free agency when Harden took a pay cut for next season in order to afford the Sixers some added salary cap space to fill out the roster, and now Maxey preached on it at media day. It’s clearly something that the team has discussed, and if the whole squad can truly embrace, and maintain, this mentality, it will be beneficial.

Shortly before media day kicked off, the Sixers announced that their prized offseason addition, P.J. Tucker, recently had an arthroscopic procedure done on his left knee. The good news is that Tucker isn’t expected to miss any time as a result of the procedure, as he’s already been cleared for on-court work and is expected to be a full participant at training camp.

Both the Sixers president of basketball operations Daryl Morey and Tucker himself downplayed the severity of the procedure. “Late summer, 10-minute procedure,” Morey said. “He’s already back on the court and we’re excited for what he can do.”

“I’m doing great,” Tucker added. “We did [the procedure] timewise to where it made sense to go ahead and get it knocked out. Its been six weeks. I’m fully cleared and back out on the court and doing everything. So I’m excited.”

So all appears well on that front. Daryl Morey was also asked about the NBA’s investigation into possible tampering when it comes to the team’s signing of Tucker, but he was unable to comment on the matter, noting that the investigation is still ongoing. 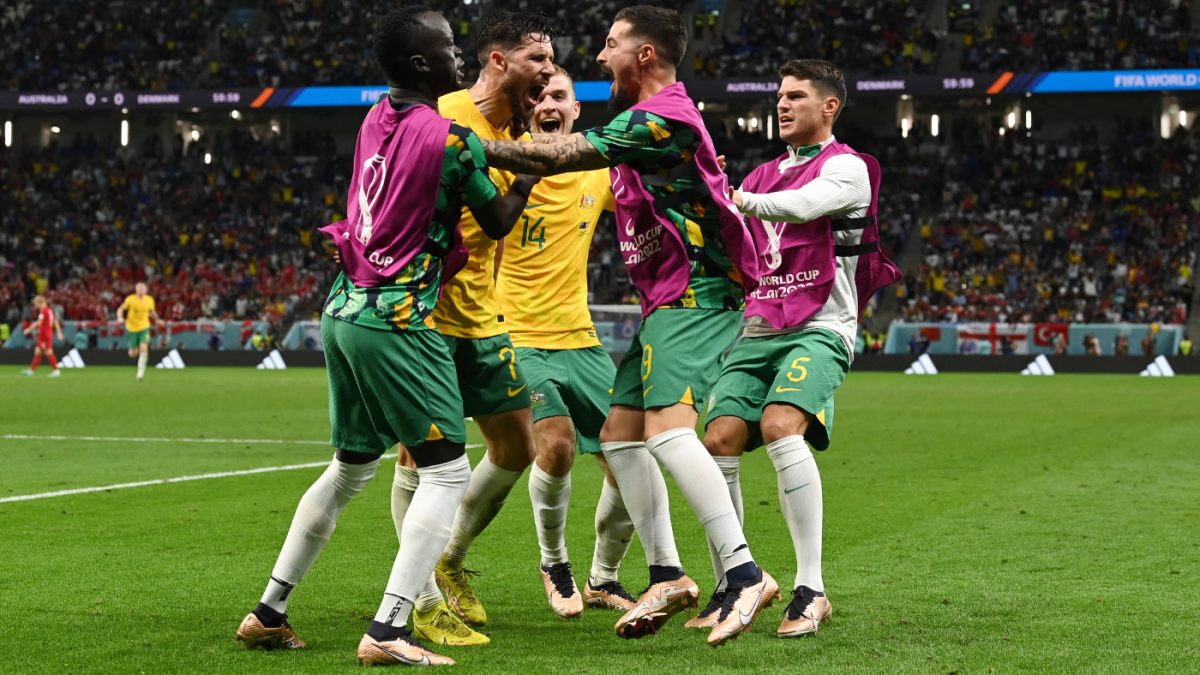 Australia vs. Denmark final score, FIFA World Cup 2022: Socceroos qualify for the round of 16 after shock win
2 seconds ago

Salesforce better get used to Marc Benioff in charge, because he keeps chasing off his chosen successors – News Opener
7 mins ago

Salesforce better get used to Marc Benioff in charge, because he keeps chasing off his chosen successors – News Opener

Ex-Virginia trooper posed as teen for ‘sextortion’ in catfishing of girl whose family he killed, police say
9 mins ago

Ex-Virginia trooper posed as teen for ‘sextortion’ in catfishing of girl whose family he killed, police say