Rick and Morty devotees have been rewarded for their patience this year, having waited it out since before Christmas for definitive news of a new batch of episodes. They arrived in May and just as quickly neared the end of their run, so read on and we’ll tell you how to watch Rick and Morty season 4 online for free – including where you can stream all of part 2 anywhere, including the new episode 10 Star Mort Rickturn of the Jerri.

Rick and Morty season 4, part 2 kicked-off on Sunday, May 3 at 11.30pm ET on Adult Swim. It keeps the same slot over the coming weeks and cord-cutters will it offered a great value Sling Orange bundle.In the UK, it airs Thursday nights at 10pm on E4 – so All4 lets TV license holders stream it for FREE.

Yes, the bizarre show has now returned to help us get through some equally bizarre times. The part 2 trailer promised us all the unpredictability and madcap adventures we’ve come to expect from the show, including manga-style superhero outfits, electrocutions, and light sabres. Perhaps the latter should have come as no surprise given that the first new episode of Rick and Morty season 4 – episode 6 ‘Never Ricking Morty’ – was first released on May 3, just 24 hours before Star Wars Day 2020, in the United States.

Now, we’re into the final week of brand spanking new Rick and Morty season 4 episodes – with episode 10 being dubbed ‘Star Mort Rickturn of the Jerri’. Fans will no doubt sense something of a circular theme..l

Created by Dan Harmon (of Community fame) and Justin Roiland, the show originated from a short parody of Back to the Future and first aired back in 2013. Since then, it graduated from its original cult status and grown to a show that counts the likes of Taika Waititi, Elon Musk and Liam Cunningham as some of its guest stars.

Not bad going for a permanently sozzled mad scientist and his naive 14-year-old grandson, really? For anyone totally new to the show, those are the titular characters of Rick and Morty, respectively.

Will the wait have been worth it? We reckon so – read on and discover how to watch Rick and Morty season 4 and stream every part 2 episode no matter where you are  in the world right now.

How to watch Rick and Morty from outside your country

Below we’ll take yo through your Rick and Morty streaming options for various regions around the world, where you can see it for free in the likes of the US and UK. Those who already have a streaming service they use to watch Rick and Morty online may find themselves unable to access it when abroad, due to pesky geo-blocking restrictions or option to change Netflix region. We know, we know – most people aren’t going anywhere anytime soon right now. But global travel will one day resume and, god forbid, you may even be stuck abroad.

Fortunately, there’s an easy solution to geo-blocking. Downloading a VPN will allow you to watch Rick and Morty no matter where you are. This simple bit of software changes your IP address so that you can access episodes on demand.

While there are hundreds of VPNs to choose from, we always recommend ExpressVPN. As well as being fast, simple, and straightforward to install, it’s also compatible with a whole host of devices – Amazon Fire TV Stick, Apple TV, Xbox, PlayStation, iOS and Android to name some of the main ones.

Plus, ExpressVPN’s flexible 30-day money back guarantee is difficult to argue with. Even better, you can purchase an annual plan for a 49% discount and 3 months extra FREE – a brilliant offer for an essential bit of software.

Once installed, select the location of your home country and simply click connect. You’ll then be able to easily watch Rick and Morty episodes from pretty much anywhere in the world.

We’ll cut right to the chase because, like us, you’ve been waiting for part 2 of Rick and Morty season 4 for a while now. Your patience has paid off, however, as you can watch new episodes for less than ever courtesy of Sling TV and, more specifically, its Sling Orange package.This includes the Cartoon Network (and therefore Adult Swim in the evenings), costs just $20 a month for the first month.

Alternatively, read on and we’ll explain all the other ways you can watch Rick and Morty season 4 in the US and beyond.

Where else to watch Rick and Morty season 4, episode 6 in the US

For those without cable, Adult Swim is offered to cord-cutters on a variety of streaming services, including the Sling TV package mentioned – now just $20 a month for the first month.

Many people will also be familiar with Hulu, which offers Adult Swim on packages from just $5.99 a month and offers a free 1-month trial.

Remember, as per our guide above, if you find yourself out of the country, you can use clever software like ExpressVPN to watch Rick and Morty just as if you were at home.

The UK has it pretty good when it comes to watching Rick and Morty season 4, part 2 -new episodes air on E4 at 10pm BST on Thursday, nights.

This means it’ll be free to stream (for those with a valid TV license) on the channel’s All 4 service, which is available on the web and has apps for most modern devices including Android, iOS, set-top boxes, consoles and more.

If you’re currently out of the UK for whatever reason and can’t access your usual streaming service, remember you can always just grab a VPN and point yourself back to Blighty to watch your favourite shows as usual.

How to watch Rick and Morty in Canada

Canadians wanting to stream Rick and Morty season 4, part 2 are in luck, as new episodes are airing in line with the US each Sunday at 11.30pm ET on Adult Swim.

Adult Swim is only offered for standalone streaming in Canada via Amazon Prime Video – and more specifically the Stack TV add-on available through the service.

Prime membership in Canada costs CA$7.99 a month, and Stack TV will run you an additional $12.99 – but both offer free trials that can be leveraged to watch Rick and Morty season 4, episode 8 online for free.

Anyone from Canada who already subscribes to services like these and wants to watch movies and TV shows like they would at home might want to consider using a VPN.

How to watch Rick and Morty in Australia

Netflix has the exclusive streaming rights to Rick and Morty in Australia, which is a mixed blessing if you’re a fan of the show.

The good news is that existing subscribers to the great value streaming platform will get to watch new Rick and Morty season 4 episodes when they’re released, as well as be able to access older seasons 3 on-demand.

If you happen to be going abroad and are worried that geo-blocking will stop you from watching Rick and Morty, don’t worry – just use a VPN to point yourself back to Australia and you’ll be able to stream as usual.

Is Rick and Morty on Netflix?

In many countries, yes! For instance, Rick and Morty is one of the best Netflix UK shows around and – as we’ve just said – it’s also available on Netflix Australia.

But Rick and Morty season 4 hasn’t yet dropped on the servicea nywhere – and we don’t really expect it to until part 2 has finished airing on Adult Swim.

The UK proposes an Online Safety Bill amendment that would force tech firms to scan for and remove CSAM or be fined up to &pound;18M or 10% of their annual turnover (Dan Milmo/The Guardian) – News Opener
3 seconds ago

Analysis: is North Korea hiding a bigger problem behind its Covid-19 outbreak?
7 mins ago 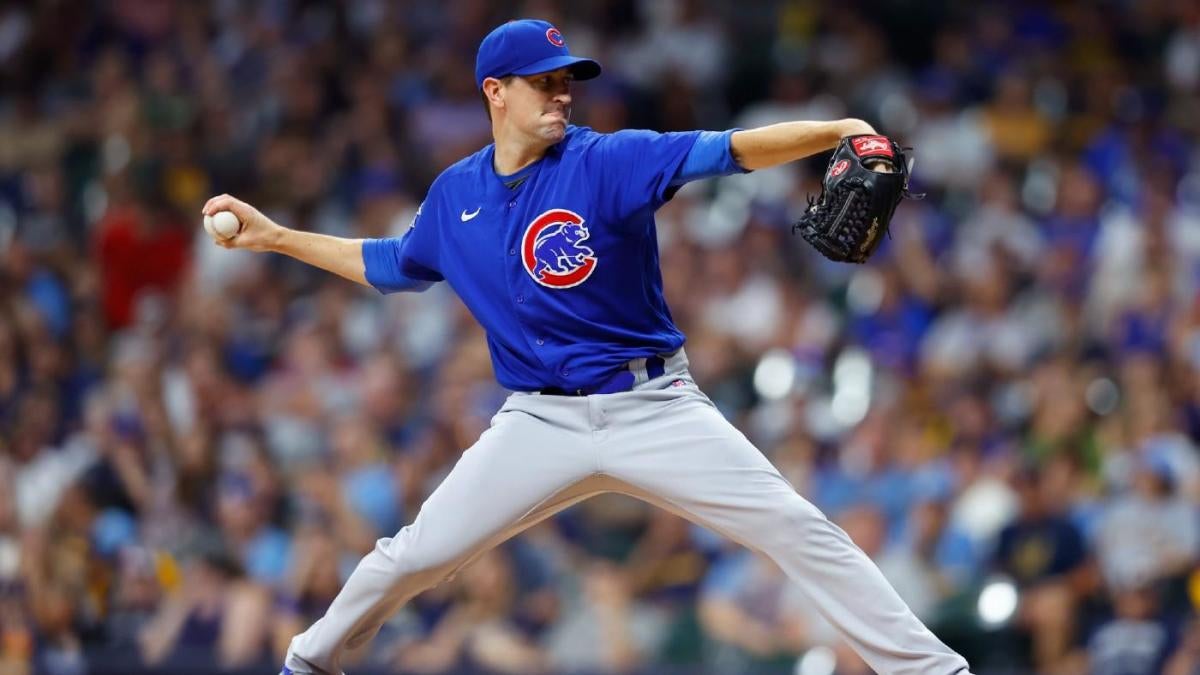 Cubs’ Kyle Hendricks departs start vs. Brewers because of shoulder soreness
15 mins ago 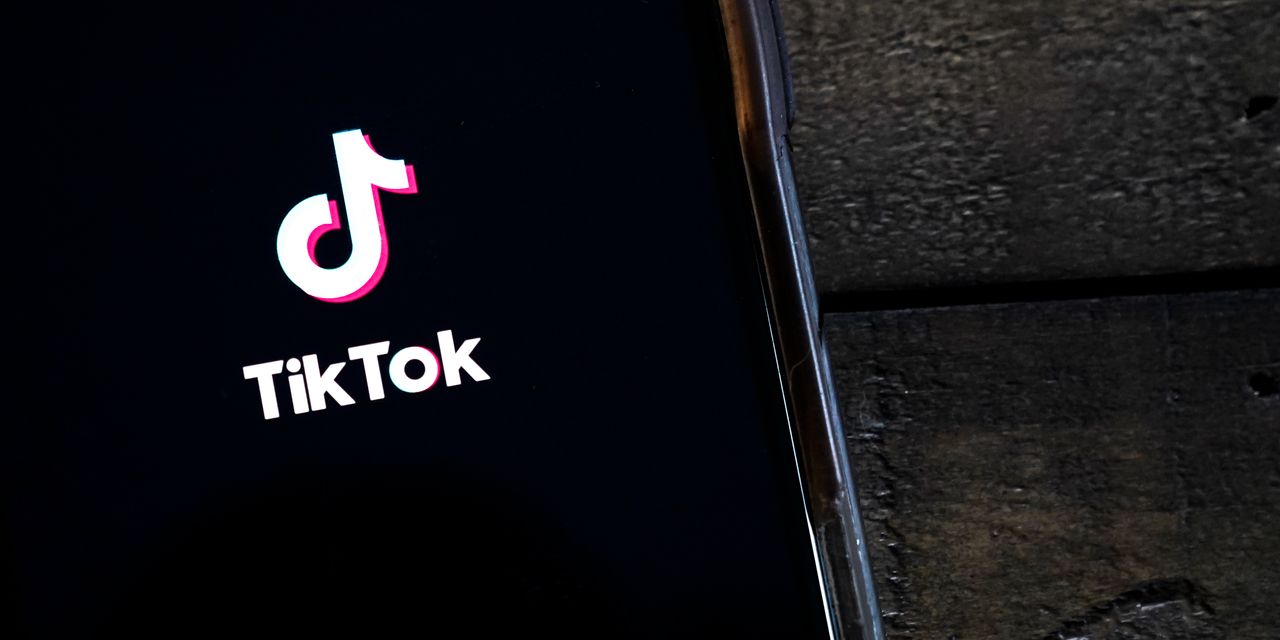