An electric road system which could see a network of overhead charging cables along the UK’s major road network ‘would almost completely decarbonise UK road freight’, a report has found.

The plan, which would cost an estimated £19.3billion, would see National Grid powered catenary cables charge 65 per cent of the nation’s lorries using an extendable rig known as a pantograph- similar to those used on an electric train.

The proposal, which has the potential to pay for itself within 15 years, is believed to be ‘technically viable, economically attractive and could be achieved by the late 2030s’, according to the report by The Centre for Sustainable Road Freight.

The ambitious move comes after engineering firm Siemens and the truck manufacture’s Scania successfully carried out demonstration trials of e-highway electric road systems in Germany, Sweden and the US.

While there are several forms of Electric Road Systems, the most cost-effective technology is the overhead catenary system.

According to the report, the cables would link to lorries driving on the inside lanes on 7,000km of the UK’s roads and quickly and cost-effectively decarbonise HGVs.

The overhead cables, which are often used on trains, supply the positive and negative electrical circuit that is picked up through a pantograph collector sitting on the roof of the HGV.

The electricity transmitted along the active pantograph would power the lorry’s electric motor and recharge an onboard electric battery, enabling the vehicles to travel to destinations outside of their electric zones.

The pantograph can be easily connected to and disconnected from the contact wire either automatically or manually at the push of a button.

The HGV vehicle can then move away from the wires to overtake or complete its journey.

Academics at the government-funded institution, who believe the system is sufficient to entirely replace the current fuel tax levied on HGVs, have said that the proposed 40 lane-km pilot will need to be completed by 2025 in order for the main three-phase rollout of the infrastructure to begin.

Each phase of the construction would take between 2-3 years, with the first phase of building work expected to reach £5.6billion, the second estimated to cost £5.1billion and the final stage expected to fetch around £7.1billion.

The electric network could in due course be combined with other road infrastructure projects, such as the intelligent transport systems and the 5G network, and could also be shared with cars and vans through charging points located at motorway services.

In their report, authors D.T. Ainalis, C. Thorne, and D. Cebon, write: ‘An ”Electric Road System” (ERS) is the primary candidate to deliver the energy needed by the UK’s long-distance HGV fleet. ERS deploys roadside infrastructure that allows the most efficient direct use of zero-carbon electricity and hence the lowest societal cost. The authors of the report have said that the proposal would be done in three phases, with rach phase taking between 2-3 years The overhead cables supply the electricity through a pantograph collector that sits on the roof of the HGV. (Stock image)

‘Truck manufacturers including Scania have indicated they can deliver the modified vehicles and have delivered numerous prototypes for demonstration trials around Europe.

‘This White Paper sets out the case for a nationwide rollout of ERS through the 2030s. A total investment in the region of £19.3 billion would be required to electrify almost all the UK’s long-haul freight vehicles, corresponding to 65% of road freight movements.

‘The estimated CO2 saving would be 13.4 MtCO2e per annum, along with substantial air quality benefits. The remaining 35% of freight movements are mainly urban deliveries that are expected to move to battery electric lorries over the next 10 years.

‘The investment compares well with the size of other planned infrastructure projects. Work could get underway immediately with an £80 million pilot project in the North East of England.’

David Cebon, professor of mechanical engineering at Cambridge University who co-authored the study, told The Guardian: ‘If you have an inefficient energy system, you build fundamental inefficiencies into your economy, which puts the country at a competitive disadvantage.

‘You create efficiencies [by using the ERS] that give you financial headroom. The government can generate tax revenues through this scheme because it is efficient.’

What is an Electric Road System?

The most mature and cost-effective technology for an electric road system is the overhead catenary system.

The overhead cables are a mature and safe technology that consist of a supporting structure built outside the road boundary that holds two catenary cable systems.

These wires supply the positive and negative electrical circuit that is picked up through a pantograph collector on the roof of the HGV.

The pantograph can be rapidly connected and disconnected automatically as needed.

The HGV is free to leave the wires to overtake or complete its journey away from the catenary using a separate on-board battery (approximately the size of an electric car battery), providing zero tailpipe emissions at all times.

In 2017, the German engineering company Siemens demonstrated their first e-highway system in California near the two largest U.S. Ports of Los Angeles and Long Beach.

‘This demonstration could lead to the deployment of eHighway systems that will reduce pollution and benefit public health for residents living near the ports.’

While Roland Edel, Chief Technology Officer of Siemens Mobility Division said: ‘Every day, Americans rely on the goods and services that are carried by freight. This mode of transportation is predicted to double global CO2 emissions by 2050.

‘Our e-highway technology has the capacity to double efficiency in comparison to regular diesel-powered trucks. This in turn cuts energy consumption in two and reduces local air pollution around America’s largest harbours.’

In 2019, Germany also introduced its first electric highway on a motorway in Frankfurt in the state of Hesse.

The e-highway was built by Siemens, with assistance by groups from the Technical University of Darmstadt and the energy and infrastructure group ENTEGA.

Officials from the UK’s Department for Transport were set to visit Germany in March, but the trip was later postponed due to the Covid-19 crisis.

In 2018, figures showed that road freight accounted for five per cent of the UK’s carbon dioxide emissions and was one of the largest contributors to the climate crisis.

However the new proposal is hoped to radically change the UK’s roads and transform the country’s roads.

The ambitious project comes after the UK became the first major economy in the world to pass laws to end its contribution to global warming by 2050 in its revised Climate Change Act (2008) in July 2019.

Following the new law, the former Energy and Clean Growth Minister Chris Skidmore said at the time: ‘The UK kick-started the Industrial Revolution, which was responsible for economic growth across the globe but also for increasing emissions.

‘Today we’re leading the world yet again in becoming the first major economy to pass new laws to reduce emissions to net zero by 2050 while remaining committed to growing the economy – putting clean growth at the heart of our modern Industrial Strategy.

‘We’re pioneering the way for other countries to follow in our footsteps driving prosperity by seizing the economic opportunities of becoming a greener economy.  ‘

Earlier this year, plans to put ten million electric vehicles on the road within ten years and rip gas central heating from every home were unveiled.

Energy regulator Ofgem outlined how the nation would have to change the way it travelled and heated its homes to meet the Government’s target of net zero carbon emissions by 2050.

The radical scheme to ‘greenwire’ Britain will be built around plans for a four-fold increase in electricity from wind farms around the coast.

But the proposals will largely be paid for by families and businesses, adding billions of pounds to bills over the next 30 years.

It is suggested that building and running the infrastructure to support the roll-out of electric vehicles could be £2billion a year, equivalent to £30 on every household bill. 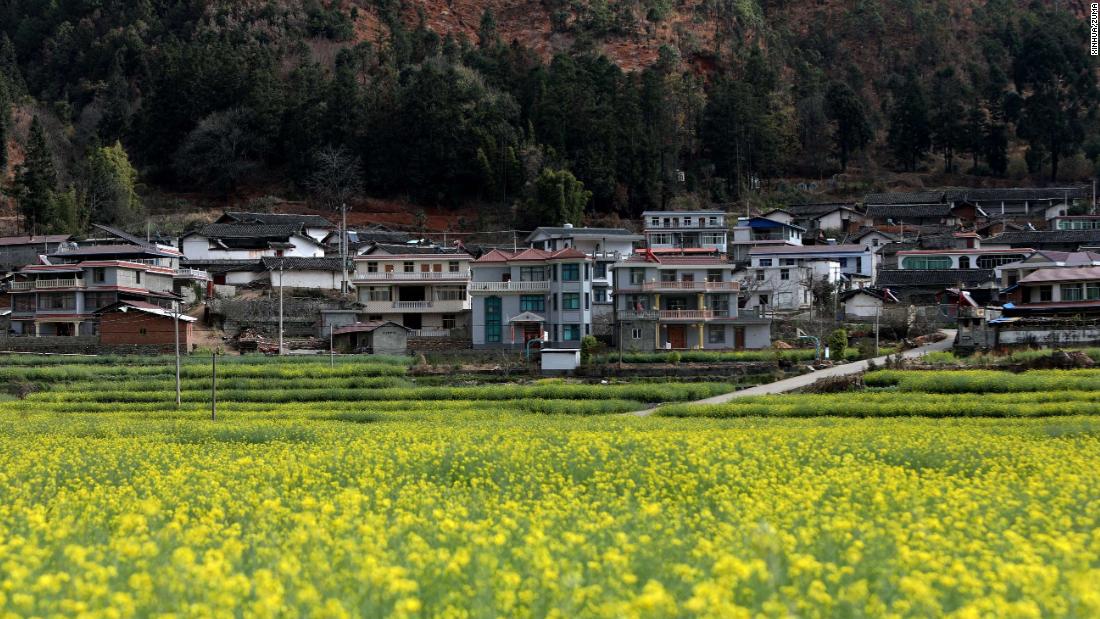