It can be hard to find among the headlines but some news is good news.

Here is your weekly digest of what’s going well in the world.

These are this week’s positive news stories:

Watch the video above for more on each story, or read on below.

1. Scientists have identified the brain mechanism behind memory loss in old age

If you’ve ever forgotten where you left your keys or accidentally told the same story twice, help may soon be at hand.

Neuroscientists at Johns Hopkins have been working with rats to investigate the parts of the brain that control memory.

They have discovered a mechanism in the CA3 region of the hippocampus that appears to be responsible for a common type of memory loss – and might turn out to be our greatest hope for combating Alzheimer’s and other age-related neurological disorders.

The Johns Hopkins team has found that the mechanism is responsible for two basic, co-dependent, memory functions – pattern separation and pattern completion.

What the Johns Hopkins team has discovered is that as the brain ages, our ability to distinguish patterns diminishes, and as a result our memory becomes impaired, causing us to become forgetful or repeat ourselves.

Concretely what happens is that the pattern separation function of the brain fades away, and the other function, the pattern completion one, takes over.

In other words, your brain is focused on the common experience of the restaurant, but leaves out the details of the separate visits, so you might remember you had a conversation about love, but be unsure who you had it with, your family or your friends.

But researchers noticed that some of the older rats they worked with performed their memory tasks perfectly, even though their neurons and pattern-recognising functions were impaired.

“It’s just like people,” says James J. Knierim from the Department of Neuroscience, Johns Hopkins University. “There’s a lot of variability in humans in terms of their cognitive ageing and how their cognitive abilities can decline over age. So we see the same thing in our rat population.”

Professor Knierim says that they want to turn all the rats, and subsequently people, into really high performers.

Something was allowing those rats to compensate for the deficit – which we also see in those lucky humans who remain surprisingly sharp into their older years. If we can isolate this factor, the hope is that we can replicate it.

“Is it just different strategies they use that they’ve learnt to compensate for deterioration in some of the brain function? Or is it the fact that their brains are not deteriorating as fast?”

Identifying the memory loss mechanism could really help us understand what prevents impairment in some people – and open the door to preventing or delaying cognitive decline in the elderly.

“We know that this same region that we’re studying is one of the first areas that is affected in Alzheimer’s,” explains Professor Knierim, “so if we want to understand Alzheimer’s and what it does, we need to understand how the brain ages normally.”

2. The French village being lit up by the sea.

‘Living lamps’ are lighting up the small French town of Rambouillet, about 50 kilometres southwest of Paris.

They have earned their name because they are powered by deep-sea organisms, through a process known as bioluminescence.

It’s the same natural phenomenon that allows fireflies to light up, and algae to glow at night when the water around them moves.

The lamps are the work of a French start-up called Glowee, which collects bioluminescent marine bacteria called Aliivibrio fischeri, which is then stored inside tubes filled with saltwater. This turns the tubes into fluorescent aquariums.

“The goal is to create a living bioluminescent raw material to create urban furniture and redesign the city of tomorrow, to be more respectful of biodiversity and the environment,” says Sandra Rey, founder of Glowee.

Mrs Rey says they are currently developing the first pilot project of bioluminescence urban furniture, which will be installed in the city of Rambouillet in the fall.

“We are in the process of producing this urban furniture so that it can be tested in the field. And to then be able to, after this first pilot project, really deploy bioluminescence in the city of Rambouillet, but obviously in many other cities too.”

The manufacturing process consumes less water than the production of LED lights and releases less CO2, while the liquid is also biodegradable.

Mrs Rey says Glowee works with almost 50 development projects today in France, “with constructors, with developers and with municipalities directly.”

3. We take a huge step towards a revolutionary ‘quantum internet’

Scientists are working on a groundbreaking new computer that will make the ones we use today seem like antiques.

They are using the mysterious powers of quantum mechanics, in a way Albert Einstein himself once deemed impossible.

Quantum mechanics could be revolutionary for modern life as we know it. Tasks that would take today’s supercomputers thousands of years to complete could be performed in minutes.

But the thing is quantum computing needs another technological breakthrough to reach its full potential. It needs the equivalent of “quantum internet” — a network that can send quantum information between distant machines without being connected.

It needs what Einstein called “spooky action at a distance.”

And a group of scientists at the Delft University of Technology in the Netherlands has done just that, spooky computing.

This team of physicists used a technique called quantum teleportation to send data across non-neighbouring locations in a quantum network.

Up until now, researchers have only been able to send data between neighbouring nodes, but the new study represents what they call a “prime building block for the future of quantum networks” and the advances in technology it will bring with it.

4. A new gel can absorb water from desert air and make it drinkable

Pulling water out of thin air just became a reality – and not just for magicians.

Scientists and engineers at the University of Texas in Austin have come up with a gel film that could offer cheap access to clean drinking water for people living in arid regions around the globe.

A third of the world’s population lives in drylands, which are areas that experience significant water shortages, so this advancement could have a huge global impact.

The gel can pull water from the air in even the driest climates, and it’s as cheap as it is efficient.

The material costs around €2 a kilogram, and a single kilogram can produce more than six litres of water per day in areas with less than 15 per cent relative humidity. To give you an idea, Las Vegas, a notably dry US city that sits in the middle of a desert, has an average humidity rate of a little over 30 per cent.

And although six litres doesn’t sound like much, the researchers say they could drastically increase the amount of water the invention yields by simply making thicker films or absorbent beds.

Pulling water from desert air is usually energy-intensive and rarely produces much clean water, but this invention is set to change all that. It’s also easy to use and simple to replicate.

“It’s very simple. It doesn’t require advanced equipment or something else. You just mix it. It’s even easier than making a meal,” jokes Nancy Guo, lead researcher of the study.

All the materials are easy to find, she says, adding that they “were inspired by stuff in the kitchen, like salt, flour and sugar.”

5. An EU plan to make solar panels mandatory on all new buildings

The outlook for Europe’s energy crisis might soon get a little sunnier.

A new proposal from the European Commission intends to make solar panels mandatory on all new buildings within the European Union.

The goal is to make solar energy the largest electricity source in the bloc, replacing reliance on Russian oil and gas supplies with renewable energy.

Following Russia’s invasion of Ukraine, the European Commission is speeding up their original green energy transition plans, increasing the renewable energy goals to 45 per cent of electricity consumption by 2030.

In 2020 renewable energy sources already made up 37.5 per cent of the EU’s electricity consumption, meaning the continent is already well on track.

“The big lessons that we have to take from this war are that renewable energies are not only fundamental to facing the climate goal, but it’s the best ally for the European Union for its independence and strategic autonomy,” said Pedro Sánchez, the Spanish prime minister, speaking at a World Economic Panel on energy in the Swiss resort town of Davos.

There’s still work to be done, however, and the Commission’s REPowerEU plan and the “solar rooftop initiative” is introducing a phased-in legal obligation to install solar panels on new public and commercial buildings, as well as new residential buildings, by 2029.

If the plan is successful, solar energy will become the largest electricity source in the EU by 2030, with more than half of the share coming from rooftops.

As well as the obvious environmental benefits, the EU hopes the plan will help reduce energy prices over time. In its World Energy Outlook 2020 report, the International Energy Agency (IEA) confirmed that solar power schemes now offer the cheapest electricity in history and predicted that by 2050 solar power production will skyrocket to become the world’s primary source of electricity.

6. The Canadian chef helping immigrants into the workplace

Jessica Rosval has worked alongside triple-Michelin-starred chef Massimo Bottura in his restaurant Osteria Francescana, in Modena, Italy, for over a decade. She’s received many awards along the way, but her most recent recognitions are for her humanitarian work.

This year she opened a brand new culinary venture that helps women who immigrate to Italy to find careers and integrate into life in a new country.

Roots, the social enterprise restaurant she opened in March with her friend Caroline Caporossi, showcases the cultural diversity of Modena’s immigrant women.

Rosval says that the menu is inspired by her chefs-in-training and where they come from. “You know, the story of the trip from Cameroon to Modena or from Colombia to Italy.”

Rosval says the training teaches the women participating the technical skills needed to be able to pursue a professional career in cooking, “But also non-technical skills that really help in terms of better understanding Italian bureaucracy, culture, the history of Modena, the food culture that exists in Modena, which are all also very fundamental and important aspects of cooking in this new country.”

Dishes inspired by Cameroon, Guinea, Nigeria, Tunisia and Ghana are all on this season’s menu.

“For example, Zaira is one of our trainees, she’s from Tunisia and in Tunisia they make brik, which is a rolled fried savoury dumpling filled with a lot of different things. It can be interpreted a lot of different ways in Tunisia, but there is always fresh cheese in the original Tunisian recipe. But when Zaira moved into Modena, she started making it with Parmigiano Reggiano. And when she told us that story, we thought it was great.”

Rosval says that sometimes the best ways for us to get to understand new places is “by picking out these little ingredients, and tasting the food and seeing what the actual land is giving us.”

And how are the Italians taking it?

Besides teaching women how to cook and run a kitchen, Roots taps into a wide network of government agencies, small businesses and volunteers who help train the women in everything from how to open a bank account and manage household finances to workers’ rights and dealing with Italian bureaucracy.

During this year alone, more than 17,000 migrants have arrived in Italy via boat, according to the UNHCR. Seven per cent of these are women, who can be doubly disadvantaged, both socially and economically.

Roots is part of the Modena-based Association for the Integration of Women, and just one of the incredible examples of local commitment to bringing these women into the workforce.

And if you’re still hungry for more positive news, there’s more below… 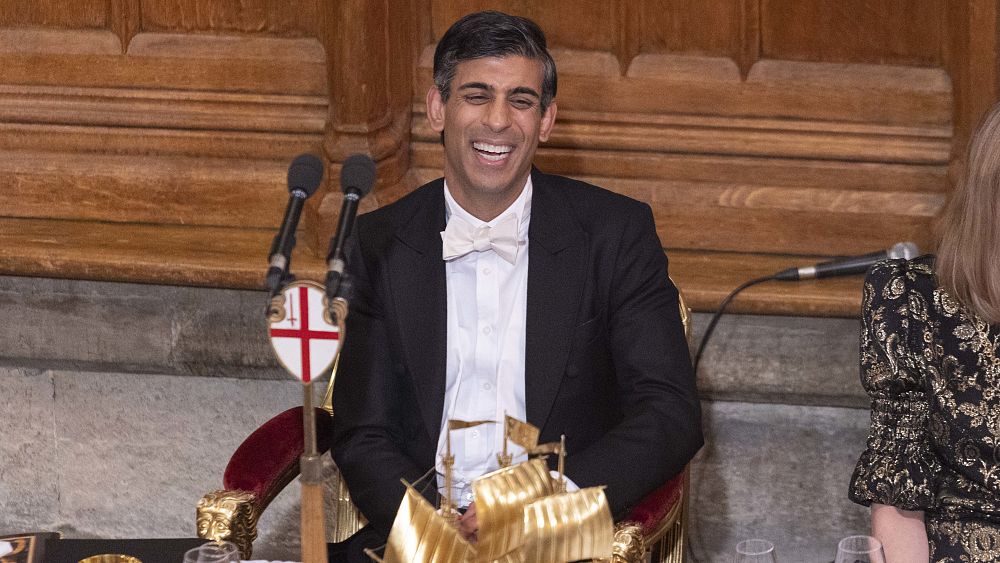