Just six months ago, Vladimir Putin opened a 7,000-word manifesto on the historical ties between Ukraine and Russia with the claim that Russians and Ukrainians were “one people”, part of “a single whole”.

But to the “common misfortune and tragedy” of both countries, Putin said, in recent years “a wall has emerged” between Russia and Ukraine.

There are those who see Putin’s comments as part of the explanation for the massing of tens of thousands of troops on its borders with Ukraine, a move that has prompted Western officials to issue increasingly alarming warnings that Russia is gearing up for an invasion.

Defence Minister Sergey Lavrov warned Wednesday that Russia would take “necessary countermeasures” if the West “continues on its aggressive course,” but Moscow has denied that it is planning to invade.

Russia considers Ukraine becoming more integrated with NATO as a threat to its national security and has demanded that the military alliance does not expand eastward to Ukraine or other former Soviet states. It has also demanded that NATO roll back its military deployments in Central and Eastern Europe.

And while it’s anyone’s guess as to what will happen next, analysts say Russia’s military buildup is larger this time, with fears ranging from Putin escalating the war in eastern Ukraine to launching a full-scale invasion.

What is happening on the Ukraine/Russia border?

Russia has amassed more than 100,000 troops near the Ukrainian border, US officials say, including moving troops to neighbouring Belarus for military exercises.

This has included sending more equipment to separatists in eastern Ukraine, according to the Ukrainian defence intelligence.

It said Russia had this month sent “7,000 tons of fuel, several tanks and self-propelled artillery systems, other weapons and ammunition, including artillery systems and mortars” to the separatist regions.

“It is a fundamentally different operation than anything we’ve seen before,” said Samuel Charap, a senior political scientist at the RAND Corporation and former US State Department official.

“The Belarus case is illustrative. There has never been a quote-unquote snap exercise in Belarus before. You’ve never seen this kind of deployment for a non-scheduled exercise.”

Valery Gerasimov, head of the general staff of the Russian Armed Forces, was quoted as saying that NATO was paying too much attention to Russia’s domestic movement of troops.

“The redeployment of units during combat training is a routine practice for the armed forces of any state,” he said.

Gerasimov added that reports Russia is planning to invade Ukraine are a “lie”.

Meanwhile, Western warnings have recently increased in intensity, with US officials stating in mid-January that Putin could invade Ukraine “at any point”.

They had said following negotiations that a Russian effort was underway to create a pretext for its troops to invade Ukraine. The warnings came the same day that Ukrainian government websites were subject to a cyberattack that Ukrainian authorities blamed on Russia.

The UK foreign office warned on 22 January that the Russian government was looking to install a pro-Russian leader in Kyiv.

Russia has denied Western allegations, calling them “disinformation” while emphasising that the North Atlantic Treaty Organisation (NATO) poses a threat.

Putin said in December that Russia was not putting missiles near US borders but that the US had its missiles on Russia’s “doorstep”.

At the end of 2013, Ukraine’s Moscow-friendly leader Viktor Yanukovych cancelled plans to sign an agreement that would bring the country closer to the EU after Putin proposed a customs union with Russia, Belarus and Kazakhstan instead.

Shortly after, Russia annexed Crimea in a move that was denounced as illegal by a UN General Assembly resolution. The largely Russian-speaking peninsula had been transferred to Ukraine in 1954 by Soviet leader Nikita Khrushchev.

The Kremlin said they acted on a Crimea referendum in favour of rejoining Russia but Western countries, including the EU, said the referendum, which occurred after troops invaded, was “illegal and illegitimate”.

Conflict later broke out between the Ukrainian government and Russian-backed separatists who declared two regions in eastern Ukraine, Donetsk and Luhansk, known as the Donbas, self-proclaimed republics.

While Russia and Ukraine signed agreements in Minsk in 2014 and 2015 aimed at bringing forth a ceasefire, the conflict has now killed more than 14,000 people.

Since that agreement, there have been repeated violations of the ceasefire agreement with the conflict transforming into a trench war.

There was hope of progress in 2019 as Russia and Ukraine swapped prisoners and Ukrainian President Volodymyr Zelenskyy told Euronews in 2020 that he thought there was a “high chance of ending the war” but clashes have continued.

In the spring of 2021, Russia began building up tens of thousands of troops near Ukraine in response to what it described as threats from NATO, a move that was widely condemned internationally. It later said that it withdrew those troops.

Yet officials have said that since at least November, Russia has been moving troops to the border.

“Today we consider the current build-up as the second stage of the first build-up,” said Oleg Ignatov, the International Crisis Group’s senior analyst for Russia.

“There was some kind of logic in the previous build-up and, for example, that we can understand them as some kind of preparation for the current military activity.”

Could Ukraine defend itself against Russia?

A former Ukrainian defence official says that the country is more prepared this time around than they were in 2014, with their military capability changing “dramatically”.

“Every single battalion has combat experience,” said Andriy Zagorodnyuk, chairman of the Kyiv-based Centre for Defence Strategies and the former Ukrainian defence minister.

“Psychologically, the armed forces are much stronger because they’ve been living with the understanding that they’re in a war for eight years.”

He says Ukraine will soon have more than 260,000 active troops in addition to reserve forces and territorial defence.

It’s still a far cry away from the more than one million forces that Russia is estimated to have at its disposal.

But Zagorodnyuk says Putin would need some 400,000 troops on the Ukrainian border to launch a full-scale invasion of the country. He considers that possibility unlikely but said that an escalation of the conflict in eastern Ukraine is, in his view, highly probable.

“The problem which Russia is going to have is not actually advancing in the territory of Ukraine,” Zagorodnyuk says, but rather, what happens afterwards.

“Advancing is one thing, but keeping the territories is totally different and actually keeping it, that would be impossible.”

David Marples, a professor of Russian and East European History at the University of Alberta who has written a number of books on Ukraine, said that he didn’t think Putin would launch a full-scale invasion unless he had gone “completely crazy”.

“That would bring no benefit whatsoever, just massive losses on both sides. It would succeed ultimately, but the costs will be far too high,” Marples said.

What are Putin’s possible motivations?

Analysts can only speculate as to whether Putin is using the troops to bring the West to the negotiating table or whether Russia is planning some form of military action — whether a small-scale invasion in eastern Ukraine or a full-scale invasion of the country.

Many experts cite Putin’s article on Ukraine’s historical ties to Russia as his most direct public statement on how he views Ukraine as part of “essentially the same historical and spiritual space”, a view echoed by many Russian officials.

“If you put 100 things forward, you might get five. This is the way the Russian leadership operates…He creates a crisis and sees what happens,” Marples said.

Sergey Radchenko, a professor at the Johns Hopkins School of Advanced International Studies, said he used to think it would be irrational of Putin to invade Ukraine but that after spending several days in Moscow, he was starting to think it’s possible.

“There is growing almost resignation here in Moscow as well, that a military option may be in the making,” Radchenko said.

Former US intelligence officer on Russia Fiona Hill wrote in an essay in the NY Times this month that Putin was furious following a 2008 NATO summit that welcomed Ukraine and Georgia’s aspirations for membership in the alliance.

Hill says she had warned then-US President George W. Bush that Putin would view bringing Ukraine and Georgia closer to NATO as “a provocative move”.

Multiple experts say that while they don’t think NATO is ready to accept Ukraine as a new member, Putin sees the geopolitical cards as lined up against him.

“There’s no love lost now between Zelenskyy and the government of Russia,” said Marples, with Ukraine increasingly close to NATO

Ignatov at the International Crisis Group says one theory is that Putin understands that Ukraine is working increasingly with NATO and that the army has modernised quickly. He also points to Russia’s upcoming presidential election in 2024.

“The main event of his previous term from 2012 to 2018 was Crimea. It was like his main political achievement for the last 10 years,” Ignatov said.

“What will be the main achievements of his current term?”

Radchenko says Putin could be thinking about his future legacy.

“In foreign policy, he seems to think that he can still deliver a major legacy of returning Russia to the ranks of this great power that has its own sphere of influence. That is why I think he’s so determined not to allow Ukraine or Kazakhstan to slip out of the Russian orbit,” Radchenko said. 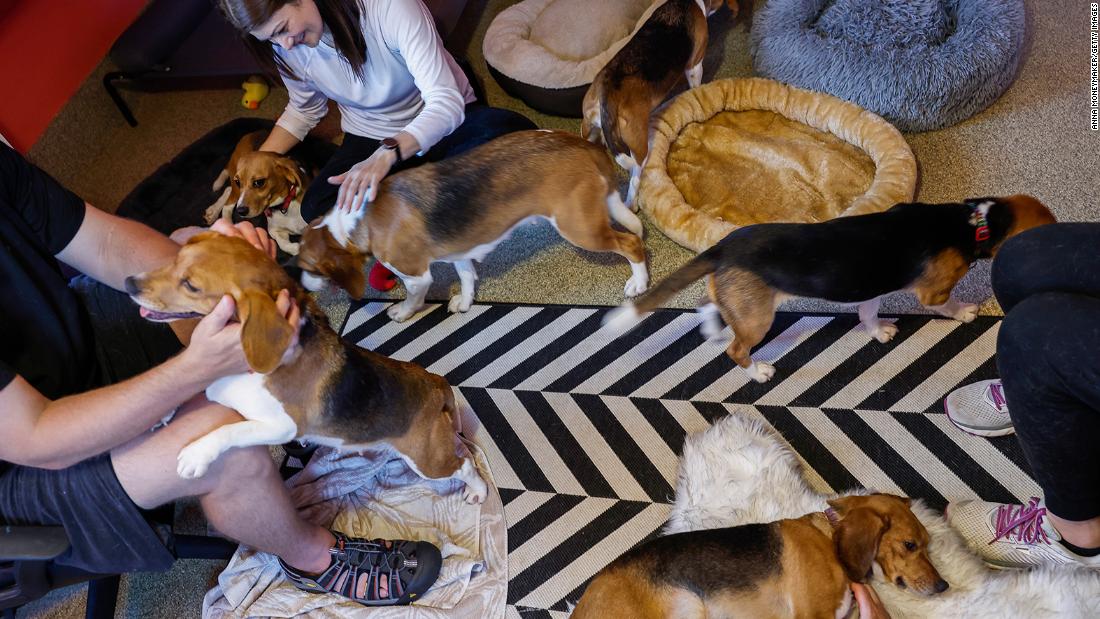 Around 4,000 beagles rescued from breeding facility looking for new homes
5 seconds ago

Around 4,000 beagles rescued from breeding facility looking for new homes 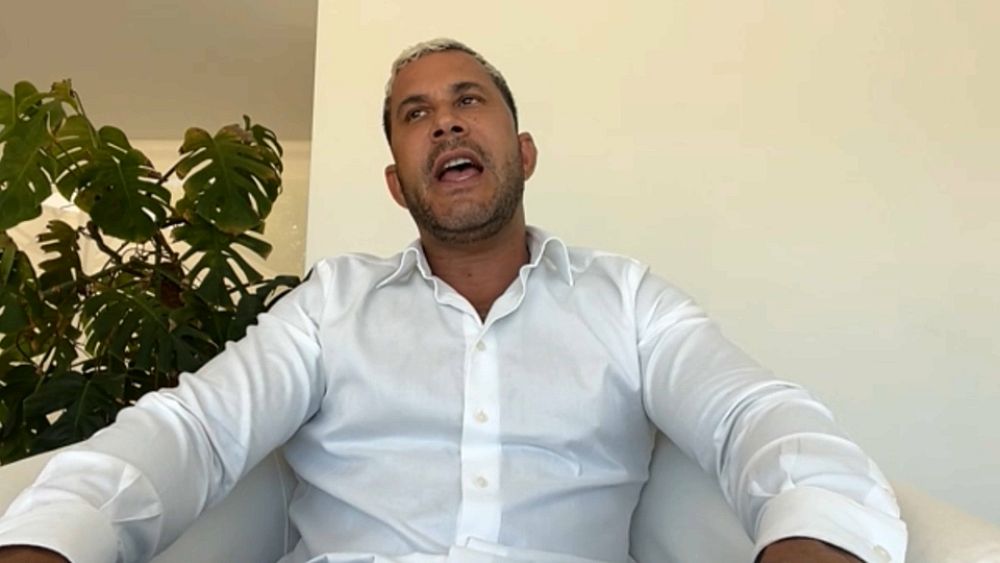 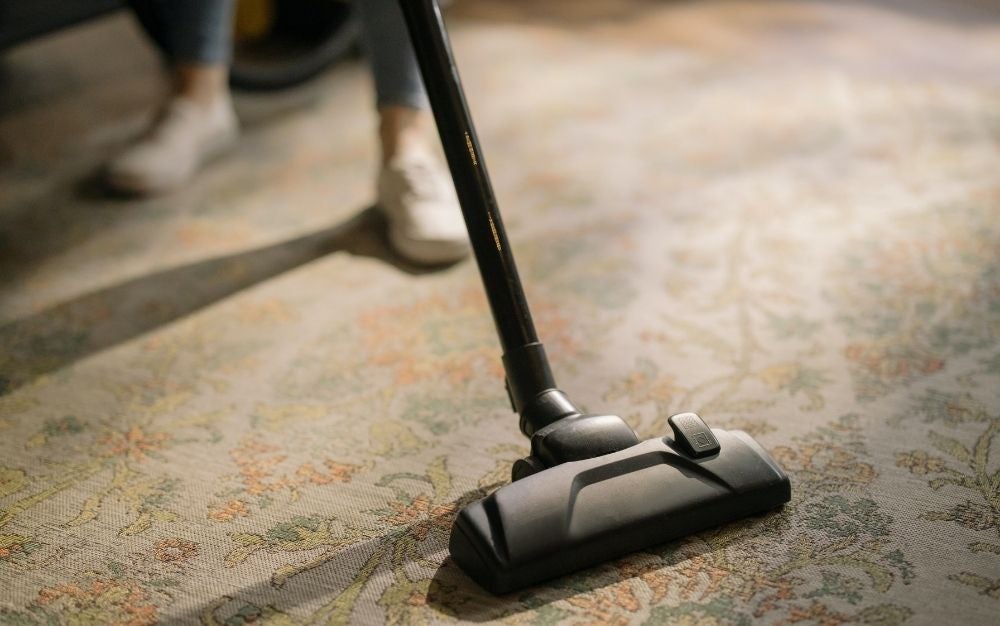 My son lives with his father and stepmom. She has access to his bank account — and has a history of embezzlement. How can I get him out of there? – News Opener
13 mins ago

Many small businesses reliant on personalized online ads are cutting back on marketing spend due to Apple's ATT, as they face spiking customer acquisition costs (Patrick McGee/Financial Times) – News Opener
21 mins ago