The social media app BeReal, which pings all of its users at a certain time of day with a two-minute warning to take a front and back-facing photo, has taken off. As of Monday, it is No. 2 on Apple’s top chart for free apps.

After seeing BeReal’s skyrocketing popularity, both TikTok and Instagram countered with copycat features on their own apps.

The BeReal app has also inspired a raft of memes and instantly-viral internet moments on other platforms.

BeReal is a social media app, available on Apple and Google Play. It allows users to post one photo per day at a prescribed time that changes each day (which the company says is not random, but how it is chosen is a “secret”) — and view photos their friends have posted.

The result is a feed full of ordinary stuff: work-from-home selfies, spin class views, or pictures of feet propped up on the dinner table. It has two options, “My Friends,” and “Discover.” The latter has BeReal’s from people anywhere, and the former features your friend’s photos. You can also view your own past BeReal’s at “My Memories.”

The app is the tech world’s latest attempt to dress down social media. Clubhouse turned social media into an audio conversation, (however fleetingly) and Snapchat presented itself as a more intimate connection venue between friends. Now, BeReal is prioritizing “the moment.”

A recipe for viral moments

The unexpectedness of the app, and its very meme-able name, have inspired a host of content on other social media platforms. One person even seemed to catch a BeReal as the Queen of England’s funeral procession went by:

Tiktok introduced “TikTok Now” in September, per The Verge, and Instagram launched “Dual,” which allows people to take front and back camera photos, in July.

in an apparent attempt to copy the popular app BeReal, Instagram is rolling out its own feature (called ‘Dual’) to take disappearing photos using the front and back cameras simultaneously

Instagram is reportedly also working on something very similar to the time-photo feature called “IG Candid.”

“This is an internal prototype, and not something we’re testing externally,” a Meta spokesperson said via email. TikTok did not immediately respond to a request for comment.

The app has brought in about 56 million downloads in 2022 so far, according to the Washington Post and Apptopia, which estimates app downloads. It was the most downloaded app for August in the world per Apptopia’s metrics, the outlet added.

It has over 10 million active daily users and fewer than 30 employees, according to its Greenhouse page.

And, unlike competitors, BeReal is apparently considering adding more paid features instead of advertisements, TechCrunch reported.

Where did BeReal come from?

BeReal was founded in January 2020 by France-based, Alexis Barreyat “in response to a feeling that current social apps are doing everything else but connecting us with our friends and family,” according to a fact sheet the company provided in lieu of comment. Prior to founding the company, Barreyat worked at GoPro.

The app has raised $30 million in a Series A Round led by noted VC firm Andreessen Horowitz, among others.

The company’s tone is also fairly casual. When it seemed to have some technical issues last Wednesday, the company Tweeted, “yup, we’re on it,” and followed up with “all good now ;).”

BeReal’s description on the App Store is also frank: “If you want to become an influencer you can stay on TikTok and Instagram.” 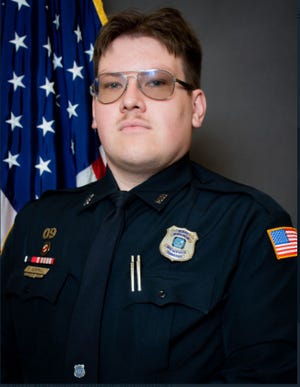