The prospect of a has been an ongoing debate in Australian politics, but the Labor government is set to put forward its legislation on Wednesday.
On Tuesday, Attorney-General Mark Dreyfus confirmed the Labor Caucus had approved the proposed legislation to establish a “powerful, transparent and independent National Anti-Corruption Commission” (NACC).
Following introduction of the bill, the government will propose the establishment of a Joint Select Committee to examine its provisions and report to the parliament
Earlier in the week, Opposition leader Peter Dutton indicated he would support an integrity commission but remains cautious about the potential for public hearings turning into ‘show trials’.
The Oxford dictionary defines a show trial as “a judicial trial held in public with the intention of influencing or satisfying public opinion, rather than of ensuring justice”.

Here’s what you need to know about the debate over Australia’s long-awaited federal anti-corruption commission.

What is an anti-corruption commission and why doesn’t Australia have one federally?

An anti-corruption commission is designed to uncover corruption, guide the conduct of public officials, and ensure members of government are held to account.

Every Australian state and territory has an individual anti-corruption agency, but Australia does not have one operating at a federal level.

Former prime minister Scott Morrison promised to introduce a federal anti-corruption body ahead of the 2019 election.
In 2021, the Coalition proposed a public sector commission that would not be able to host public hearings, investigate tip-offs from the public or issue public findings.
Ahead of the 2022 federal election, the Labor Party promised it would introduce a stronger model by the end of the year if elected, with politicians being subject to public hearings and the agency able to act on tip-offs.

In August, Mr Dreyfus said he hoped a bill to establish the commission would be put forward in the next sitting fortnight.

Clancy Moore, Chief Executive Officer at Transparency International Australia, described a federal anti-corruption as an important step to addressing transparency and accountability.
“We know that corruption and allegations of corruption in our politics weakens democracy and has been eroding people’s trust and faith in the Australian federal parliament for many years as well,” he said.
“It’s a key reform and it’s well overdue; I think it has been delayed probably due to lack of political will over the years.”

“Recent polling shows about 88 per cent of Australians want the federal anti-corruption commission so it’s well overdue, and it’s an important reform.”

What is the case for public hearings?

Mr Moore said it was important for the National Anti-Corruption Commission to have the power to hold both private and public hearings, and develop reports for the public.

He pointed to several state anti-corruption commissions, which usually hold private hearings apart from instances wherein a case passes a ‘public interest test’, which would then lead to a public hearing.

“Public hearings are essential, particularly if it’s in the public interest … it demonstrates the seriousness of corruption in our federal politics, it’s also transparent, which means the public is informed about what took place and the workings of the national anti-corruption commission,” Mr Moore said.
“The need to have those public hearings in a transparent and open way is really important because it builds faith from the public in the workings of the national anti-corruption commission, and actually can act as a deterrent as well, if people who are potentially acting in corrupt manners know that there could be public hearings in the future as well.’
In recent years, several figures have been subjected to public hearings in different jurisdictions in Australia, such as former NSW premier Gladys Berejiklian, who faced the NSW Independent Commission Against Corruption (ICAC)

What is the case against public hearings?

While proponents of public hearings say they are an important means of transparency, critics have expressed concerns that they could damage reputations and compromise privacy and confidentiality.
Mr Dreyfus echoed some of these concerns when speaking to media on Tuesday.
“We think public hearings should be exceptional and we think that the commission should be required to determine that it is in the public interest that a hearing be in public,” he said.
“Public hearings, as we have seen, are more difficult to conduct.
“They raise questions about reputational harm, which are not faced when you hold private hearings, and that is why most of these commissions’ work has been done in private. We would expect the same to occur with this new Commonwealth agency.”
Mr Morrison previously criticised public hearings and the model of the NSW ICAC, describing it as a “kangaroo court”.
The term “kangaroo court” is often used to describe an ad hoc court that has limited power and does not follow normal legal procedures.
“I’m not going to allow that sort of a process, which seeks to publicly humiliate people on matters that have nothing to do with the issues before such as a commission,” he said in November 2021.
“The Australian people know that Gladys Berejiklian was done over by a bad process and an abuse.”
NSW ICAC commissioner Stephen Rushton hit back, labelling as
This week, Opposition leader Peter Dutton told ABC’s Four Corners program he expected to support the government’s bill, but warned against ‘show trials’.
“I don’t want people’s lives destroyed,” he said.
“I’m not interested in something which is titillating for the media, but ultimately not good for democracy in this country.

“I support the integrity commission, we’re working with the government in that regard, and I believe that there’ll be a bill that we can support.”

On Tuesday, Mr Dreyfus announced the government had committed $262 million over four years for the establishment and ongoing operation of the commission.
“This is close to $90 million more than the former government committed,” he said.

“This funding will ensure that the commission has the staff, capabilities and capacity to properly consider referrals and allegations, conduct timely investigations and undertake corruption prevention and education activities.”

The attorney-general said the legislation provides for a Parliamentary Joint Committee for the National Anti-Corruption Commission to regularly review and publicly report on the sufficiency of the commission’s budget, with reports subject to public debate.
Mr Dreyfus said the commission’s principles would be based on broad jurisdiction, independent operations, oversight, retrospective powers, public hearings, findings and procedural fairness.

It will also include strong protections for whistleblowers and exemptions for journalists to protect the identity of their sources, he said.

Key crossbench MPs have promised not to impede the passage of the legislation, but warned they would not rubber stamp the bill.
In a joint letter, the Greens and independent MPs and senators say they want a commission to be set up properly after “good faith” consultations with the government in the preceding months.
Mr Moore said strong proposals around whistleblower protections were a particularly important element to TIA.
“What we’ve seen previously is that when people blow the whistle on corrupt practices, they’re often left to dry and it sends a really chilling effect down the spine of potential whistleblowers as well, so we’re looking for really strong protections for whistleblowers.

“We also want the national anti-corruption commission to be independent, fully funded, have independent oversight, and then have that ability to hold public and private hearings, when they’re in the public interest as well.” 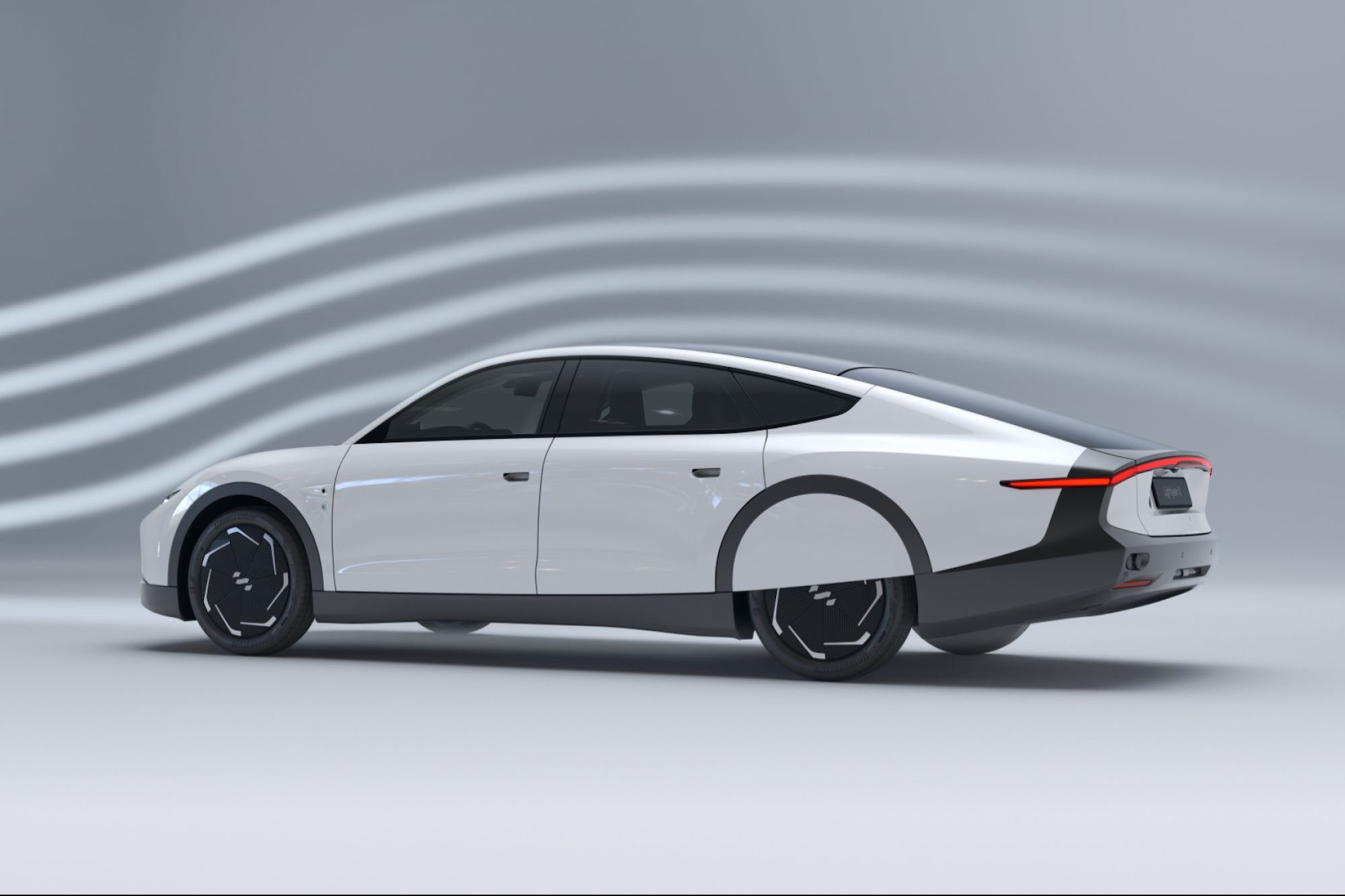 The First Solar-Powered Car Comes at a Hot Price

‘I wanted to resume my transition at all costs.’ Trans Ukrainians uprooted by war struggle to continue treatment | CNN
7 mins ago

‘I wanted to resume my transition at all costs.’ Trans Ukrainians uprooted by war struggle to continue treatment | CNN 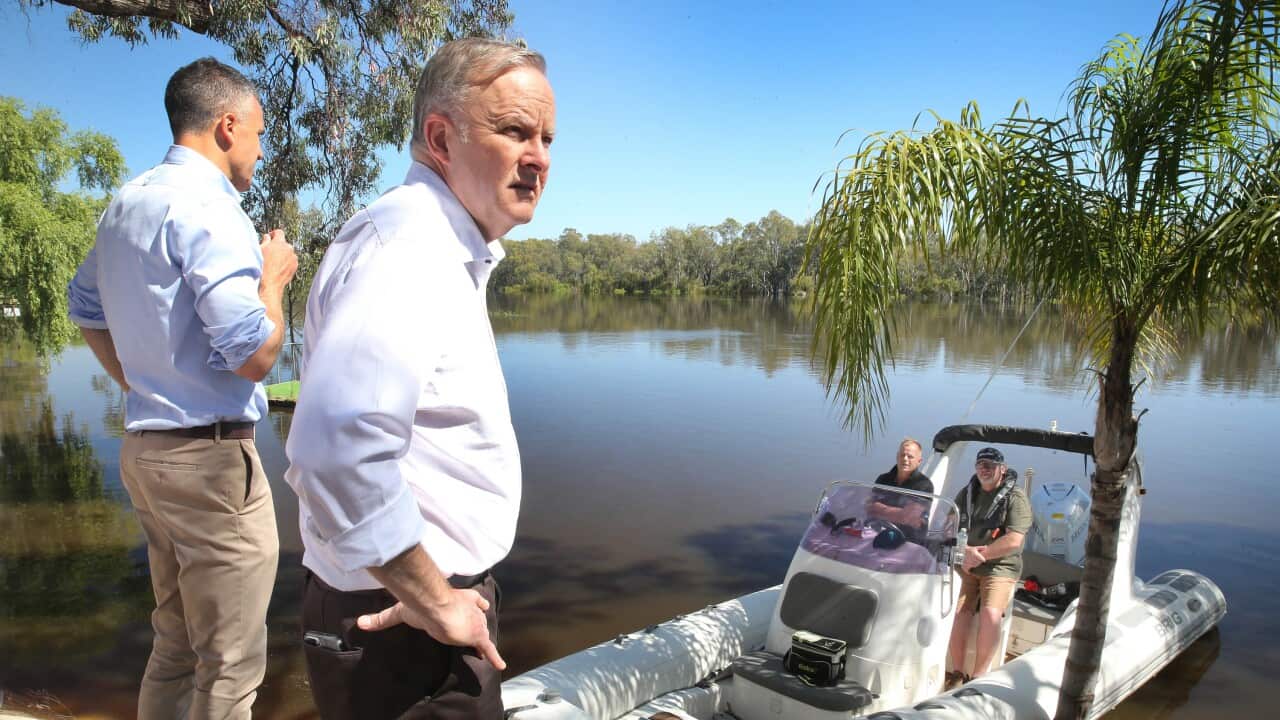 ‘Not a government visit’: Anthony Albanese says he won’t be part of MPs’ trip to Taiwan
8 mins ago

‘Not a government visit’: Anthony Albanese says he won’t be part of MPs’ trip to Taiwan