This story contains allegations of sexual assault and may be distressing to some readers.
Senator Michaelia Cash told a court on Monday she didn’t know about the alleged rape of Brittany Higgins in Parliament House until almost two years after it was said to have occurred.
She said covering up an alleged rape between two staff members in a minister’s office would be “political suicide”.
Senator Cash was appearing before the ACT Supreme Court by video link, as a witness in the trial of Bruce Lehrmann.
Mr Lehrmann, a former Liberal Party staffer, denies the allegation he raped Brittany Higgins at Parliament House. He has pleaded not guilty to a charge of sexual intercourse without consent.

On Monday, Senator Cash denied knowing about the alleged assault until days before Ms Higgins went public in a 2021 television interview.

Earlier in the trial, Brittany Higgins said she had several in-depth conversations with Ms Cash following a media enquiry in October 2019.
Senator Cash said on Monday she knew of this media enquiry but told the court Ms Higgins only informed her of a security incident, not an assault allegation.

“Brittany was embarrassed because it [the media enquiry] was in relation to herself and a security incident,” Senator Cash said.

“They [two staffers] had been out drinking, they were potentially intoxicated, they had gone back into the Minister for Defence Industry’s office… Brittany had fallen asleep on the couch and Brittany was found by security the next day.”
The alleged rape is suggested to have occurred in March 2019, when both Ms Higgins and Mr Lehrmann were employed in then Defence Industry Minister Linda Reynold’s office.

Senator Cash denied a rape allegation in a Ministerial office would be “politically embarrassing.”
“Absolutely not, I don’t understand the political connection to this,” Senator Cash told the court.
“You say it wouldn’t be politically embarrassing if one staff member raped another staff member in a minister’s office?” asked.
“I don’t know how it could be politically embarrassing, it would be something that needed to be addressed,” Senator Cash replied.
When Mr Lehrmann’s defence lawyer Steven Whybrow suggested it would be “political suicide” for a government to try to cover up a sexual assault allegation, Senator Cash agreed.
“Hence my confusion with the previous line of questioning,” she said.
Under cross-examination, Senator Cash said she found out about the rape allegation in a February 2021 phone call with Brittany Higgins.
She said she told Ms Higgins she would support her “every step of the way” if she chose to speak to the police.
If allegations set out in this story raise issues for you, or you or someone you know needs support – you can seek 24 hour help through 1800RESPECT on 1800 737 732 or visit . In an emergency, call 000.
Source link 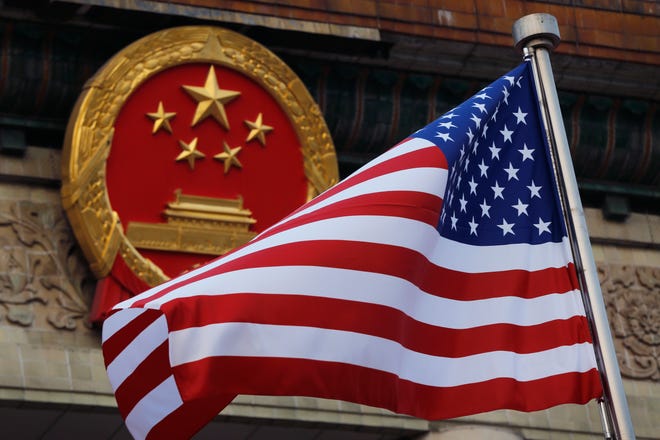 What should Biden do about Chinese spy balloon?
14 seconds ago

Gloves off: Conservatives fight the NHL in a culture war clash
1 min ago

A look at T2, a Twitter alternative founded by a former employee of Google's Area 120 to offer a "2007 Twitter" vibe that Musk's platform no longer supplies (Steven Levy/Wired) – News Opener
8 mins ago

What happens when COVID-19 emergency declaration ends? Get ready for big changes to your health coverage and medical costs – News Opener
10 mins ago