The family of four was on the shore at Blind Beach near Jenner, California, when a wave knocked them all into the ocean Sunday afternoon, authorities said. The father drowned and his two children are still missing.

“They were down looking at the water, the kids were playing, and a sneaker wave came up and got all four of them,” Monte Rio Fire Chief Steve Baxman told CNN affiliate KGO. “(The mother) was knocked down, but she wasn’t in deep enough. She was able to get out.”
Sneaker waves earned their name because they often appear without warning after periods of quiet surf and smaller waves, according to the National Weather Service. They have caused numerous deaths on the West Coast.

“Sneaker waves are deadly, larger-than-average swells that can suddenly and without warning surge dozens of feet higher up the beach than expected,” according to the National Weather Service.

The man who drowned was identified as 40-year-old Michael Wyman of Petaluma, the sheriff’s office wrote in a Facebook post.

“We send our condolences to his family during this terrible time,” the sheriff’s office wrote.

When Baxman and the fire department arrived at the beach, he saw rescuers from the California Department of Parks and Recreation trying to resuscitate Wyman, he told KGO.

“Apparently a bunch of people formed a daisy chain holding each other and drug him in,” Baxman said.

The man was pronounced dead on the beach, he said.

“The hardest thing is they pronounced him dead, we were all looking to see if we could find the kids and all of a sudden a piece of clothing washed in and washed back out again,” Baxman said, “and that made everybody realize there was still someone out there.”

His wife sat on a rock, and “she was crying and saying ‘where’s the kids?'” Baxman said.

CNN reached out to the fire department but has not heard back.

“We are doing our best to find them to bring closure to the family,” the sheriff’s office wrote on Facebook. “Please do not go out to the beach to look for the kids. It’s very dangerous and we don’t want to have any more drowning victims.” 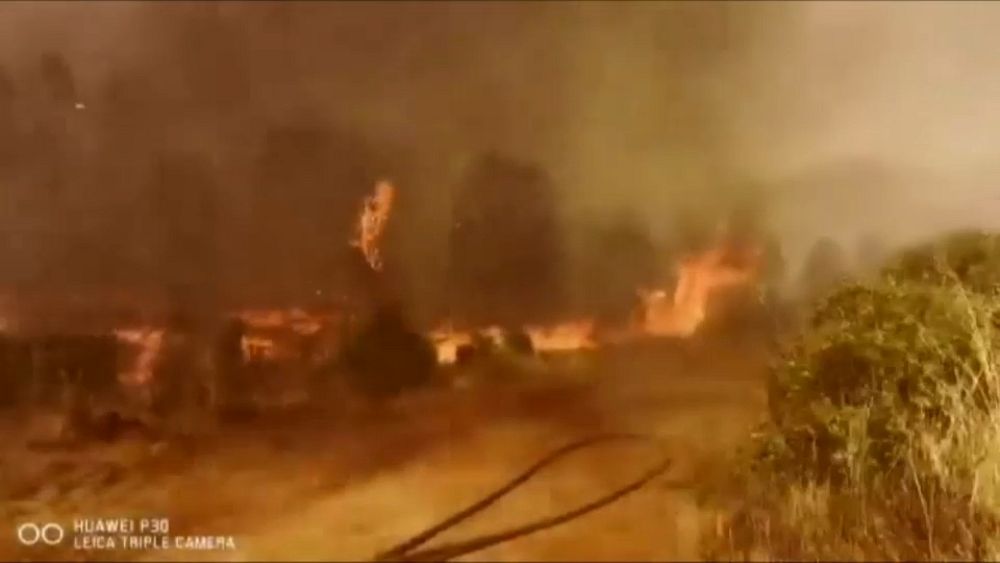