The most obvious thing about the Polestar 2 is that it’s not obvious. To anyone. You’d think that an electric car no one’s seen before from a brand that almost no one’s heard of might elicit some curiosity on the part of the general public. But no. Not in grocery store parking lots. Not at stoplights. Not anywhere. The 2 we drove for 10 days blended in with the horde of chunky SUVs clogging our roads just like any Toyota, Ford, or Honda. This is probably not the reaction that Polestar CEO Thomas Ingenlath was expecting when he touted the new car’s minimalistic Scandinavian design at its global reveal some 18 months ago.

Polestar, Volvo’s former AMG-like hot-rod division, has pivoted to electric-vehicle manufacturing. The all-electric 2 follows the stunning limited-run Polestar 1 plug-in hybrid, and it is thoughtfully engineered, well crafted, fun to drive, and lovely to be in. Unfortunately, its anonymous looks don’t promise any of that; you have to climb aboard and use it to appreciate its quiet gifts.

We did exactly that with a preproduction launch-edition model. In a move similar to Tesla marketing strategy, Polestar will initially sell only the high-priced heavily equipped version of its new car. A more basic model will follow. The 2 goes on sale in September, with the company taking orders over the internet. A handful of dealers, or “Polestar Spaces,” located in major U.S. cities will manage delivery and service of the cars. (At the time of publishing, only a few exist.)

All launch-edition 2s will be powered by two motors—one front, one mid-mounted—that together produce 408 horsepower and 487 pound-feet of torque. They’re juiced by a 78.0-kWh battery pack located below the cabin floor. The company claims you can recharge a dead battery to 80 percent in 40 minutes at a public fast charger. It predicts an EPA-estimated range “approaching the middle 200s,” which is about mid-pack for today’s EVs and far short of the best—the Tesla Model S Long Range Plus, which can go 402 miles on a charge.

LOWS: You must open the hood to adjust the dampers, nondescript styling that doesn’t conform to SUV or sedan canon.

The 2’s standard interior adheres to the car’s environmentally friendly mission. It’s vegan—meaning no animal products were used in producing it—though leather is an option. Launch-edition equipment includes a glass roof, an extensive suite of active-safety gear, and a variety of niceties ranging from a Harman/Kardon audio system to a phone-as-a-key app to heated wiper blades. Priced at $61,200, the 2 costs several thousand dollars more than our well-optioned long-term Tesla Model 3 Long Range test car. Polestar isn’t shy about targeting the Model 3 as the 2’s direct competition. And unlike the Model 3, the 2 is still eligible for the full $7500 federal tax credit.

The 2 is roughly the size of a Ford Escape—except in height, where it sits eight inches lower. As a result, it looks like it can’t make up its mind about whether it wants to be a squat four-door SUV or a taller-than-average fastback sedan. But if you can get past the awkward generic sheetmetal, the experience inside is altogether different: It’s a designer interior that’s both simple and simply gorgeous. And did we mention it’s vegan? Polestar’s WeaveTech—a handsome basketweave cloth partially made of recycled materials—covers much of the cabin, including a swath across the instrument panel. Other rich-looking textiles inspired by techy athletic wear are used as well. The cabin is decently roomy, too. Four six-footers can ride comfortably.

The designer’s touch can be seen throughout: in the delicate HVAC vents, in the sculpted shifter, in the intriguing interior materials, in the low-gloss black ash veneer trim on the dash and center console. There are few buttons or switches; most functions are handled through the central 11.2-inch touchscreen dominating the dashboard. Driver info is delivered via a 12.3-inch instrument-cluster screen. The interior looks decluttered, as if Marie Kondo had gone through it before production started. And if you can’t tell, it brings us joy.

That same desire for simple, low-stress design solutions led Polestar to collaborate with Google on the 2’s infotainment system. The 2 is the first car to use Google’s Android Automotive operating system, which provides ready access to Google Maps, the Google Assistant, and the Google Play Store. The car’s touchscreen operates just like a phone’s, and the Polestar system can operate independently of your phone if you want it to. You’ll have to set it up with a separate Google account in order to make that happen, though. (Our test car didn’t have its own account.) Alternatively, you can connect to your existing Google account through either the car’s touchscreen or your smartphone. Polestar says the 2’s system is compatible with iPhones as well as Android-powered devices.

Google’s natural-voice recognition capability worked as faultlessly in the 2 as it does on a phone: When we asked Google for nearby charging stations, it responded instantly with a map dotted with places to re-juice. The interface is simple and intuitive to operate, with crisp, easily readable graphics. And as with your phone, the system accepts over-the-air updates, both for the Android Automotive OS and the car’s other software needs.

Thankfully, the 2 is more than a just a cellphone on wheels. Polestar has made it equally intuitive to drive. As in a Tesla, you just plunk down into the driver’s seat and go; there’s no start button. Like other powerful EVs, it’s quick, ripping to 60 mph in just 4.1 seconds. (Our long-term Model 3 does that sprint in 4.0 seconds, at least since we updated it earlier this year.) And the deep well of torque available at the slightest flex of your right foot makes the 2 feel even quicker than it is.

Athletic as Well as Quick

The powertrain splits the motor’s torque between the axles based on available traction. There are three levels of regenerative braking, the strongest of which will bring the car to a stop when you lift off the accelerator, enabling comfortable one-pedal driving. The car steers crisply—though without a shred of feedback—and circulated our skidpad with 0.90 g of grip. The Brembos are firm and responsive, bringing the 2 to halt from 70 mph in a sports-sedan-like 157 feet. The 2 is equally confident attacking squirmy two-lanes or arrowing down interstates in a way that puts us in mind of the impressive Mercedes-AMG GLC43 Coupe. With the Öhlins in their middle setting, the ride was firm but not brutal. However, the fact that you have to get out of the car to adjust those dampers is preposterous for a luxury performance vehicle. Other manufacturers handle that electronically from the cockpit.

What’s more, the 2 might be even better without the Öhlins, in base-suspension form. We were able to sample a second 2 without the Performance package and found that it loses little of its sporty personality yet rides better. It’ll also likely have a touch longer driving range on its standard all-season rubber.

Which brings us to the inevitable EV question: How far will it go? The official EPA range isn’t out yet, but we do have an indication of what to expect after putting one through our real-world highway-range test. The 2’s 190-mile result puts it in league with everything from Audi e-trons to Chevy Bolts but behind the last Tesla Model 3 Long Range we tested, which hung tough for 230 miles against an EPA rating of 310 miles.

The 2’s range might not set any new bars, nor will its styling draw envious glances, but we like Polestar’s approach of maximum minimalism nonetheless. The Polestar 2’s clean interior design, athletic driving demeanor, and intuitive infotainment system make for a chill EV that’s low stress to operate and easy to live with. Polestar’s second car might not shout “Look at me!” but it definitely deserves to be noticed. 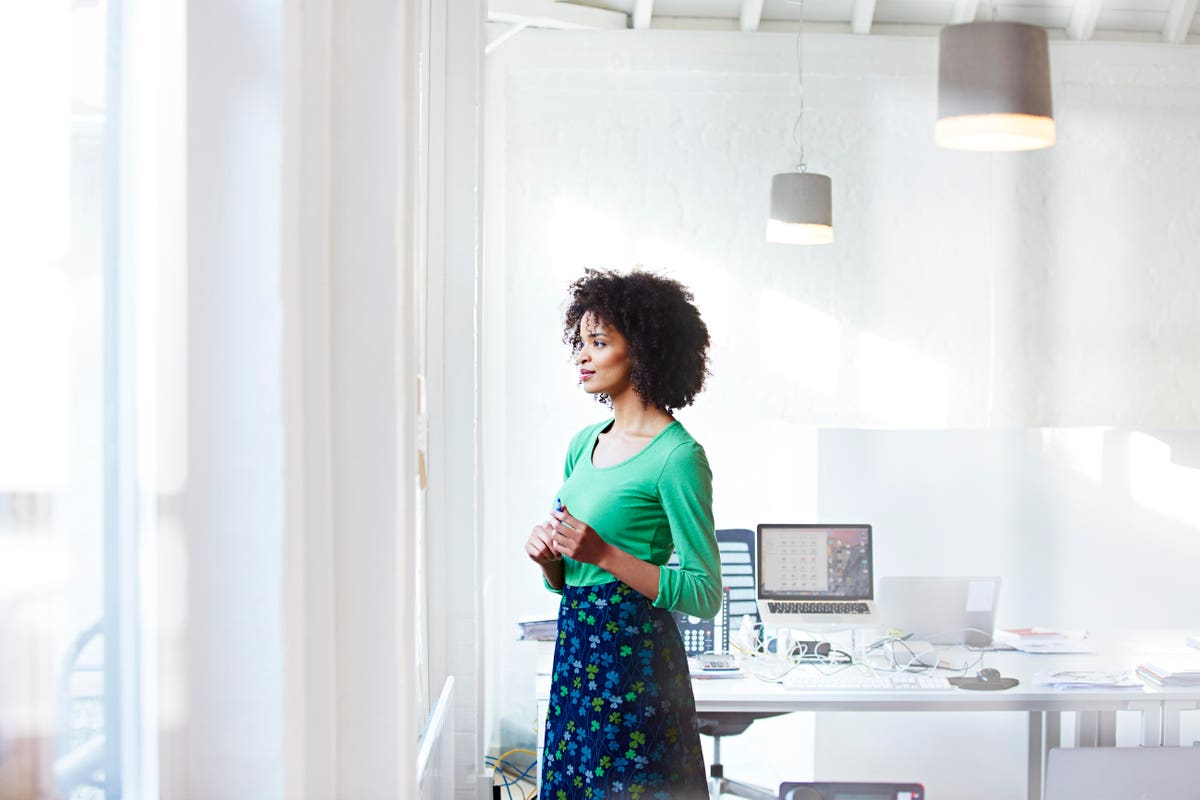 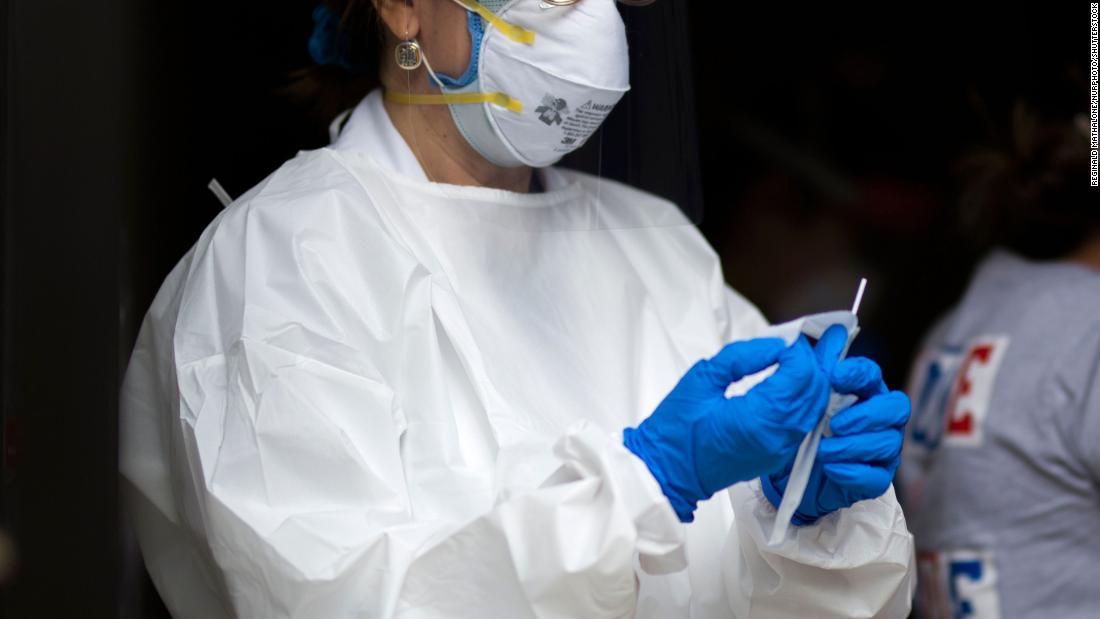 The US could see 200,000 Covid-19 cases a day within the next six weeks, former CDC director says
5 mins ago

The US could see 200,000 Covid-19 cases a day within the next six weeks, former CDC director says 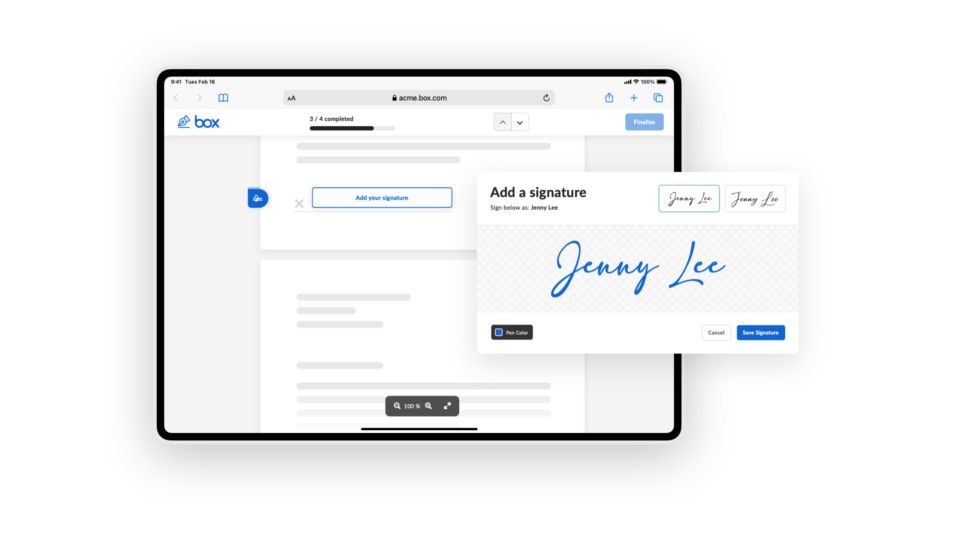 Box Sign wants to make e-signatures easier than ever 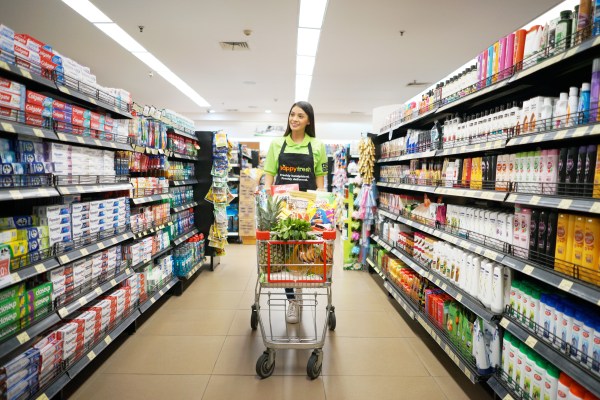