The NBA’s offseason will be moving at a lightning speed this time around as the league has to fit the draft, free agency, training camp and the preseason all before the regular season tips off on Dec. 22. The NBA Draft is finally here, with free agency starting two days after on Nov. 20. While the free agency market won’t be as robust this offseason as teams prepare for bigger names to become available in 2021, the trade market is expected to be incredibly active.

Now that the transaction moratorium has lifted around the league, trades can now be made official, and teams are starting to deal players and picks to better position themselves for the upcoming season. Here are the latest trades that have been reported around the league.

Celtics trade Vincent Poirier to Thunder for a second-round pick

The Celtics are facing a roster crunch. Even after trading the No. 30 overall pick and seeing Gordon Hayward opt-out of his contract, all 15 of their roster spots were accounted for. To create a bit of extra room to work with this offseason, they announced a trade sending backup center Vincent Poirier to the Oklahoma City Thunder Thursday for a conditional (likely top-55 protected) second-round pick. The move means little in basketball terms, but it creates another roster spot for the Celtics to use in free agency.

The Warriors had a rare opportunity to add veteran talent thanks to a $17.2 million trade exception generated by dealing Andre Iguodala to Memphis last summer. Now, they are using it to absorb the $14.4 million contract of Kelly Oubre Jr. from the Oklahoma City Thunder, according to ESPN’s Adrian Wojnarowski. Final terms on the deal are not yet known, but regardless of the exact structure, the Warriors will pay a hefty tax burden to take on Oubre. With Klay Thompson out for the year, though, they’ll need all the help they can get.

The Jazz are shedding a bit of salary according to ESPN’s Adrian Wojnarowski. Ed Davis, who is owed around $5 million, is headed to the New York Knicks along with two second-round picks. The move helps the Jazz create room below the luxury tax line to possibly re-sign Jordan Clarkson and pursue a free agent with the non-taxpayer mid-level exception. The Knicks, on the other hand, are finally using their cap space to accumulate assets as many argued they should have in 2019.

The Pistons continue to wheel and deal under new GM Troy Weaver. This time, they added a serviceable big man in Dewayne Dedmon in exchange for forward Tony Snell and guard Khyri Thomas, according to ESPN’s Adrian Wojnarowski. Dedmon provides the Pistons with some insurance at the center spot should the team ultimately lose Christian Wood in free agency. Atlanta continues to try to build into a contender in the Eastern Conference, and Snell and Thomas could prove to be rotation pieces for them.

Jazz trade Tony Bradley and No. 38 pick to Pistons for future considerations

The Pistons have made a number of moves in Troy Weaver’s first draft as Detroit’s GM and they have added another big man to the fold by acquiring Tony Bradley from the Utah Jazz as well as the rights to the No. 38 overall pick in the 2020 NBA Draft, per ESPN’s Adrian Wojnarowski. Bradley will provide the Pistons with depth in the frontcourt as a serviceable big man who can provide minutes off of the bench.

The Sixers are trading veteran forward Al Horford along with a protected 2025 first-round pick, the 34th overall pick in the 2020 draft and the rights to Serbian guard Vasilije Micic to the Oklahoma City Thunder for veteran guard Danny Green. Micic, 26, is considered one of Europe’s top point guards. The Thunder will also send Terrance Ferguson to the Sixers as part of the deal. Horford has three years remaining on the four-year, $109 million deal that he signed with the Sixers last offseason, while Green has one year remaining on his current contract and is set for unrestricted free agency at the end of the 2020-21 season.

New York acquired a higher pick in the first around to go along with its No. 8 overall pick in Wednesday’s draft, the team announced. The Jazz have also sent the draft rights of 2008 second-round pick Ante Tomic, who isn’t expected to play in the NBA. It’s unclear what New York’s plan is for its newly acquired pick in the draft, perhaps it could be part of a larger trade package prior or during Wednesday night’s draft.

Bogdan Bogdanovic, 28, will join the Bucks on a new contract, the terms of which have yet to be reported. Milwaukee will also receive wing Justin James in the deal.

With this move and the Jrue Holiday deal announced earlier, the Bucks have made their big splash. Bogdanovic has seemed like a logical target since they elected not to re-sign Malcolm Brogdon last summer, as he brings an appealing combination of shooting and playmaking to a roster in need of both. Milwaukee was short on creators even when it had Brogdon, and Bogdanovic will add some juice to an offense that was nearly unstoppable in the regular season but could get stagnant come playoff time.

Jrue Holiday, 30, is one of the league’s best defenders and one of the top players on the trade market. He is one of the few guards in the league who does not represent a downgrade from Eric Bledsoe when it comes to perimeter defense, and his size makes him more versatile. More importantly, Holiday is a massive upgrade on the other end of the court. For two straight seasons, Milwaukee’s dominant regular-season offense has looked stilted and predictable against elite playoff defenses. It needed more playmaking, and Holiday provides just that, while only strengthening its defense-first identity. Last season, he averaged 19.1 points, 6.7 assists and 4.8 rebounds for the Pelicans.

Hill was one of the league’s better reserves last season, and the Bucks have sacrificed some depth in trading two rotation players for one. That is a problem for the front office to solve as the offseason moves forward, as is the need for more shooting. Holiday is a decent but not great spot-up shooter, which is par for the course on this Milwaukee roster. Hill was an exception to that — he made an extraordinary 46 percent of his threes last season.

Robert Covington will be a welcome addition for the Blazers, who lacked wing depth all of last season after the departure of Al-Farouq Aminu and Moe Harkless. The prototypical modern NBA 3-and-D wing, the 6-7 Covington is a 36 percent career 3-point shooter who should be able to space the floor for Damian Lillard and CJ McCollum in a Portland offense that finished third in efficiency last season at 113.2 points per 100 possessions.

The Rockets reacquire Ariza, who averaged 12.2 points, 5.1 rebounds and 1.8 steals while shooting 36 percent from the 3-point arc in four seasons with Houston from 2014-2018. Ariza might not want to look into Houston real estate just yet, however. If the Rockets are truly committing to a rebuild, he’s a strong candidate to be flipped to a contender given his championship experience.

Phoenix has positioned itself as a team that could fight for playoff positioning next season after acquiring Chris Paul from the Thunder in exchange for Kelly Oubre Jr., Ricky Rubio, Ty Jerome and Jalen Lecque, per The Athletic’s Shams Charania. Paul will be reunited with head coach Monty Williams, who coached him in his early days with New Orleans. The veteran guard will provide the Suns with leadership they desperately needed. With Paul installed as the starting point guard, it will take some of the offensive load off Devin Booker, who may finally be able to realize his full potential under Paul’s guidance.

For the Thunder, this is the second trade the franchise has executed so far in the offseason, but this time, the return of Oubre, Rubio, Jerome and Lecque gives them young pieces for the future.

Lakers to trade Green, 2020 first-round pick to Thunder for Schroder

After being crowned champions inside the NBA bubble, the Lakers are already making moves to ensure they can defend their crown for the 2020-21 season. According to ESPN’s Adrian Wojnarowski, Los Angeles is sending Danny Green and the 28th overall pick in the 2020 NBA Draft for Dennis Schroder. The veteran guard gives L.A. another player who can create for himself, which should help strengthen the bench when LeBron James and Anthony Davis need a rest. It also shores up the Lakers backcourt if they don’t re-sign Rajon Rondo, who reportedly opted out of his $2.6 million player option for next season, making him an unrestricted free agent. Schroder’s deal expires after this upcoming season, so it also allows L.A. to be flexible for 2021.

For the Thunder, moving Schroder signals that this team is going full rebuild heading into the 2020-21 season. Getting back a first-round pick just adds to the stockpile of draft selections that OKC has accumulated over the last two years, and the Thunder can now also flip Green to a different contending team for another draft pick, or perhaps a young prospect.

The Nets reportedly like the defensive toughness that Bruce Brown can bring to their squad, while the Pistons will be getting Dzanan Musa, who was selected 29th overall in the 2018 NBA Draft, per Wojnarowski. Musa never found his footing in the Nets organization, but will get more opportunity to prove himself with a Detroit team that is in the process of a rebuild.

This chart shows how far we’ve come in fighting cancer 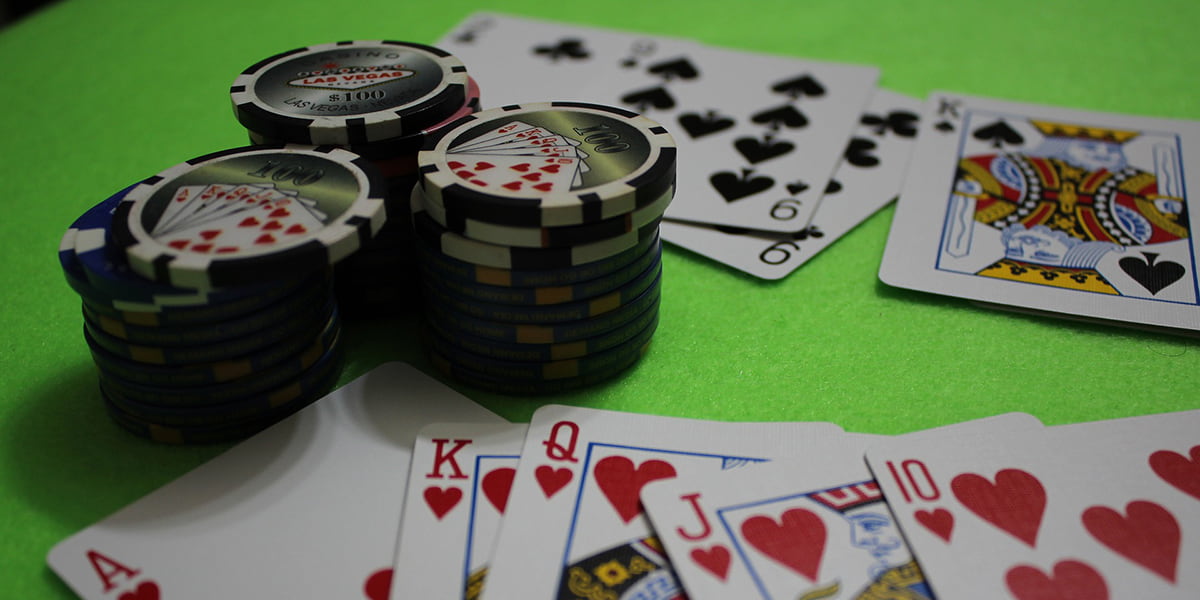 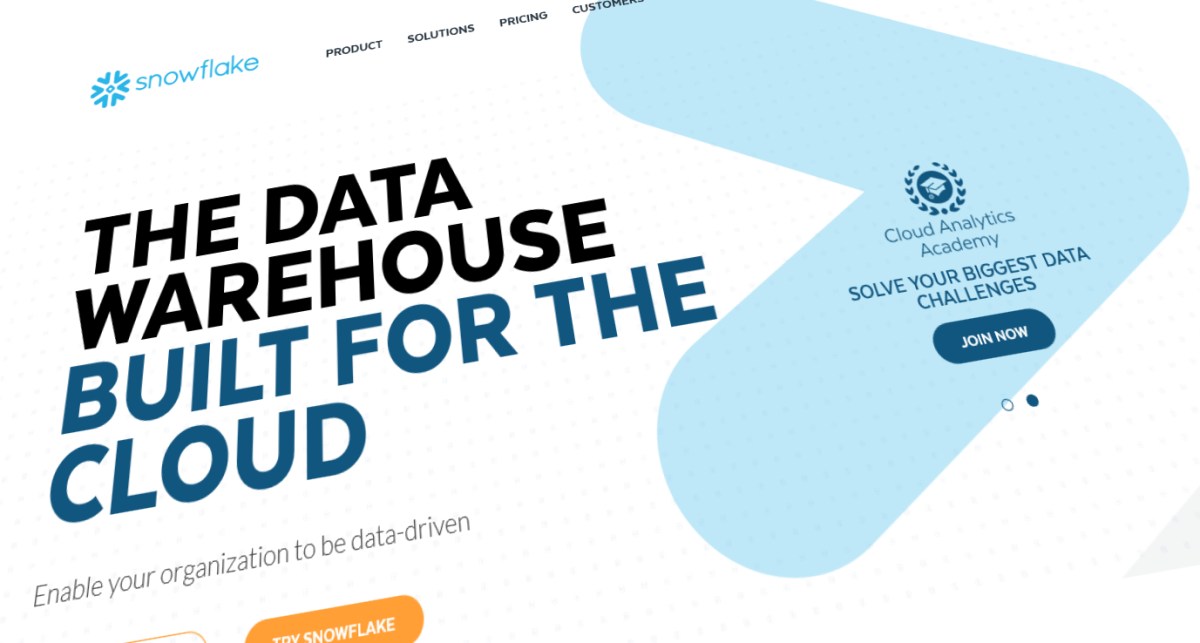 My mother wants to leave her home to her three grandchildren. I have one child. My sister has two kids. Is that fair?
16 mins ago