Welcome back to the NBA Star Index — a weekly gauge of the players who are most controlling the buzz around the league. Reminder: Inclusion on this list isn’t necessarily a good thing. It simply means that you’re capturing the NBA world’s attention. Also, this is not a ranking. The players listed are in no particular order as it pertains to the buzz they’re generating. This column will run every week through the end of the regular season.

The Nets messed up not fouling Sexton when they were up three with five seconds to play in overtime. Kyrie Irving, who was making his first appearance since James Harden joined the Nets, was draped on him and had every chance to make contact with Sexton before he went into his shooting motion and keep him from attempting the potential tying shot. But Irving let him get it off, and Sexton banged it.

From that point forward, Sexton torched Kyrie and the Nets to the tune of 20 straight overtime points. All told, Sexton finished with a career-high 42 points on 16 of 29 from the field, including 5 of 11 from 3, to go with five boards, five assists and two steals. Sexton is averaging 27 points a night on 53 percent shooting, including 50 percent from 3 on just under five attempts a game as his breakout season continues.

Embiid is on the short list of early season MVP candidates. In one of the most entertaining games of the season so far, Embiid put up 42 points and 10 rebounds, on 12-of-19 shooting, in the 76ers’ 117-109 win over the Celtics on Wednesday.

Embiid is doing it on both ends, as usual, but the balance he’s found in terms of the different ways he’s attacking is really eye catching. Doc Rivers is putting him in different spots on the floor so defenses can’t settle in on one approach. He’s not just living on the block, but he’s not settling for jumpers either. He’s doing a little bit of everything: deep posts, the occasional 3, midrange jumpers as defenders retreat, and his face-up game is a big weapon with his ability to put the ball on the floor.

One thing Philly is doing a lot that I like is something of an inverted post-up, where essentially the passer gets downhill and delivers what is effectively a post entry pass back to the top where Embiid has a mismatch after a pick-and-roll switch. From there, Embiid puts his backside into the smaller defender and plays back-to-the-basket bully ball from the outside in.

Another nice wrinkle that we’ve seen before from Philly and will likely continue to see: The low pick-and-roll with Ben Simmons and Embiid. Whereas most pick-and-rolls you see happen away from the basket, Simmons and Embiid occupy the same areas down low and will, on occasion, pull out this typically spaced action in phone-booth quarters.

That really works because when the pick is set high, Simmons isn’t a threat to come off as a shooter. But when Embiid sets the pick low, Simmons can easily come off for a short jump hook and thus has to be honored. That leaves Embiid with a one-on-one seal at point-blank range for a bucket against whoever is guarding Simmons, which is almost always going to be someone way too small to handle Embiid that close to the basket.

Irving’s return marked the first time we’ve seen the Brooklyn Big Three, and offensively, it looked pretty great. Irving was aggressive early and often and his first bucket back was his typical work of artistry.

Irving finished with 37 points on 15-of-28 shooting. That’s a lot of shots for a guy who’s been out for a while, but this is likely how it’s going to go: One of Brooklyn’s stars is going to take a scoring backseat most nights as there aren’t enough shots for everyone to get a full plate. On Wednesday, it was James Harden, who still finished with 21 points but took just 14 shots and tallied 12 assists.

Not a half-bad first week with the Nets for Harden, who became the first player in NBA history to record a 30-point triple-double in his debut with a new team, then followed that up with a 34-point, 12-assist showing in his second game as the Nets took out the Bucks in a potential (very early and largely irrelevant) Eastern Conference finals preview.

As mentioned, Harden took the scoring backseat against Cleveland, deciding to instead notch a 21-12-10 triple-double. Harden already looks perfectly comfortable navigating his new star-studded ecosystem, balancing when to attack in isolation and when to keep the ball moving or simply defer and become a floor spacer.

When the Nets have to have a bucket, Harden and Durant playing pick-and-roll feels like the go-to option outside of a straight isolation, and it’s a pretty indefensible option.

Durant’s sensational season continues as he posted — ho-hum — 38 points, 12 rebounds, eight assists and four blocks against the Cavs. Honestly, it looked like he hardly broke a sweat. Scoring is as easy for Durant as it’s always been. It’s just remarkable to watch.

There has never been such a talented scorer in the history of basketball who can, in a strange way, exist in the background of more voluminous, brash attackers. He did it for years with Russell Westbrook. He made the most efficient basketball music in history, all things considered, with Stephen Curry.

With Durant, there never feels like there’s an opportunity cost to his offense. When Harden and/or Kyrie dip into their bag, there’s a palpable feel that their production and usage is coming at the expense of others’ involvement. Durant just kind of hangs out for 40 minutes and you look up and he has 40 points. He puts his foot down when he needs to, but he turns this dynamic of subtle aggression into an art.

“It felt right. It felt perfect. It felt like we belong together,” Durant said of playing alongside Irving and Harden for the first time in an NBA uniform. “It felt like this journey together is going to be fun.”

Curry has the Warriors at a surprising 8-6 mark entering play on Thursday. If the playoffs started today, they’d be the West’s No. 5 seed. After the way the season started with two humiliating blowouts at the hands of Brooklyn and Milwaukee, Golden State is no doubt thrilled to have won eight of its last 12 games.

Curry is in the MVP hunt despite a slow shooting start by his standards (45 percent from the field, 37 percent from three). He’s fifth in the league in scoring, and he’s still doing so with typical efficiency; his 125.1 points per 100 shot attempts puts him in the 97th percentile league-wide, per Cleaning the Glass.

On Monday the Warriors rallied from a 19-point deficit to stun the Lakers, and Curry found his vintage form just in time, scoring eight of his 26 points over the final 3:40, including this nasty step-back dagger over Anthony Davis: 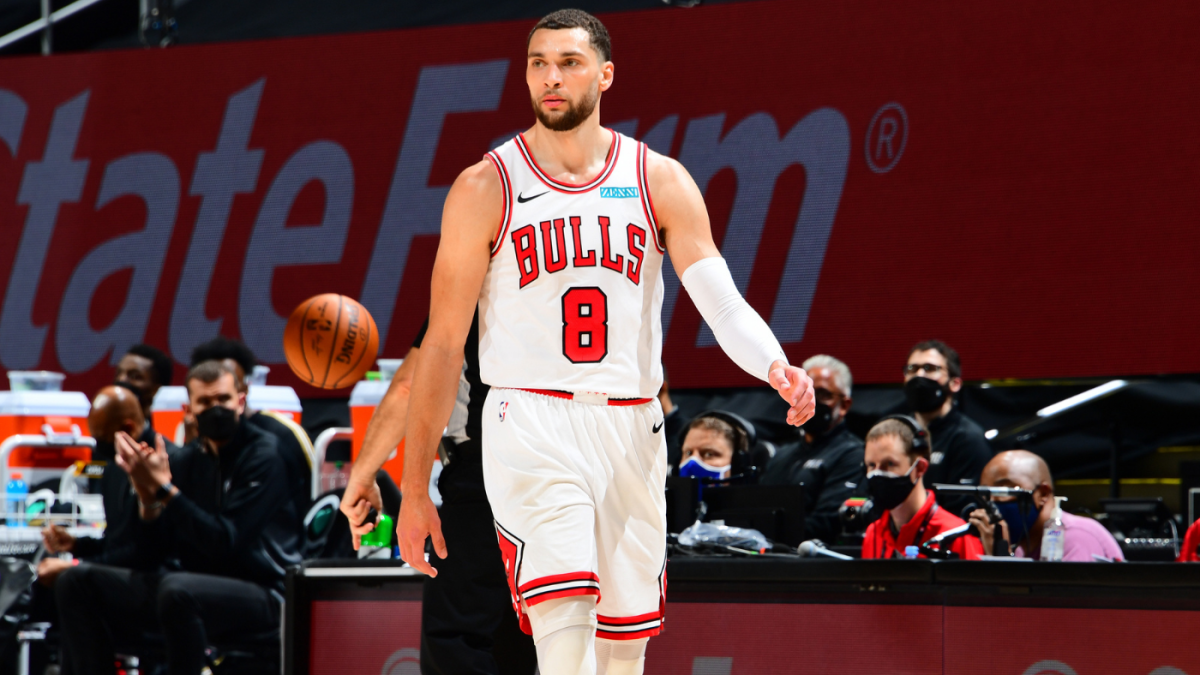