After executing a couple of big draft day trades that completely reshaped their roster, the most noteworthy move that the Philadelphia 76ers made in free agency was adding veteran center Dwight Howard on a one-year deal. Howard projects to serve as Philadelphia’s backup center, behind Joel Embiid.

It’s not often that the addition of a reserve center is headline-worthy, but it’s also not often that the backup center is a future Hall-of-Famer with crazy credentials. Howard is an eight-time All-Star, a five-time All-NBA Fi rst Team member, and a three-time Defensive Player of the Year. He has led the league in rebounding five times, in blocks twice, and he has tallied more than 18,000 points and 13,000 rebounds over the course of his career.

Sure, at 34, Howard is not still the exact same player that he was at the peak of his powers, as he has been slowed by age and injury issues. However, with the Los Angeles Lakers last season he showed that he can still be effective, and productive, on both ends of the floor for stretches, and in turn that he can be a legitimate contributor to a title team.

He won’t be the star of the squad in Philadelphia, but rather a complementary piece, much like he was with the Lakers last season, where he was expected to remain ready to provide energy, rebounding, and rim protection when needed. Howard’s role in L.A. required the former superstar to swallow his pride and put his ego aside, but it ended with him winning his first championship ring. For Howard, the tradeoff was well worth it, and he plans to bring that same selfless approach to Philadelphia. In turn, he hopes to lead by example.

“Winning the championship was everything,” Howard said in his introductory video press conference with the Sixers earlier this week. “It made me realize that I could have the best stats in the world and it don’t mean nothing. Because here it was, I won a championship and there were games where I didn’t score a bucket, or get a field goal, or get minutes.

“What really matters is just holding up that trophy,” Howard added. “So that would be my message to everybody on the team. What are you willing to give up to get that trophy? Sometimes you got to give up everything… For me, I would have loved to be the guy to score all the points and rebounds, but my team needed me for a specific purpose, and that was to provide the spirit and energy on and off the court. I think I did a pretty good job at it, and whatever this team asks me to do, I’m willing to do it.”

As a veteran with newfound champion experience, Howard could prove to be an important addition to a Sixers team that has suffered a few disappointing postseason exits in recent years. When asked what lessons from the Lakers’ title run in Orlando he could bring to the locker room in Philadelphia, Howard quickly pointed to two key factors: unity and focus. If the Sixers can thrive in those two areas, Howard feels like the sky is the limit for his new franchise.

“I think the biggest thing is unity and focus,” Howard said. “We were on the same page every day no matter what it was and that’s where it starts. It starts with unity. It starts with everybody being committed to one common goal, and I feel like me and Danny [Green] witnessed that. We saw how being on the same page, how powerful that is on the court and off the court.

“It’s easy to lose focus in an NBA season… We had to keep our eyes on the prize. I think that if we do that this year, I don’t see nobody stopping us or beating us in a seven-game series. We have the talent. We have the great coaching staff. We have the will. I think we have the championship pedigree to at least get us over the hump in the East, but also win us a championship.”

Howard’s intangibles, like knowledge and experience, could prove very valuable, but he wasn’t brought in to Philadelphia solely for locker room leadership. The Sixers have struggled to find a solid solution behind Embiid at the center spot for the past several seasons. Nerlens Noel held the role for a while, as did Jahlil Okafor, Amir Johnson, and Kyle O’Quinn. The common denominator between all of those options was that the team’s net rating dropped substantially when Embiid was off the floor. In Howard, the Sixers are hoping that they finally have a player capable of positive production, on both ends, when Embiid is out.

While his numbers have dropped dramatically since his peak, Howard’s stats are still solid. He averaged 14 points, 14 rebounds, and 2.2 blocks per 36 minutes last season, while shooting a scorching 72 percent from the field. He’s a reliable finisher around the rim, and a dangerous threat as the roll man in pick-and-roll situations. Howard said that he feels like he can play for another four or five years at a high level, and based on his play from last season, it’s clear that he’s far from washed:

It’s a good thing for Philly that Howard appears to have plenty of gas left in the tank, because there should be ample on-court opportunity for him with the Sixers. Embiid has never appeared in more than 64 games in a season, and he averages right around 30 minutes of action per game. So, even if the Sixers opt for a small-ball lineup at times when Embiid is out — something that is likely given Daryl Morey’s background — there will be a lot of minutes available for Howard over the course of the season. No wonder he’s excited about the opportunity.

“This is where my journey is calling me. To Philly,” Howard said. ” I’m super happy that Doc [Rivers] called me, that he gave me the opportunity, and I told him yes. I told him I would come.

“I think by adding a guy like Danny Green and myself, we’re fresh off winning a championship and it’s like we all know what it takes to really get to the next level. I think it’s a really great opportunity. You got a coach who’s always talking about how important is to win, and you got some players who just won. I think this year, with the focus that this team will have and the drive that we have to be successful, it will be our year.”

At this point in his career, the situation with the Sixers seems to be an ideal opportunity for Howard. Much like in L.A. last season, he won’t be expected to carry the team on his broad shoulders like he was during his heyday in Orlando. but he will still get to contribute – potentially in a big way — to a contender. In Howard, Green, and coach Doc Rivers the Sixers added a plethora of championship experience over the offseason, and while championship experience doesn’t guarantee future titles, it’s a solid start.

Giuliani and Powell pushed election fraud so they could hobnob in DC, Dominion Voting Systems argues in court
2 mins ago

Quarantine hub options offered to Victoria, Queensland and WA after months of calls
4 mins ago

Quarantine hub options offered to Victoria, Queensland and WA after months of calls 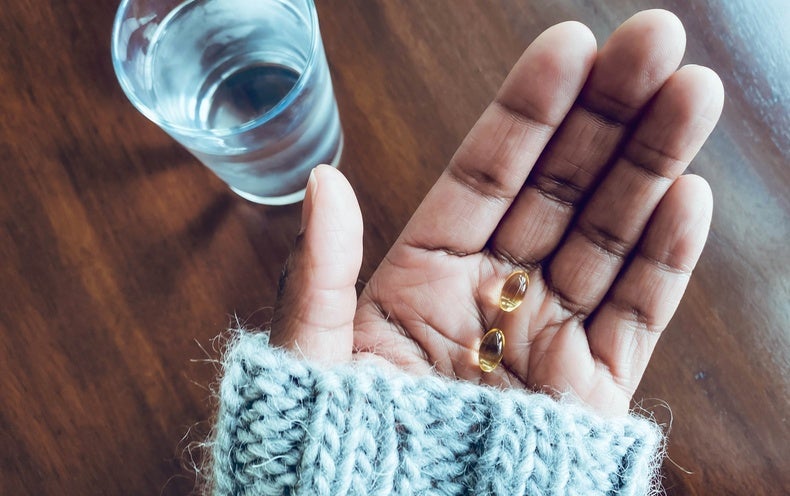 Can Vitamin D Help Protect against COVID?
15 mins ago 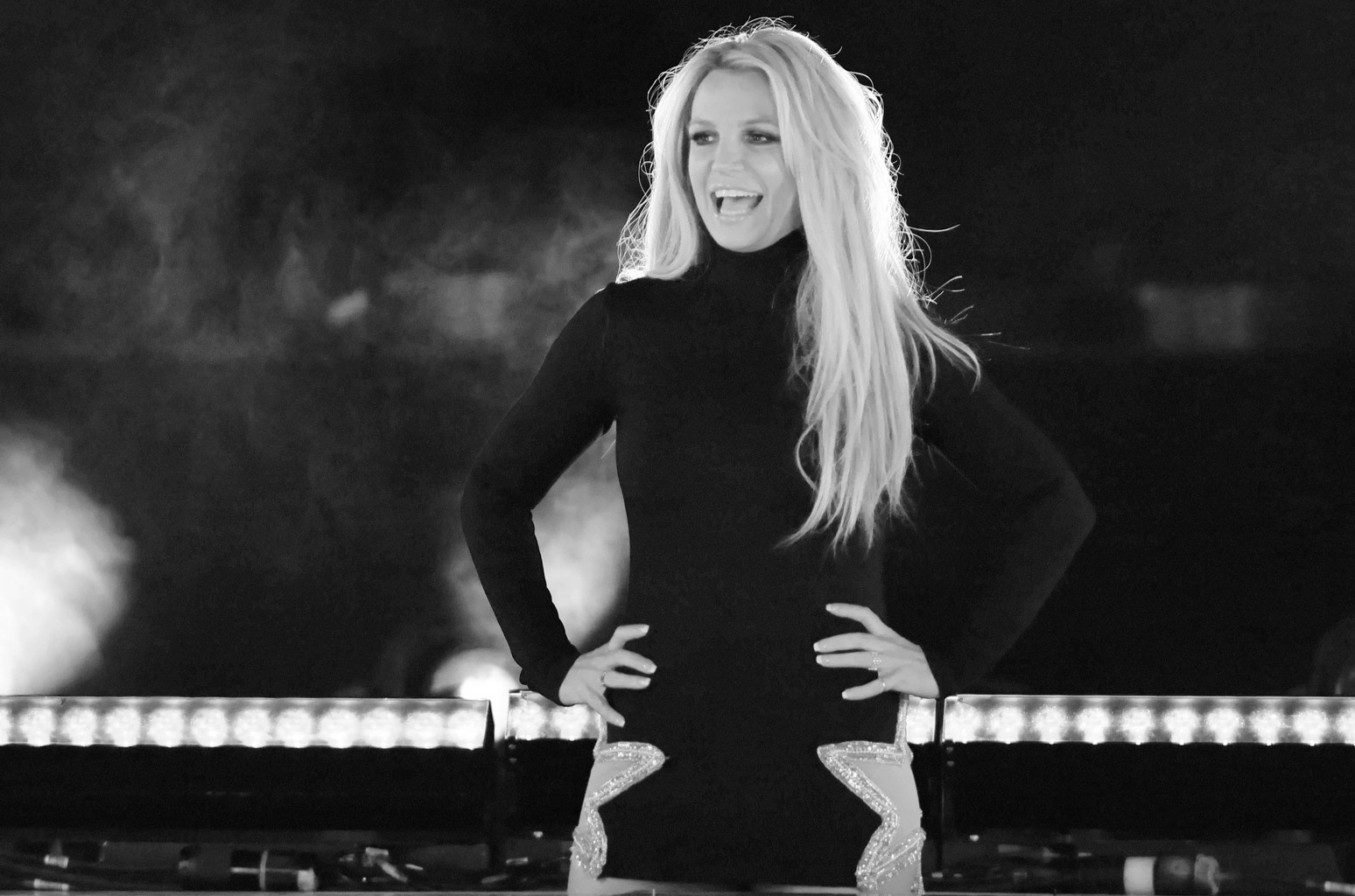 Britney Spears Wants Her Conservatorship to End: Here’s What Happens Next
32 mins ago