NEW YORK — On his pregame Zoom call last Friday, Brooklyn Nets coach Steve Nash said that he expected Mike James, who had just signed a 10-day contract, to play against the Boston Celtics that night. James had been one of the best players in the EuroLeague before CSKA Moscow suspended him and freed him to join the Nets. Nash also revealed, with a laugh, that he hadn’t even met James yet.

Nash rectified this shortly thereafter by popping into the practice court at Barclays Center. James was playing 3-on-3 with Brooklyn’s “stay-ready group,” the brigade of bench players (or, sometimes, starters returning from injury) putting in extra work to make up for what they’re not doing at game time. The Hall of Fame floor general-turned-coach “didn’t really have to introduce himself, but introduced himself,” James said. The arena felt like a maze to James, who would tell his new teammates that they might have to remind him of their names a couple of times before he remembers them all. Nash encouraged him not to sweat this strange situation, to just push the pace and play with his usual aggressiveness.

In warmups, James chatted with Blake Griffin, another Net who got out of a multi-year contract and wound up coming to Brooklyn as a free agent. About half an hour later, James shared the backcourt with Kyrie Irving, and as the All-Star took a couple of free throws, he stood at the center of the giant “B” in the Nets’ logo, receiving pointers from DeAndre Jordan.

James was on the floor for Brooklyn’s 24-7 run in the second quarter and contributed its most eye-catching shot: a leaning, off-the-dribble corner 3 off a pick from Griffin. That it might not have been his most audacious attempt of the evening is remarkable: James’ two other made field goals in his Nets debut were a contested runner off a Eurostep and an honest-to-goodness skyhook, both delivered over Tristan Thompson early in the fourth quarter, separated by about 75 seconds.

Given the circumstances, James’ eight points, two rebounds and two assists in 21 minutes constituted an excellent showing, especially because Brooklyn was plus-17 in those minutes. “I thought he did great,” Nash said after the 109-104 win, noting that James had created drive-and-kick opportunities and sped the team up in a good way. “You know, it’s not an easy position to come in and meet your teammates for the first time and play an NBA game on national TV.” Irving was impressed, too, and pointed to his sideline reactions to James’ shots as evidence.

The victory, and James’ role in it, was a handy metaphor for the Nets’ season. “Give credit to just figuring things out on the fly with this team,” Irving said.

Brooklyn has used 33 different starting lineups, featuring 18 different players. Its Big 3 has played 186 minutes together, spread over seven games, including one in which Kevin Durant came off the bench and departed in the third quarter because of COVID-19 protocols. Guard Spencer Dinwiddie partially tore tore his ACL three games into the regular season. Center LaMarcus Aldridge retired due to a heart condition fives games into his tenure. Nevertheless the Nets are 42-20, the best record in the Eastern Conference, and they have the best offense in the NBA.

“We’re resilient,” Nets big man Jeff Green said. “No matter who’s on the floor, we’re going to go out and battle. We’re going to do what’s needed for the night to try to figure out a way to get a W. And we’ve been doing that this whole season, regardless of who’s on the court.”

Brooklyn beat the Celtics despite Irving, the lone headliner healthy enough to play, shooting 4 for 19 with five turnovers. It was a home game, with 1,773 fans in the building, but it was the Nets’ seventh straight game in a different city and sixth in 11 nights. Irving said he didn’t have his legs on offense. If their opponent were not on the second night of a back-to-back and short three starters, they might not have been so lucky. Boston went 12 deep trying to find a group that could take care of the ball, and Brooklyn escaped after surrendering an 18-4 run in the fourth quarter. Both teams played fourth-quarter lineups that hadn’t logged a single minute coming into the game.

“There were a lot of positive things in our performance, and then there was some sloppiness as well that let them back in the game,” Nash said. “But overall a win is a win and overall this is a group that is a little bit tired and undermanned. And so I’m proud of ’em for getting a win.”

The Celtics are one of many talented teams that have not been able to match Brooklyn’s ability to roll with the punches. “This team hasn’t won a game all year, that I can remember, that we played subpar,” coach Brad Stevens lamented two days later, after a dispiriting, 21-point loss in Charlotte, while the Nets were in the middle of another win at Barclays. Against the Phoenix Suns, Durant returned from weeklong absence in predictably smooth fashion and helped Brooklyn overcome a rough start on the boards.

“There were stretches in the first half today where we didn’t really feel it,” Griffin said after the 128-119 victory on Sunday. “But we got it together. You know, we’ve been able to find it. And that’s the most important thing.”

In this respect, the Nets deserve admiration. From the front office on down, they’ve spent the whole season solving problems, plugging holes and trying to improve despite a total lack of continuity. When they made the James Harden trade, they gave up three rotation players and created three open roster spots, now filled by Griffin, James and big man Alize Johnson. In two and a half months, Norvel Pelle, Noah Vonleh, Tyler Cook, Iman Shumpert, Andre Roberson and Aldridge came and went.

Through all of the roster moves, injuries and health-and-safety-protocol-related absences, Nash has been as consistent as Joe Harris‘ jumper. He has maintained Brooklyn’s defense would make or break the season and continually stressed the importance of “connectivity” on both ends, dating back to his hiring last September. After consecutive losses to the Cleveland Cavaliers shortly after acquiring Harden, Nash said the Nets needed to needed to take pride in their defense, stick together and understand that “just showing up to the gym is not good enough.” Their defense remains far from elite, but they have an identity. They typically switch 1 through 4 and show nail help when Jordan is on the floor, and they switch just about everything otherwise. Since Feb. 18, Brooklyn has allowed 111.6 points per 100 possessions, a league-average mark that represents enormous progress.

If the Nets score at a historic rate in the playoffs, league-average defense is more than good enough. The same day that Nash called them out in Cleveland, he said he’d know they were on the right page offensively when it looks and feels like the three stars had collectively formed a new identity. The “philosophical goal,” he said, was for all five players on the court to be a threat at all times, no matter who has the ball.

“We want to go towards a place where we’re playing five-man basketball,” Nash said. “What we want to avoid is a your-turn, my-turn type thing.”

On Feb. 13, following a blowout win in Golden State in which Harden had 19 points and 16 assists, Irving announced that he’d happily conceded the point guard title to the bearded maestro. Encouraging as it was, he hasn’t shared the court with both Harden and Durant since.

Nash is a first-year coach, and he never experienced a season like this as a player. Among his transferable skills, though, is problem-solving. “I don’t go home and think about how bad our luck’s been or that anything’s unfair,” he said, and his 18-year career taught him some “life lessons” that feel relevant now.

“Are you going to have a positive outlook?” Nash said. “Are you going to look for solutions rather than excuses? And are you going to embrace all the things that are thrown at you and embrace adversity? That doesn’t mean you don’t feel sorry for yourselves in moments, you don’t get upset or frustrated or vent at times, but overall, largely, I look at all of these things that we’ve faced this year as an opportunity to grow and learn and challenge ourselves. And hopefully, if you take that approach, you build resolve and you learn and grow enough that helps you in the end.”

If this big-market team, with the most devastating accumulation of one-on-one scoring talent the league has ever seen, perseveres and wins a title, do not expect widespread veneration. The popular notion that Brooklyn’s success would represent a triumph of individualism over the collective, though, doesn’t jibe with the way that it has approached the regular season. The Nets know their star power gives them a chance at a championship, and they seem to understand that star power alone won’t get it done. They are aware of their defensive limitations, and they know they can only make up for them with pristine communication, crisp off-ball switches and unrelenting effort. Role players from Harris, Griffin and Green to the positionless Bruce Brown, the switchable Nicolas Claxton and sharpshooter Landry Shamet have spent the season getting comfortable in their roles.

The formula is simple: Take opponents out of their normal offensive sets, rain fire in transition and lean on their stars and their spacing in the halfcourt. The challenge is to get better at all of it, with practice time virtually nonexistent and a constantly changing rotation.

Ideally, they’d prefer to have a longer runway with something resembling a stable pool of available players, but Nash said they’re trying to “grow a deeper understanding” of what they’re doing on both ends without that. Every game is an indicator of where they need to focus their attention.

“Will that be enough? Possibly and possibly not,” Nash said. “But we can’t worry about that.”

In the context of this year’s title chase, Brooklyn can be fairly framed as just another one of the many contenders trying to prepare for the playoffs and get through the regular season in one piece, not necessarily in that order. If it feels wrong to celebrate the Nets for weathering several storms, it is not because of how they built the roster or where the team is located. It is because glorifying their resilience can be tantamount to looking away from the conditions that made it necessary. Brooklyn has to take wins however it can get them because that is the nature of a season played during a pandemic, with a dizzying and unnecessarily travel-heavy schedule.

On Wednesday, the Nets visited the Toronto Raptors, who have been forced to spend the season in Tampa Bay. After another Brooklyn win, Raptors guard Fred VanVleet, who caught COVID-19 in March, hurt his hip in April and recently called the 2020-21 season “the most unpure year of basketball I’ve ever been a part of,” said he felt “like shit” physically and “my body sucked tonight.” Nash, meanwhile, said the Nets’ “connectivity really showed” when faced with Toronto’s aggressive defense. Durant said he was proud of everyone in the organization for fighting through adversity. Irving will miss Brooklyn’s game in Indiana on Thursday with groin soreness. 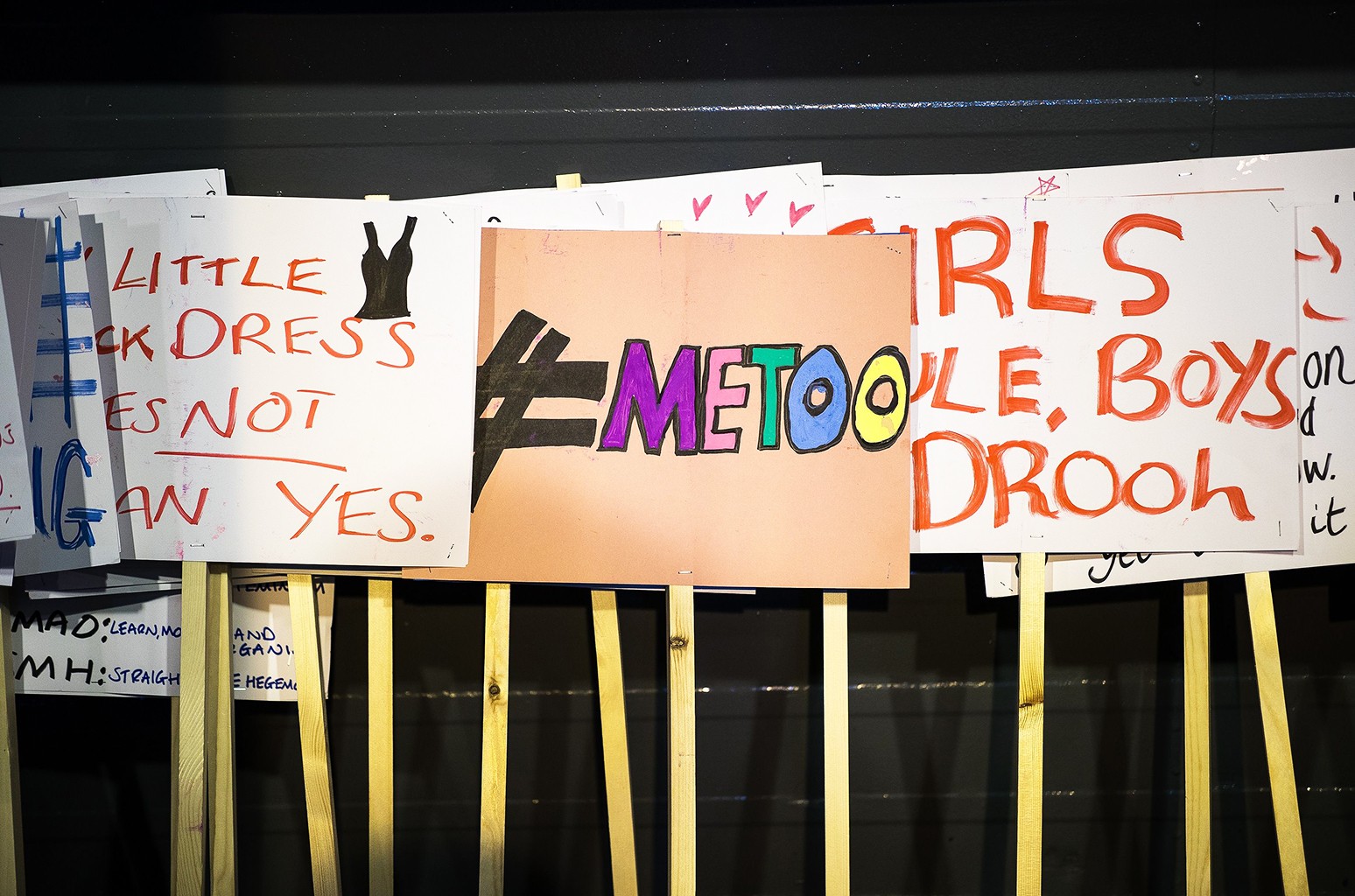