If you’ve had a hard team keeping up with all the back-and-forth drama in the ongoing saga between Ben Simmons and the Philadelphia 76ers, fear not, we’ve got you covered. After missing all of training camp and preseason play, Simmons recently rejoined the Sixers, and now the two sides are tasked with figuring out how to move forward. In the meantime, here’s a chronological look at all that has happened between Simmons and the Sixers since the beginning of the year.

The rift between the two sides dates back to last season when Simmons was dangled in trade talks for James Harden. A deal never came to fruition, as Harden was ultimately traded to the Brooklyn Nets. However, the fact that the organization was willing to move him rubbed Simmons the wrong way, despite the fact that he said all of the right things publicly at the time.

“I mean, this a business,” Simmons said at the time. “Things like that happen. Only thing I can control is how I approach my work, the games and my day-to-day thing. So, you know, I’m just trying to be professional and to do the right thing and help my team get wins.”

“I come in here and work every day,” Simmons added. “So my job is to get better and get wins — all the other stuff I can’t control. As I said before, all I can control is how I come in with my mindset, with practices and on the floor, and I had a great time tonight. I’m blessed. I get to play the game that I love every day at the highest level in the world. There’s far worse things going on the world, so, you know, I’m in a blessed position. If you told me I would never play the game again, that’d be a different story.”

The two sides were able to move on, but often when a player knows that his team was thinking about trading him, the relationship becomes ruptured.

May 23 – June 2, Simmons struggles from the foul line in Wizards series

The chatter surrounding Simmons’ future in Philadelphia quieted for a while, but it began to buzz again during the postseason. During Philadelphia’s first-round series against Washington, Simmons struggled mightily from the foul line — he shot just 10-for-28 over five games. Though the Sixers were ultimately able to advance, there was mounting concern among the Philadelphia faithful regarding how Simmons would perform moving forward in the postseason.

In an interview with CBS Sports in July, Wizards guard Bradley Beal revealed that he thinks the Wizards exposed a weakness in Simmons’ game that the Hawks were able to capitalize on.

“But at the same time we kind of exposed the move of fouling Ben [Simmons], putting him on the line a few times,” Beal said. “Granted, I think in our series he actually made a few. So, we had to go away from that instead of just giving away free points… Ben was more or less aggressive in our series, the first couple games, and then it kind of died down and trickled down from there.”

Unfortunately, Simmons’ performance from the foul line didn’t improve in the second round against Atlanta. In 12 total playoff games, Simmons made just 25 of his 73 attempts from the charity stripe, which equates to 34 percent — the worst mark in a single postseason in NBA history. Simmons’ struggles from the foul line clearly shook his confidence, and that leaked over into other areas of his game. In the full seven-game series against Atlanta, Simmons took three total shots in the fourth quarter. He didn’t attempt a single shot in the fourth quarter of five of the seven games.

Down the stretch of Game 7 against Atlanta, Simmons passed out of an open opportunity at the rim in order to avoid potentially drawing a foul and being forced to the line.

That play has stuck like a thorn in the side of Sixers fans ever since. Don’t bring it up in a bar in Roxborough unless you’re ready for a rabid, profanity-riddled response. The Sixers went on the lose the game, and the series, and afterward Joel Embiid, fair or not, pointed to that particular play as a turning point.

That didn’t sit well with Simmons, who was also unhappy with comments that Doc Rivers made after the game. When asked if he thought Simmons could be a championship-level point guard, Rivers replied “I don’t know the answer to that.”

Rivers didn’t wait too long to qualify the comments he made after Game 7. “I’m very bullish on Ben still,” he said to media members during his end-of-season media availability. “But there’s work. There is. And Ben will be willing to do it, and that’s the key. Sometimes you have to go through stuff to see it, and to be honest with it.” Rivers went on to say that the team had a plan in place to help Simmons improve as a shooter over the offseason.

Shortly after the Sixers season came to an end, Simmons’ agent, Rich Paul, met with the team’s front office regarding Simmons’ future in Philadelphia. Here’s what ESPN’s Adrian Wojnarowski said of the meeting:

Paul engaged the Sixers on whether it makes sense to work together to find a trade before the start of next season, but no request was made and the sides are expected to continue talking ahead of the July 29 NBA draft and August free agency, sources said. The 76ers are committed to keeping Simmons as a central piece of their franchise, sources said.

The Sixers’ stance has remained the same since — they want to move forward with Simmons unless they find a trade that makes them better in the present.

Before June ended, Simmons decided to pull out of Olympic play for the Australian team in order to focus on individual skill development. Simmons’ Sixers teammate Matisse Thybulle played for Australia, and the team won the Bronze Medal.

In mid-July, the Sixers opened up trading talks surrounding Simmons with a very high asking price. Given his age, skill set, and team-friendly contract, the Sixers were looking for a serious return for Simmons. The fact that the team is firmly in win-now mode around Embiid limited their options when it came to the type of return that they were looking for.

The Sixers entertained offers for much of the summer, but they didn’t find any intriguing enough to pull the trigger on. On Aug. 26, I reported that trade talks involving Simmons had stalled for the time being and that the Sixers were prepared to at least start the season with him still on the team.

The Sixers were ready to move forward with Simmons after an offseason trade didn’t come to fruition, but the feeling wasn’t mutual.

Sept. 1, Simmons asks for a trade, says he won’t report to training camp

Just days later, it was reported that Simmons had asked the Sixers for a trade and that he wouldn’t report to training camp in the mean time. Simmons let his feelings be known in a meeting in L.A. with Sixers co-managing partner Josh Harris, president of basketball operations Daryl Morey, general manager Elton Brand and coach Doc Rivers. The Sixers had entertained the idea of trading Simmons previously, and now he was telling them to do just that.

Rumors became reality on this day, as Simmons began his holdout from the 76ers by missing the team’s media day. Simmons’ absence was obviously the main talking point that day in Philadelphia, and all the players on the team, including Embiid, expressed a desire to see Simmons back in Philadelphia.

“If I didn’t like playing with him, I’m honest I would say it,” Embiid said. “I love playing with him because he adds so much to our team. We’ve been building this team around us… I’m just disappointed that he’s not here.” Sixers forward Tobias echoed Embiid’s comments.

The Sixers held their training camp ahead of the 2021-22 NBA season in Camden from Sept. 28 to Oct. 3 and Simmons missed all of it.

After playing nice publicly for the first few days of training camp, Embiid expressed his frustration with the situation for the first time on Sept. 30. “The situation is weird, disappointing, borderline kind of disrespectful to all the guys that are out here fighting for their lives,” Embiid said. “Some guys rely on the team being successful to stay in the league and make money somehow. Because if you’re on a winning team, you’re always going to have a spot in the league, just because you’re on a winning team and you contributed.”

Oct. 1, Sixers withhold $8.25 million that was due to Simmons

On Friday, Oct. 1, Simmons was due a quarter of his contract for the 2021-22 season ($8.25 million) from the Sixers, and there was some ongoing speculation about whether the team would pay him that money — they didn’t. The team set up an escrow account with the withheld cash, and fines he accrued moving forward were to be deducted from that account, according to ESPN’s Bobby Marks.

The Sixers opened up preseason play with games against the Toronto Raptors on Oct. 4 and Oct. 7. Simmons missed both of them and was in turn fined $227,613 for each game.

Perhaps the fines started to get to him, because Simmons returned to Philadelphia — unbeknownst to the team at the time — on Oct. 11. The Sixers had a preseason game against the Brooklyn Nets on that night, so Simmons missed that game, as well as the team’s final preseason game in Detroit. Since his return, Simmons has passed all necessary tests and physicals, and the Sixers hope to get him out on the floor and move forward.

Simmons being back in Philadelphia certainly doesn’t mean that the situation is resolved. His return was obviously motivated by money, as the team was withholding his pay, and it doesn’t change the fact that he wants to be traded. The Sixers, though, are only interested in trading Simmons if such a move will benefit the team in the present. Perhaps such an opportunity will materialize once the season starts. In the meantime, the Sixers’ hope is that Simmons will be professional and play to his full ability given that he has four years remaining on his current contract.

The Sixers open up the ’21-22 campaign against the Pelicans in New Orleans on Oct. 20. Simmons’ status for the game is not yet known, but it’s safe to say that the entire league will be watching to see if he suits up or not. 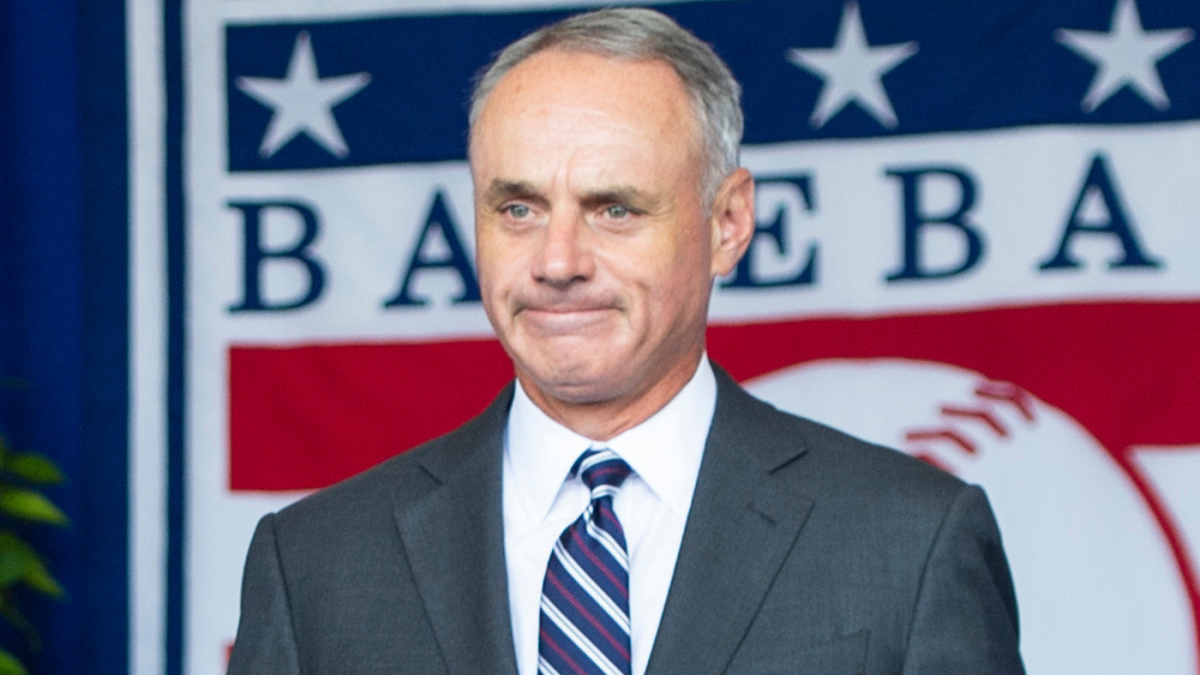