The NBA trade deadline is quickly approaching and while it started as a fairly quiet day, things have picked up in a major way in the final lead-up to Thursday’s 3 p.m. ET deadline. Teams are actively shopping big names like Kyle Lowry and Victor Oladipo so there could still be plenty of trades still to come.

There may not be a blockbuster trade like the one made for James Harden earlier this season, but with multiple All-Stars already changing teams on Thursday, there have been plenty of large and small moves that will impact the stretch run of the 2020-21 campaign as we move closer and closer to the playoff race.

Clippers get Rondo from Hawks for Lou Williams, picks and cash

The Los Angeles Clippers are acquiring Rajon Rondo from the Atlanta Hawks in exchange for Lou Williams, according to The Athletic’s Shams Charania. The Hawks will also get cash and two second-round picks from the Clippers. The Clippers pursued Rondo this offseason, but could not make the money work once they used their non-taxpayer mid-level exception to sign Serge Ibaka. Williams, however, makes almost exactly the same amount of money as Rondo, so a trade became feasible from there.

Another Raptors guard not named Kyle Lowry is on the move ahead of Thursday’s 3 p.m. ET trade deadline as ESPN’s Adrian Wojnarowski reports that Terence Davis will be sent to the Sacramento Kings in exchange for a future second-round pick. Davis, a second-year guard out of Ole Miss, will provide the Kings with another scoring option off of the bench while Toronto adds future draft capital.

While it isn’t the Raptors trade that the rest of the league is waiting on pins and needles for, Toronto has reportedly agreed to send reserve guard Matt Thomas to the Utah Jazz in exchange for a future second-round pick, per ESPN’s Adrian Wojnarowski. Thomas will provide the Jazz with another perimeter threat off of the bench as the second-year guard is shooting 47.5 percent from beyond the arc on 2.4 attempts per game this season. For Toronto, this move opens up a roster spot to take on an additional player in a potential Lowry trade.

The Philadelphia 76ers have made a move to bolster their bench ahead of the upcoming playoff push. Before the trade deadline on Thursday, the Sixers traded backup center Tony Bradley, reserve wing Terrance Ferguson, and two future second-round picks to the Oklahoma City Thunder for veteran guard George Hill, according to ESPN’s Adrian Wojnarowski. The trade is a three-way deal that also includes the New York Knicks. The Knicks will receive Ferguson and send forward Iggy Brazdeikis to Philadelphia. Additionally, Austin Rivers will be moved from the Knicks to the Thunder. The second-round picks that the Sixers are sending to the Thunder are in 2025 and 2026.

Norman Powell was considered to be one of the more under-the-radar players expected to be moved at the deadline that could have a real impact on a contender. Well, it appears as though he will be heading to Portland in hopes of taking the Trail Blazers to the next level as ESPN’s Adrian Wojnarowski reports Powell will join the Blazers in exchange for Gary Trent Jr. and Rodney Hood.

While it wasn’t as big of a deal as some of the others that we saw come down before the deadline, the Kings and Heat did come together to complete a trade that sends Nemanja Bjelica to South Beach while Moe Harkless and Chris Silva will be heading to Sacramento, per Ira Winderman of the South Florida Sun Sentinel.

The Orlando Magic are trading forward Aaron Gordon to the Denver Nuggets in exchange for Gary Harris, RJ Hampton and a first-round pick according to ESPN’s Adrian Wojnarowski. The move ends years of speculation about Gordon’s status in Orlando. The Magic have largely been a lottery team ever since they drafted Gordon in 2014, and while he may have rescinded it, it’s worth noting that he reportedly requested a trade in February. He went on to express his frustration at the situation after a loss Tuesday, and now, he’ll continue his career on a new team.

The Bulls aren’t done yet today. After trading for All-Star big man Nikola Vucevic, Chicago traded Gafford and Hutchison for Brown and Wagner, per ESPN’s Adrian Wojnarowski. The Bulls get some bench depth, and the Wizards get some young forwards in Gafford and Hutchison, both of whom didn’t receive a ton of playing time with the Bulls. Now on a Wizards team that has struggled to find consistent success this season, both of them will get ample opportunity to show what they can offer.

After being involved in rumors all week about potential trade packages with the Orlando Magic, the Boston Celtics have indeed traded for Evan Fournier, per ESPN’s Adrian Wojnarowski. The Celtics are reportedly sending two second-round picks back to the Magic, though that hasn’t been made official. It’s not the big package Celtics fans might’ve been hoping for. It doesn’t include Aaron Gordon or Nikola Vucevic, the latter of whom was traded to Chicago earlier. But Fournier is a legit knock-down shooter who will support Boston’s plethora of one-on-one creation with spacing while generating his own offense as well.

The Orlando Magic are trading All-Star Nikola Vucevic and Al-Farouq Aminu to the Chicago Bulls for Otto Porter, Wendell Carter Jr. and two future first-round picks. After weeks of speculation, Orlando pulls off a trade sending its best player to Chicago in exchange for a young big man in Carter Jr.

The Cavaliers are trading JaVale McGee to the Denver Nuggets for third-year center Isaiah Hartenstein and two future protected second-round picks, per ESPN’s Adrian Wojnarowski. Trading for McGee gives the Nuggets some rim protection on defense, as he’s averaging 1.2 blocks a game. Denver ranks 11th in the league in points allowed in the paint (48.8), and adding McGee could potentially help with that. In 33 games with Cleveland, McGee averaged eight points and 5.2 rebounds while coming off the bench for the Cavaliers. McGee wasn’t getting a ton of consistent minutes with Cleveland, and being traded to Denver allows him to once again join a contending team.

To kick things off leading into the trade deadline, Detroit worked out a deal to send Wright to Sacramento in exchange for Joseph and two second round picks, per Adrian Wojnarowski of ESPN. This move was primarily made for financial reasons for the Pistons, as Wright is owed $8.5 million next season, while Joseph is only guaranteed $2.4 million of the $12.6 million he’s expected to make next year. After trading away Derrick Rose and buying out Blake Griffin, the Pistons are fully focused on their younger players, and shipping off Wright, who they traded for prior to the start of this season, allows the younger guards on the team to get more opportunity.

L.A. traded Kabengele, who was the 27th pick in the 2019 NBA Draft, to the Kings for a heavily protected second-round pick, according to ESPN’s Adrian Wojnarowski. The Clippers don’t get much in this trade, but for Kabengele, he’ll likely get more playing opportunity in Sacramento for a team that is far outside the playoff picture this season. It gives the Kings a young player for a low price, one who could potentially play himself into the rotation. 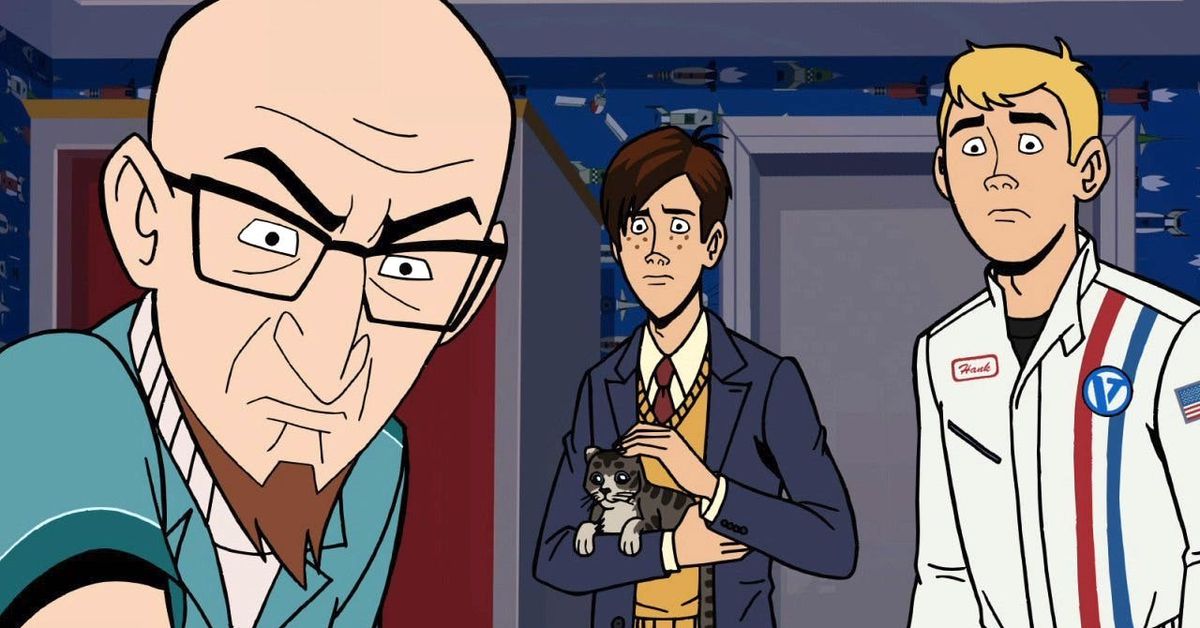 We’re getting The Venture Bros. movie
7 mins ago

TikTok is not just for fun anymore: The video app company launches a jobs service
10 mins ago