Yet in a number of ways, 2021 has been an even more successful year for Lil Nas X — now a few years removed from “Old Town Road,” but again one of the biggest forces in popular music. With the release of his proper debut album, Montero, through Columbia Records on Sept. 17, Nas promises to have one of the more talked-about full-lengths of 2021 — and all because of the groundwork laid earlier this year.

On the eve of Montero, here are the seven reasons why Lil Nas X’s 2021 is already more successful than the year he made Hot 100 history:

Lil Nas X hit the Hot 100 a handful of times following the explosion of “Old Town Road,” with follow-up single “Panini” reaching No. 5 on the chart and “Rodeo” and “Holiday” hitting the top 40. Yet “Montero (Call Me by Your Name)” not only returned Nas to the top of the Hot 100 with a No. 1 debut in April, but also grew into a ubiquitous, radio-conquering smash in the weeks that followed.

“Montero” peaked at No. 1 on Billboard‘s Mainstream Top 40 chart and at No. 2 on Rhythmic Airplay — and while the song only spent one week atop the Hot 100, it spent 18 weeks in the top 10, and remains in the top 40 of the chart 24 weeks into its run, a testament to its endurance as a streaming and radio hit. With “Montero,” Lil Nas X effectively put any lingering one-hit wonder claims to bed: even if his 2019 follow-ups to “Old Town Road” couldn’t replicate that song’s chart-topping success, his first single of 2021 proved to be an undeniable smash, and a springboard into his next era.

2. He then scored another hit — that sounded nothing like the previous one.

Impressively, “Montero (Call Me By Your Name)” represented a complete departure from the sound of “Old Town Road,” with Lil Nas X trading in country-infused trap for a mid-tempo shuffle with flamenco flair, whiffs of handclaps, Auto-Tune, Spanish guitar and a synth-pop hook. As the first single from his proper debut album, “Montero (Call Me By Your Name)” was assumed to preview the sonic palette of Montero. And while that still may prove to be the case, its follow-up hit, “Industry Baby” featuring Jack Harlow, made for another abrupt and thrilling departure.

“Industry Baby” is a boisterous hip-hop track, a defiant boom of a single meant to be played on car stereos at maximum volume, or in clubs where everyone can triumphantly raise their glasses. And while it doesn’t resemble “Montero” in the slightest (or “Old Town Road,” for that matter), “Industry Baby” has become another smash for Lil Nas X, peaking at No. 2 on the Hot 100 following its late July release and spending its entire run thus far in the chart’s top 20. If “Montero” gave Nas a much-desired second chart-topper ahead of his proper debut, “Industry Baby” has demonstrated his range as a mainstream star, while also continuing his upward momentum in the weeks preceding Montero’s release.

In a pop era where superstars can more or less mail in music videos without suffering much commercial consequence, Lil Nas X has treated his visuals as opportunities to augment his artistry, generate excitement online and expand his fan base. His 2019 clips for “Old Town Road” and “Panini” were big-budget spectacles, but the video for “Montero” represented a breakthrough for his ambitions as a visual creator: co-directing with Tanu Muino, Nas concocted a world brimming with mythology, nodding to biblical passages and Dante while also including a Satanic laptop sequence successfully designed to raise eyebrows.

“He had this concept — because it was his own story, and he wanted to open [himself] up in this video and song — so it was very clear,” Muino told Billboard following the “Montero” video release. Months later, Lil Nas X returned with another video with an equally uncompromising vision: set in ‘Montero State Prison,’ the clip for “Industry Baby” combines dancing prisoners with homophobe dunking in a neon-colored, highly entertaining presentation.

Nas’ ability to create buzzworthy music videos helps him commercially: the “Montero” video has 349 million YouTube views to date, while “Industry Baby” has 118 million to date, and both have been big boosts to his overall streaming numbers. It also helps him earn more acclaim — earlier this week, “Montero” took home video of the year at the 2021 MTV Video Music Awards, where Lil Nas X was one of the brightest stars and biggest winners. Don’t be surprised if “Industry Baby” factors into the 2022 VMAs race, either.

Speaking of the VMAs, Lil Nas X starred in the best performance of the night, with a rendition of “Industry Baby” that was assisted by Harlow and a marching band, as well as a “Montero” outro that displayed Nas’ dance moves. The showcase was par for the course for Lil Nas X, who has spent 2021 dominating every stage he steps upon in lieu of a proper tour. He survived a wardrobe malfunction while performing “Montero” on Saturday Night Live in May, and then at the BET Awards in June, he re-created elements from Michael Jackson’s “Remember the Time” video — and made a lot of prejudiced folks shake their fists at the sky when he kissed a male backup dancer as the performance concluded.

The young star was a strong primetime performance presence during his “Old Town Road” run — particularly at the 2020 Grammys, when he delivered a medley of the song’s many iterations. But he’s stepped up a level in 2021, turning each TV platform into a charismatic and lavishly rendered spectacle that casual fans and diehard supporters will be sharing on social media the following morning. Whenever he embarks on his first proper tour, there will be a lot of paying customers eager to see that spectacle in person.

5. He knows how to court controversy.

The BET Awards lip lock wasn’t the only time this year that Lil Nas X has caused the most sensitive of music fans to become irate: giving the devil a lap dance in the “Montero” music video certainly conjured some online anger upon its release in late March, as did the 666 “Satan Shoes,” complete with pentagrams and design ink mixed with a drop of human blood, that were produced as a tie-in. The fact that the latter move resulted in a Nike lawsuit and voluntary product recall is largely irrelevant — Lil Nas X accomplished his task of provoking heightened conversation and interest, with the pop world talking about “Montero” during its first week of release as the song strode to a No. 1 Hot 100 debut.

It’s important to note that Lil Nas X’s controversies are never actually harmful, but instead designed to call out hypocrisy and homophobia. If a straight female artist kissed a male backup dancer to conclude an awards-show performance, would anyone on conservative Twitter have objected? If a hard rock act had released a product called “Satan Shoes” (or if a skateboarding star had released blood-infused skateboards), would as many pearls been clutched? Nas understands how to push the envelope in the most productive way possible — pointing out societal flaws, causing discussion about those flaws, and using that discussion to keep the world focused on himself and his art.

6. He’s a must-follow on social media.

In the weeks leading up to the release of Montero, Lil Nas X has used social media to promote his pregnancy… with the album. Baby bump photos, baby shower pics, “contraction” videos — Nas has committed wholeheartedly to the bit, and his fans have loved it, all while the stunt captures headlines and the curiosity of casual fans.

Savvy social media use is nothing new for Lil Nas X — he was cracking up followers two years ago, when he was dropping SpongeBob memes to get “Old Town Road” to a record-setting 17th week at No. 1 and suggesting an endless supply of remixes to his breakthrough smash. Still, it shouldn’t be discounted as a factor in his enormous 2021: he’s got expert trolling, self-deprecating witticisms, off-the-cuff video teasers and elaborate visual gags all at his disposal, and he’s deployed them unceasingly to his 7 million Twitter followers and 10 million Instagram followers leading up to the release of Montero. “i had 9 months to plan this rollout. y’all are not gonna win bro,” he wrote in March; it was a message to his conservative critics, but it may as well have been a missive to the haters trying to avoid his multi-app genius.

At the root of everything Lil Nas X has done this year — his hit singles, his music videos, his performances and social media candor — is his identity as a queer mainstream rapper. Nas has tailored his new music and approach to celebrity around that identity: it’s evident in “Montero (Call Me By Your Name),” a smash hit about male longing named after a gay romance, as well as in “Industry Baby,” in which he declares “I’m queer, ha!” while thumping his chest. “Sun Goes Down,” the song Lil Nas X released between those two singles, addresses his younger, closeted self, and reflects upon the positivity of coming out: “I’m happy by the way,” he sings, “That I made that jump, that leap of faith.”

Lil Nas X came out publicly in late June 2019, as “Old Town Road” was in the middle of its No. 1 run; it was an important step for an artist who was the face of the biggest song in the country, but his queerness didn’t inform the promotion and exaltation of that smash hit. Two years later, Nas has made his status as a gay mainstream rapper the bedrock of his artistry while amplifying the complex humanity of that status — showcasing his affection on “Montero,” his vulnerability on “Sun Goes Down” and his invincibility on “Industry Baby.” And with every commercial win he racks up, with every awards show he rules and post that gets thousands of likes and single about queer life that gets spun on pop radio, he normalizes his place in popular music and asserts his pride in the face of those who have tried to deny him that spot.

There have been popular gay artists, and queer hip-hop artists, before Lil Nas X, and they deserve to be recognized and celebrated. But there has never been a prominent gay rapper quite like Lil Nas X, and he’s changed what popular hip-hop looks like. Ultimately, that’s more meaningful than a hit single — even one of the biggest hit singles of all time. 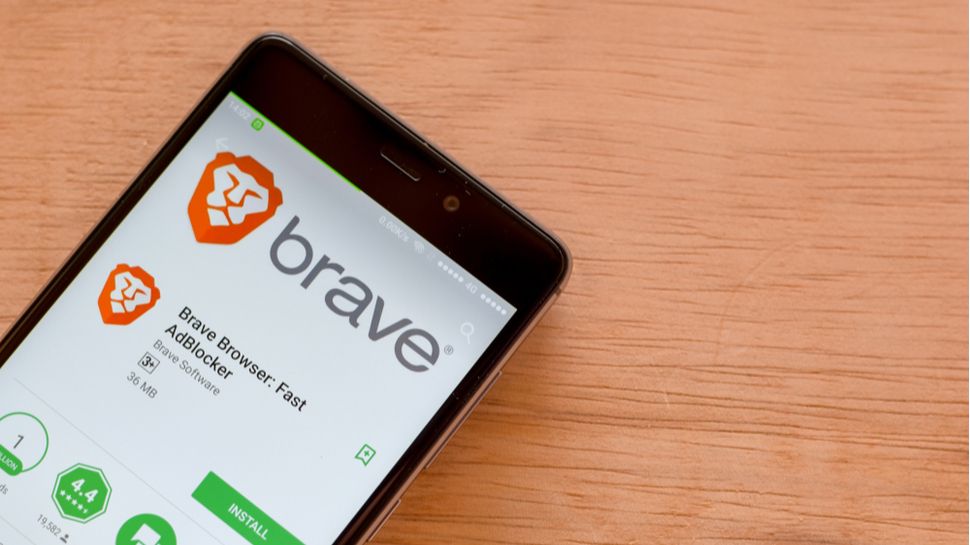 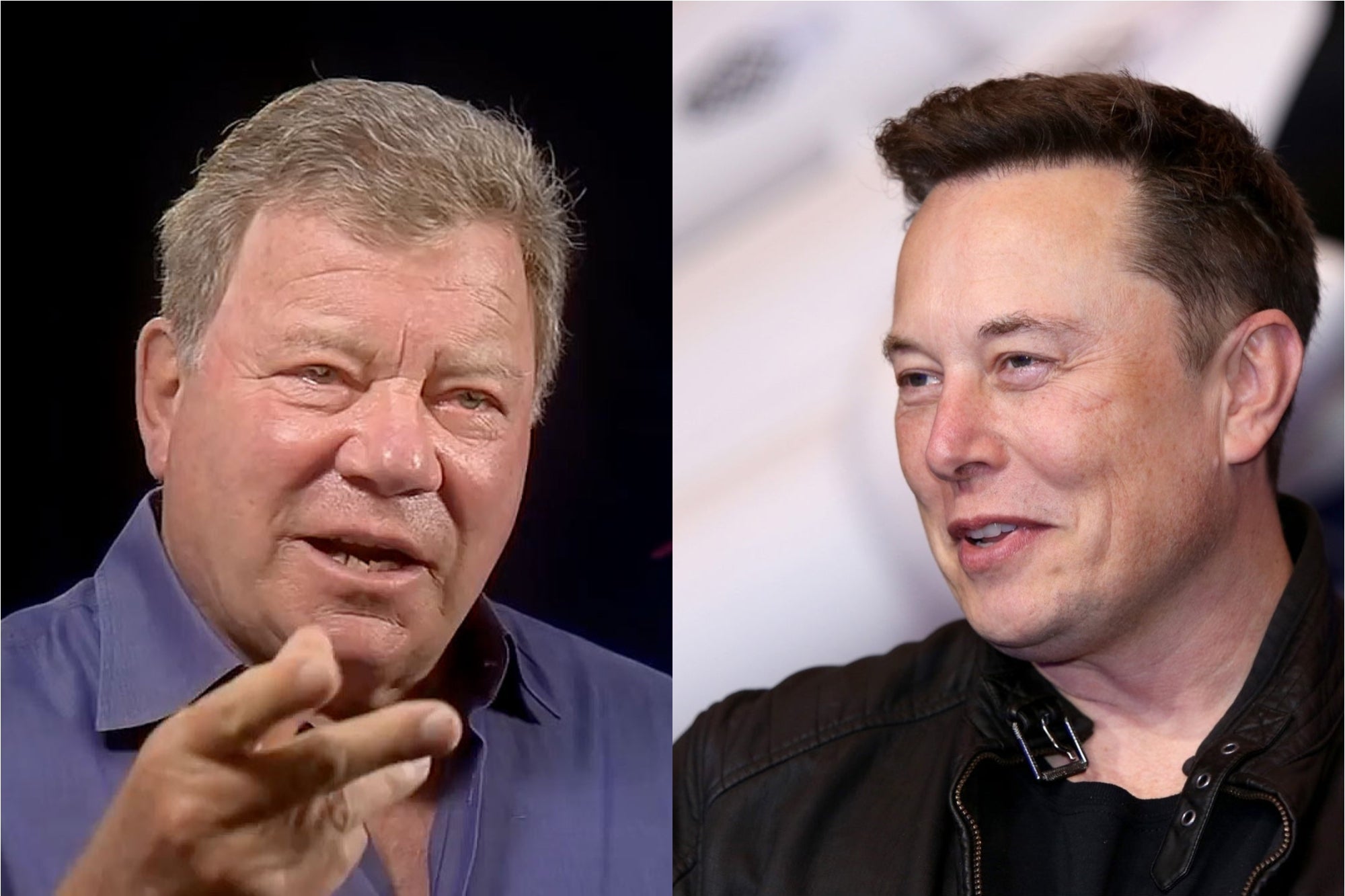 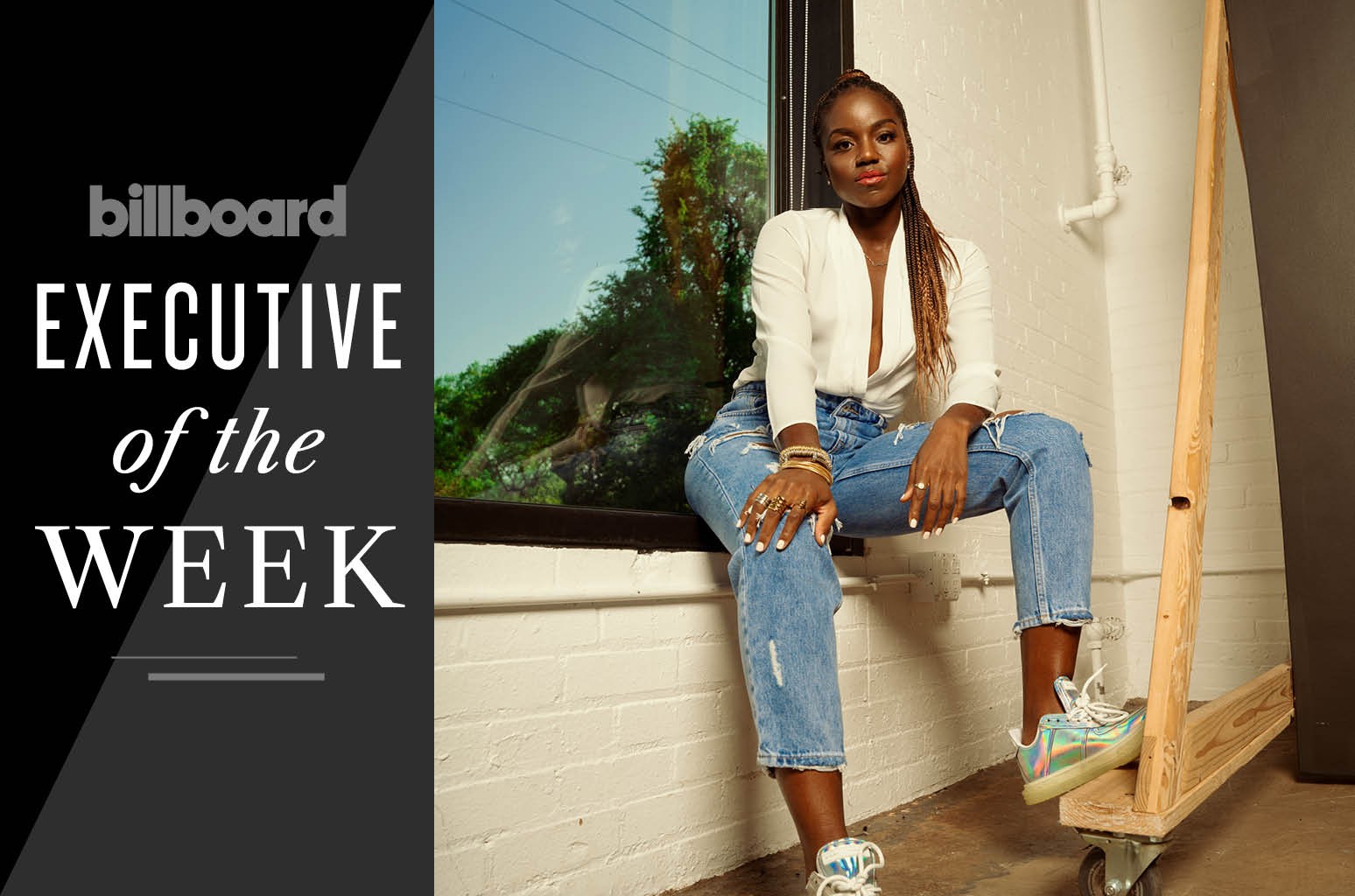 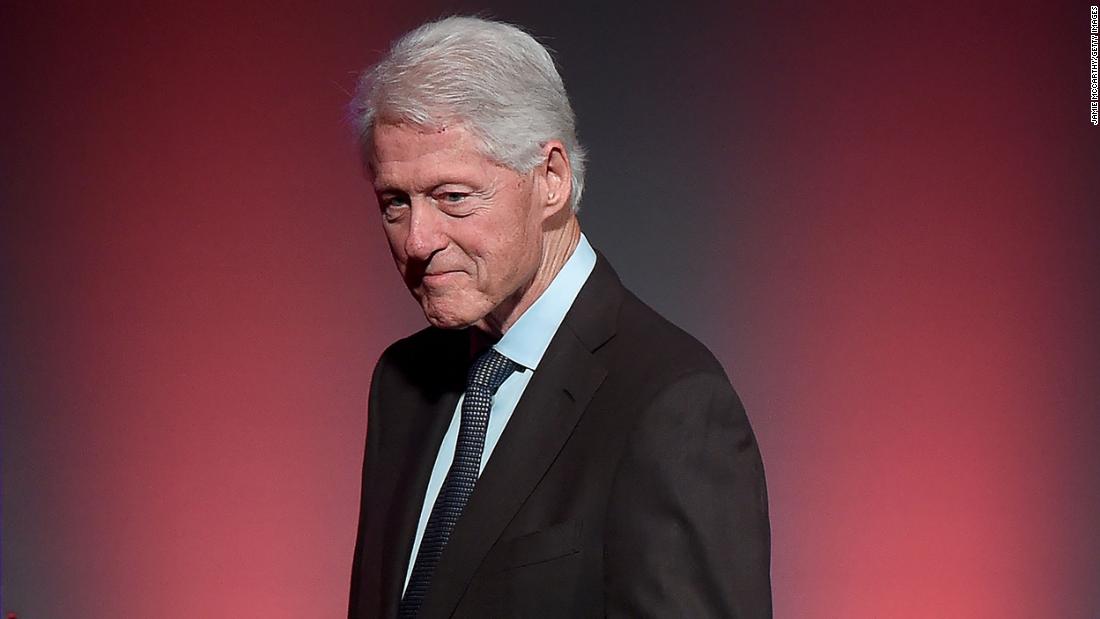