Below, watch a translated video interview with the group, exclusive to Billboard, and see their full 20 Questions.

1. What’s the first piece of music that you bought for yourself, and what was the medium?

2. What was the first concert you saw?

Intak: Open Concert by KBS when I was 7!

3. What did your parents do for a living when you were a kid?

Keeho: [My mom] used to do work related to music, she was a musician. My dad used to work at a university as a counselor.

Theo: My mom is a hairstylist.

Jiung: My mom used to be a banker and my dad used to work at National Tax Service.

Intak: My mom is a [yoga] trainer or coach and my dad is a businessman.

Jongseob: My mom used to be a jazz dancer as well as an instructor and my dad used to work at National Dance Company of Korea.

4. Who made you realize you could be an artist full-time?

Keeho: Myself and acquaintances

Jiung: My rap and my vocal coach

Intak: My parents. They gave me full support, as well as the confidence to be able to pursue my dream.

Jongseob: B.A.P and my parents

5. What’s at the top of your professional bucket list?

Theo: Our own world tour!

Jiung: To perform in front of a million people

Intak: To become a respected musician

Soul: To perform at a big music festival or a stadium, like Coachella

Jongseob: To perform until I can’t

6. How did your hometown/city shape who you are?

Keeho: It’s a place where I was able to gain my own confidence and learn the importance of being friendly [manners]. It’s also where I was able to experience a wide range of vocalists and their styles, which ultimately helped me shape and find my own vocal style.

Theo: It’s a place where I was able to live without any pressure or concerns.

Intak: I was raised in the rural part of Korea, so I was always close to nature and grew up playing in the valleys or riding gunny sacks in the mountains. I think that’s what helped me be at leisure.

Soul: It’s a place where I grew up without any hardships.

Jongseob: It was one of the most comfortable places in Korea with positive vibes and clean, refreshing air, which helped me find peace and ease.

7. What’s the last song you listened to?

Keeho: Alicia Keys, “If I Ain’t Got You”

9. If you could see any artist in concert, dead or alive, who would it be?

10. How has the pandemic affected your creative process?

Keeho: My source of inspiration has become very limited, as I don’t get to go to new places or meet new people.

Theo: I think because I couldn’t really go out, I was able to focus more on my craft.

Jiung: I was able to really dig deep into my work, writing lyrics and composing.

Intak: I didn’t have a lot of ideas, but I also thought writing about COVID-19 could be a source of new ideas.

Soul: It was hard because I couldn’t really go to places that would usually help me get inspiration.

Jongseob: It was a bit difficult because I lacked having new experiences and meeting new people. My source of inspiration was also very limited, because I would just go to the same places.

11. How did starring in the film P1H: The Beginning of a New World prepare you for your debut as a K-pop boy band?

Keeho: I think it was a good opportunity for me to learn how to be more comfortable in front of the cameras.

Theo: I was able to gain confidence and felt a sense of pride knowing that we were the first ones to debut in a unique way with a full-length movie.

Jiung: I think it was a unique way of introducing us to the world and gave us the opportunity to learn how to be more focused and theatrical onstage.

Soul: It was a great experience, because it allowed me to learn the basic manners of the industry and the importance of staff members.

Jongseob: I think it helped us build a strong storyline and composition for our music. It will be easier to understand our music and its message if you watch the movie.

12. What do you want fans to take away from your mini-album Disharmony: Break Out?

Keeho: I believe it would depend and vary on how you interpret it, but we hope our listeners really enjoy our music.

Theo: I hope our fans and listeners gain confidence through our music, which is one of our strongest messages.

Jiung: I would like for our fans P1ece to really understand, take and gain everything from what we are trying to deliver in our message.

Intak: I would like for our fans to find the courage to speak up and have their own voice.

Soul: I just want our fans to be happy when they’re listening to our music!

Jongseob: I think it depends on who is listening, but I hope our fans can take away anything and everything they can in a positive way and earn confidence as well.

13. Which song from Disharmony: Break Out is the most meaningful to you and why?

Keeho: I think it’s “If You Call Me” because it’s a song that all six of us worked on together

Theo: I would like to pick “Reset,” because I did so well in the studio while recording this song, so it means a lot to me.

Jiung: I’d say “Pyramid” because the lyrics “I’m on the top of the pyramid” helps me feel like I’m really the best and makes me want to live by that mindset. It definitely has become one of my favorite tracks.

Intak: I would pick “If You Call Me” for the same reason Keeho picked it. It’s a meaningful song to me because we all worked on it together as a team.

Soul: I think every single track on the album has a special meaning for me and because it’s all our songs, it’s a super difficult question to answer.

Jongseob: I think for me, our title track “Scared” is the most meaningful. The message of the song, which is not to be afraid to voice your own opinions and to live the life you want to live, is what I strongly believe in and that’s the kind of attitude I want to have.

14. Your debut EP Disharmony: Stand Out is much more hip-hop leaning, while your second features more R&B harmonies and EDM production while still refining the rap verses. What made you want to switch up your sound in only a manner of six months?

Keeho: I think we wanted to really make sure our message is being delivered clearly and strongly, so I think that’s why we picked tracks that were as strong with aggressive sounds.

Jiung: I don’t think we had a special moment or particular reason as to why we decided to do what. We just wanted to portray our feelings and thoughts that we felt at that moment while making music, and the time that we spent in between our albums, is what probably contributed to the change of sound as well.

Intak: As Keeho mentioned, I think we wanted to stand out a bit more with more clarity and distinct characteristics, which is what drove the aggressiveness and the slight change of sounds for this album.

15. Since you help choreograph and conceptualize your videos, what do you hope to convey in the accompanying visuals for Disharmony: Break Out?

Keeho: As you can see in our choreography for “Scared,” we incorporated football into our routine. Football is a sport that is very aggressive and requires a lot of energy so we thought it was a good fit with our song. With these specific key points, we tried to really emphasize our message as well as our energy.

Jiung: I think our choreography, stage outfits, and concept all adds up and helps level up the intensity of the song as well as the message that we want to deliver. Our music video and choreography really turned out well, so I hope our fans appreciate and enjoy it!

16. Which artist is on your bucket list to collaborate with?

17. What’s one thing that even your most devoted fans don’t know about you?

Keeho: I really don’t like long nails. I just can’t stand it, so I tend to always keep my nails short.

Theo: I don’t really sweat. I don’t think I sweat at all.

Jiung: I have a habit of chewing the inside of my mouth, unintentionally.

Intak: My lips are naturally moisturized so I don’t need to use a lip balm to make them glossy!

Soul: I have dermographism, so even the slightest irritation like a scratch will leave a mark/scar for a while.

Jongseob: I have a slim waist and biggest feet of all members.

Keeho: I don’t really cry, so I don’t think there’s a movie that ever made me cry.

Theo: The Korean movie Miracle in Cell No. 7 makes me cry every single time I watch it.

Intak: I have a couple, but if I had to just pick one, it’d be the movie Forrest Gump.

Soul: I don’t cry like Keeho so I have never cried watching something and I just don’t like to watch sad movies.

19. What’s one piece of advice you would give to your pre-debut self?

Keeho: Don’t worry too much and work harder.

Theo: Think 100 times before acting on it.

Jiung: Are you truly sincere?

Keeho: I hope to release as much music as we can!

Theo: I wish we can make at least 3 comebacks.

Jiung: I hope to gain more emotional peace and stability.

Intak: “Rookie of the Year” award!

Soul: There’s a necklace I really want to buy and I hope to buy it by the end of this year! 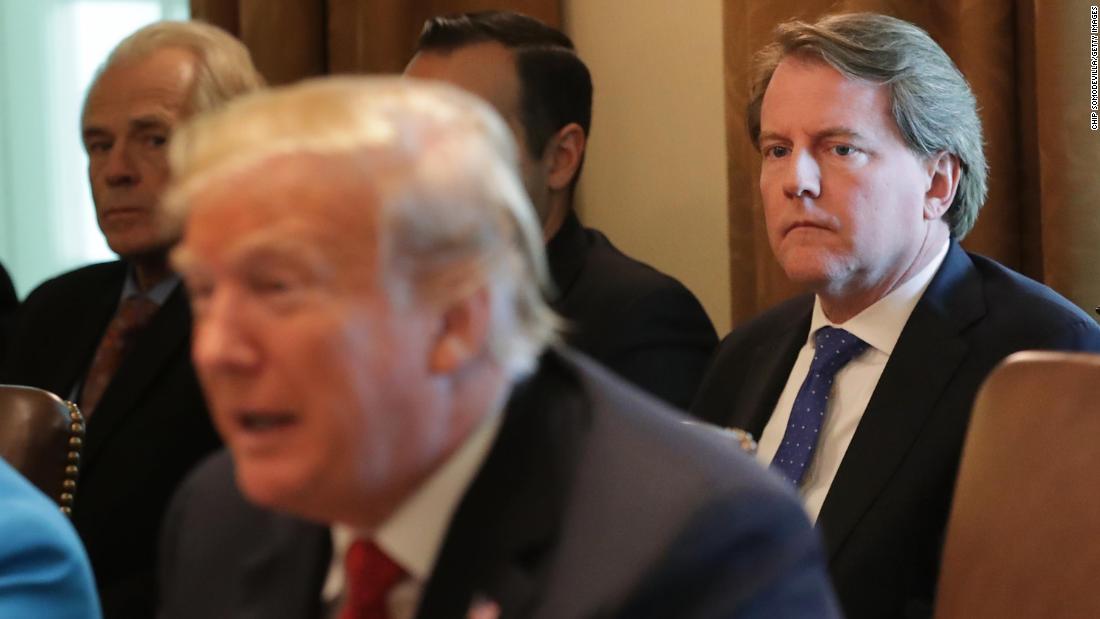 Analysis: The scandal over Trump’s leak investigations keeps getting worse
4 mins ago 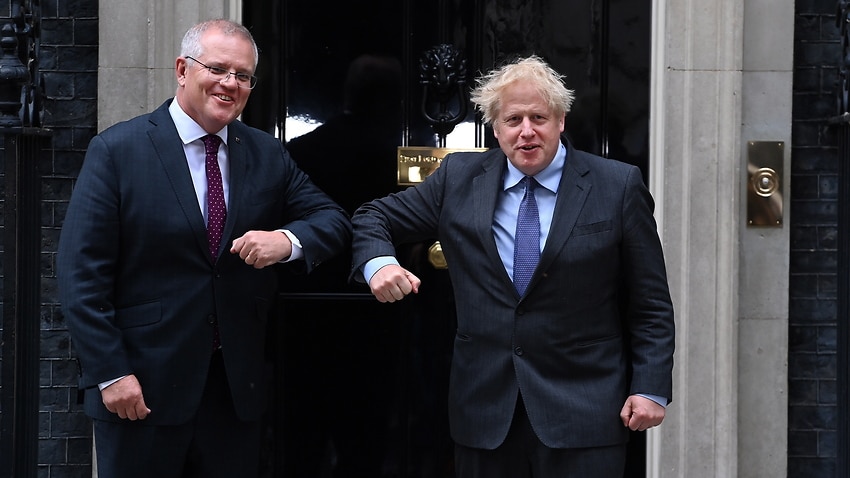 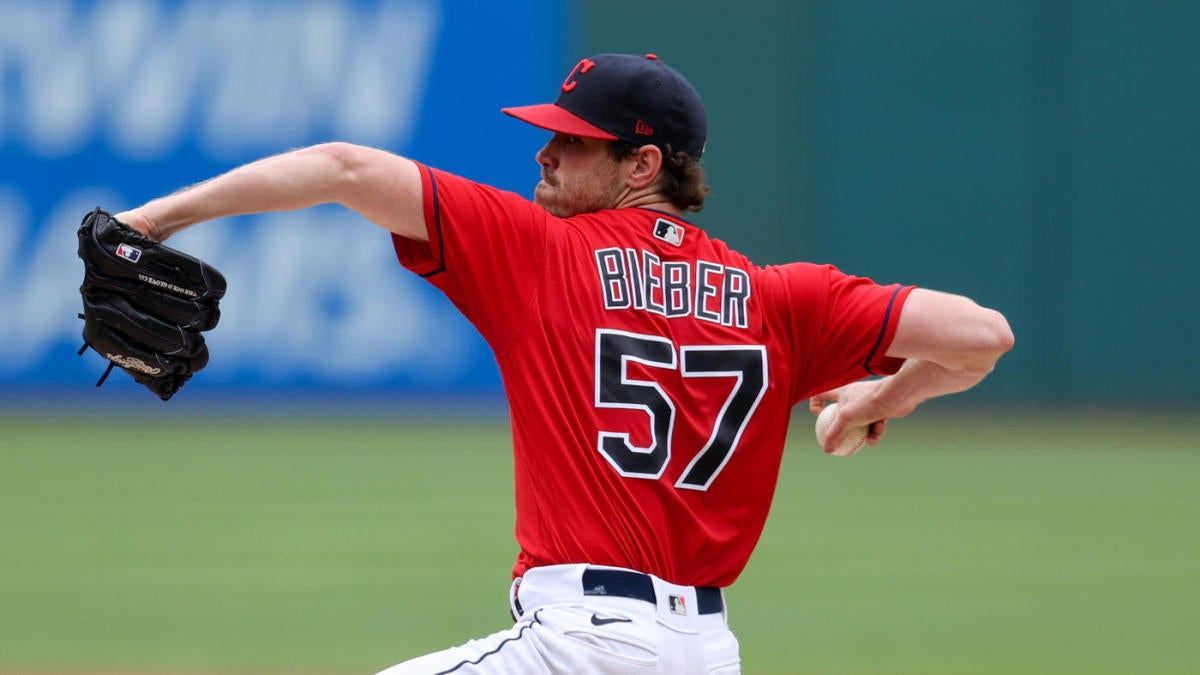