The young Gen Z Americans are confronting hate both in person and online in ways that have surprised and alarmed them, according to organizations that help Jewish Americans and monitor anti-Semitism.

The violence in Israel and in Gaza was the most deadly since 2014 and was the first time many students have faced the anti-Jewish sentiments that are often attached to opposition to actions by the Israeli government.

And that brought them face to face with the centuries-old dilemma of whether they need to hide their faith to feel safe or if they can be authentically Jewish, Braun said.

Some Hunter College students were at Times Square in New York City for a pro-Israel demonstration when a Jewish man heading to the same rally was beaten and kicked while anti-Semitic slurs were hurled at him.

“Dirty Jew. Filthy Jew. F*ck Israel. Hamas is going to kill you. Go back to Israel,” one man shouted as he attacked Joseph Borgen, who was wearing his kippah or yarmulke, a Jewish head covering.

“What I’m hearing from students is that they’re concerned about that,” Braun explained. “They’re wondering, is openly looking Jewish going to impact their safety?”

Borgen said he might reconsider wearing his kippah now, something he had never thought about before. That hard choice is not even an option for some of the students Braun counsels, some of whom wear customary or traditional dress and head coverings that make them easily identifiable.

Other Jews Braun works with are students of color. “Not all Jews look the same,” she said, though they now have something else in common.

“They’re terrified because they’ve never seen that kind of violence against someone who affiliated the way that they do,” Braun said.

Mitchell Silber, executive director for the Community Security Initiative of the Jewish Community Relations Council, New York, agreed times were changing in the US. “People are being attacked for looking visibly Jewish,” he told CNN.

“One of the things that was always amazing to Jews in Western Europe, was that in the United States that Jews could be visibly Jewish. They could have that beard, they could wear that kippah, they didn’t have to feel that their security was at risk. This right now is a bit of a test of the American situation, and I hope that we pass it.”

The same week as the Times Square attack, now being investigated as a hate crime, a Brooklyn man was charged with arson after allegedly attempting to set a synagogue and Jewish school, or yeshiva, on fire.

In Boca Raton, Florida, a van drove through a pro-Israel rally with the words “Hitler was right” scrawled across the window as those inside waved a Palestinian flag and one wore a shirt emblazoned with Nazi SS lightning bolts.

In Los Angeles, witnesses said people got out of a car outside a sushi restaurant and began asking indiscriminately who was Jewish. The words “Dirty Jew” were heard. Glass bottles were thrown at the table. One man was arrested and police requested his bail be “enhanced due to the crime being motivated by hate.”

Along with these events, another widely shared example of hate was from London, where four men were arrested on suspicion of racially aggravated public order offenses after shouting through a microphone from a moving car. “F*ck the Jews” and “Rape their daughters” while professing support for Palestinians.

Braun found herself inundated with a slew of text messages from her students who were scared and unsure how to react.

Anti-Semitic posts also started showing up on students’ feeds, from people they knew or followed — places from where they did not expect hatred.

“One student sent me a screenshot of someone who said, ‘Hamas needs more rockets,'” Braun recalled.

Hamas, the militants who control Gaza, fired more than 4,360 rockets at Israel, killing at least 12 people, CNN has reported. Israel said it struck 1,600 military targets in Gaza. Some 248 Palestinians, including 66 children, were killed, according to the Palestinian Health Ministry in Gaza, which is run by Hamas. A further 28 Palestinians, including 4 children, were killed by Israeli soldiers during violent confrontations in towns and cities across the West Bank in the 11 days of violence, according to CNN’s count of data from the Palestinian Health Ministry in the West Bank.

Braun said she felt the same fear and concern at the calls for more violence against Jews as many of the students. She advised them to sit with their feelings for a while, figuring out what was best for them to feel safe, knowing how deeply the online antagonism had hurt.

“Gen Z students live online and that’s where they feel most comfortable,” she said. “So, this one comfortable space for them is now feeling unsafe and at risk because the anti-Semitic commentary and videos and images that they’re seeing feel to be really nonstop. That’s been particularly challenging for them.”

While dealing with anti-Semitism may feel new to some students, the level of vitriol has hit alarming levels, according to the Anti-Defamation League, which monitors hate.

“In the past you’d have a conflict in the Middle East and maybe you’d see vandalism at a synagogue,” ADL CEO Jonathan Greenblatt said. “We’ve seen a blitzkrieg of anti-Jewish acts across the country.”

The organization, for example, found 17,000 tweets with variations on the same horrific phrase emblazoned on the van in Boca Raton: “Hitler was right.”

The barrage of social media content around Israel and the actions of its government and military has been growing and growing, much of which, as the ADL notes, is filled with hate or misinformation. The sharing of short messages can also be problematic in such a complex and nuanced geopolitical issue.

Hillel has long worked on trying to educate people about the dangers of conflating anti-Israel views with anti-Semitic views.

“What I think is most alarming is that there doesn’t seem to be broadly an understanding that there’s actually a difference between disliking Jews and disliking Israel, or liking the Israeli government, liking Israel — those are really separate items,” Braun said.

Silber, who works with community members across religious groups, wants to see elected officials and religious leaders step up to make that difference clear, as part of a multipronged strategy.

“One prong of that is education and interfaith relations, and having … religious leaders be able to say, ‘Listen, you may have strong feelings about the conflict in the Middle East, and you may want to protest and that’s absolutely fine as part of the American tradition. But what’s not fine is spinning off from that protest and beating someone with a crutch with or throwing a firecracker or throwing of bricks through windows. That’s absolutely not acceptable.’ We need to hear that.”

Both online and in person, Braun says her students are not hearing that kind of support.

“Students are feeling lonely because they’re not seeing the kind of outcry about anti-Semitism that they themselves participated in, in other formats of hate,” Braun said, referring to mass protests and activism following the murder of George Floyd or attacks against Asian Americans.

“Seeing silence on the internet is deafening.”

CNN’s Nick Watt and Rosalina Nieves contributed to this story. 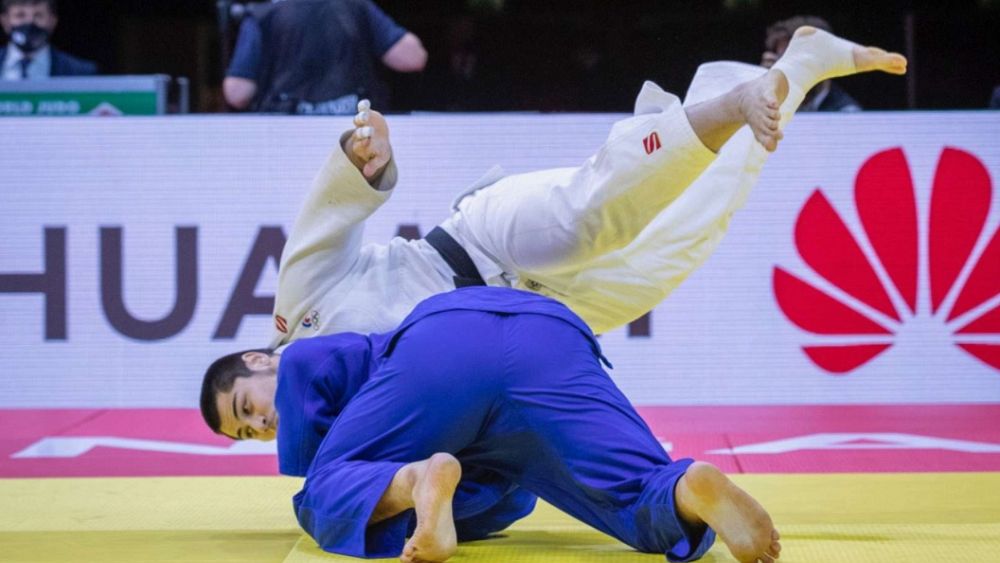