The violence in the occupied West Bank marks the largest number of people killed in a single day there for years.

The Palestinian Red Crescent said Palestinians had been targeted with live ammunition, as well as rubber bullets and teargas.

According to the Palestinian Health Ministry, more than 500 Palestinians have been injured since clashes erupted earlier this week. The majority of those injured on Friday were “shot by live ammunition,” the Health Ministry added.

A spokesman for the Israel Defense Forces (IDF) said in a statement live ammunition was used after “crowd dispersal means” (referring to tear gas and rubber-coated bullets) had failed to stop the unrest.

The IDF estimated about 5,000 people had been involved in what it called riots across the West Bank, with participants throwing stones and incendiary devices at soldiers and military positions.

Speaking to a CNN team in Bethlehem, protesters said they will continue to demonstrate in solidarity with Palestinian families facing forced eviction in the neighborhood of Sheikh Jarrah in Jerusalem, as well as those coming under Israeli bombardment in Gaza.

“We are doing this to show we stand with Gaza and our brothers in Jerusalem and [our brothers] inside Israel,” one protester who refused to give his name told CNN.

Conflict between Israelis and Palestinians boiled over at the start of the week, fueled by controversy over planned evictions of Palestinian families in East Jerusalem and restrictions at a popular meeting point near the Old City as Ramadan began. It has since escalated rapidly into one of the worst rounds of violence between the two sides in the last several years.

Rioting and violent clashes between Arab and Jewish citizens swept across several Israeli cities this week — among them Lod, Bat Yam and Acre — leading Israeli Prime Minister Benjamin Netanyahu to warn against “lynching” by either community.

One Palestinian man was shot and killed by Israeli forces close to the West Bank’s Ofra settlement after trying to stab a soldier with a screwdriver at a checkpoint, the Israeli military said. The soldier was unharmed.

One Israeli woman died overnight Thursday into Friday after she fell as she was running to a shelter, the Israeli military said Friday, making her the eighth Israeli to die since the IDF and Palestinian militants began exchanging fire on Monday.

According to the IDF, more than 160 Israeli Air Force, infantry, artillery and armored units from 12 different squadrons attacked about 150 targets in underground infrastructure in northern Gaza overnight Thursday into Friday.

A fifth day of fighting

In a briefing with journalists later Friday, an Israeli military official said more than 2,000 rockets had been fired toward Israel from Gaza since Monday, adding that Israel is prepared to continue hitting “quality targets” for an “extended period of time.”

The IDF said the operation has been focusing on dismantling an underground network of tunnels where Hamas houses its strike capabilities and shelters its senior members.

“In terms of personnel we have successfully targeted dozens of senior Hamas and Islamic jihad leaders and according to our assessment that has caused a sense among the senior leaders that they are being hunted,” the official said.

At least 75 militants have been killed since Monday, the official said, but added the numbers are a conservative estimate.

However, the Palestinian Health Ministry in Gaza has accused the IDF of “direct targeting of crowded civilian areas” and failing to take precautionary measures to spare civilian lives, charges the IDF strongly rejects.

“We’re seeing a lot of these people coming to the UN agency in Gaza that deals with refugees, which means they are now in schools… they’re being sheltered there,” Hastings said.

UN Secretary-General António Guterres called for all sides to stop fighting in Gaza and Israel and allow for mediation efforts to “intensify with a view to ending the fighting immediately,” UN spokesman Stéphane Dujarric said Friday.

White House press secretary Jen Psaki said the administration’s focus is on de-escalation and working with allies in the region on that goal.

A CNN producer inside Gaza reported heavy incoming artillery fire from Israeli ground forces near the border as well as dozens of airstrikes.

CNN also spoke by phone Friday with Tariq Al Hillo, 27, from Beit Lahia in Gaza, who described a “terrifying” scene overnight as the buildings around his own block — which is home to six families — were destroyed.

“I can’t even describe it, I don’t know where to start and I’m losing my sanity,” he told CNN. “All the buildings around us were totally destroyed yesterday, we saw shreds everywhere. I can still see them until now, I can still hear women screaming and men crying loudly.”

People believed they would be killed at any moment, he said. “We lost everything around us and we lost safety. I have five sisters, three of them are children between 10 and 15 years old, they were shaking and looking around them traumatized and waiting for their turn to come under the rubble.”

At 2 a.m., he decided they should leave the house to walk to a relatives’ home five or six miles away, Hillo said. “I was not afraid to die, but I was afraid that one of my family members would,” he said. “On our way I was telling my sisters to calm down and that nothing will happen to us, but I was shaking and couldn’t even walk because I was terrified.”

Meanwhile, Jordanian authorities dispersed protesters charging towards the border with Israel in the Jordan Valley, a statement released by the Jordanian Public Security Department said.

Hundreds of people had gathered near the King Hussein bridge crossing from Jordan into Israel, in the Jordan Valley, to protest Israeli air strikes on Gaza and current measures against Palestinians in Jerusalem, according to Jordanian public broadcaster, Al Mamlaka TV.

Videos from the scene show Jordanian forces firing tear gas to disperse the crowds, after a number of protesters charged towards the border despite authority warnings not to leave the protest venue. The Jordanian Public Security Department said police used “proportionate force.”

Over the past few days, protesters have been marching in Jordan against Israeli strikes in Gaza. 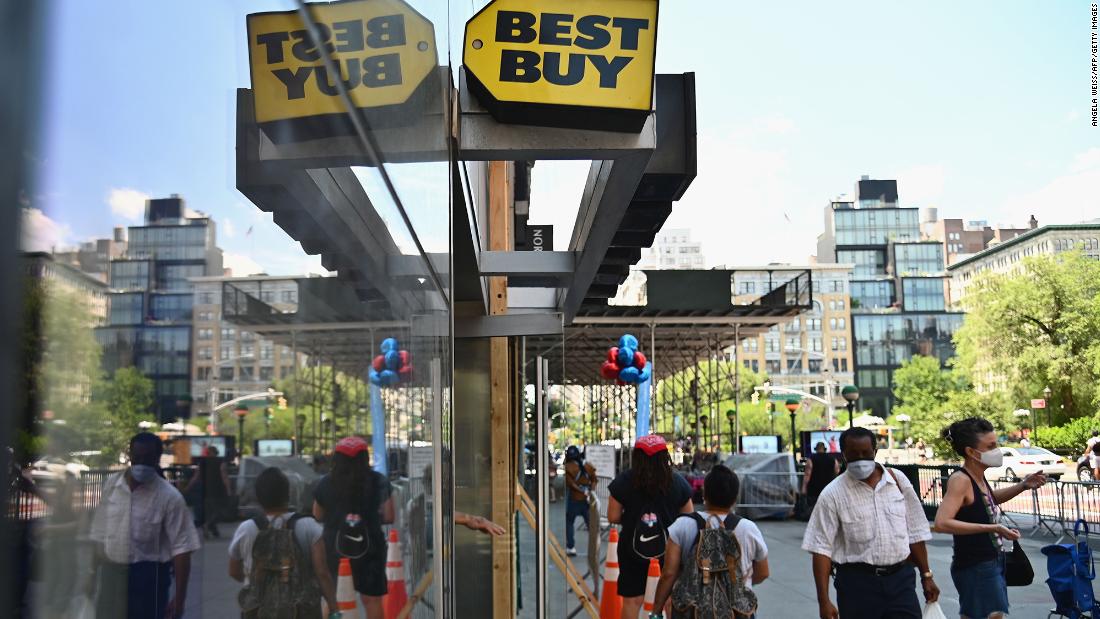 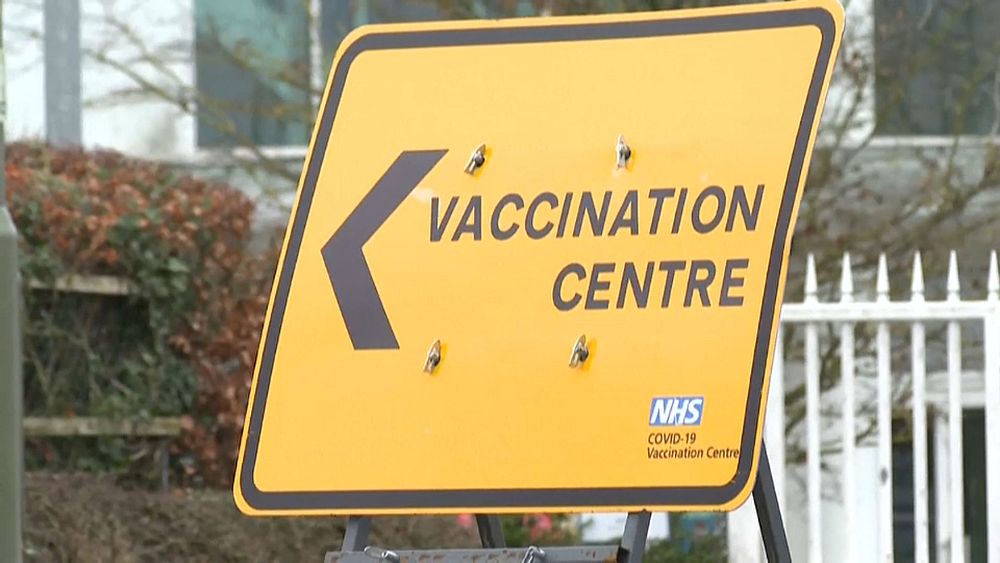 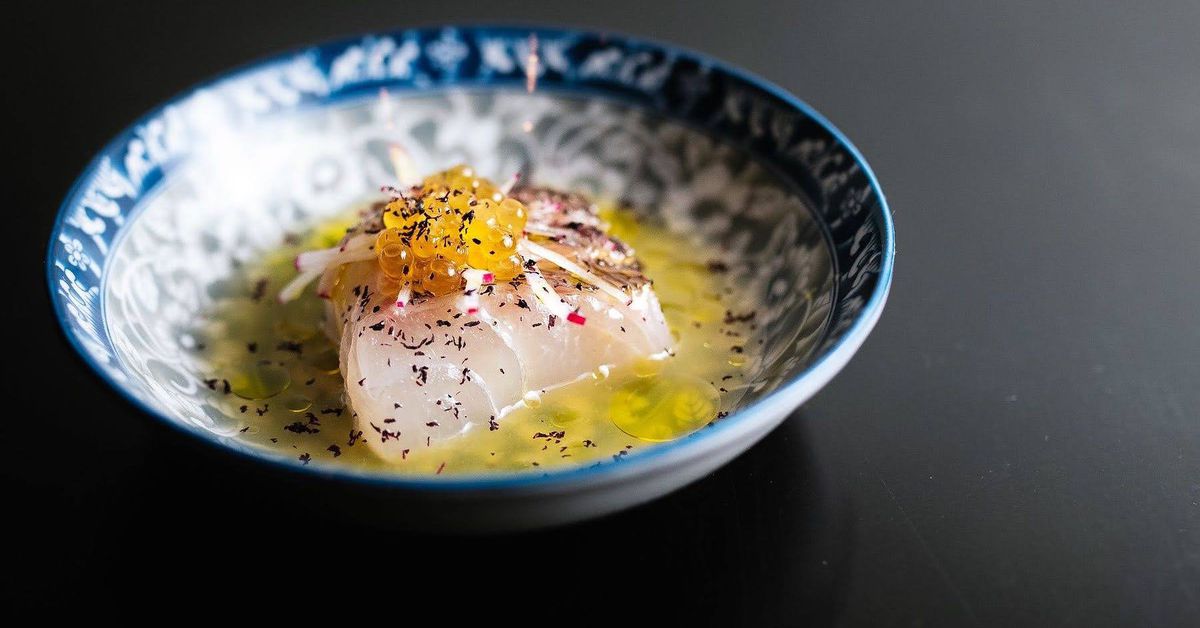 Mary-Kate and Ashley Olsen on Working Together as Twins, The Row, and Preferring to be ‘Discreet’
7 mins ago