“We don’t see anything that’s slowing us down, quite frankly,” Biden said.

The President-elect has already crossed the necessary threshold of 270 electoral votes, according to projections from CNN and other major news outlets and has a chance of matching Trump’s 2016 total of 306 electoral votes given his leads in Georgia and Arizona.

And more false accusations and conspiracy theories touted by Trump supporters to claim electoral fraud are dissolving, a day after Attorney General William Barr stepped into the political fray to advise prosecutors to probe major fraud.

The Department of Homeland Security meanwhile pushed back on rumors that ballots were cast on behalf of dead people.

But the Trump team only dug itself deeper into a bizarre parallel universe — one where the President has already secured a second term — consistent with the embrace of misinformation and alternative facts that has characterized the last four years.

The administration’s defiance took an even more ridiculous twist on Tuesday when Secretary of State Mike Pompeo showed his loyalty to a leader who shows no sign of working on key issues — including a pandemic that has now landed more Americans in hospitals than ever before.

“There will be a smooth transition to a second Trump administration,” Pompeo said. Asked whether Trump’s refusal to concede undercut traditional US critiques of corrupt elections abroad, Pompeo rounded on a reporter: “That’s ridiculous. And you know it’s ridiculous, and you asked it because it’s ridiculous.” As recently as Monday, Pompeo issued a statement warning of electoral issues in Myanmar, which was long ruled by the military and has endured a difficult transition to semi-democracy where dissidents once looked at the US as a lodestar.

In Wilmington, Delaware, the President-elect pointedly refused to pour fuel on the fire, dismissing the idea that he needed to take legal action to release transition funds and making clear that he was confident that the process of assuming power would eventually work itself out.

He described Trump’s behavior since Election Day as “an embarrassment” and after saying he was seeking to be tactful added: “It will not help the President’s legacy.” Asked whether Republicans would ever accept his victory, he said, “They will, they will,” and he suggested with a half-smile that GOP senators were “mildly intimidated” by the President.

Biden, who once had a reputation as a windy public speaker, is showing a new persona to the American people. He noticeably chose his words carefully on Tuesday, putting on a show of calm, as he experiences the transformation that often comes over victorious candidates as they begin to assume the weight of the presidency after winning elections.

Trump by contrast is tarnishing the instruments of American democracy by refusing to concede and leaving the country more vulnerable with revenge firings that threaten to weaken critical national security agencies.

After Trump fired Defense Secretary Mark Esper, who had put loyalty to the Constitution ahead of his duty to the President, three other senior Pentagon officials have been fired or resigned. They include the department’s top policy official, James Anderson, who resigned and is being replaced by retired Brigadier General Anthony Tata, whose nomination for the post earlier this summer foundered after CNN’s KFile reported his numerous past Islamophobic and offensive remarks.

Sources told Barbara Starr and CNN’s Pentagon team that the dismissals might be motivated by pushback from Esper and his team against a withdrawal from Afghanistan that would be carried out before the required conditions on the ground were met, and other pending security issues.

“This is scary, it’s very unsettling,” one defense official told CNN. “These are dictator moves.”

A disputed transfer of power could offer US adversaries an opening, especially if there is a belief abroad that there is disarray in the national security infrastructure. Trump may next turn his ire on CIA Director Gina Haspel and FBI Director Christopher Wray, CNN’s Jake Tapper has reported. Democratic Sen. Chris Murphy of Connecticut said on CNN International Tuesday that he feared the US was entering a dangerous period.

“I think he has eviscerated his credibility internationally because I think there are very few people even in the US government who believe that is the case,” Bolton said.

Despite Trump’s claims that his second term is being stolen from him, the President’s legal claim has so far made no headway in its efforts to claim massive fraud. The gambit looks increasingly like a political exercise as Trump struggles to come to terms with his defeat while Republican senators scared of the President’s political base refuse to cross him, especially with two Georgia run-off elections scheduled for January that will decide control of their chamber.

Trump’s already minuscule opportunity to change the course of the election is diminishing by the day. Biden is now more than 46,000 votes ahead in Pennsylvania, is up by 12,000 in Georgia and has a lead of 14,000 ballots in Arizona. It is not clear whether there are sufficient remaining votes left in the Grand Canyon state for the President to overtake the President-elect.

As the Trump campaign filed a new long-shot lawsuit in Michigan, which Biden won by nearly than 150,000 votes, its communications director Tim Murtaugh said, “We do believe that ultimately President Trump will be declared the winner of this election.”

But Benjamin Ginsberg, a veteran Republican election lawyer, said that the Trump campaign “was a long way from nowhere” in its quest to overturn the outcome of the election.

“To win cases, they have to put enough results into play to change the outcome of the election in individual states and in none of the suits they have filed around the country are they anywhere close to doing that in any state,” Ginsberg said on CNN’s “The Situation Room.”

Still, Senate Majority Leader Mitch McConnell dug in Tuesday on his insistence that Trump was within his rights to pursue his complaints.

“I think we ought to quit all the hand-wringing and not act like this is extraordinary,” the newly reelected Kentucky Republican said.

“We’re going to get through this period and we’ll swear in the winner on January the 20th, 2021, just like we have every four years since 1793.”

While many observers believe McConnell is playing a long political game — with the Georgia run-offs and the 2022 midterm congressional elections in mind, the silence of Republican senators is emboldening Trump’s intransigence.

The world has already moved on

But while GOP lawmakers aren’t willing to break with the President, many world leaders are moving to embrace Biden — including a number of whom who saw themselves as ideological counterparts of the President.

Biden’s campaign released statements on the President-elect’s calls with the leaders of France, Germany and Ireland. Biden also spoke to British Prime Minister Boris Johnson, whose populist leanings made him a good fit with Trump. Johnson promised to work with Biden in a post-Covid-19 era.

Even Turkish President Recep Tayyip Erdoğan, who bonded with Trump over their common strongman tendencies, issued a public message congratulating Biden on his “election success.” And Saudi King Salman and Crown Prince Mohammed bin Salman — who has a close and controversial relationship with Trump and his son-in-law Jared Kushner — sent Biden a cable in which they conveyed congratulations on “His Excellency’s victory in the presidential elections.”

Biden said he had a simple message for all the world leaders: “I am letting them know America is back.” 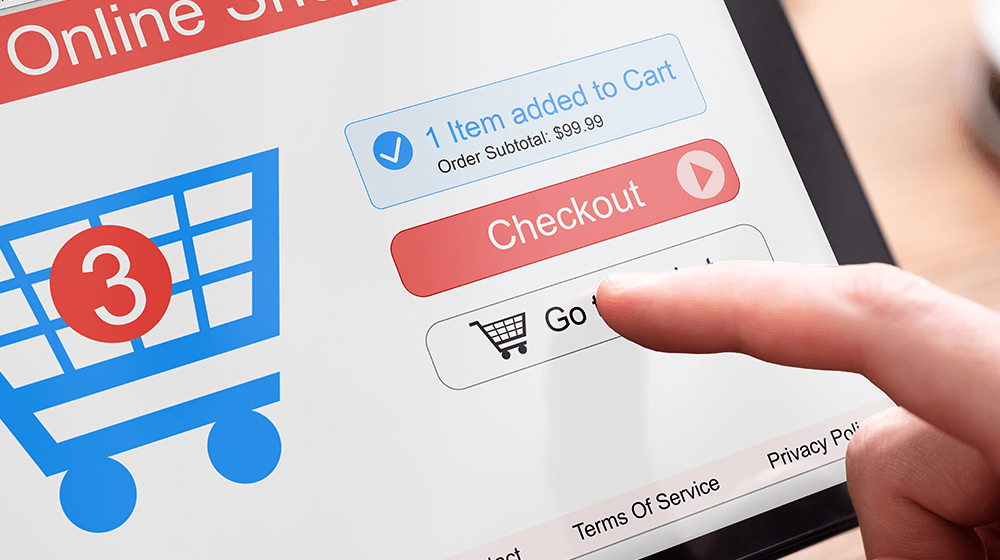 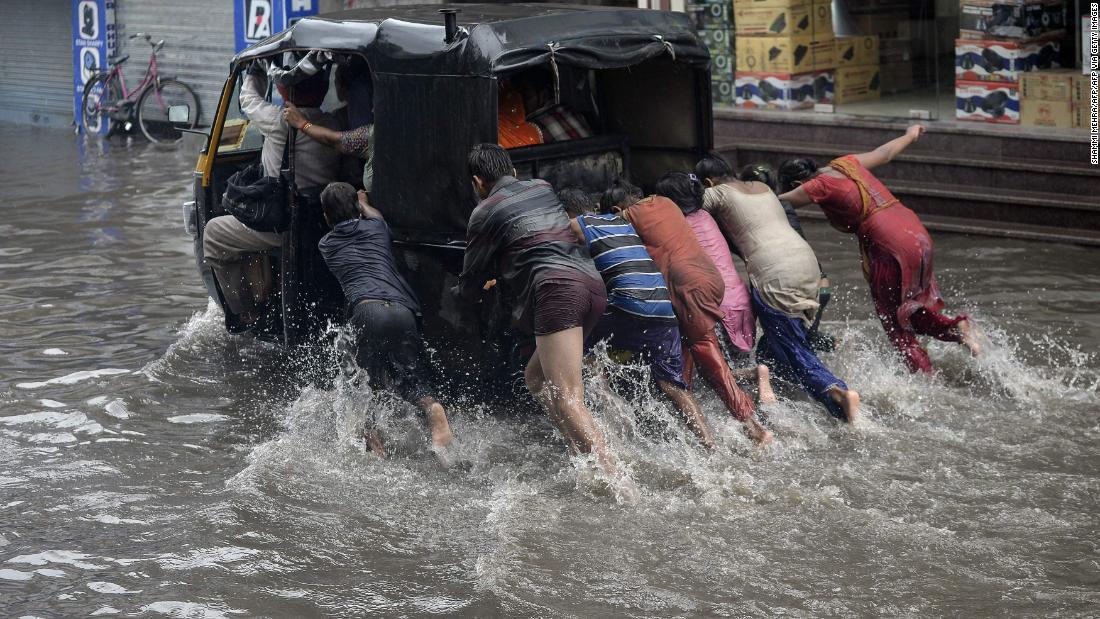 Amid ‘enormous backlash’, the government hits pause on NDIS independent assessments
16 mins ago