Two months into the new season the New York Yankees are 31-29 with a minus-4 run differential. They started 5-10, then went on a 23-9 run, and now have lost 10 of their last 13 games. That includes getting swept by the Tigers and by the AL East rival Red Sox at home for the first time since 2011.

The Yankees received some rare positive injury news over the weekend. Luis Severino, the club’s erstwhile ace, started an official minor-league rehab assignment Sunday as he works his way back from Tommy John surgery. Shoulder, lat, and elbow injuries limited Severino to 20 1/3 innings from 2019-20, postseason included.

“Very encouraged. I have not seen the video yet, but my understanding is he threw the ball really well, upper-90s with the fastball,” Yankees manager Aaron Boone said Sunday (video link). “… What I’ve seen, his live batting practice sessions leading up to this have been really good. I know he feels really well. Continue to be encouraged and today was another positive step.”

In his first rehab start Severino allowed one run on two hits and one walk in 2 2/3 innings with the Low-A Tampa Tarpons. He struck out three and threw 34 pitches. Because the Tarpons play at George M. Steinbrenner Field, the Yankees’ spring training park, there is Statcast data available for Severino’s outing, and the numbers are all in line with 2018, his last fully healthy season.

Everything is right where the Yankees and Severino want it to be. He’s spinning the ball and throwing it as hard as he did before his elbow began acting up, and this was only his first rehab outing. Severino did get built up to three innings in simulated games prior to going out on his rehab assignment, so it’s not like he jumped off the couch and onto the mound, but that’s all encouraging.

Minor-league rehab assignments for pitchers can last up to 30 days, though Article XIX(C)(3)(c) of the collective bargaining agreement allows teams to request up to three additional 10-day periods for players recovering from Tommy John surgery, so it’s essentially a 60-day rehab window. That means that, barring a setback, Severino will return no later than Aug. 5.

Of course, 60 days is a long rehab assignment, and it’s likely Severino will return sooner than that as long as he holds up physically. In fact, Boone recently confirmed the Yankees are planning to bring Severino back before he’s fully stretched out. They’re not going to rush him, but they’re not going to waste bullets getting him stretched out to 100 pitches in the minors either.

“Part of the plan actually has him — probably going to come [off the injured list] and still be building up even from his first outing with us,” Boone told reporters, including NJ.com’s Brendan Kuty. “… Whether [he’s ready in] a month, four weeks, six, whatever it is, he’s getting to that point now.”

The Yankees have not had an MLB starter return from Tommy John surgery during the season since Iván Nova in 2015 (Jordan Montgomery returned as a reliever in Sept. 2019 because there wasn’t enough time left in the season to get stretched out to start). Like Severino, Nova threw simulated games before jumping into a rehab assignment, and in his three rehab starts, Nova threw 72, 71, and 84 pitches.

Severino threw only 34 pitches in his rehab start Sunday, so the Yankees are being more deliberate with him than they were with Nova in 2015 (Tommy John rehab protocols have changed quite a bit since then, it should be noted). Assuming five days between rehab starts and a standard 15-pitch increase each time out, Severino’s rehab schedule figures to look something like this:

The Yankees surely have a plan mapped out for Severino’s rehab, though there’s undoubtedly wiggle room built in. There has to be. There are often bumps in the road during Tommy John surgery rehab — a dead arm period is not uncommon — and if the Yankees and Severino have to hit the pause button at some point, they will. The team will see how Severino responds each time out.

New York’s rotation has been excellent overall this season (fifth in MLB with 6.5 WAR), though Corey Kluber is on the injured list, and swingman Michael King is filling in as the fifth starter. Severino was a legitimate ace from 2017-18 (3.18 ERA and 9.5 WAR), and while expecting him to be that guy right away is unrealistic, he doesn’t have a high bar to clear to be a rotation upgrade.

For now, the Yankees will proceed cautiously with Severino’s rehab and make sure he’s in the best possible position to help them when he returns. Whenever he does return though, he has a chance to give the Yankees a real big lift, especially with Kluber out long-term. There’s still a long way to go, but the Yankees should be very encouraged by Severino’s first rehab outing.

At 3.72 runs per game, the Yankees are the fourth lowest scoring team in baseball this season, and “inconsistent” is often used to describe their offense. I disagree with that. The Yankees offense has been very consistent. Consistently bad, but consistent. They’ve scored two runs or fewer in 11 of their last 18 games. That seems pretty consistent to me.

The Yankees are also consistently bad on the bases. Bad enough that they’re arguably the worst base-running team in the sport. Things really came to a head last Wednesday, when they made three base-running mistakes in one inning to snuff out a potential rally. Gio Urshela was thrown out at third trying to advance on a ball in the dirt, Gleyber Torres did not follow as the trail runner, then Torres was picked off first. Yeesh.

“[It] has been enough of an issue for us. A lot of things needed to be addressed,” Boone told reporters, including Dan Martin of the New York Post, after Wednesday’s game. “The last thing you want to do is stifle aggression. Obviously, in that situation, making the first out at third base is not a good play. We’ve seen times in the last week or two we’ve lacked aggression out of fear of making mistakes.”

It’s one thing to be an aggressive base-running team that runs into some outs. Push the envelope on the bases and you’re going to make outs. It happens. The Yankees are not that though. They’re just a bad base-running team, with mental mistakes outweighing good aggression gone wrong. The numbers going into Monday’s off-day paint an ugly picture:

FanGraphs has an all-encompassing base-running statistic that includes stolen bases, taking the extra base (i.e. going first-to-third on a single, etc.), advancing on pitches in the dirt, etc. The Yankees are dead last in baseball at minus-13.0 runs on the bases. The Mets are next worst at minus-8.9 runs, so the Yankees are last by a huge margin. These days 9.7 runs equals a win, so the Yankees have cost themselves nearly a win and a half on the bases alone. Goodness.

I don’t think anyone expected the Yankees to be a great base-running team this season. They’re certainly not built to steal bases. They are a station-to-station offense that is designed to hit the ball out of the ballpark, and risking outs on the bases doesn’t mix with the dinger philosophy. That said, being this bad on the bases was unexpected. FanGraphs had the Yankees as a top three base-running team from 2017-20. Going from that to this is quite the reversal.

The home runs have been harder to come by this season, as have base hits in general, and when you’re not hitting the ball out of the park and also shooting yourself in the foot on the bases, then you’re liable to be one of the worst offensive teams in the game, as the Yankees have been this year. Baserunning is not something that will make or break a season, but it can make life easier or more difficult than it needs to be, and right now, the Yankees are making things harder for themselves with their baserunning.

Issues within the AL East

At 31-29 with a minus-4 run differential, the Yankees haven’t been bad this year, though they are falling well short of expectations. They went 33-27 with a plus-45 run differential during the 60-game season a year ago, and they’re short of that through 60 games this year. The Yankees would not have made a normal 10-team postseason last year and they’re currently on the outside of the postseason picture looking in this year.

That mediocre record and run differential can be attributed largely to the Yankees struggling within their own division. They got beat up at home by the AL East rival Rays and Red Sox last week, though their issues in the division date back to Opening Day. Here are the numbers:

The Yankees have a winning record against the lowly Orioles — that said, New York has lost one fewer game to the O’s this year than they did from 2019-20 combined (24-5 vs. Baltimore) — and are 8-17 with a minus-43 run differential against the other three AL East teams. Against the rest of MLB, the Yankees are 17-8 with a plus-16 run differential.

According to Stathead’s Katie Sharp, the current .400 winning percentage would be New York’s worst against the AL East since divisional play began in 1969. The Yankees have 41 games remaining against AL East rivals (16 vs. Red Sox, 10 vs. Blue Jays, nine vs. Orioles, six vs. Rays), so there’s plenty of time to improve on that .400 winning percentage, but 46 percent of their division slate is already in the books. There’s no taking away those 21 losses. 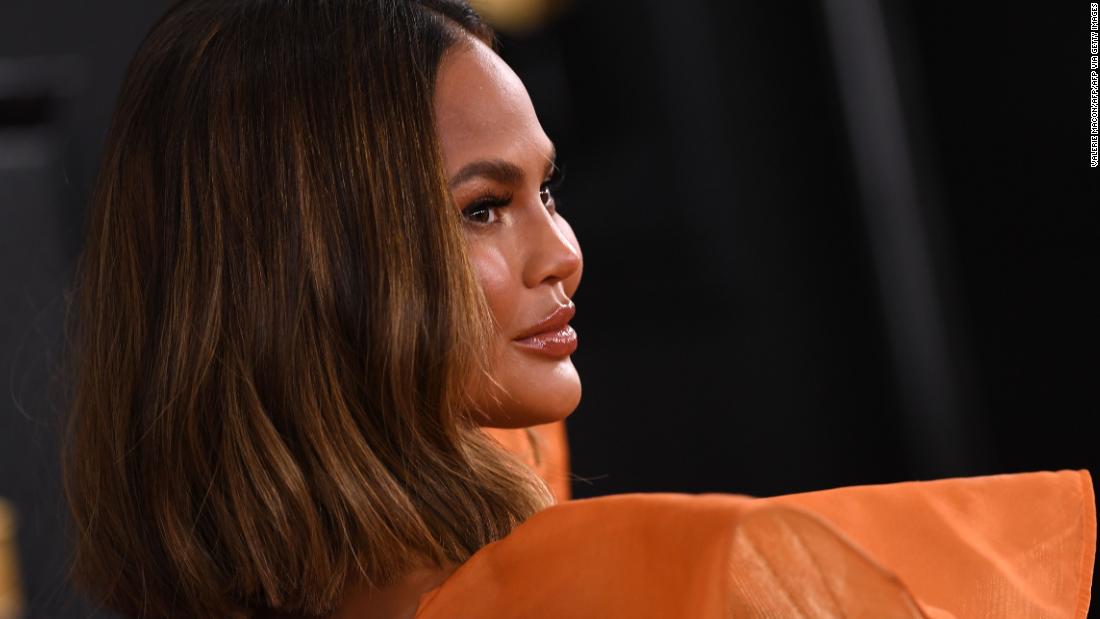 Chrissy Teigen: I was a troll and I’m so sorry
5 seconds ago 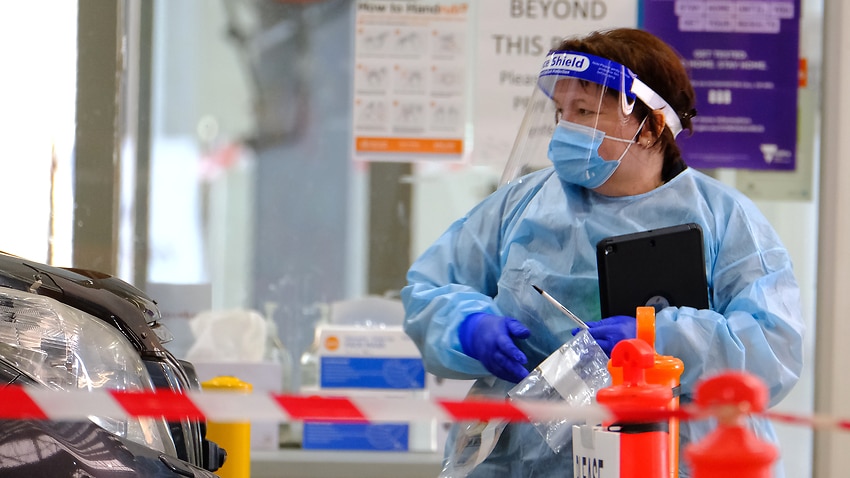 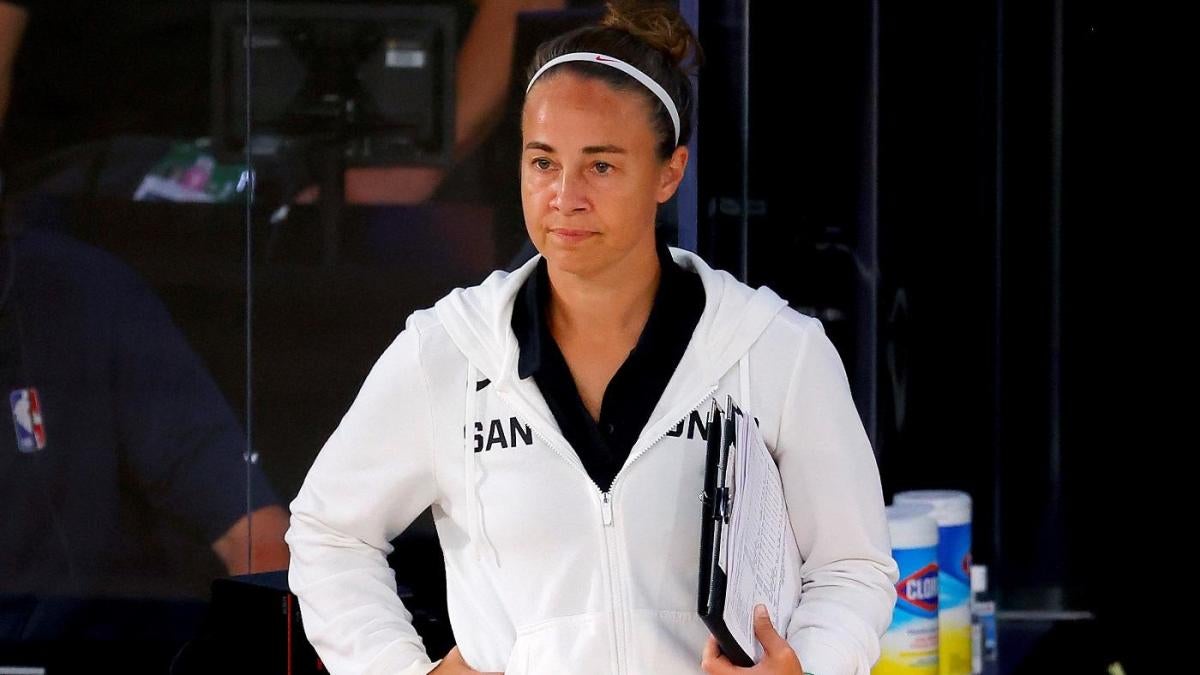