The Padres are one of the most exciting and relevant franchises in baseball right now, and they just locked up one of the faces of baseball for well over a decade.

Is your head spinning yet?

Just a handful of years ago, all of this would’ve seemed laughable.

The San Diego Padres are a franchise with zero World Series titles. Two pennants, sure, but they went 1-8 in those ensuing World Series. Through 2019, the franchise had just five playoff berths and none since 2006. It hadn’t had a winning record since 2010 and only had 14 winning records since joining MLB in 1969.

And yet here we are. The Padres have made themselves one of the most relevant franchises in baseball over the last few years. The nine-figure Eric Hosmer deal wasn’t exactly lauded for the value he would bring on the field, but it showed ownership’s willingness to dish out money from this smaller market. The Manny Machado deal is one of the biggest in baseball history. It was certainly the biggest outside a large market.

Then things turned on the field in 2020, with the upstart Padres turning heads across the nation as Slam Diego. They went 37-23 and advanced to the second round of the playoffs, only to run into the Dodgers Buzzsaw (we’ll get to them in a second).

Still, things were finally looking up on the field. Meantime, general manager A.J. Preller refused to sit idly by and kept making things happen off the field. He traded for Yu Darvish, Blake Snell and Joe Musgrove to shore up the rotation while adding Mark Melancon to the bullpen.

Perhaps the signature offseason move happened Wednesday night, when the Padres of all teams were able to ink Fernando Tatis Jr. to a game-changing 14-year, $340 million deal.

Again, the San Diego Padres. This was in the wake of Hosmer’s eight-year, $144 million deal, Machado’s 10-year, $300 million deal and after acquiring high-priced players on trades.

Again, just a handful of years ago, this would’ve seemed a laughable proposition.

Several of us here at CBS Sports are expecting Tatis to be the best shortstop in baseball this year.

Tatis finished fourth in NL MVP voting last season. He was involved in one of the dumbest controversies we’ve ever seen — not his fault, mind you — but the beauty of it was it seemed like nearly everyone came down on his side. Between all this and now the mega-contract, it’s fair to say Tatis is on the short list of considerations when it comes to the so-called “Face of Baseball.”

No, he isn’t No. 1. Mike Trout and Mookie Betts are fighting for that. There are others in the mix for sure, but Tatis is absolutely one of a handful of players heading toward the season in that conversation.

And, again, what a laughable suggestion just a few years ago.

Tatis’ journey to superstardom has come rather quickly, to say the least. The son of a former player most well-known for two grand slams in an inning, Tatis signed as an amateur free agent with the White Sox in 2015. The following year, he was traded to the Padres, though he hadn’t yet appeared in a Rookie Ball game. After 2016 and 2017, he had blazed through Rookie Ball, all of Class A and had already gotten a taste of Double-A at age 18.

Between his first and second seasons, Tatis greatly improved his defense, lowered his strikeout rate without sacrificing power, raised his walk rate, hit the ball harder and stole bases at a higher rate of success.

Now he’s set to make $340 million through his mid-30s and is on the league’s official video game cover. Not a bad ascent, huh?

Of course, this isn’t a fairy tale and we can’t be sure about the conclusion. If this were an adventure video game — which, let’s face it, are so much more fun than fairy tales — the Final Boss here would be the mighty Dodgers.

Long a thorn in the side of San Diego and its fans, the Dodgers are well-established as the best Southern California franchise. Dodgers fans routinely fill Petco Park and make themselves heard throughout games, much to the chagrin of the die-hard locals.

While it could be argued the Padres won this offseason in making some savvy trades and locking up Tatis before any big-market team even thought it might eventually have a chance at him, there’s now the matter of playing baseball.

The Padres made huge strides in 2020 and were arguably the most fun team in baseball. The Dodgers were the best team in baseball and won the World Series. The series the two teams played against each other ended up with a Little Brother-Big Brother vibe.

No team beat the Dodgers more than the Padres (the Giants also won four), but the end result was the Padres going 4-6 and being outscored 48-36 in their 10 games.

In the playoffs with, yes, a depleted rotation, the Padres were outscored 23-9 and swept in three games by their nemesis.

Heading to the 2021 season, I’m with many people in loving the Padres. I have them second in my pre-spring training power rankings. Of course, I have the Dodgers first.

In just a few years’ time, the Padres have gone from one of baseball’s punchlines to a legitimate force that’ll punch you back even harder. They have high-priced talent. They are incredibly fun. They have a superstar who is one of the faces of baseball — and he’s only 22! — and have him locked up well through his prime. They beefed up their rotation via trade. With a strong farm system we hadn’t even gotten around to mentioning just yet, they are in position to contend for years to come.

Just a few years ago, all of this might’ve been beyond the wildest dreams of Padres fans.

That dream can be balanced with the reality of the situation that while the Padres are awesome, the Dodgers are in their way right now.

Most top competitors wouldn’t have it any other way. It’s a story we’ve seen so many times in sports. The fresh, upstart contender needs to get past that one long-time nemesis in order to finally reach the proverbial top of the mountain.

The groundwork has been laid. We now get to sit back and watch. Can the Padres get through the Dodgers and win their first World Series title? I know two truths:

Such a thought would’ve been laughable.

NIST Cybersecurity Framework: A cheat sheet for professionals
7 seconds ago

Want to be a cloud computing expert? Check out these training courses
1 min ago

Want to be a cloud computing expert? Check out these training courses

IDC: Ethical AI is a team sport that requires smart and strong referees
2 mins ago

IDC: Ethical AI is a team sport that requires smart and strong referees

How to Tap Into Students’ Strengths During Remote Learning 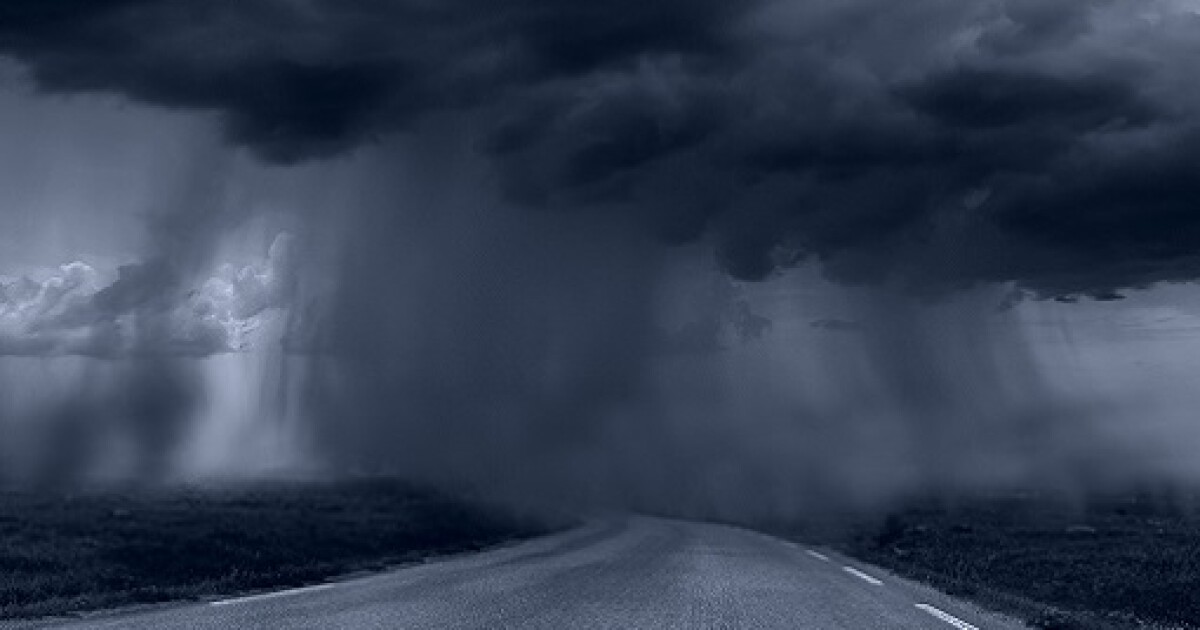