The dog days of August have turned into the postseason races of September. There’s a little more than four weeks remaining in the MLB regular season and still so much to be decided. As of Wednesday morning, 17 teams are within 5 1/2 games of a postseason spot.

Our weekly series examining various trends across the league continues with a look at one player’s pursuit of history, another’s post-trade deadline slump, and a pitcher coming off one of the worst months ever. Last week we broke down two young players coming into their own and Mike Zunino’s weirdly excellent season.

What a remarkable season for Royals catcher Salvador Perez. What a remarkable career, really, and what an interesting career path. Perez has always had power, though during Kansas City’s heyday from 2014-16, he posted a .286 on-base percentage and a 90 OPS+ with iffy defensive metrics. The numbers said Perez’s reputation as one of the game’s great backstops was outsized.

Since returning from Tommy John surgery last year, Perez has been among the best hitters in baseball, and not just among catchers. One of the best hitters period. He hit .333/.353/.633 during the shortened 2020 season, and this year he has 38 homers, third most in baseball behind Shohei Ohtani (42) and Vladimir Guerrero Jr. (39). Most workhorse catchers turn into pumpkins at age 31. Not Perez though. He’s having a career year.

“I’ve been able to see some good players. He’s up there on the top of that list,” Royals catcher Mike Matheny told reporters, including Lynn Worthy of the Kansas City Star, during Perez’s recent five-game homer streak. “There’s very few guys that you can be heading into the last month of the regular season and say that this guy needs to be in the conversation as one of the most valuable players in the league.”

Perez’s 38 homers are tied for eighth on the all-time single-season home run leaderboard among catchers (Piazza also hit 38 with the 2000 Mets). Barring injury or a complete offensive collapse, Perez is a lock to become only the sixth different catcher to hit 40 homers in a season, and he has a very real chance to break Bench’s record. Forty-five homers is well within reach.

It should be noted Perez has played every game but one this season. He’s in the lineup every single day, either at catcher (100 starts) or DH (29 starts). You can look at that one of two ways. Either he’s padding his home run total by playing DH so much (none of the 40-homer catchers had the luxury of the DH), or his season is more impressive because he’s playing through the inherent fatigue and wear and tear of the catcher position. I think it’s the latter. This is damn impressive.

The Royals are too far out of the postseason race for Perez to get serious MVP consideration (plus Ohtani is having a transcendent season), though he doesn’t need MVP votes to validate this incredible year. Perez is in the middle of an all-time great offensive season for a catcher, particularly in the power department. A catcher going deep 40 times is rarified air, and Perez has a chance to hit more home runs than any other catcher in history this year.

“I feel great. I’m so excited with what’s going on right now,” Perez told reporters, including MLB.com’s Anne Rogers, over the weekend. “I always say I love to compete, and we never want to quit, and I thank God for everything. I feel really good at the plate right now.”

A little more than one month ago, Adam Frazier deservedly started the All-Star Game at second base for the National League. He authored a .330/.397/.463 batting line with the Pirates in the first half, and that production combined with his versatility and the fact he is under team control next season made Frazier one of the most desirable trade candidates at the deadline.

The Padres landed Frazier in a four-player trade on July 26 and initially it looked like a “rich get richer” trade. San Diego already had three All-Star infielders (Jake Cronenworth, Manny Machado, Fernando Tatis Jr.), though Frazier’s (and Cronenworth’s) ability to play multiple positions meant the Padres would have little trouble getting everyone into the lineup together.

To date, the trade has not worked out as hoped. Frazier is hitting .223/.279/.262 in 29 games with the Padres, and he’s gone from hitting at the top of the lineup to hitting at the bottom of the lineup to being out of the lineup entirely. Four times in the last seven games Frazier was on the bench. In his three starts, he went a combined 2 for 13. The last few weeks have been a real grind.

“Just probably pressing a little bit,” Padres manager Jayce Tingler recently told reporters, including Kevin Acee of the San Diego Union-Tribune, about Frazier’s slump. “You really never see him swing and miss or have the punch outs. He’s one of the toughest outs in the league and right now he’s not feeling it.”

Acee notes Frazier put the ball in play only six times in a 29-swing span at one point last week, which seems impossible. It’s not so much that’s swinging and missing more (though he is). It’s that he’s fouling a lot of pitches away as well. Look at some of these middle-middle pitches Frazier fouled off. These were potential damage pitches.

You’re going to miss hittable pitches from time to time, that’s just baseball, but Frazier has done it a little too often lately. Everything was going his way with the Pirates. Frazier would get something to hit and drive it with authority, and results often followed. With the Padres, he’s having to fight it a little more. His timing is off just enough to drag down his results significantly.

“Timing has a lot to do with it. The first four months of the season, whatever it was, I felt like I was on time every day and hitting line drives instead of ground balls,” Frazier told reporters, including Dennis Lin of The Athletic. “I think (joining a new team in the postseason race is) all part of it. I’ve just got to figure out how to get back to where I was and just finish strong.”

Some of Frazier’s success with the Pirates was probably too good to be true. His .359 batting average on balls in play was a top-15 mark in baseball prior to the trade and well above his .303 career average. Frazier has dipped down to a .264 average on balls in play with San Diego, which is low, but not outrageously so. The return to Earth has been somewhat expected.

Although he’s probably not really as good as he was in the first half, Frazier is better than the guy whose triple slash line starts with 2’s across the board with San Diego. He’ll right the ship eventually and become a productive player, and it’ll happen once he gets his timing back at the plate. For the Padres, the question is can Frazier figure it out in time to help get them to the postseason?

Not much has gone right for the Orioles this season. Cedric Mullins has been dynamite, legitimately one of the best players in all of baseball. Ryan Mountcastle has had a fine rookie year and Trey Mancini has made a successful return from stage 3 colon cancer, and the good ends there. The O’s are barreling toward their third 100-loss season in the last three 162-game seasons.

Since then though, the season has collapsed on Fry. The Blue Jays tagged him for four runs in two-thirds of an inning on June 19, and nine days later the Astros got to him for three runs in 1 1/3 innings. The wheels really came off in August. Fry made 11 appearances last month and allowed multiple runs six times. His August numbers:

That’s a 21.86 ERA and a 3.86 WHIP in August. Fry is the ninth pitcher in history to allow at least 19 runs while throwing no more than seven innings in a calendar month, and the first since Zack Britton allowed 20 runs in six innings in July 2011. Britton was still a starting pitcher at the time (he didn’t move into the bullpen permanently until 2014). Chien-Ming Wang is the only other pitcher to do it this century (23 runs in six innings with the Yankees in April 2009).

Not too long ago Fry was having a fantastic season and looking like part of the long-term solution in Baltimore. He was so good that other teams wanted him at the trade deadline. Now Fry’s coming off one of the worst calendar months of the century, a month that was so bad the Orioles had to send him to Triple-A. Fry was optioned down after allowing four runs and getting just one out against the Rays this past Sunday.

“You see that in his misses, the walks, a lot of arm-side misses with the slider,” Orioles manager Brandon Hyde told reporters, including Roch Kubatko of MASN Sports, about the decision to demote Fry. “So we just felt like the right thing for Paul, which we believe in very much, is to have him to go down there and get some appearances in Triple-A and hopefully come back up here with the confidence he had in the first half.”

Fry chalked his struggles up to a confidence issue — “I had a couple shaky outings and I think they just kind of piled onto each other,” he told Kubatko — and I’m sure confidence plays a role in it. How could it not? When a player struggles this much though, I’m inclined to believe there are multiple causes. A mechanical issue, maybe he’s nursing an injury, something like that. It can’t just be confidence, can it? Whatever it is, Fry just wrapped up one of the worst pitching months ever not long after being one of the game’s sneaky-great relievers. This sport can humble you quick. 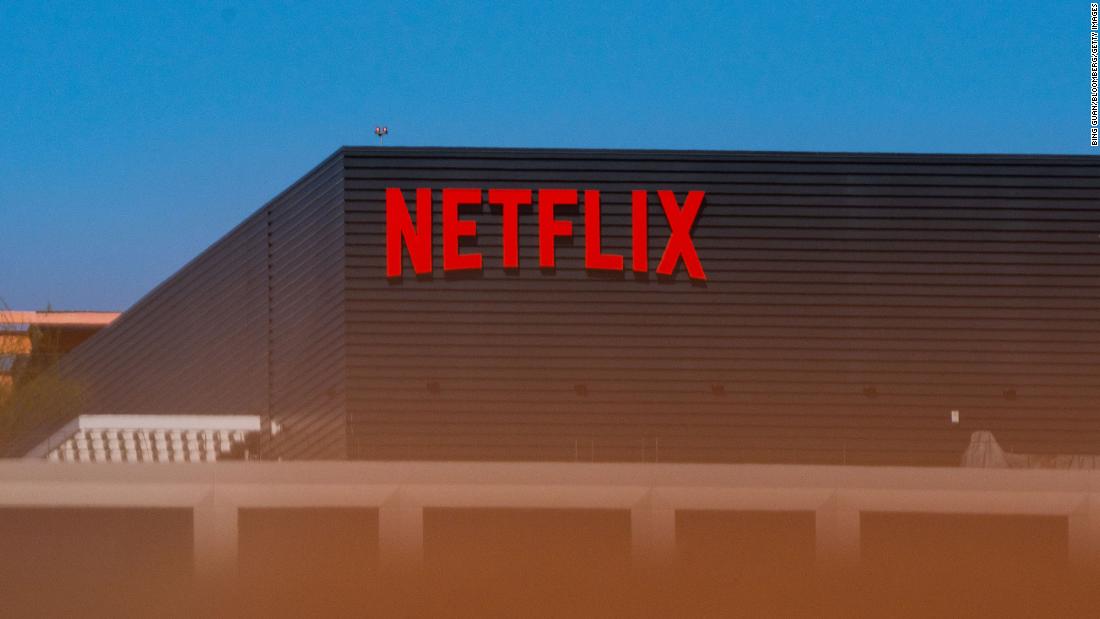 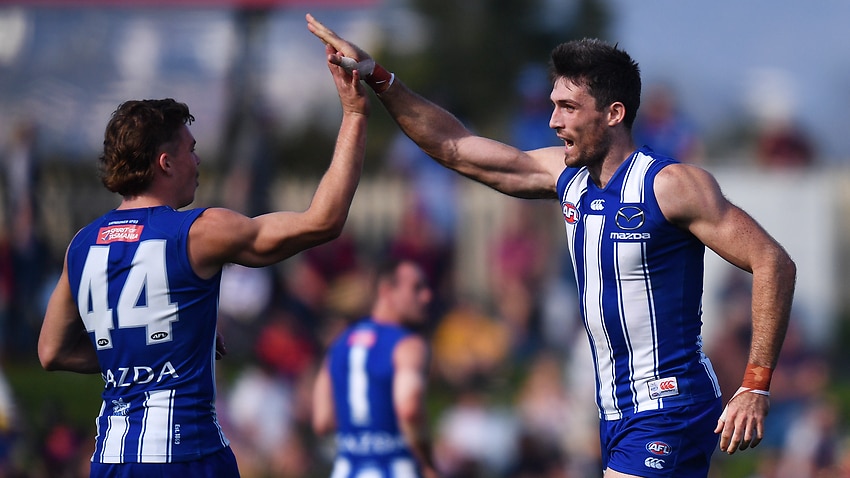 ‘We all have a role’: Hundreds of AFL players call for greater climate action
3 mins ago 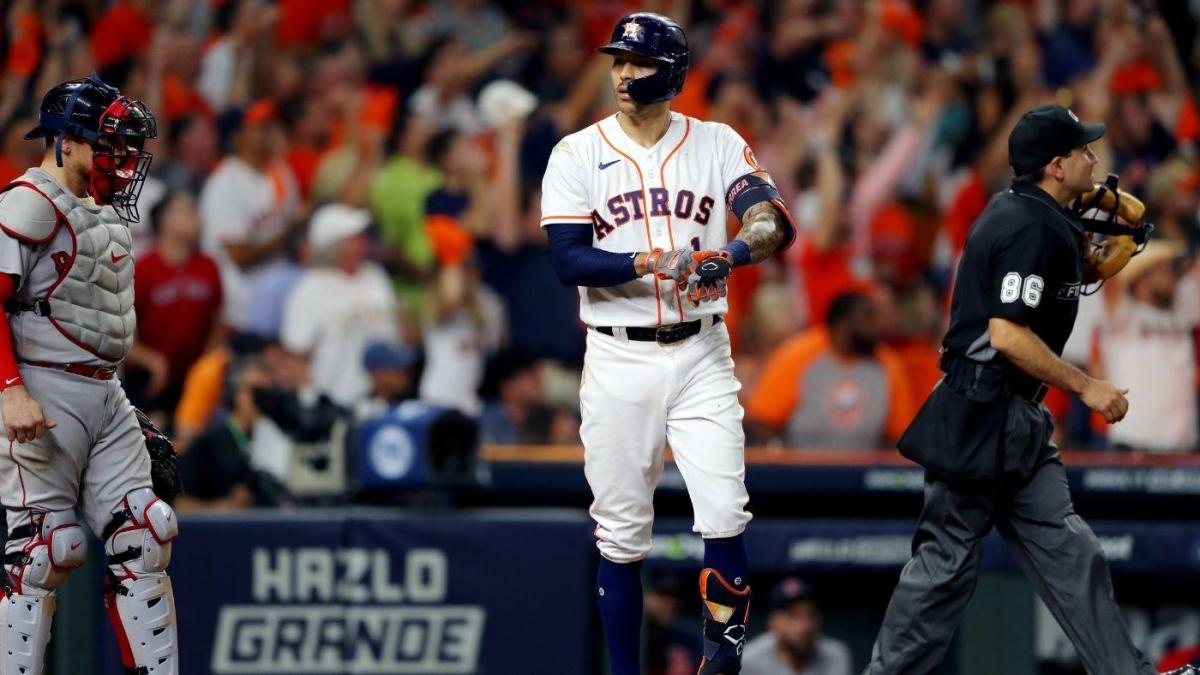 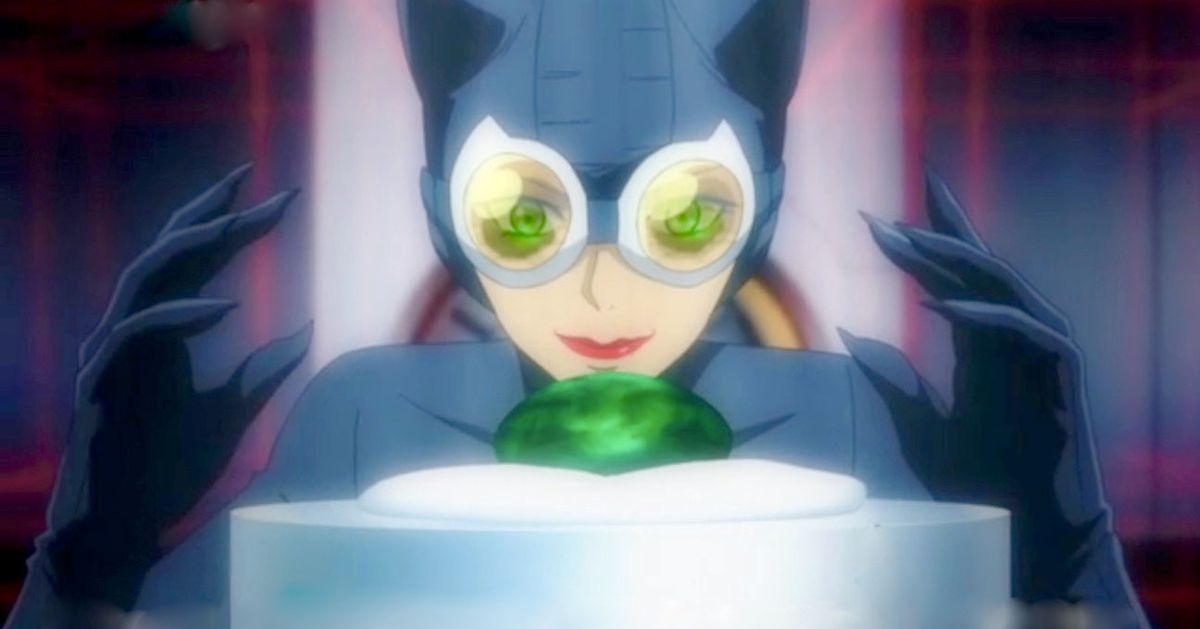